The truth about cats and dogs
Life
Social & Lifestyle

The truth about cats and dogs

While details for mandatory pet registration are being revised, people must rethink the idea of responsible ownership

Aunt Chutima has adopted 70 stray cats and 30 stray dogs in her neighbourhood of Ang Thong province. Yet she never considers them to be a burden, even though she is partially blind. Each month, she spends over 10,000 baht on food for the abandoned animals that now call her place home.

But when Aunt Chutima heard of the recently proposed law that would require her to have all her furry friends registered -- an undertaking that would leave her 45,000 baht out of pocket -- she was dumbfounded.

Aunt Chutima is not the only one perturbed by the mooted law change. An 83-year-old granny in Pathum Thani who has fed hundreds of abandoned dogs for years is also on tenterhooks.

"Instead of asking people to register their pets, why doesn't the government fix the root cause of the whole problem?" she demanded.

Public outcry has grown louder among animal lovers since a bill ordering the mandatory registration of pets was approved by the cabinet earlier this month. The bill is sponsored by the Department of Livestock Development under the Ministry of Agriculture and Co-operatives and is being proposed as an amendment to the 2014 Cruelty Prevention and Welfare of Animals Act. Its advocates say it has been designed to promote responsible ownership. It requires all pet owners to pay 450 baht per animal as a registration fee. Failure to do so could mean a fine of up to 25,000 baht.

Although many agree with the bill in principle, there are serious concerns over its implications. In particular, it is felt that the 450 baht fee could unfairly impact on those who feed stray dogs and cats on the street out of sympathy and do not claim ownership of the animals. At this point, the Agriculture and Co-operatives Ministry plans to work with the Council of State to revise the bill in order to avoid placing too much burden on the general public.

Deputy director-general of the Department of Livestock Development Somchuan Ratanamungklanon said they are gathering feedback and taking into consideration the sentiments of all concerned. However, they are intent on going ahead with the amendment.

"Most people agree [with the proposed law change] in principle. They are only worried about the expenses," said Somchuan in a panel discussion entitled "Cat And Dog Registration: Scrap Or Move On?", organised last week by Chulalongkorn University's Faculty of Veterinary Science.

He believes that the proposed law amendment will address this issue. The increase in the number of stray dogs and cats affects not just the animals but people and society as well.

"Coexistence between animals and humans requires proper organisation and management which is, of course, based on compassion," he continued. "Problems like children being bitten by stray dogs, poor sanitation and diseases like rabies that are transmitted from animals to humans can be put under control with the help of this bill. Mandatory registration would make people more responsible for their animals." 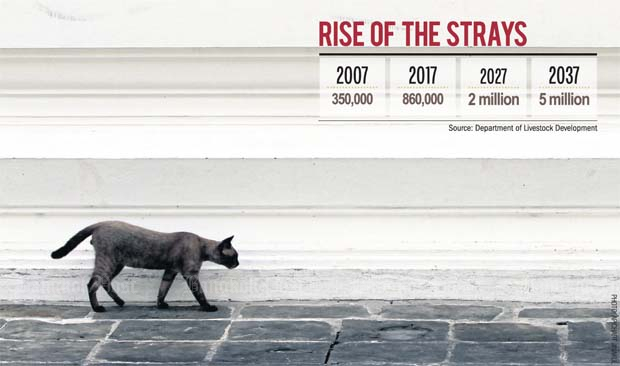 Mandatory pet registration has actually been discussed in the country for quite some time, said Assoc Prof Dr Nantarika Chansue of Chulalongkorn University's Faculty of Veterinary Science. When people have their animals registered, it symbolises the sense of responsibility pet owners feel towards their pets.

"When it comes to keeping an animal, love alone is not enough. People must be responsible too. You shouldn't just give them food and then leave them to their own fate," said Dr Nantarika, director of the Aquatic Animal Research Centre and founder of "Give Them A Hug" project, a campaign that aims to create awareness of appropriate care for pets and captive animals.

Prof Dr Roongroje Thanawongnuwech, dean of the Faculty of Veterinary Science at Chulalongkorn University, believes the proposed bill could help identify the actual number of cats and dogs so that they can be properly taken care of by means of vaccination, sterilisation and so forth.

"This is all for animal welfare," he said. "Campaigns that have been set up to help stray animals are helpful but they do not fix the root cause of the problem. What we need to do is control their populations."

While the idea of pet registration is widely accepted in theory, Dr Nantarika is of the opinion that the details of the proposed amendment should be carefully discussed, revised and well thought through before implementation.

"The issue of stray animals desperately needs to be properly managed. Otherwise a colossal amount of money will have to be spent. Today, for example, Thailand has over 800,000 stray animals. If each of them needs, say, 20 baht for food per day, that means 16 million baht a day in total -- almost 6 billion baht a year," she added.

Dr Nantarika suggests that a model community be set up where the mandatory pet registration is piloted. That way, the country can see if it actually works and identify whether there are loopholes or other details that need to be ironed out.

"I believe Thailand will finally adopt pet registration, as in many other countries. But to make it a success, public collaboration is necessary. The government should listen to people's concerns and requirements and come up with agreed-upon details before putting the law into practice."

Representing the Livestock Development Department, Somchuan has given assurances that the law will not place undue burden on the general public.

"The 450 baht registration fee could be waived at the beginning. Then we could offer incentives for pets that have already been sterilised. Also, each community should be able to work among themselves to determine how much money should be collected to cover fees, as well as come up with regulations that fit their own context," he said.

Those who feed strays without claiming ownership over them are encouraged to register themselves as an animal shelter, which will entitle them to state support, including the provision of castration and vaccination. So far, according to Somchuan, 42 temples and 70 private parties have been registered as animal shelters.

As a veterinarian dedicated to helping injured animals (including the sea turtle Om Sin which died last year of blood poisoning after swallowing almost 1,000 coins), Dr Nantarika said that the most sustainable solution to the abandoned animal problem starts with humans. While the state is playing its part, everyone should keep in mind that responsibility is key when it comes to looking after animals.

"There are three circles: human, animals and the environment. How can we make these three circles coexist in harmony and happiness? Collaboration from animal owners is crucial to making the pet registration idea possible. In the end, this will bring about safety and welfare not just for the animals but also for human beings." 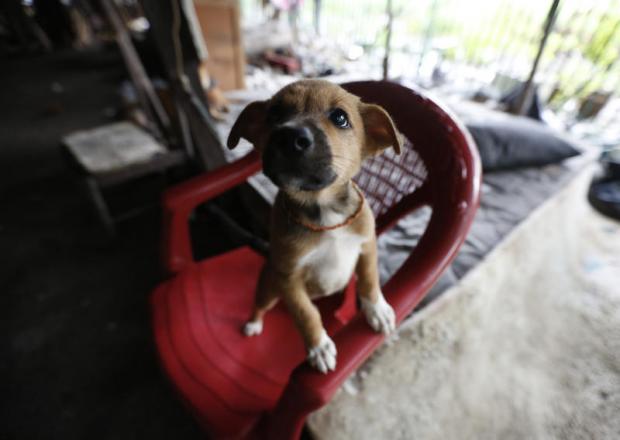 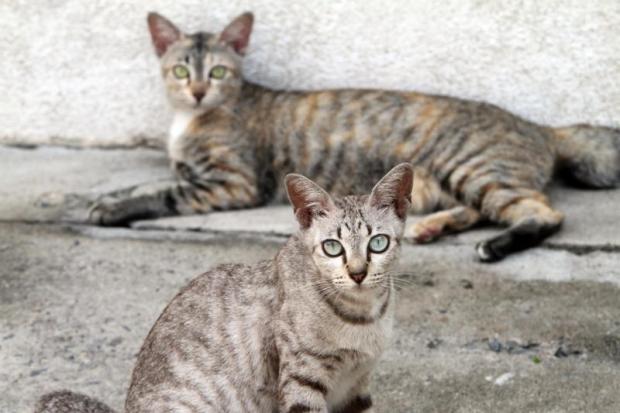 PET REGISTRATION AROUND THE WORLD

♦ The Netherlands: Dogs must be registered at the local town hall and an annual tax paid to the tax office. Dog taxes vary from area to area. There are additional charges for each additional dog. In The Hague, for example, the first dog costs €111.96 per year and the second dog €287.40 per year.

♦ Northern Ireland: Pet dogs and cats must be licensed individually. A licence costs £12.50. All dogs in Northern Ireland must also be microchipped at eight weeks old and before an owner applies for a dog licence.

♦ Germany: Dogs in Germany need to be licensed and are subject to a dog tax. Dog owners pay a lot more dog tax per animal if they have multiple dogs.

♦ New Zealand: All dogs over three months must be microchipped and legally registered. To register a dog, owners must provide information and pay a fee to their local council. A registration disc or strap will be provided for the dog to wear. Failure to register could result in a fine.

♦ Japan: Each new pet dog must be registered within 30 days. Once it is registered, the owner will be given a licence tag, which should be attached to the dog's collar. The licence fee is around ¥3,000.

♦ Singapore: All dogs must be licensed for traceability in the event of a rabies outbreak, as well as to promote responsible pet ownership and discourage abandonment.

Meet Mark Tuan of Got7 in livestream event