Monsoon Tea opens its first teahouse in Bangkok in 101 The Third Place lifestyle complex at BTS Punnawithi on Jan 18. The teahouse will provide more than 50 teas for your drinking and buying pleasure. Visit monsoon-tea-company.com.

Kenneth Rimdahl is a Swedish tea sommelier and has been in the "T" business since 1994. In 2013, Rimdahl founded Monsoon Tea in Chiang Mai, after he was introduced to miang, fermented tea leaves, and free-grown tea plants enjoyed by Thai mountain dwellers for centuries. Impressed by the unique and remarkable flavour of miang and the sustainable way it is grown, Rimdahl decided to specialise in wild and free-grown tea indigenous to the forests of northern Thailand. He will soon launch Fhaang tea, an upscaled version of Monsoon, which can be savoured at one Michein-starred Saawaan in a tea pairing.

How did your interest in tea begin, considering Sweden is one of the world's top coffee consumers?

A friend and I wanted to live in Barcelona, Spain. One of our ideas was to open a tea shop there because there were no tea shops. So he started a tea shop and asked me to open a shop in Madrid. What he didn't tell me was that Spanish people hate tea. I opened the shop and though it was difficult in the beginning, the East West Company has 82 shops throughout Spain, Argentina and Brazil today.

Around 19 years ago, when we were big enough to start importing our own teas, I was sent to Asia and came to Thailand to look for teapots. I always drank tea but I was never a tea nerd. I never knew that Thailand had tea. In Chiang Mai, I met Vorakan 'Aek' Wongfu, who is now my business partner in Monsoon Tea. Aek introduced me to miang, and that didn't even look like tea. We went to the mountains and I saw a way of growing tea that I had never seen before -- growing in harmony with the forest in the mountains.

Five years ago, I decided to stop working with East West and set up Monsoon Tea, which concentrates on tea grown in the forest. 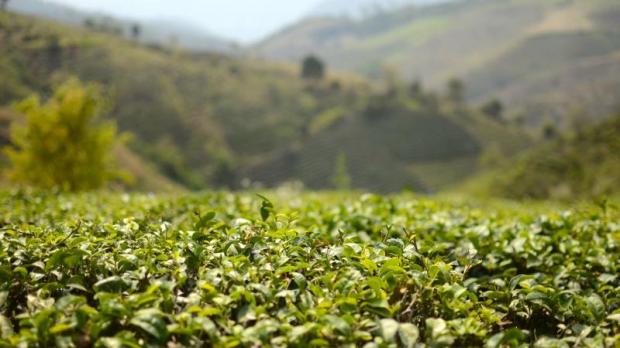 The first phase of sustainability for Monsoon Tea is to keep the biodiversity, to keep the forest untouched. To be sustainable is many things and we are working step-by-step, our main goal being to grow the tea with the forest -- not to take the biodiversity away from the mountain. We are also fair trade and the farmers set the prices, especially since they are the ones who are putting in the work. We do not negotiate with them. Eg, if the farmer's walked for three hours in the forest to pick the tea, it is more expensive. We don't do blends, we are more of an 'ethnic' tea. The teas are from one place and we let nature play its role in the taste.

However, for our flavoured teas we use imported fruit oils, but the herbs and spices we use are local. We are not trying to be tea from China or Japan, if we make a mistake and it tastes good, we continue with the mistake. We are trying to be close to where we are from and add my international experience of the tea market to it. 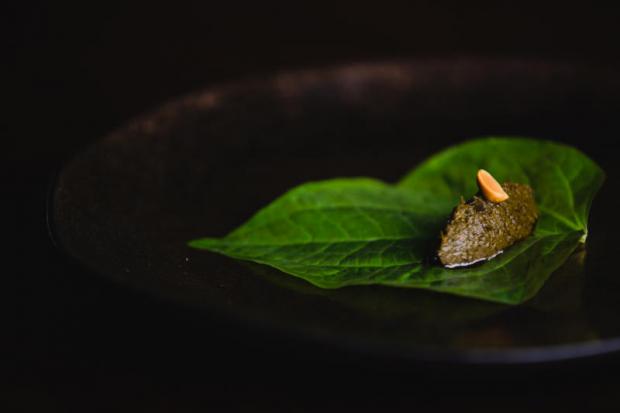 Miang at one Michelin-starred Saawaan is made from wild tea leaves and is paired with Lanna Black, black Assamica from Mae Taeng from Chiang Mai, both Fhaang products. saawaan

What is Fhaang tea and how does it differ from Monsoon?

Fhaang, in collaboration with Avril Productions, is a continuation of Monsoon; in the sense that we have the same philosophy of keeping the forest intact and growing it along with the forest. We grow it in different areas of Thailand and here at Monsoon we sell a lot of flavoured teas but the Thai tea makers are very skilled and can make high levels of tea. So we started Fhaang like an upscaled version of Monsoon, more pure, artisanal or hand-rolled. We will not have flavoured teas, we will focus on exclusive tastes. In high-level teas, a lot depends on seasonality so we may put out new teas annually. The teas also may change over the years.

Thailand does not have a tea-drinking culture. Is that changing?

Tea culture, like many things, is growing everywhere, even internationally. The Thai iced tea has always been popular, and you have the Chinese influence in Thailand, so there has always been a Chinese tea tradition. I have noticed a strong growth in sales so tea-drinking is definitely on the rise. Monsoon plans to open teahouses all over Thailand and Asia. The transport of tea is a sensitive thing and so it's better to work locally. It's important to give people in Thailand, tea from Thailand.

What is your favourite tea?

That is a difficult question to answer. When you work with tea and you have it around you, it depends on your feeling. Sometimes you feel like green tea; I love Chinese teas like longjing and Japanese teas like gyokuro, so it really comes down to what you feel like. Today when I drink Thai teas, I begin to appreciate the wildness in the tea, which is less fine and tastes a lot like nature. I drink a lot of flavoured iced teas and I like Monsoon Tea's white and jungle tea the most. For Fhaang, we have developed some black tea called 'Golden Tips', which I really like, along with its white tea. 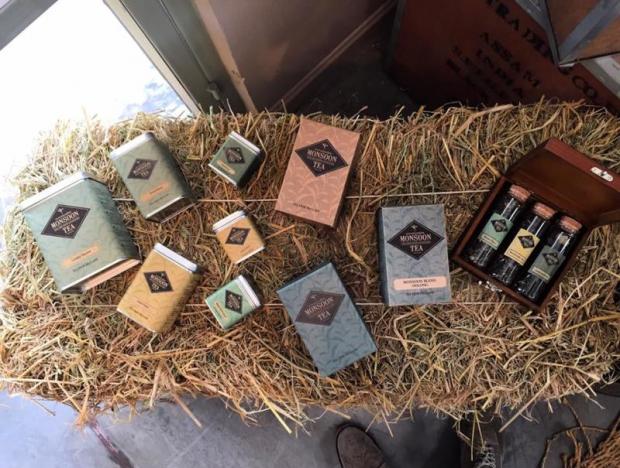