Swiss-born Nicolas Elalouf, owner of Man Mo Dim Sum, may be many things. But one thing he doesn't want to be called is "chef".

"I can't call myself a chef. I have too much respect for the profession. I am not a dim sum master but a master of dim sum," he says. "Many are better than me at making dumplings but not many have the same knowledge that I do about dumplings."

Man Mo Dim Sum in Hong Kong claims to be the world's first contemporary dim sum restaurant. Elalouf spent five years working in Hong Kong as a food supplier, during which time he tried most of the city's dim sum establishments. He came to the realisation that it was all more or less the same -- following the same recipes, using the same ingredients -- whether it was from a fancy restaurant or a humble local eatery.

"Of course, [the fancier restaurants use] different and better ways of cooking or better produce. But at the end of the day, especially for a Western palate, there's no difference," he says. "If you look at the history of dim sum, it began with workers and farmers in tea-houses. There hasn't been much evolution. And I'm not a fan of the taste. I find it boring, so I tried to do something about it."

Man Mo isn't what you might expect for a restaurant that makes such big claims for itself. Instead of one of Hong Kong's more exclusive locations, it is tucked away on Lascar Row, an old street famous for its antique stalls. The restaurant takes its name from a temple on the street. Occupying an attractive and cosy space, Man Mo seats just 30. On the ceiling are the words, "get inspired by the past to create the future". This is what Elalouf does best.

"I'm on a traditional street, in a super modern restaurant. The contrast between old and new is what defines Man Mo," he says. "Knowledge of dim sum is the key to success and I hold great respect for it."

Elalouf graduated from a hospitality school in Lausanne and eventually made his way to Hong Kong. He first learnt to make Beijing dumplings before graduating to dim sum.

"I took this knowledge, went back to Switzerland and met with chef friends to discuss exotic fillings. I came back to Hong Kong, found a place, found a dim sum master from [Michelin-starred] Din Tai Fung and a sous chef from [three Michelin-starred] L'Atelier de Joël Robuchon, and opened Man Mo.

"I"m a Swiss living in Hong Kong [where] the speciality is dim sum. No one does it except for the Chinese. People are trying to reinvent cuisines and modernise them but no one touches dim sum. I thought it would be interesting to do it from a Western point of view." Not exclusively Western, mind you: among his creations is tom yum xiao long bao. "I'm influenced by any cuisine," he explains. "But mostly French."

Reinventing dim sum in its cultural and spiritual home is a bold move. When Elalouf first opened Man Mo, he got only Chinese customers who came out of curiosity. They didn't turn out to be very adventurous, however, and didn't really understand the concept of the restaurant. Feedback was confusing as result.

"But I was impressed that they came," he says. "That was step one. Now most of my customers are expats and a few Chinese customers who are regulars. I have customers who don't particularly like dim sum, but still dine at Man Mo."

The reason for this, he says, is because he imports 95% of his produce. As a result, prices are high compared to most other dim sum restaurants. Another factor is that dim sum is traditionally served early in the day. But Man Mo doesn't open until noon, and serves until late.

"My cuisine isn't fusion, it's contemporary. I've been open for five years and been [ranked] one of the top 10 dim sum places in Hong Kong. That's something to be proud of," he adds. Truffle Brie dumpling is Man Mo's signature dish and has been on the menu since day one. "I serve my dim sums in twos or threes, so diners can try more. Every bite has to have the wow factor, which is better achieved in small portions. I am changing the way dim sim is eaten -- more tapas style than traditional. What I really like with this style is that even if it's not appealing to the palate, it's a small portion and customers can move on to the next dish. It's also sharing the same food at the same moment."

Why didn't Elalouf take the easier route and open shop in Europe? "I'd rather do it in the city it comes from. To give legitimacy to what I do, I studied the history and all the variations and recipes of dim sum. No one in the world does what I do," he explains.

Having said that, Elalouf is now ready to make the move into Europe and has chosen Paris for his location. "It makes no sense to open another branch in Hong Kong. I am doing something contrary to the current trend -- most European chefs are coming to Hong Kong, I am expanding to Europe." Elalouf hopes to make dim sim "what sushi was 15 years ago when it became popular in Europe and was everywhere".

"There is a new dim sum generation coming," he says. "A lot of my customers call me French dim sum, but I do spiced lamb, which is more Middle Eastern, and a tomato mozzarella, which is Italian. Most are French-inspired because it's the cuisine I know. Inspiration can come from anywhere and this is just the beginning. I am creating vegetarian and even gluten-free dim sum."

In the five years he's been open, his concept is yet to be copied. But that's coming, he believes. "I'll finally have competition, which means I'll need to push myself more than I do now. The advantage I have is that I have been doing it for five years. Being copied is a reward, it means my concept is working." 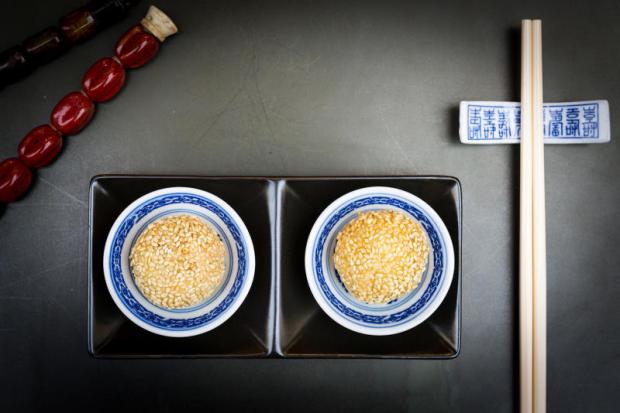 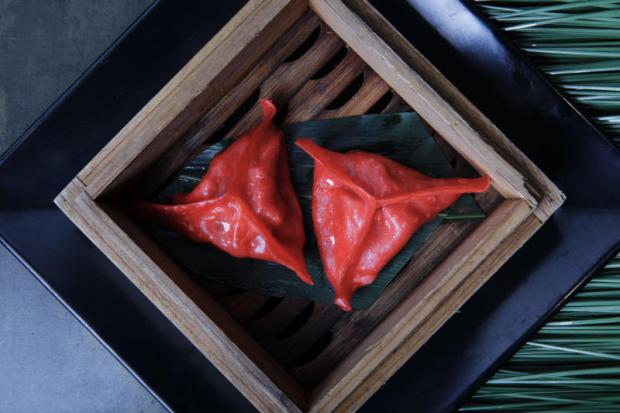 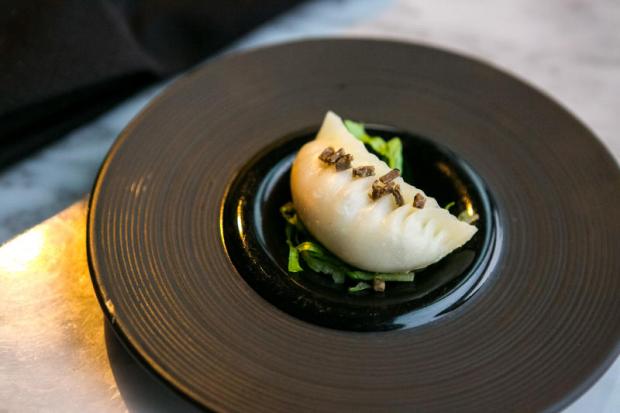