The politics of change

Ahead of the general election, Life talks to LGBTI candidates

It is less than a week until the much-anticipated general election. For the first time in the history of Thailand, we are seeing a huge turnout of LGBTI candidates from different professions and backgrounds, jumping on the political bandwagon and representing sexual diversity. Out and proud, many of them are standing as candidates or are working with political parties in order to make their voices heard.

Ahead of election day, Life talks to four hopeful politicians, who are aiming to bring greater diversity to Thai politics. They share their stories and hopes for the future of the country. 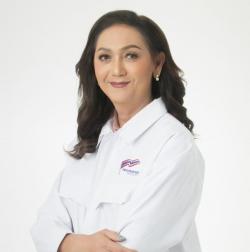 When the news came that Pauline had announced her candidacy for the prime minister's chair, we were all shocked. There is now a possibility that a transgender woman could be the country's next PM.

"We're working for people across the spectrum. We're not here to protect the rights of transgender or LGBTI people alone. We want to push for equality in every area, especially economic equality," she told the Bangkok Post.

Before heading down the road of politics, Pauline (then known by the name Pinit) was pursuing a very different career. She worked at the Bangkok Post as a business reporter for seven years before moving on to careers in advertising and real estate. Later, she became well-known among the football community for her role in founding the Cheerthai Power group.

In 2017, news broke of Pauline's transition. She returned to Thailand from the US and became quite a celebrity, and an icon within the LGBTI community.

Last November, she was recruited by the Mahachon Party, helping them to draft strategies. It was a task she gladly accepted.

"I am ready for political work. There is no past to hide or stories to uncover. Some politicians may have something to hide, but I have none. All I have is knowledge and expertise that I intend to put to good use," she said.

While human rights and equality are among the party's top priorities, Pauline said there are a great many issues they wish to tackle. One of these is the decriminalisation of sex work. By recognising it as a profession that is entitled to rights and welfare, sex workers can be protected from abuse and maltreatment.

Other policies she wants to push include a fair wage system and free education from primary school to college. As a former sports promoter, she also aims to promote sports and tourism to help boost the economy. 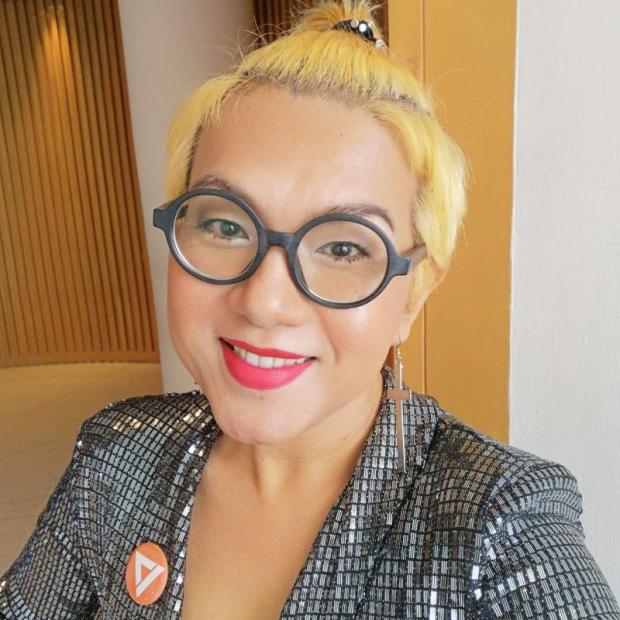 Tanwarin is perhaps best known for his various film and TV projects. In 2010, his controversial film Insects In The Backyard was banned on the grounds of moral indecency. He fought a seven-year legal battle to get the ban lifted and says that the experience made him realise politics affects us more directly than many understand.

So when the opportunity presented itself, he announced his desire to become the country's first katoey MP, to advocate for gender equality and diversity and to give more support to the Thai film industry.

"Some people asked why a katoey would want to get into politics. Some have criticised how I look. Some just don't get it," he said.

One cause Tanwarin is trying to push, along with candidates from several other parties, is an amendment to the Civil and Commercial Code, Section 1448, the country's marriage law, which says that marriage can only be between a man and a woman.

"This says outright that we're unequal," he said. "We hope to amend it to say any two persons can be married. If this can be fixed, it would remove a barrier and open the doors to many other things."

The former president of the Thai Film Director Association said he also wants to push for more support for arts and culture in the country. He feels that Thailand doesn't have a strong film-viewing culture and wants to encourage people to watch all types of films and embrace diversity in entertainment so that it can be more than just a fleeting bit of fun. He believes that we should learn to appreciate film as an art form, and also recognise it as a form of business.

Before we cast our ballots, Tanwarin asks everyone to come together and help bring change to the country.

"None of these things can happen if we don't have a democratic government," he said. 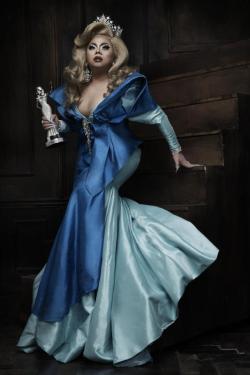 Drag queen Assadayut, who goes by the stage name Natalia Pliacam, was the winner of Drag Race Thailand Season 1. Aside from performing and selling coffins (his family's business), Assadayut is also on the executive committee of the Thai Local Power Party, whose LGBTI policy he oversees.

What's drag got to do with politics? Assadayut believes his involvement is challenging the belief that politicians can only have a certain image and a certain look. He wants to bring a voice from the LGBTI community and speak out on different issues to show that anyone can go into politics because all of us own this country equally.

"LGBTI people can help move society and the economy forward," he said. According to his vision, and his party's policies, Thailand will give equal opportunities to all, regardless of gender.

"Some still don't accept LGBTI people in the workforce. We need to change that. Say, if you want to be a teacher and you're also katoey, you should be able to pursue the profession nonetheless. The criteria should be based on one's skills and talent, not on gender," he insisted.

Assadayut also campaigns for marriage equality. Aside from it being a basic human right that all should be entitled to, he believes that it can open up economic opportunities for the country. He thinks that Thailand could one day be a hub for gay marriage -- a land of freedom where all couples can come and get married.

Transgender people, he said, should be able to change their legal gender. They should also be granted the same access to healthcare and other benefits as everyone else. We all pay taxes.

"As Natalia Pliacam and as a politician, I feel that what I'm bringing to the table is diversity," he said. "I'm possibly the first drag queen to go into Thai politics. But while I'm here for the LGBTI population, I'm also here for everyone. We can all coexist. If things really go according to my vision, everyone will benefit." 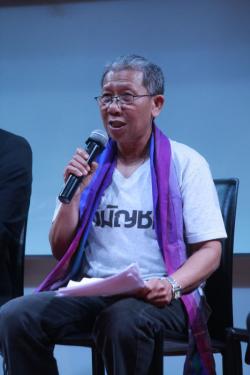 For many years, Phakwilai has been working as a member of different NGOs advocating for gender equality and women's and LGBTI rights. His father was a teacher and local politician, so Phakwilai has been schooled in politics from a young age. At the same time, he said he never really understood the importance of it until he began working in social development.

"Despite being the ones who are directly affected by the country's problems, we never get to be involved in policy-making. Others draft bills for us, decide things for us, all without even knowing us or how we live," he said.

So it's time for the voice of the grassroots to be heard. Phakwilai is now an MP candidate based in Surin province and plans to push for a draft of reforms, from decentralising power to legalising cannabis to amending the marriage laws. Previously, he was also part of his local tambon administrative organisation and even worked with the community's youths in handling environmental issues.

"It's time for us in NGOs to go home and make a difference in our own communities," said Phakwilai. He has been observing this election closely and is pleased to see so many LGBTI people coming out and taking part in determining the country's future.

"I think many now realise that the fight outside parliament isn't as effective as inside it," he said. "NGO workers need to join politics themselves if they hope to make a change. We can campaign on the streets and file petitions, but in the end it always goes through a representative that we didn't choose and who doesn't care about us.

"But if we have our own representative in office -- regardless of the party -- the issue will be presented and discussed, then pushed to become policy."

Phakwilai is very happy that so many parties are now discussing LGBTI-related issues and that they are putting forward LGBTI candidates in both their party lists and local districts.

"Regardless of whether any of us end up as MP, every single vote given to LGBTI candidates from any party is proof that society is accepting us at last," he said.