Khunying Lin Srivisanvaja was the first Thai woman to receive a medical degree and practise medicine in Thailand. Sumalee Viravaidya, a journalist, ensured a gender equality clause was added to the Thai constitution. Khunying Yai Damrongthammasan was a devout dhamma practitioner who wrote a widely celebrated Buddhist text. 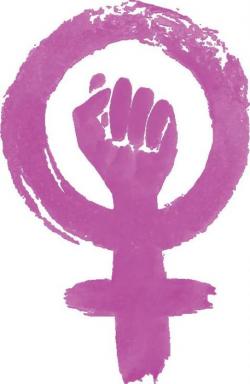 What do all of these women have in common? Relative anonymity. Despite their achievements, none has a Wikipedia page or an online presence on a level commonly associated with their male peers. And yet their accomplishments have had a lasting impact on Thai society.

In order to help recognise women who have contributed to positive change in society, Unesco has initiated the project #Wiki4Women, which coincided with last month's International Women's Day. It was carried out in cities all over the world, including Cairo, Lima, Paris, New Delhi, Reykjavik and Bangkok.

In the Thai capital, the project invited like-minded digitally literate citizens to edit and create content on Wikipedia to highlight and honour important historical female figures in the areas of education, science and culture. The "edit-a-thon" was carried out with guidance from a team of volunteers from Wikimedia Thailand.

"Nowadays, we can see many talented women in Thailand and around the world, but not many events to give them an opportunity to showcase their work," said Nathanik Klaklangsmorn, editorial liaison officer at Associated Press. "So as soon as I heard about #Wiki4Women, I got in touch straight away. More profiles of talented women in both digital media and the real world will showcase their achievements and inspire others to follow in their footsteps."

A quick Google search easily yields information on prominent men spanning every period of history. Their female peers have far less of a presence in the digital sphere. Women's achievements remain unrecognised, and in some cases, even suppressed.

But what is so important about having a Wikipedia page?

A closer look reveals that only 17% of biographies on Wikipedia feature women and only 10% of people who create and edit content on Wikipedia are women. Women have a hard time getting a look in history because most of it is written by men.

Movements like #Wiki4Women are bringing more stories of notable women to light, allowing people to become more aware of the great contributions women have made to help shape our common history and society.

Khunying Lin, Sumalee and Khunying Yai are just there examples of women lost to history despite the significant changes they helped bring about in society. Upon her return to Thailand from studying abroad in 1924, Khunying Lin, née Margaret Lin Xavier, also known as Dr Lin, became an obstetrician, working for the Thai Red Cross, Chulalongkorn Hospital and the Ministry of Public Health's medical facility in Bang Rak, where she mainly treated sexually transmitted diseases. She also established a medical clinic with her half-sister Chan Xavier, who worked as a pharmacist.

Sumalee was a journalist who wrote for The Nation and The Bangkok Post in the 1970s. She was the only woman on the committee drafting the constitution after the October 14, 1973, student uprising and subsequent resignation of the military government. According to a New York Times profile in 1973, she initially wanted the word "sex" to be added to a sentence stipulating: "Every person, regardless of race or religion, is equally protected by this Constitution." Her request was overwhelmingly overruled.

Sumalee took issue with laws that made women legally inferior to their husbands upon marriage. At that time, there were many things a Thai woman could not do without her husband's consent -- get a job, obtain a passport, buy property. In the end, the committee reached a compromise, adding a clause that stated: "Marriage shall be based on the equality of the partners, both legally and morally."

Born in 1886, Khunying Yai was taught to read and write, unlike most Thai women at the time. She studied with monks and became well-versed in Buddhist doctrine. After the death of her husband, she spent the rest of her life meditating and studying scripture at a monastery in southern Thailand until her death in 1944. Evidence strongly suggests that she was the author of the well-known Buddhist text Thammanuthamma-patipatti.

Chadatan Osatis, a lecturer from the College of Population Studies, Chulalongkorn University, suggested that women's stories have been historically suppressed because of how hard it has been to break the patriarchal status quo.

"In society, especially Thai cultural norms, the stereotype of the 'good' women is fixed," she said. "It has historically been difficult for women to share their opinions or their desire for change. Showcasing more women on Wikipedia is a great way to reveal their contributions, whether they be in the past, present or future."

The gender gap is another enduring issue that Wikipedia is trying to address.

"It's all about gender equality," said Athikhun Suwannakhan, one of the main co-ordinators from the Wikimedians in Thailand User Group. "It's clear that women are represented less in comparison with men, in both the real world and the digital space. The gender gap on Wikipedia contributes to the systemic bias in Wikipedia content.

"The event is a good starting point for turning this around. In the long run, we would like to see more women getting involved in our movement. In the end, it not only applies to women, but also to other under-represented groups in society, such as people of colour, LGBT and ethnic minorities."

Chariya Chiumkanokchai is a programme assistant for education for Sustainable Development and Global Citizenship at Unesco Bangkok.