Following the announcement naming the Siamese fighting fish as Thailand's national aquatic animal earlier this year, Iconsiam is holding "The Iconic Siamese Fighting Fish", an event aimed to highlight the value of the water creature, from April 19-23 at Iconsiam on Charoen Nakhon Road.

Also known as betta, or pla kut (biting fish) in Thai, the Siamese fighting fish has a long history in Thailand, dating back to the Thonburi era, according to various historical papers. The Siamese fighting fish was mentioned in the law code used in the reign of King Rama I. During the reign of King Rama II, the fish was mentioned in the playscript of Inao, a popular piece of literature written by the king himself.

Later in 1910, during King Rama V's reign, the fish was given a scientific name Betta splendens.

The event features a large number of Siamese fighting fishes including the rare and exotic. Fish to be on display will be those from the central region, the southern and eastern provinces, as well as those from Isan.

One of the highlights is the display of an ice figurine of Siamese fighting fish created by the team of Thai ice sculptors Kusol Bunkobsongserm, Amnoaysak Srisuk and Kitsana Wongtes, who were crowned winners at the recent 46th International Snow Sculpture Contest in Sapporo, Japan. An exhibition telling the history of the betta fish and how it came to be declared Thailand's national aquatic animal will also be held.

Also showcased will also be products inspired by Siamese fighting fish, such as the 2015 iPhone 6S featuring the betta fish official wallpaper; Srichand x ASAVA, a cosmetic brand inspired by the vibrant colour of the fish; Betta Paradiso: The Art Of Siamese Fighting Fish, a book by Thai photographer Visarute Angkatavanich and others.

The Iconic Siamese Fighting Fish is organised by Iconsiam in collaboration with the Department of Fisheries under the Ministry of Agriculture and Cooperatives; the Office of Small and Medium Enterprises Promotion; Optimum Betta; Thailand Post; the Local Siamese Fighting Fish Conservation and Development Club; and Golden Betta fighting fish farm. 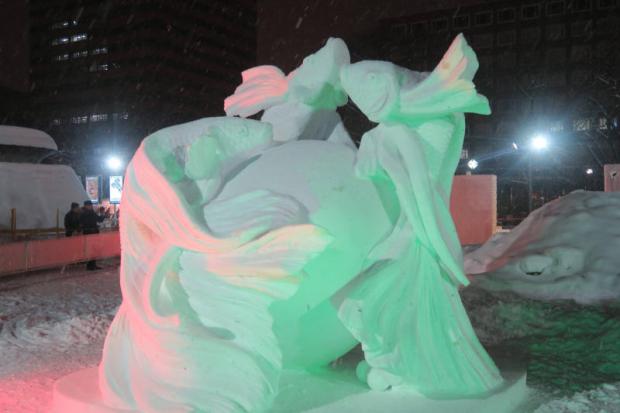 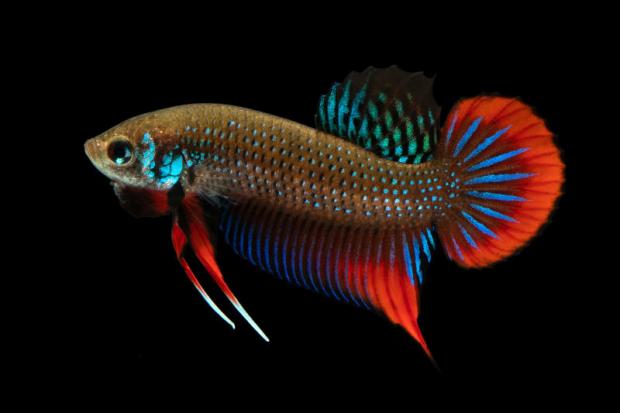 Local fighting fish from the South.