Reaching for the stars

Bruno Menard, former executive chef at Restaurant L'Osier, Tokyo, which received three Michelin stars under his helm, recently visited Pimalai Resort & Spa, Krabi, to create a sublime four-course dinner, as part of the resort's Gastronomy Journey. This was the second time the world renowned French chef and MasterChef Asia judge created special dinner for Pimalai and this collaboration will become an annual event onwards. We simply couldn't refuse an opportunity to chat with him. 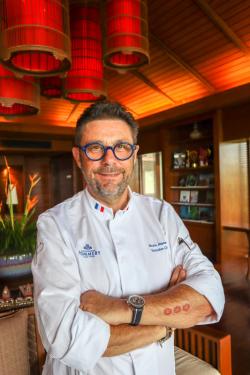 I usually ask a chef when did they discover passion for cooking but, in your case, you were born into it.

My father, brother, grandfather were all chocolatiers. Our entire family -- we specialised in pastries. My father had a chocolate factory and my brother and I worked there since when we were young. I was doing things that six year olds can do -- peeling apples, cutting strawberries, cleaning pots and pans. I never wanted to be a cowboy, policeman, firefighter, or whatever. I wanted to become a chef. I was very impressed when I was looking at the chef with the big hat. When my father gave me my first jacket when I was about eight, I was so proud and felt I was somebody special.

Most people know you from receiving three Michelin stars for L'Osier in the first edition of Michelin Guide Tokyo. But what was your journey before that?

The first recognition I received was when I was 27. I was the youngest chef with the most chef's hats in the Gault Millau. When I was in America before going to L'Osier, we got [the Mobile Guides] five stars and [AAA's] five diamonds [for the Dining Room in Atlanta], the highest rating in America. There was no Michelin in America at the time, so we were among the 14 best restaurants there. The highlight of my career was definitely the three Michelin stars, which made me think: 'Here we go, I'm at the top of the game'. It was just the beginning of something different. It opened doors that you could not open before.

Did you set your mind on getting these accolades?

It was my drive. When I was eight, I wanted to receive awards already. I was completely amazed by my mentor Charles Barrier who also achieved three Michelin stars and, for me, three Michelin stars were the pinnacle of my career. There was nothing bigger than that and I was expecting to get that one way or another. I think you should always be inspired by the best and he was the best for me. At 25, I entered Best Craftsman [Meilleur Ouvrier de France, which Barrier also won] but didn't win. He told me, 'I was the Best Craftsman for one day. Be the best, everyday.' I love this quote so much and it was a moment of inspiration that I like to share with young chefs. We're always looking for something big but we never realise how difficult the journey is. You need to be the best every day to get to that level. 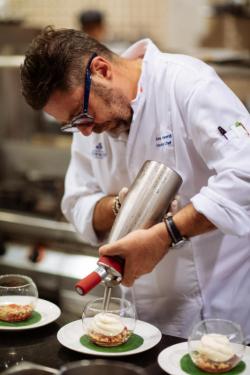 Does the Michelin Guide and similar accolades matter to you as much today?

I'm living because of that. I am who I am because of that so I will never deny that. It's always a source of inspiration for me. I respect a chef who works hard and earns many awards. For what I'm doing, Michelin is very important because it led my life to the level of recognition I have today. My mentor Barrier told me to be the best every day. My team and I strive to reach perfection every day. I try to learn new things every day. One of the best qualities to become a chef is curiosity.

Would you say your cooking goes hand-in-hand with travelling?

Definitely, I'm very proud about that. I was awarded for the very unique cuisine with the strong French foundation with some twists. I spent 14 years in Japan so I tried to find the right balance between the French and Japanese -- not overdoing the Japanese side while keeping the French ideas but using local products. That was what I was recognised for. I'm travelling the world, adding a little bit of what I gathered from my travels into my bank of information. I will bring something new to whatever I'm already cooking and always moving forward.

Do you have word of advice for young chefs?

Jean Bardet, who's one of my mentors, said, 'The important is the essential'. I would say that, too because the culinary world today has changed a lot compared to 10-15 years ago. The young chefs don't apply the same rules that I used to apply which is okay because the world is changing. They have access to things I didn't when I was young in terms of information such as cooking techniques, products, and anything you wanted to know. This kind of expertise that you gain year after year, they get it faster because they cook it in a different way. The culinary TV shows have also changed the face of this business. On one hand, people are inspired to cook and vocations are created, on the other, it gives the wrong impressions to young chefs. Some don't want to be chefs. They want to be celebrity chefs, which is not a job. I was a judge for MasterChef Asia and have been on TV on many occasions but, before everything else, I'm a chef. The real work is not about the spotlight, the real work is in the kitchen, working with your team and pleasing customers with your creations. 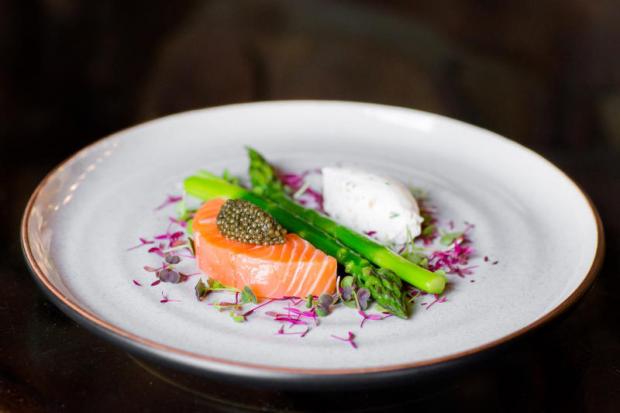 What do you think of the dining scene in Thailand?

It's improving dramatically in the last couple of years. I'm sure the Michelin Guide matters for all the chefs in Thailand. For whatever reason you have for such guides, they are very important. The food scene exploded, I believe, just because of that. I find it's very encouraging that people come to Thailand as foodie destination and to open up their restaurants. 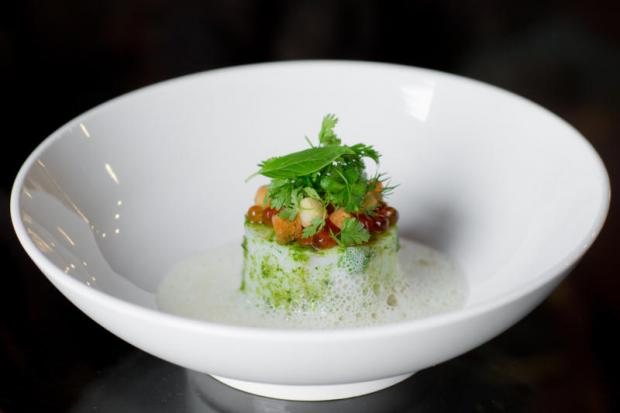 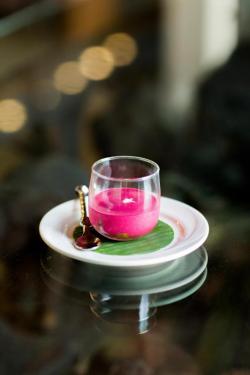 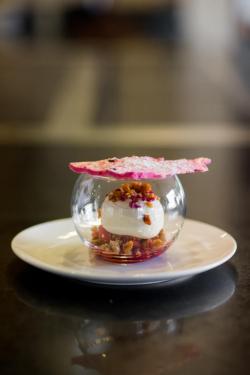