It might not be as easy to find as it once was, but pla ra remains a Thai favourite

Pla ra (fermented fish) is a big part of Thai cuisine. Thais, like Mon, Cambodians and Vietnamese, have a long tradition of eating fermented fish. In Isan, people traditionally make their own pla ra. And when children there are old enough to eat solid food, the first thing their parents usually feed them is freshly-steamed glutinous rice dipped in pla ra.

It is likely that pla ra was central to Thai cooking before nam pla (fish sauce). The French diplomat Simon de la Loubère, who visited Siam during the mid-Ayutthaya period, wrote about pla ra, but made no mention of nam pla. When he returned to France, he brought some pla ra with him.

Different kinds of fish can be used to make pla ra, depending on the kind of dish you want to use it in. For example, if the dish requires big chunks of pla ra as a main ingredient, it is necessary to ferment fillets of snakehead fish or catfish. If only pla ra liquid is being used as a supplementary ingredient, small fish is fine. To make pla ra, the fish must be cleaned thoroughly, then fermented with salt and coarsely pounded, toasted, raw glutinous rice for at least six months. The quantity of salt must be carefully proportioned to the amount of fish, otherwise the pla ra will be too salty.

When talking about dishes with pla ra as an ingredient, for the purposes of a short article such as this, it would be wise to skip Isan food, since almost every dish has pla ra in it. Let's focus instead on food from the Central Region. Perhaps the most popular dish here is nam prik pla ra. This dip is made by pounding roasted shallots, garlic and chee fah chillies with a little salt. Grilled catfish is then added followed by a little further pounding. Finally, put in some pla ra liquid and lime juice for seasoning. Nam prik is a delicious balance of saltiness, sourness and spiciness. Nam prik pla ra is often served with boiled morning glory and fresh white turmeric. 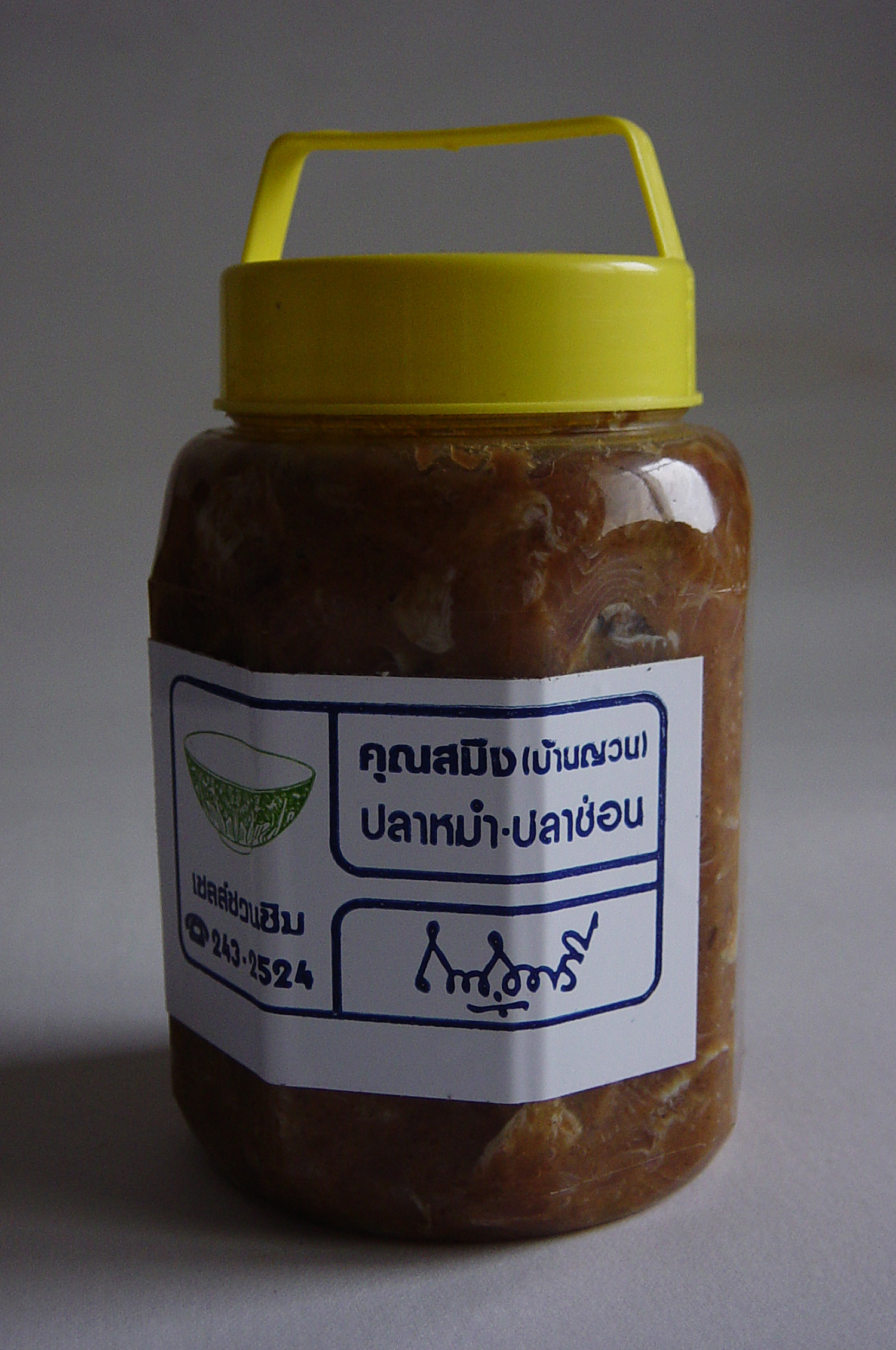 Another popular pla ra dish is pla ra lon. Two portions of coconut cream are prepared, with pla ra added to one portion. This is simmered until completely cooked. The bone is then filtered out and discarded. Next, added to the mixture are galangal, lemon grass, kaffir lime leaves, krachai, chee fah chillies or bird's eye chillies and minced pork. Salt and sugar are later added for a fuller flavour. Vegetables such as wing beans, bamboo shoots and aubergines are added when the mixture comes to the boil. Finally, the second portion of coconut cream is poured into the pot.

There are traditional Vietnamese dishes made with pla ra, but they are hard to find in Thailand. There used to be a household called Ban Nai Saming Samranchuen in a Vietnamese community that sold dish called pla mam at Ban Yuan on Samsen Road, behind St Gabriel's School. It was made by slicing snakehead fish into pieces and fermenting it together with dry khao khua with pineapple placed on top. Pieces of sugarcane were laid on top of the container to make sure that it was tightly sealed. Fermentation took at least six months. Unfortunately, the business closed a long time ago. 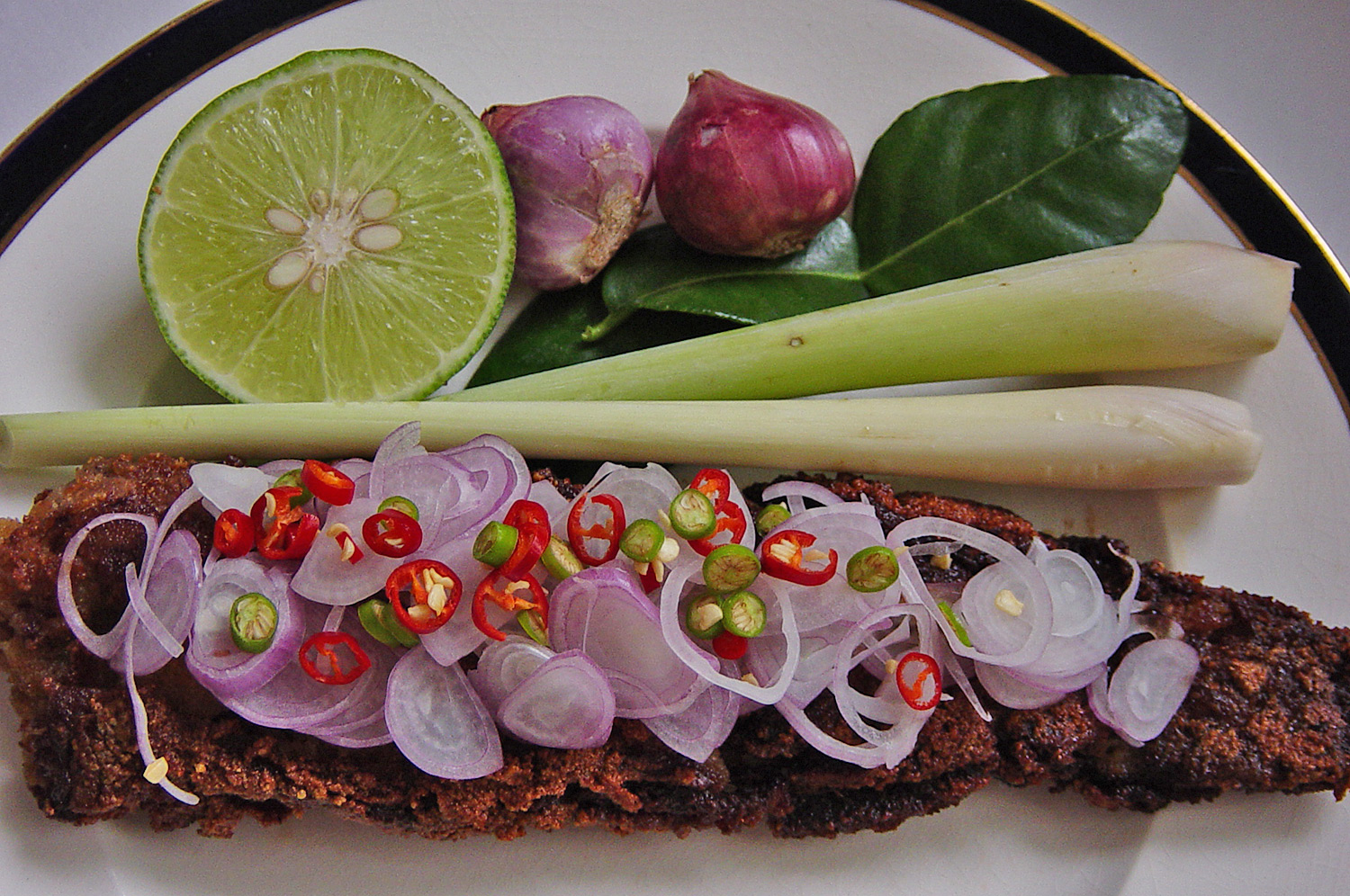 A similar dish exists in Cambodia. That version is prepared the same way using the same ingredients, with the exception of chillies.

Pla ra isn't for everybody. It's not something that can be served at any occasion or event. With its strong unpleasant smell and reputation for being unhygienic, pla ra is not available in some markets in Bangkok. Furthermore, it is hard to find a restaurant that offers dishes containing pla ra. Even nam prik pla ra is generally now called nam prik pla tu in spite of its strong flavour from the fermented fish.

But pla ra hasn't gone away. Nor is it likely to. You just have to look for it. And once you develop a taste for it, there's no going back. 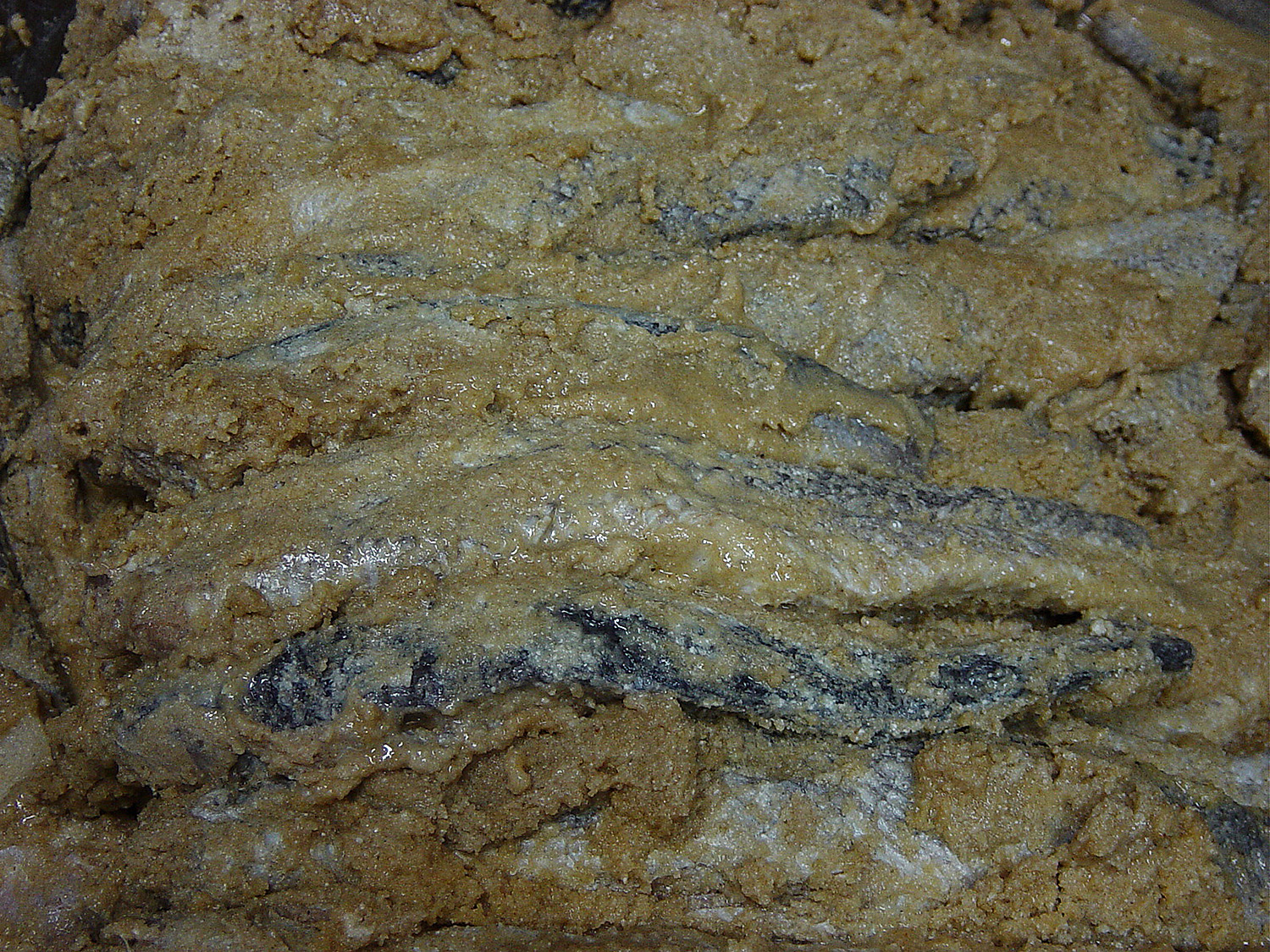