The photo exhibition titled "Tomboy Bangkok", staged at Silom 8 Gallery at Whiteline, is expected to create a buzz in town as it is reported to be one of the first photo exhibits in Thailand focused on self-identified tomboys.

The candid portrait photos feature 65 subjects, ranging in age from 15-33, who identify as toms.

Not just for the LGBT community, everyone is welcome to visit the unique photo display that features self-identified toms sporting their everyday looks, in contrast to the exaggerated image often seen in television, films and popular culture.

The man credited for the exhibition is none other than photographer Derek Brown. He said the series was an exploratory and empathetic experience. Brown is often drawn to subjects and subcultures that are outside the mainstream in Thailand and abroad.

"I'm drawn to subjects that do not necessarily attract the attention of the media or the attention of artists and creators," said Brown. "While there's a ubiquity to tomboys in Thailand, they are also under-represented and marginalised in media and the images around us. Going deep into this subject meant a lot to me, as I was able to experience the diversity and individuality beyond the stereotype and share this with a broader audience."

Brown's efforts to bring out the uniqueness of each individual is borne out in his exhibition, which showcases the amazing variety of self-expression that can come under the tom identity.

While short hair -- in different degrees and styles -- is a common denominator among the characters, their representation to what it means to be a tom can otherwise vary widely.

Some present themselves as masculine -- in their fashion, features and hairstyles -- to the extent that they could easily pass for young men, while others chose a more feminine look that may make them unrecognisable as toms to the uninitiated eye.

Large, dangling earrings are a common feature, and while many seem to eschew make-up, some embrace it -- albeit applied differently from the typical Thai women style.

Public events to showcase the exhibition will take place on the evenings of June 21, 22 and 28, 7-10.30pm, and feature music by DJ AEFFECT, also a self-identified tomboy, who will be joined by her partner, DJ Lemony, in entertaining guests.

Both the art exhibition and entertainment are free and open to the public. 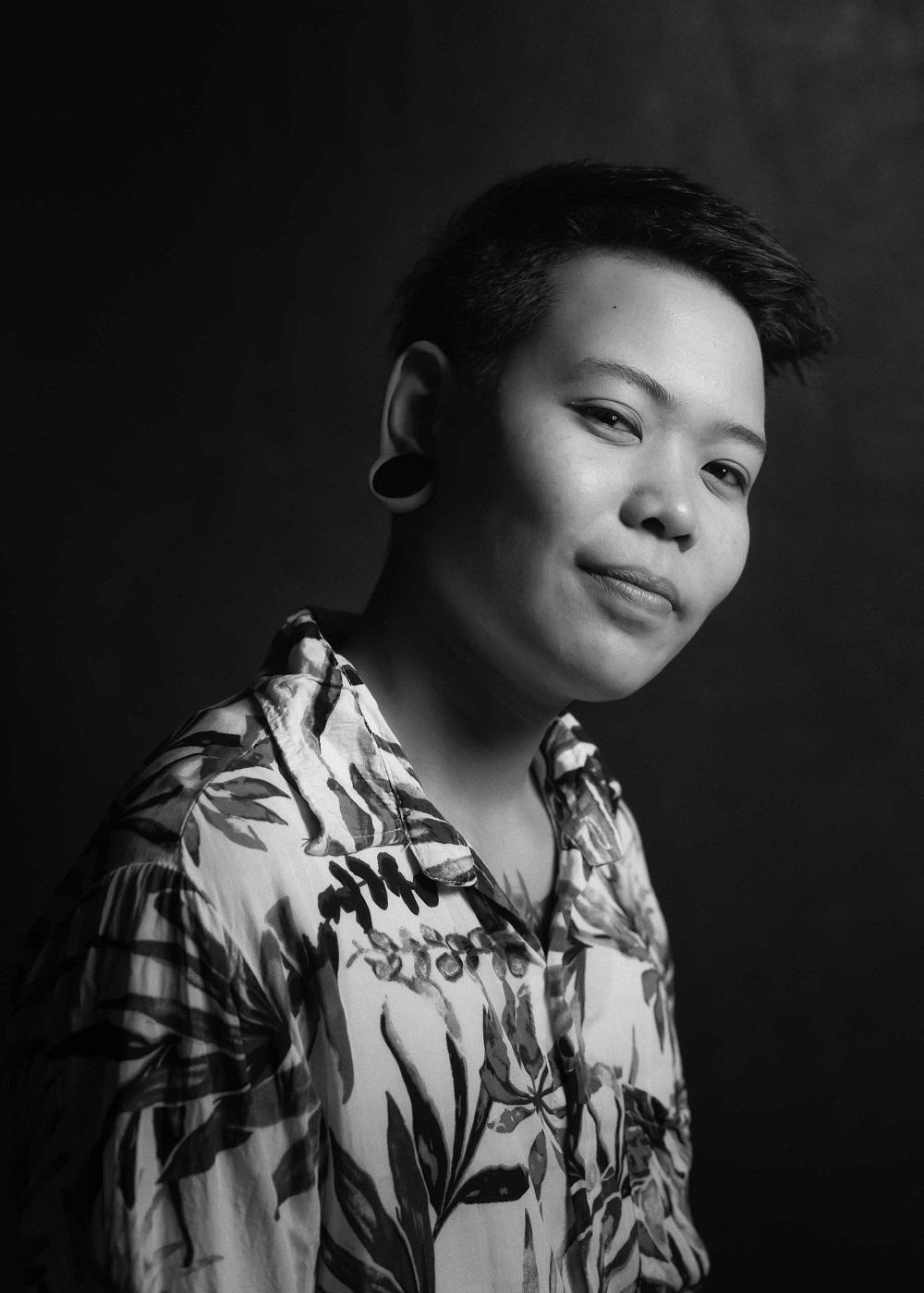