The stars of the culinary world converged at The World’s 50 Best Restaurants awards held at the Marina Bay Sands in Singapore. The awards, which were hosted for the first time in Asia, saw 26 countries across five continents honoured with a place on the list, which ended with the announcement of a new No.1 - Mirazur, in Menton, France.

Chef Mauro Colagreco took to the stage, with a message of unity and multi-culturalism, to collect double honours for his restaurant - The World’s Best Restaurant 2019 and The Best Restaurant in Europe 2019.

Taking over the No.1 position from Osteria Francescana in Modena, Italy, which has been elevated to the Best Of The Best hall of fame, Mirazur climbed to the top from the No.3 spot last year. “It feels incredible and I have no words to explain how I feel. For my team to achieve this award, it is something special. To understand a kitchen without borders is about love and respect,” said chef Colagreco. It has been quite the year for the Italian-Argentinian chef, who was the first non-French chef to be honoured with three Michelin stars for Mirazur.

It is joined in the top three positions by Noma in its new location (No.2) in Copenhagen, Denmark, and Asador Etxebarri (No.3), in Atxondo, Spain. 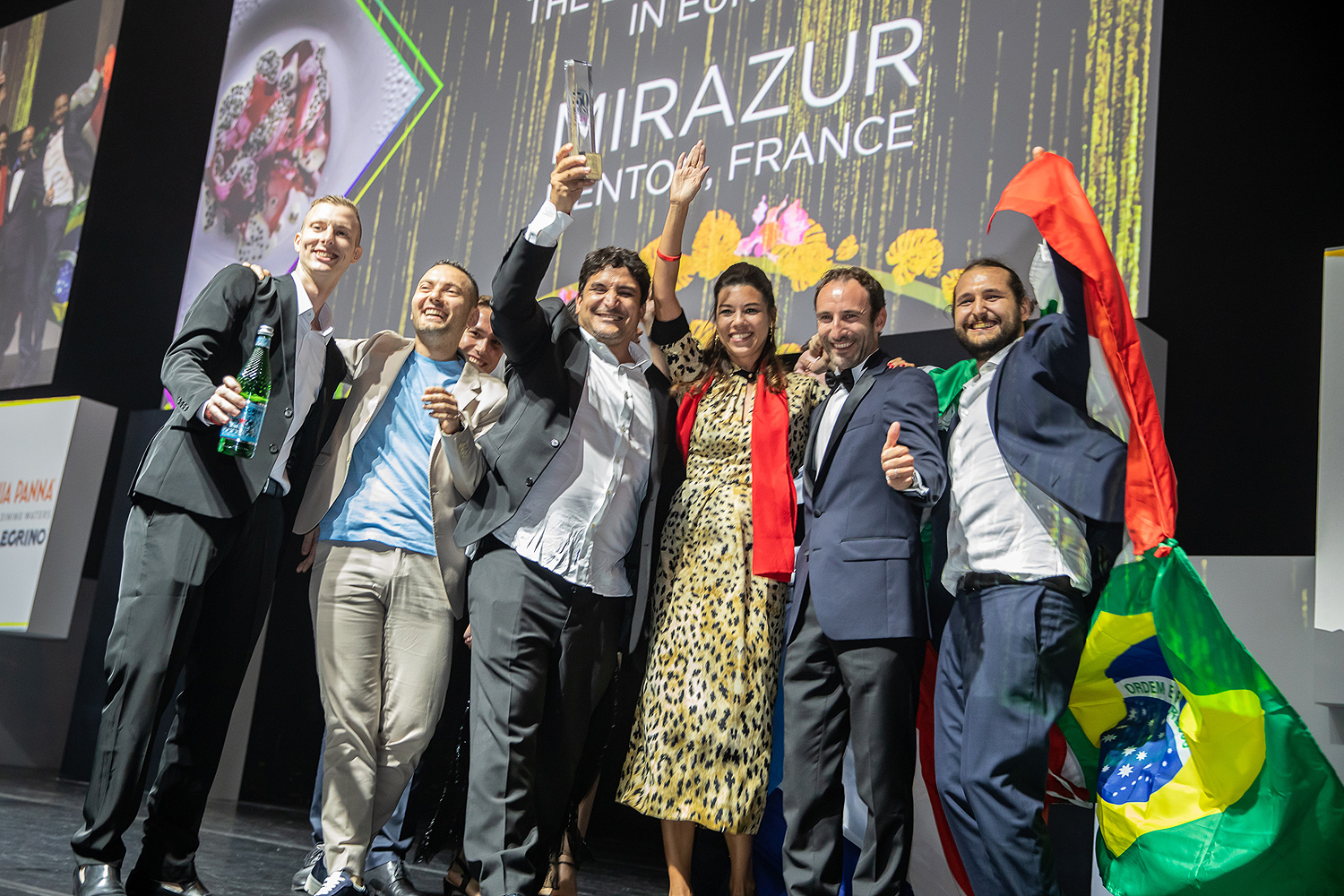 The highest entry for a restaurant in Asia was Bangkok’s Gaggan, which took the No. 4 spot, up a notch from No. 5 last year and also took home the title of The Best Restaurant in Asia. Another Bangkok restaurant to make a new entry to The World’s 50 Best is Suhring at No.45.

Singapore’s Odette, which holds the No.1 spot on the Asia’s 50 Best Restaurant list, placed at No.18. The Chairman from Hong Kong debuted at No. 41, making it the first Chinese restaurant to make the list.

Alain Passard of Arpège in Paris, France (No.8), won the Chefs’ Choice Award, which is voted on by the world’s leading chefs in the list and awarded to a peer who has made a significant impact to the culinary world in the past year.

The Art of Hospitality Award went to Tokyo’s Den (No.11), a restaurant highly regarded for its holistic approach to service from the moment guests make their reservation to the minute they leave the premises. The Test Kitchen (No.44) from Cape Town is The Best Restaurant in Africa, while Schloss Schauenstein in Fürstenau, Switzerland (No.50) won the Sustainable Restaurant Award 2019.

The American Express Icon Award was bestowed on US-based Spanish chef and humanitarian José Andrés. A prestigious honour that celebrates an individual who has made an outstanding contribution to the restaurant world over their career to date and whose reach extends beyond the kitchen.

Jessica Préalpato, the head pastry chef at Alain Ducasse au Plaza Athénée (No.16) in Paris, was honoured with The World’s Best Pastry Chef Award. Lido 84 in Gardone Riviera, Italy, won the One To Watch Award, which recognises a global rising-star restaurant from the extended ranking that has the potential to make an impact on the list in future years.

Spain leads the way with seven of The World’s 50 Best Restaurants, including three in the top 10: Mugaritz (No.7) and Disfrutar (No.9). Just outside the top 10, Azurmendi in Larrabetzu, leaps 29 places to No.14 to win the Westholme Highest Climber Award 2019. The US claims six restaurants on the list, including Cosme (No.23), helmed by The World’s Best Female Chef 2019, Daniela Soto-Innes, and two new entries: Atelier Crenn (No.35), and Benu (No.47), both in San Francisco, California.

This year, Denmark boasts top-five honours for the new incarnation of Noma and Geranium (No.5), both in Copenhagen. Peru also makes the top 10 list with entries from Lima, including Central (No.6), once again voted The Best Restaurant in South America, and Amid (No.10). Mexico also claims two spots in the upper echelons of the list including Pujol (No.12), which is named The Best Restaurant in North America, and Quintonil (No.24), both in Mexico City.

William Drew, director of content for The World’s 50 Best Restaurants, said: “This has been a wonderful, progressive year for the list as a whole, with so many new entries from all corners of the globe. We are equally delighted to welcome the seven previous No.1 restaurants into the newly created Best of the Best category.” 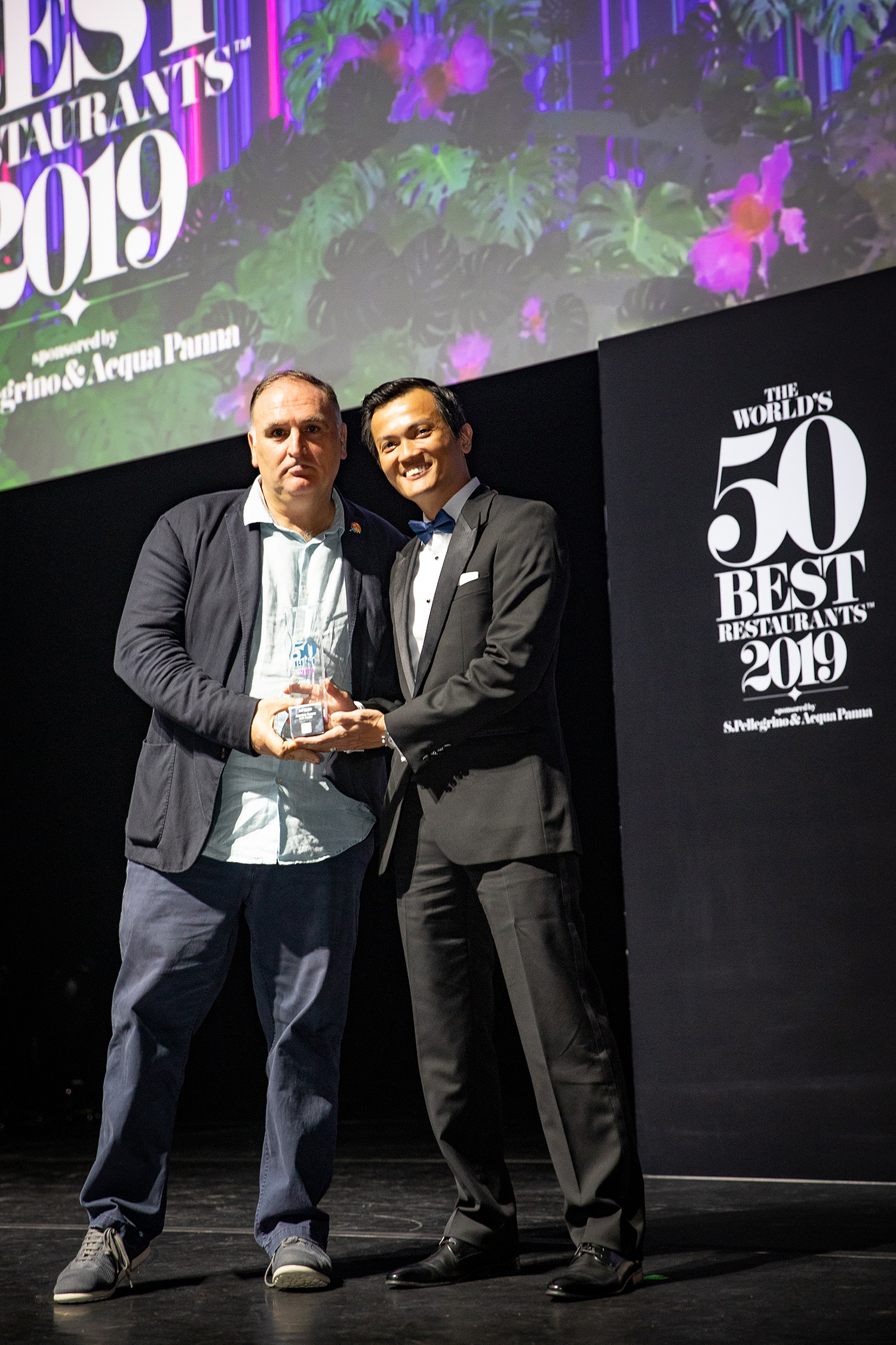 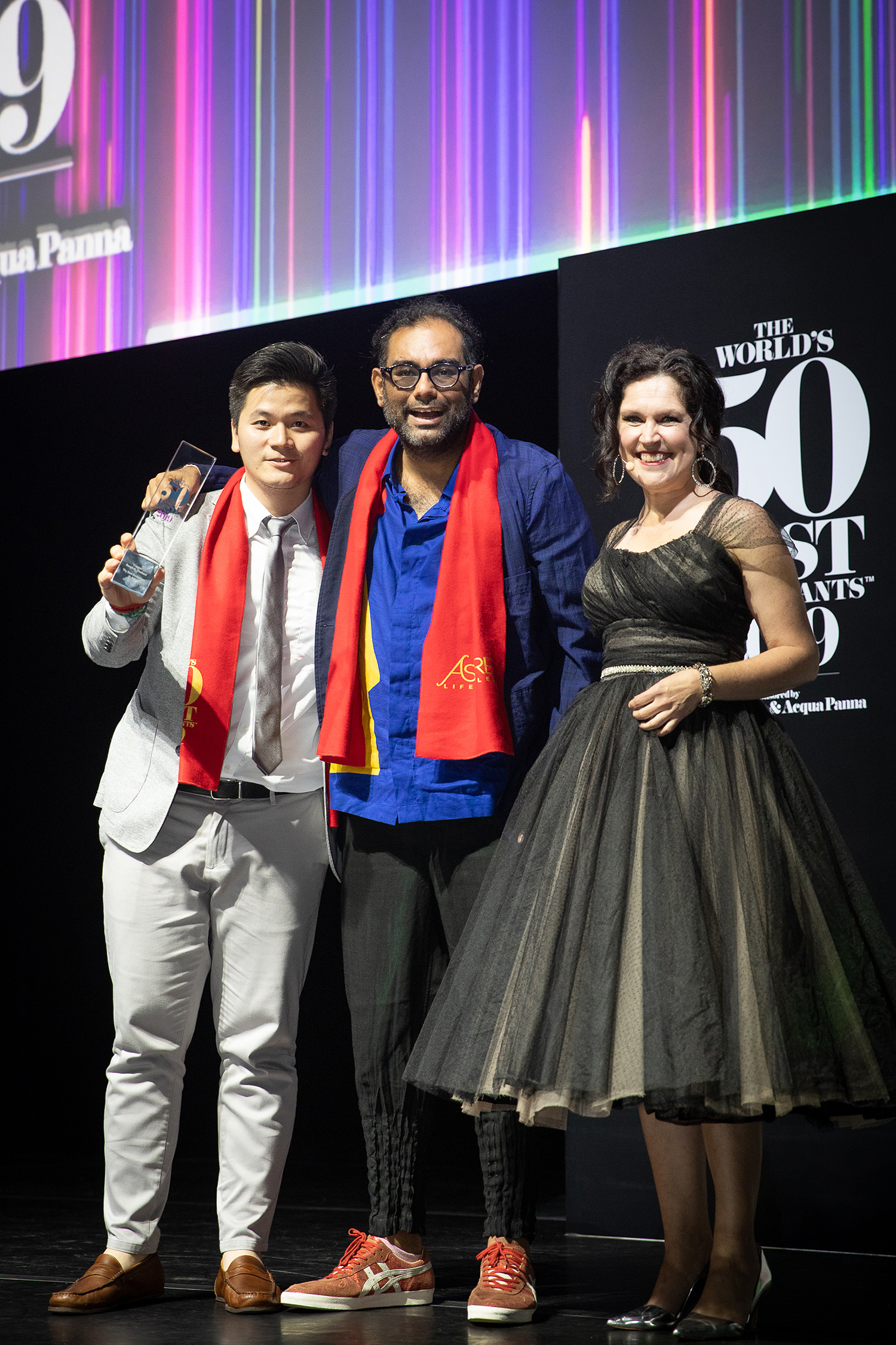 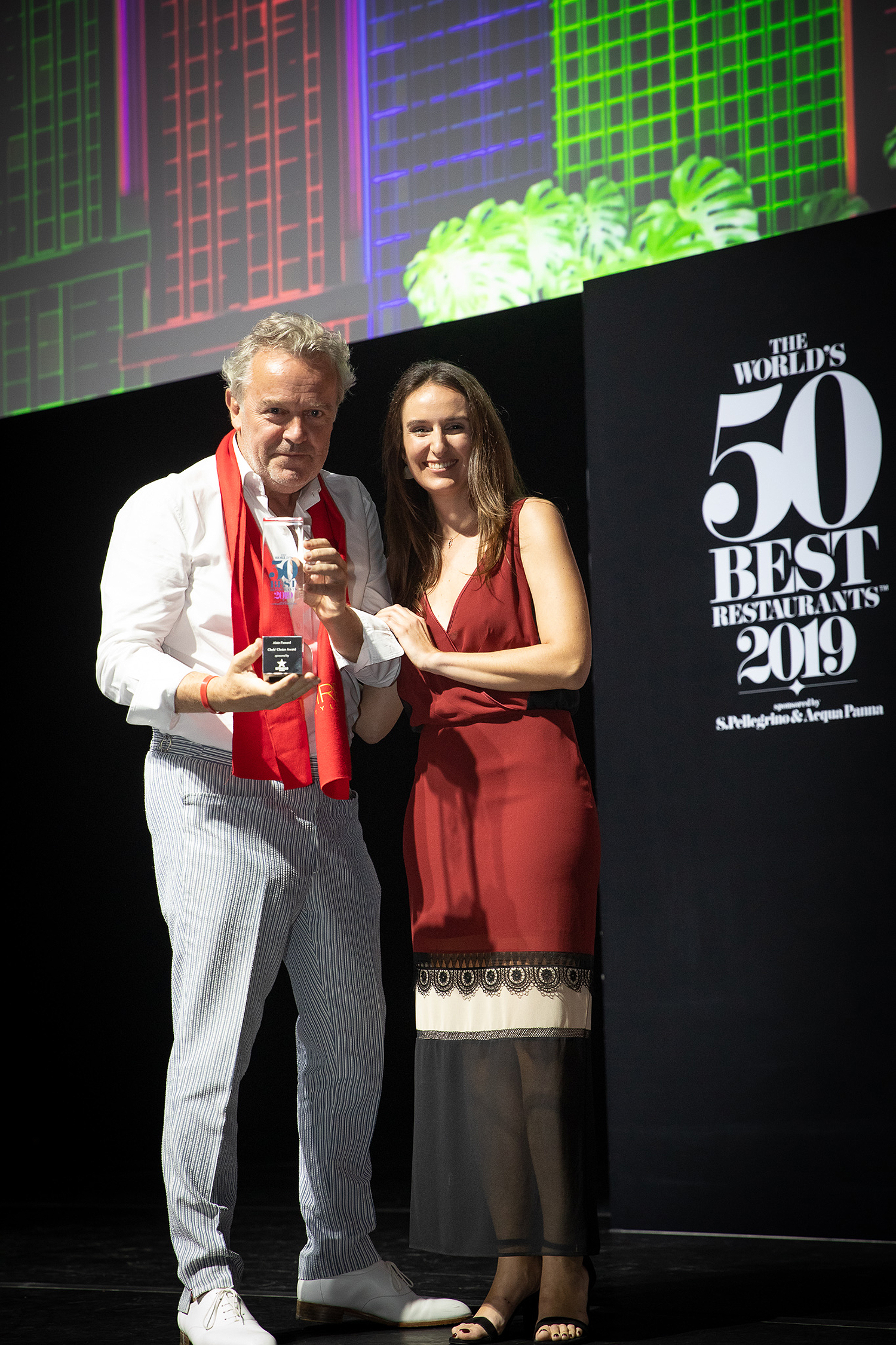