A house of exotic delights 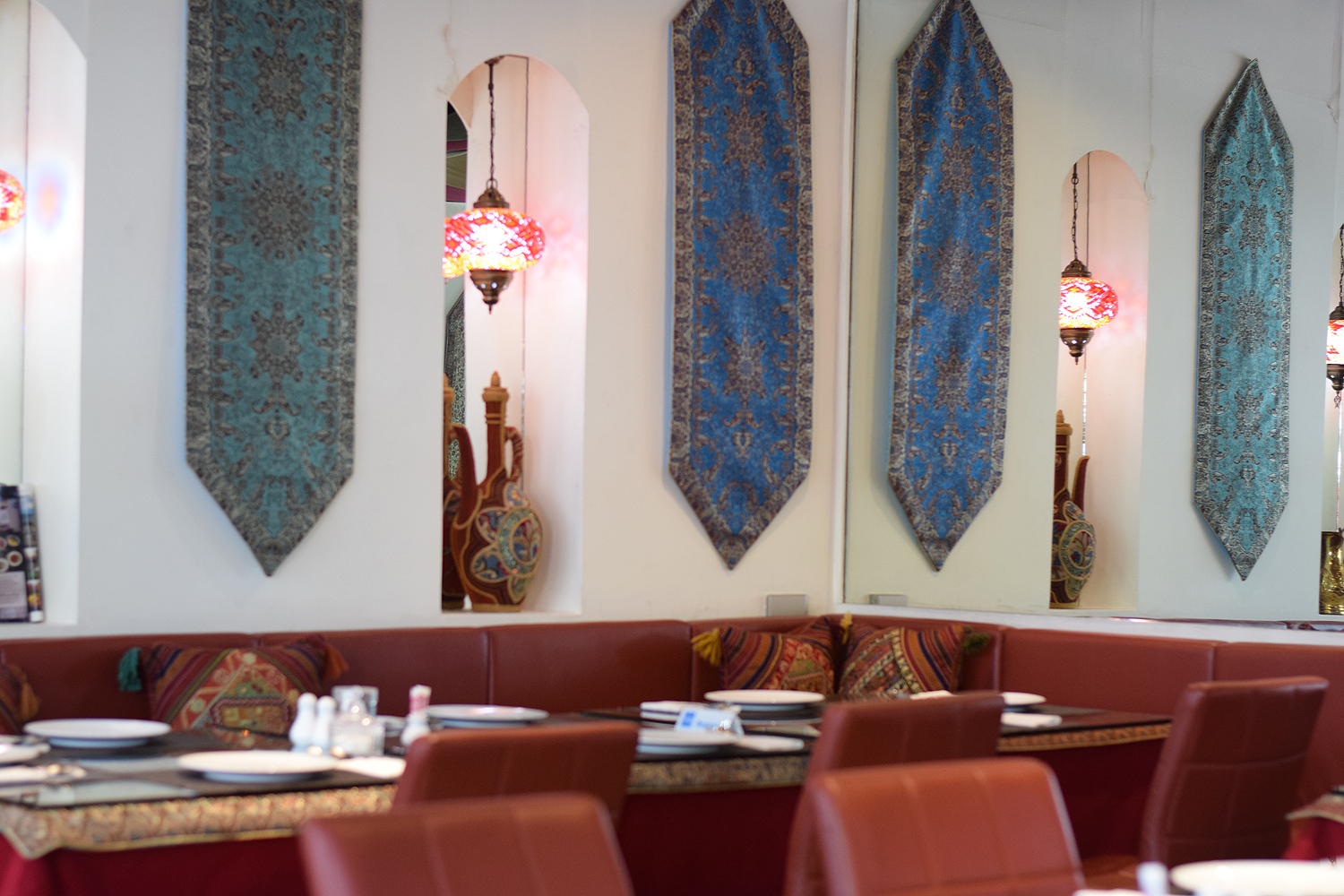 I have been a visitor to Thanon Pan since forever… and it's not to visit the South Indian temple. The food on that street is worth a visit, though mostly from the subcontinent.

Standing out from the south Asian fare is Persian House, which claims to be the "first and oldest Persian restaurant in Bangkok", established in 2002. In the last few years, it has changed hands and has been renovated to make it more inviting, on the inside and outside.

A far cry from the Sukhumvit 3/1 lack-of-ambience and loudly decorated restaurants offering Middle Eastern delights, the interiors have Iranian carpets on the walls and ancient artefacts in the form of vases. To add to the authenticity of the place, there is even a samovar, which is put to good use! 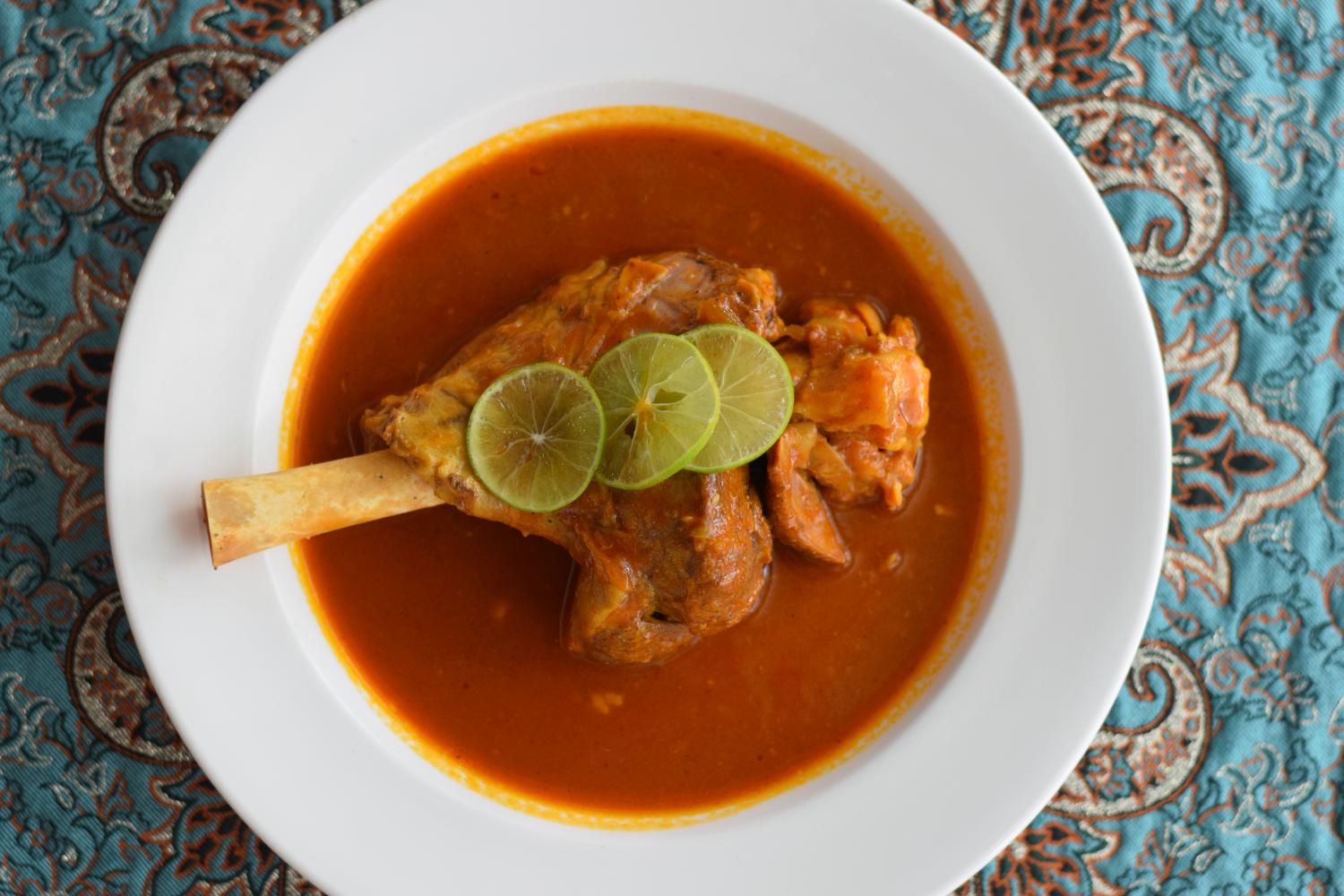 For those who didn't pay attention in history class, Persia is the old name for Iran, a country much in the news. What isn't in the news is their rich food culture, of which, technically, the term "Persian" forms a small part. Iranian food is different from Middle Eastern, with their use of fresh herbs and spices.

The menu is quite extensive and can be overwhelming, but that's what I am here for, dear groupies. I will order and taste, so you know exactly what to get when you go. Start with a few appetisers (meals here are not for the sole eater, it's more of a family and friends affair, much like the culture).

A must on the table is the Shirazi salad (B110), which comes from Shiraz, yes, the same origins as the wine. Finely minced tomato, cucumber, onion, lemon juice and olive oil are tossed together, with the only herb being dry mint. Though it may sound simple, the salad is refreshing and goes well with almost anything. (I should know, the Mothership often serves it with most meals).

The Masto khiar (B90) is another staple and consists of yoghurt, cucumber and mint. This is eaten with Mast bourani (B110), grilled and mashed aubergines blended with yoghurt, garlic and mint oil. The star(ter) of the show was the Kash e Bademjan (B220). A delightful mix of sautéed aubergines blended with yoghurt, fried onion, mint oil and creamy kashk or whey, garnished with crisp, fried garlic. All eaten with hot Nane Irani (B70) aka Iranian bread. Though a lot of the ingredients are the same, the dishes do taste and look different. 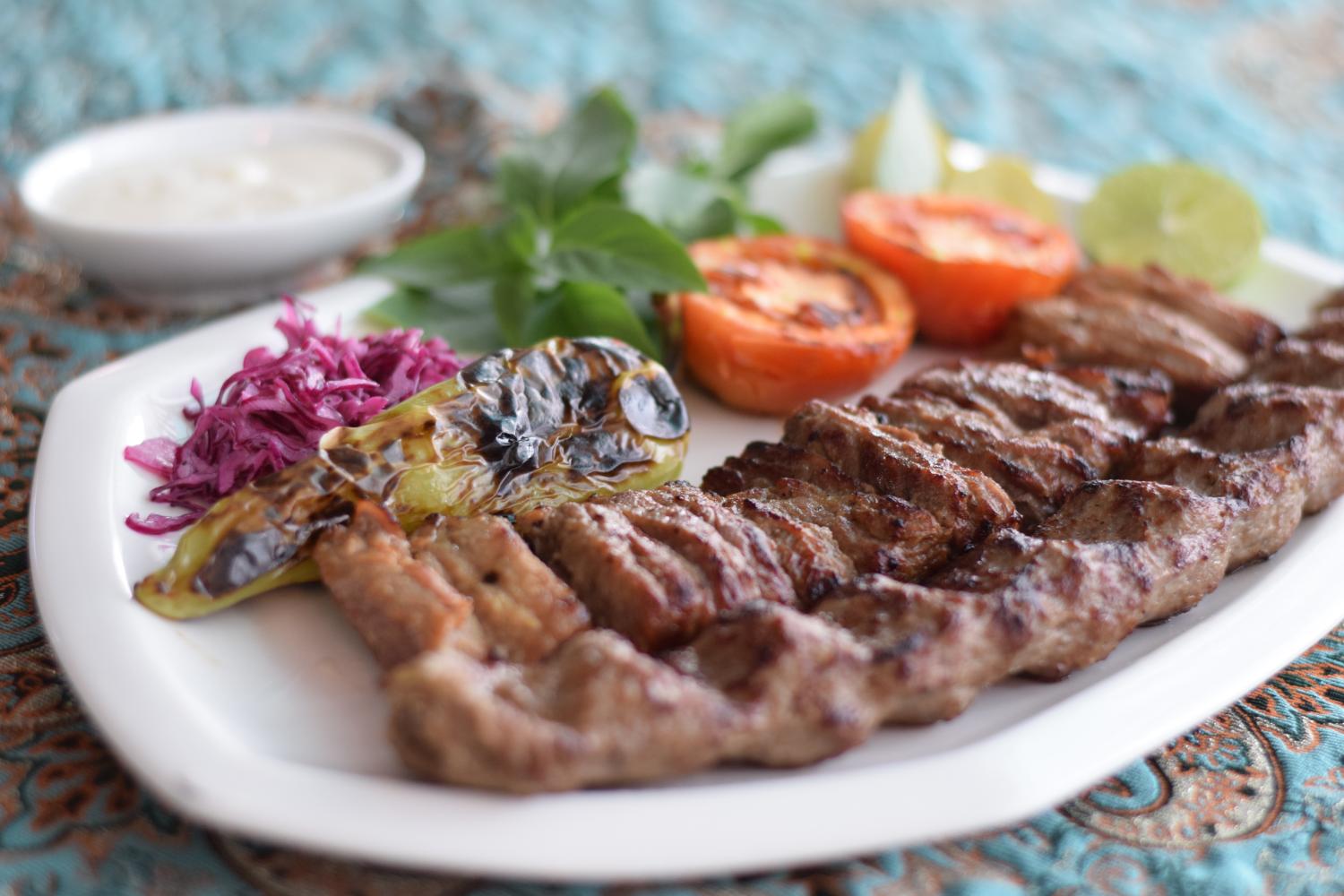 Warning: If the above did not whet your appetite for more, do not read on.

We are now heading into the dangerous territory of kebabs, which is said to have originated in the ancient kitchens of Persia. There are so many types of kebabs the world over that I had to order a few Iranian ones to taste the difference. From Ghafghazi, the area between the Black Sea and the Caspian Sea, comes the Kebab Ghafghazi (B280). A skewer of grilled beef and chicken fillets is served with grilled tomato and sour cream. Kebab soltani (B440), which means a king's meal, is the combination of one kebab barg and one kebab koobideh -- ground beef steak and lamb strips grilled with onion, spices and saffron. Yum!

Despite the two kebab choices being tops, my favourite was the Kebab torsh (B410). A traditional kebab from the Gilan region, the kebab is made with beef tenderloin marinated in a paste of crushed walnuts, pomegranate molasses, chopped parsley, olive oil and crushed garlic. I like it spicy and it was served as such. Delightful in every bite!

I always save the best for the last and the Mahi Sefid kebab (B430) is it! Persian House boasts of being Bangkok's restaurant with sturgeon on the menu. Only fished in the Caspian Sea and known for its caviar the world over, the sturgeon is acquired fresh and not frozen by the restaurant making the kebab succulent. I am not a huge fan of fish, in general, but this may have just converted me.

A good test of a real Persian restaurant is to order the rice. Polo, polow or pulao (spellings can vary) is what Iran is known for -- fluffy rice, cooked in a variety of ways and using various ingredients and is a key element in their cooking. The first polo ever been made was apparently a combination of rice, meat, lentils, raisins and dates. Not far off that combo is the Zereshk polo (B150), which is steamed white rice mixed with barberries and saffron. Though this is just rice, the classic version comes with chicken. At Persian House, you can also order the Zereshk polo ba morgh (B280), which is chicken stew with the saffron-barberry rice. 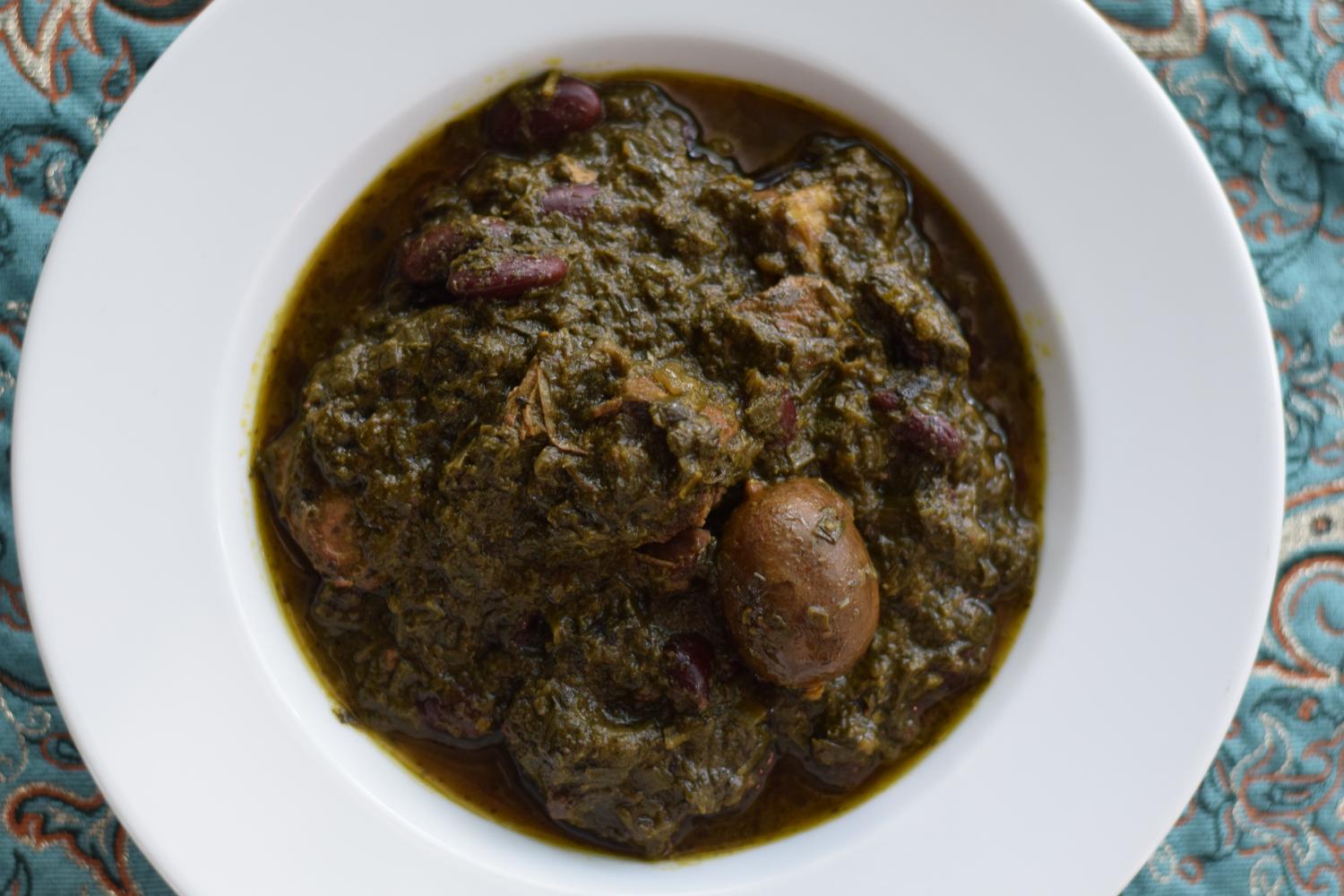 Fun fact: Saffron is to Iranian cuisine what turmeric is to Indian, it's in most dishes with 95% of the world's saffron coming from Iran. So naturally, Persian House imports it from Iran, along with the barberry for that original and authentic taste. None of that pomegranate substitute here!

Khoreshte ghormeh sabzi (B280) is a stew of chunks of beef slow-cooked with sautéed fresh herbs like coriander, parsley, spinach and fenugreek, in a special seasoning with dried lime and red kidney beans. A famous dish, cooked with lamb as well, it's the Thai tom yum -- in the sense that everyone knows it or has heard of it. It's safe to say that ghormeh sabzi is one of the most loved Iranian stews. Another fun fact: Ghormeh means fried and sabzi means herbs in Farzi. "You can't have khoreshte without rice!," goes a popular saying in Iran and this is where the next rice dish comes into play.

The Baghali Polo (B140) is a fragrant dish that pairs the flavours of dill, basmati and saffron with plump soft broad beans, also known as fava beans and yes, imported, as well.

Another accompaniment to baghali polo and a dish generally served over it is the Khoreshte gousht (B550). Lamb shank, which falls off the bone at the slightest touch, is cooked with onion and mixed spices.

Though if you're not a rice lover and need to order just one dish, I highly recommend the Loubia polo (B240). A delicious mix of steamed rice with beef, string beans, tomato sauce and special seasonings, this is sort of like a biryani, without being one. I am a sucker for a good biryani and if there was one dish that would bring me back to Persian House it would be the Loubia polo. Some days it is hard to describe the deliciousness that happens in the mouth when food tastes this good. This is such a day.

The only way to end a traditional Persian meal is with a traditional dessert. The Sholeh zard (B70) is unlike any other rice pudding. Made with three distinct ingredients, saffron, cardamom and rose water, it's a rather elegant dessert. The name in Farzi translates literally to "yellow pudding". Persian House even gets the serving right and it's not too little nor too much. It's just right!

It gets even better when washed down with Persian tea with nabat (B80), which is brewed in a traditional samovar, a staple in most Iranian homes. Tea-drinking (black tea) is popular throughout the entire Middle East and no day begins without tea, with more being drunk before, after, with and in-between meals. Nabat refers to the rock sugar that comes with the tea. 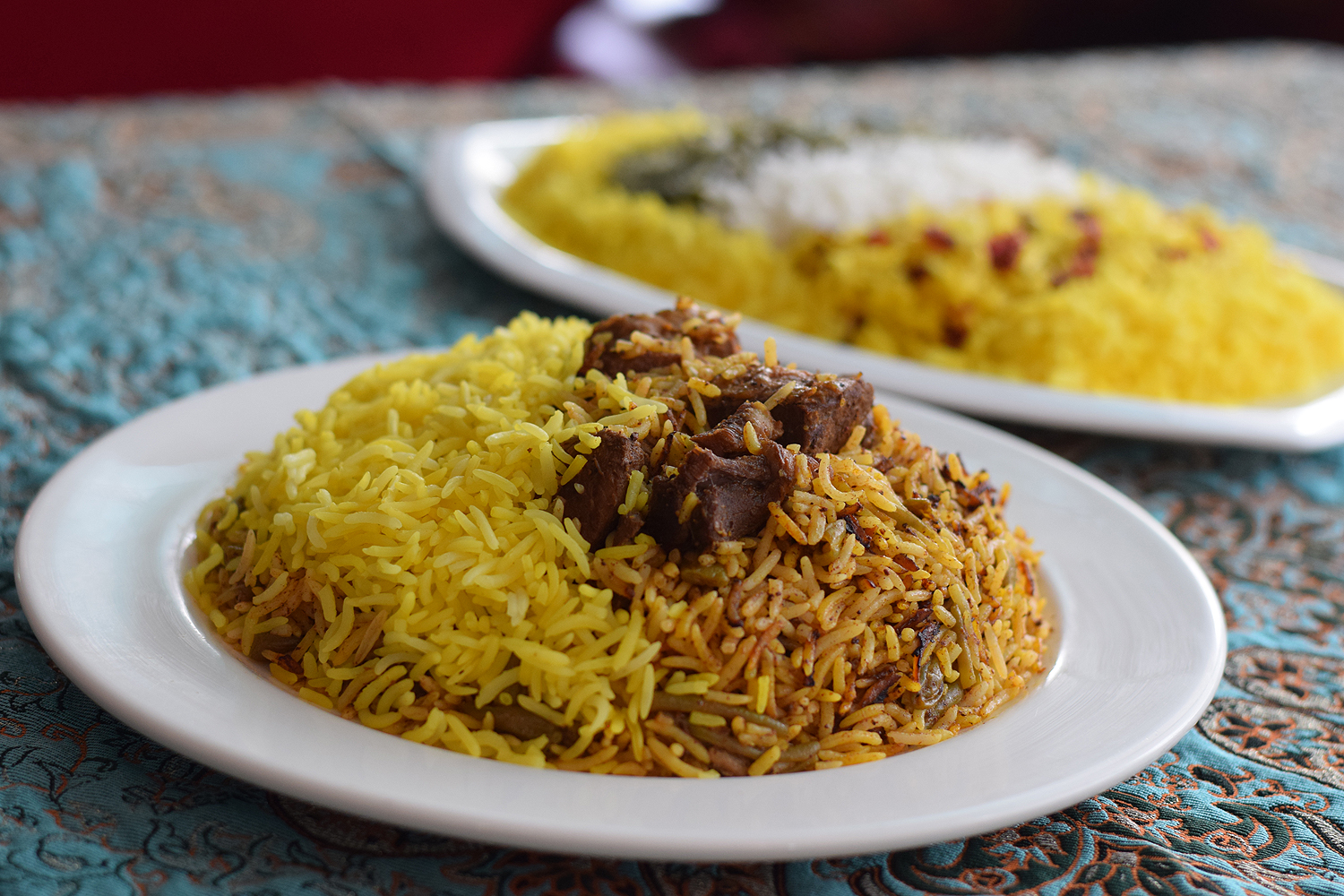 Chef Prannaray Pimkaew has been with Persian House since it first opened 14 years ago and over the years has mastered the art of Iranian cooking. If you didn't know there was a Thai chef behind the food, you would think it is all being cooked by an Iranian. There are kebab pizzas on the menu, which are very popular in Scandinavia.

Do not be bothered with the constant flow of social media addicts posing and taking selfies outside Persian House. The exteriors do make a good backdrop, but if you are more interested in what's inside (deep, I know!) you'd enter to lead your taste buds into gloriousness.

Though a few think that authenticity is overrated, it is far from it at Persian House. It is genuinely good Iranian food, cooked and served the way it is, no frills, no fancies. For a cuisine that goes back centuries, Persian House does more than just deliver, it takes you to your Iranian friend's home for a meal. And since I practice what I preach, don't be alarmed if you spot me at Persian House, stuffing my face. g 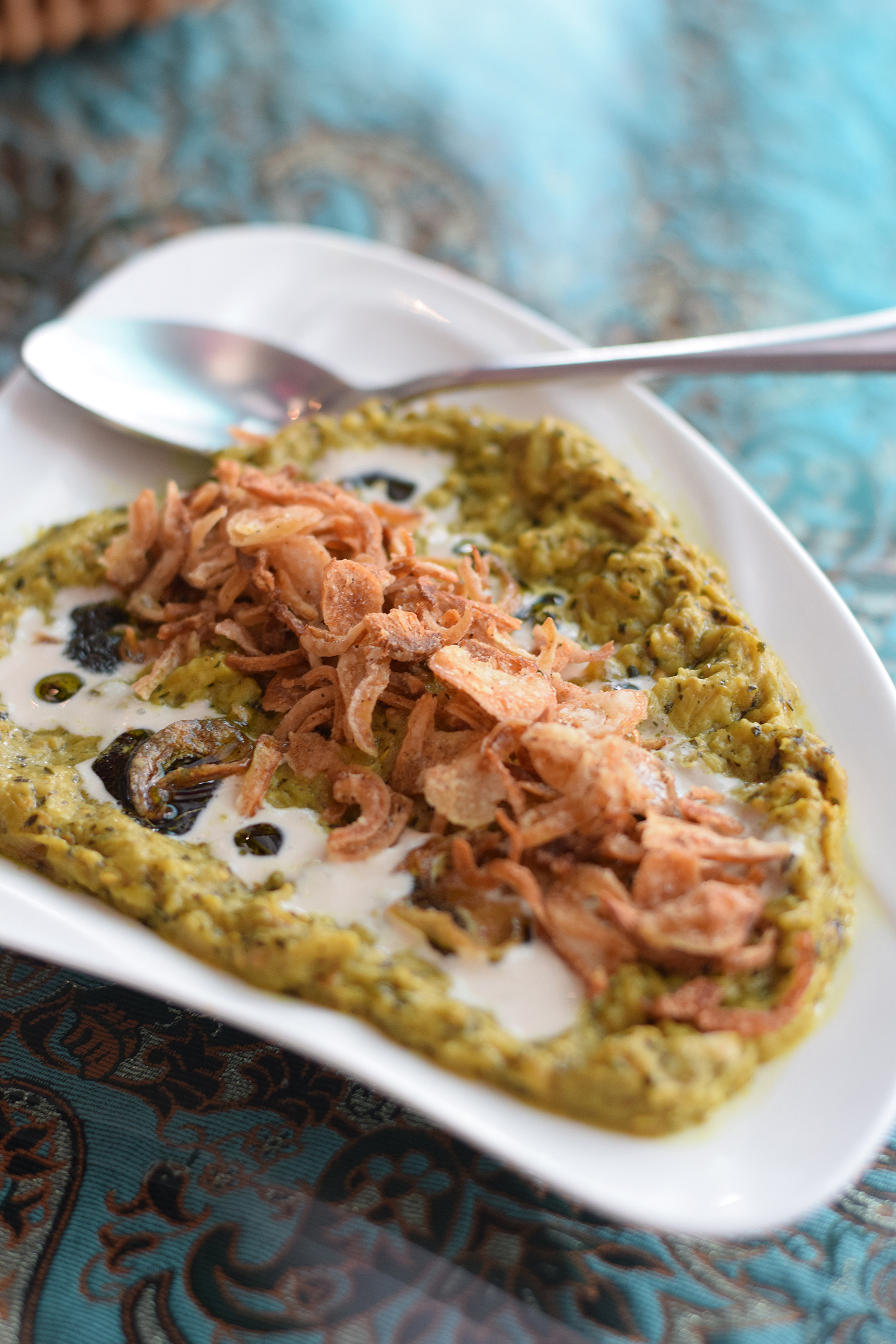 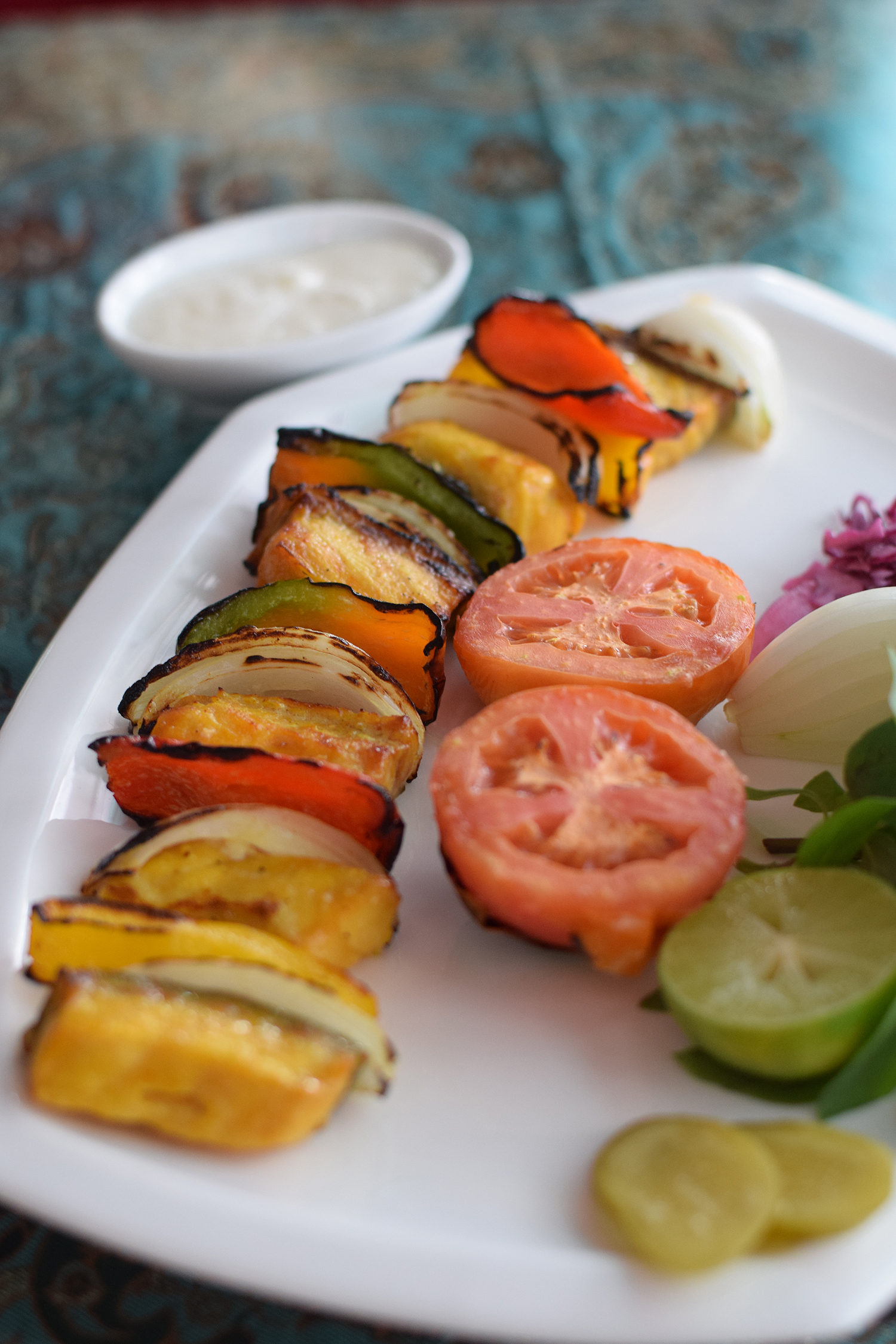 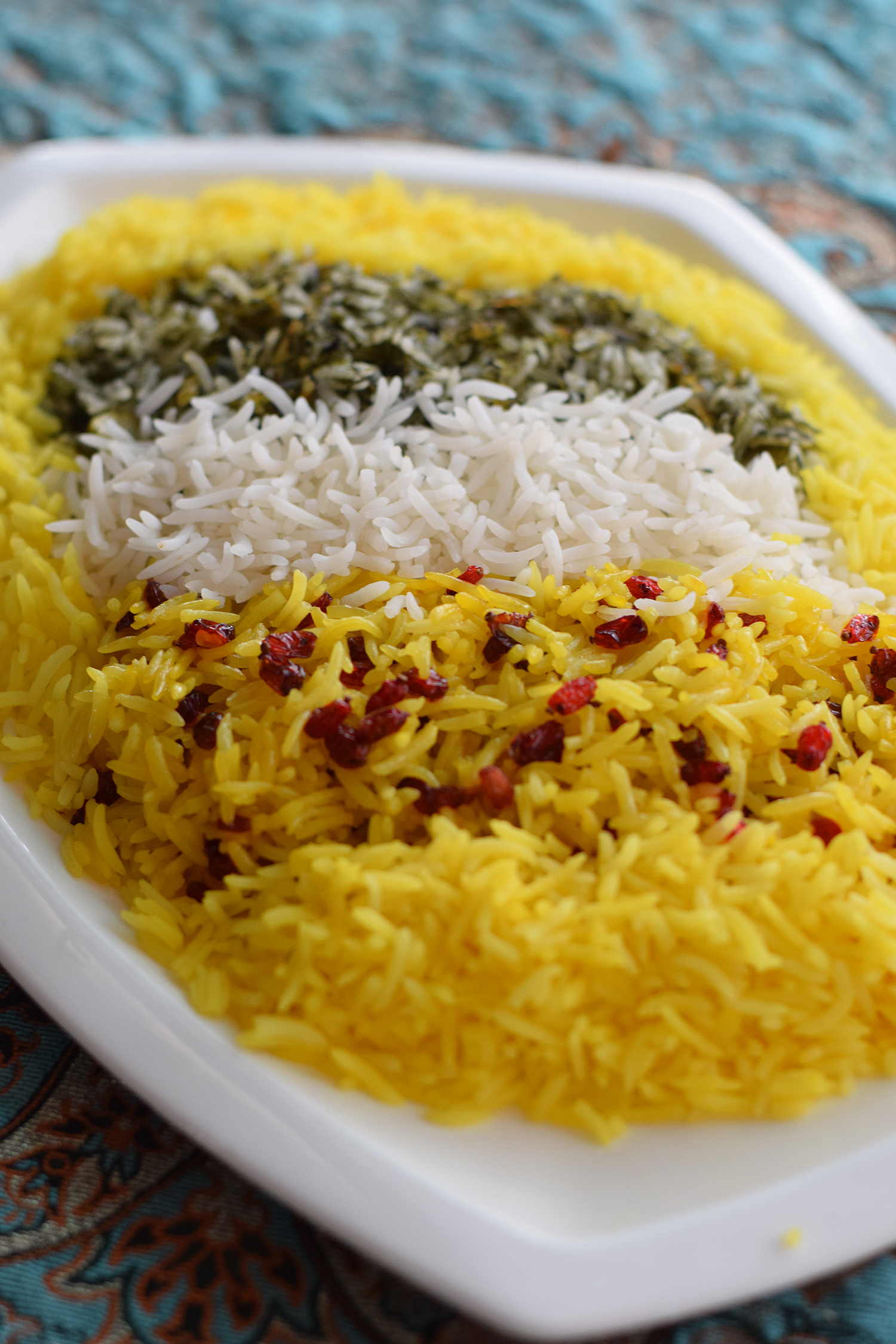 Iran is known for its fluffy rice dishes.