By submitting to the randomness of existence, Sunny Suwanmethanon is able to float freely through the entertainment business

"I don't care that much what people think of me or my acting. Or that they say that I'm only good at playing myself in movies," said actor Sunny Suwanmethanon. 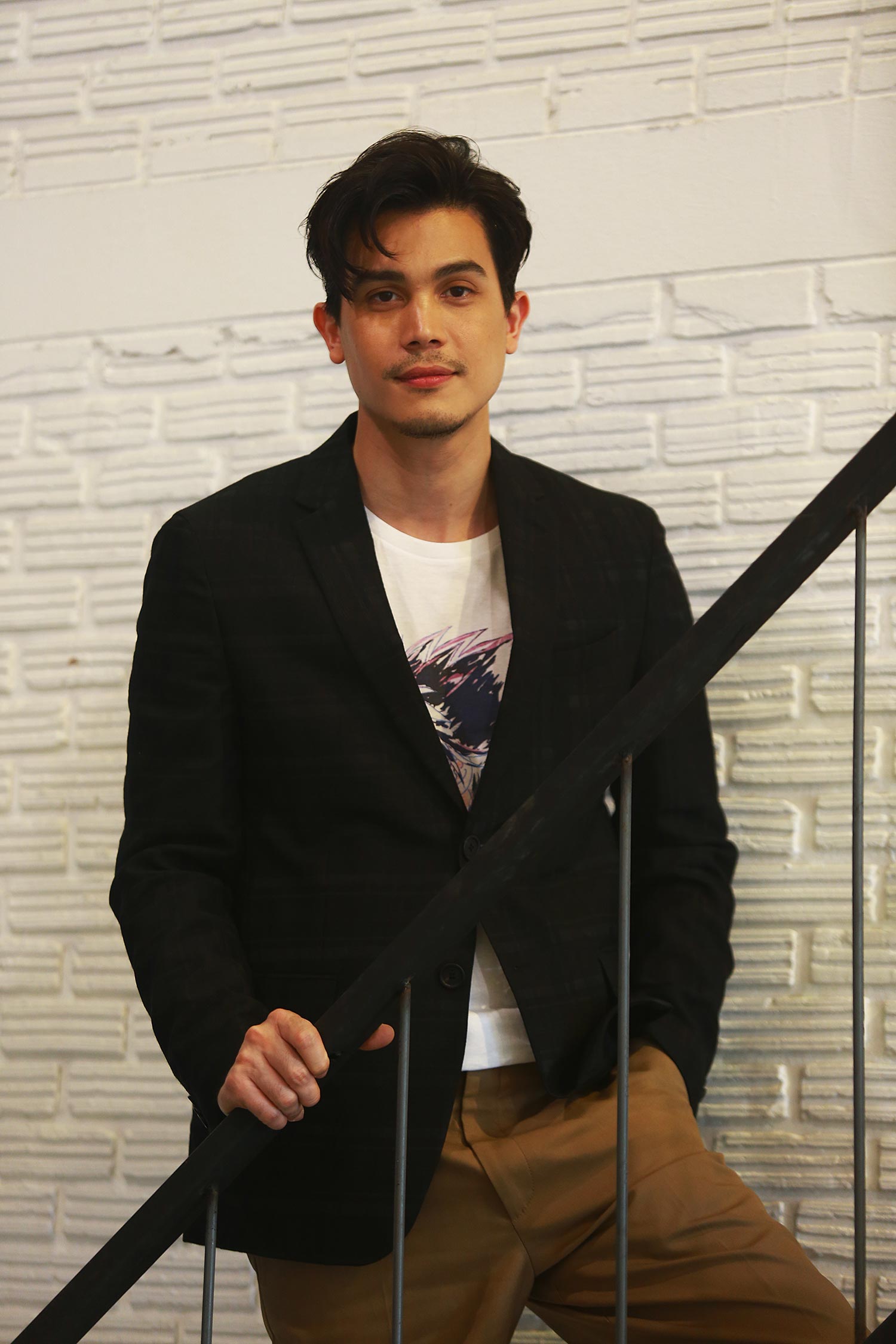 "Honestly, I don't really want to stand out, I just want to be one of the small elements that help make the film looks great."

Despite what it sounds like, the Thai superstar talked about how letting go of all expectations and just believing in his gut feelings have allowed him to be more free and versatile with his acting. Sunny was at the Bangkok Post building recently to promote a few of his new and upcoming movies, right after finishing a photo shoot for a fashion magazine.

"These shoes are way too tight for me. I can't really wear them any longer," said the actor to his assistant while taking his loafers off. Then he began to walk barefoot across the building, smiling cheekily on his way to the interview room.

Sunny always seems to be in on the humour, even if sometimes his characters tend not to be. If he plays a serious man, it's a riff on a serious man; if he plays a heartthrob, it's a heartthrob with funny quotes. No doubt Sunny is handsome -- any fangirl can assure you of that. But the combination of good looks and humour is as rare in Thai showbiz as it is in nature. You can add Sunny to any movie, and the movie will taste better. 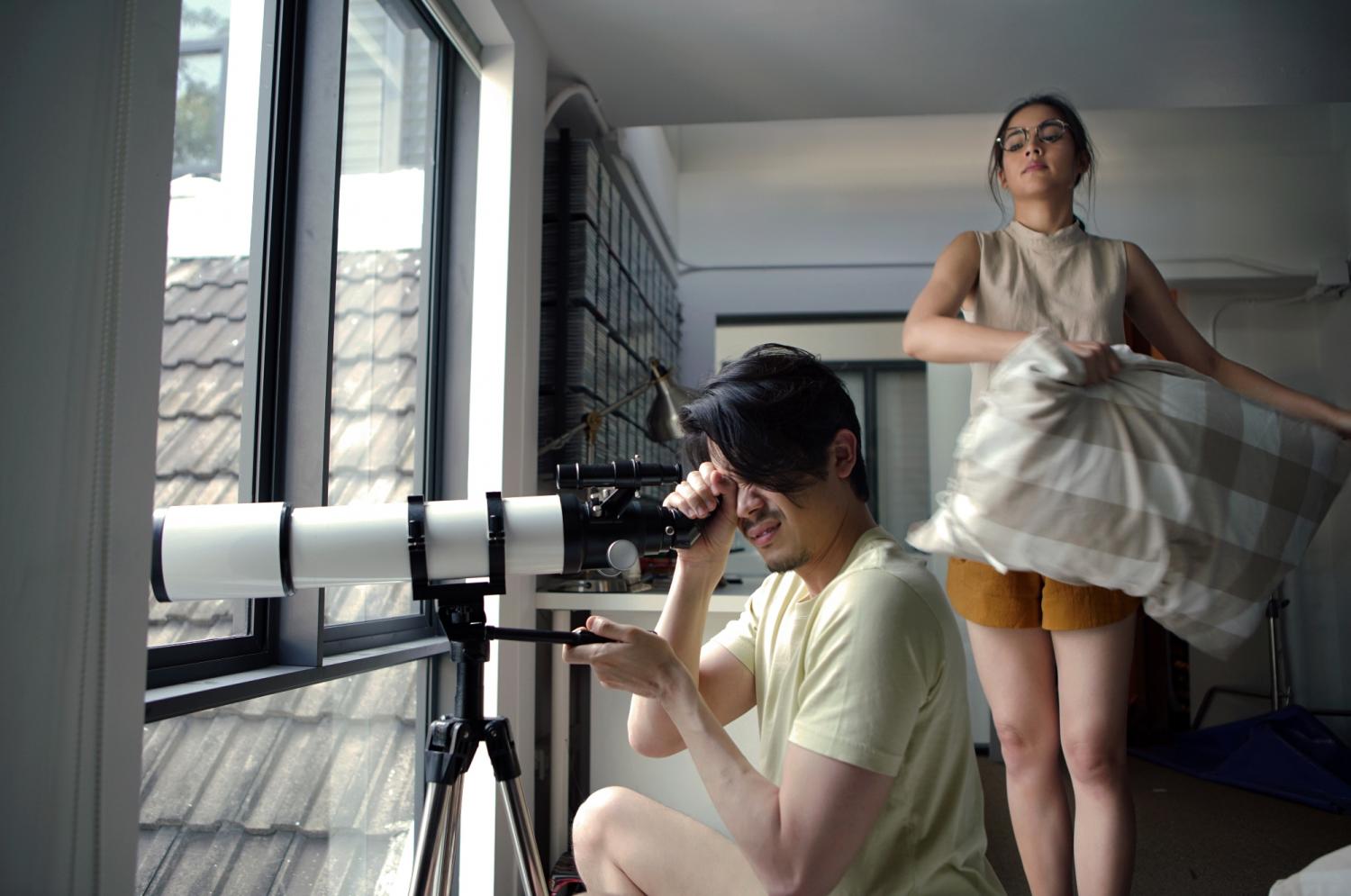 And with upcoming roles like an ER doctor in the fantasy-comedy drama TV series My Ambulance, and his second feature film with renowned indie film director Nawapol Thamrongrattanarit, Happy Old Year (tentative title) due to come out in December, he's given fans something to look forward to.

"My Ambulance is a new series from Nadao Bangkok studio, which I get to play in with Mai [Davika Hoorne] again. It's a fun, easy-to-digest drama and should be airing around September on One 31 channel," he said.

"But I still can't give much detail about the film I'm doing with Nawapol. All I can say right now is it's a film about redecorating a house [laughs]."

The French-Thai celeb began his career in 2005 as a contracted actor for GTH (now GDH 559), Thailand's most commercially successful film studio, in a role as a teen who deals with unrequited love in the movie Puen Sanit (Dear Dakanda). After the success of the film, his career skyrocketed.

That was followed by two romantic comedies: Sailap Jap Baan Lek (The Bedside Detective; 2007) and the megahit I Fine Thank You Love You (2014), in which he plays Jim, a tough-talking foreman who falls for his English-language teacher Mrs Pleng (played by Preechaya Pongthananikorn). The actor said that Jim is quite a unique character. As a serious person, he's a man who tries to look tough, but deep down the expression was just an act, a defence mechanism. The film ended up scoring 330 million baht in Thailand and became a hit across Southeast Asia. 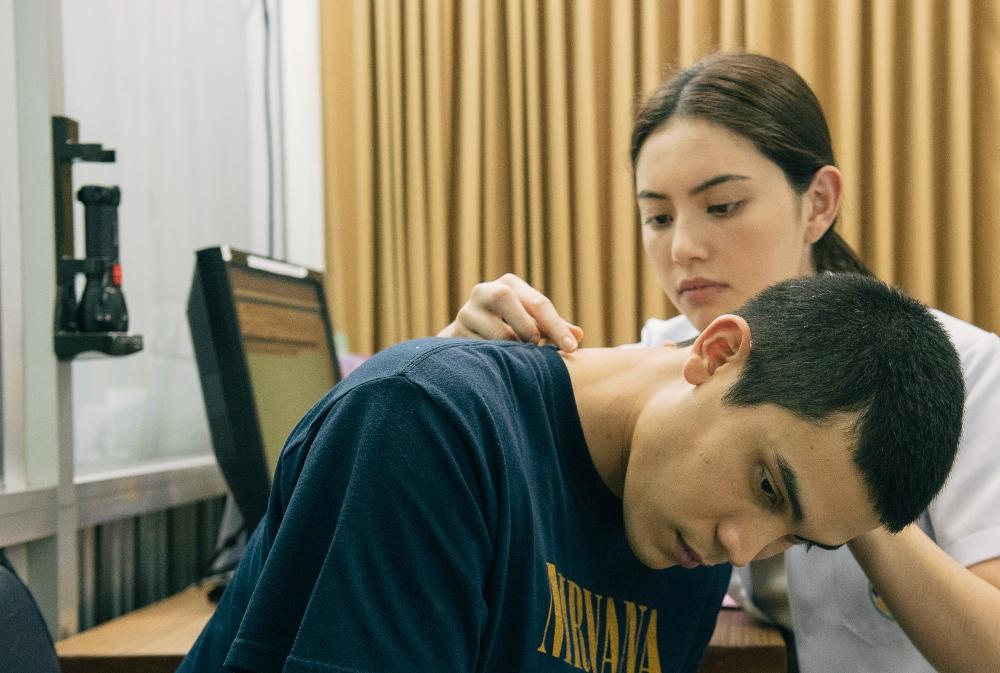 Heart Attack, starring Sunny and Davika Hoorne, won for best feature film at the Suphannahong Awards in 2016, where he also won for best actor. Photo © GTH

In between those movies, Sunny became known nationwide when he starred in the successful TV sitcom Nuer Khoo Pratu Tad Pai (True Love Next Door), which went on for seven years across three channels. And that was also the time when he fashioned his on-screen persona of a goofy heartthrob who usually delivers hilarious, razor-sharp jokes every time he's interviewed.

In 2016, Sunny tried a smaller role in Nawapol's first GDH film, Heart Attack (better known as Freelance among Thai audiences). It was also the film that opened Sunny to a new horizon of film acting. He plays Yoon, a sleep-deprived, workaholic graphic designer who develops a strange skin rash and has a crush on his dermatologist at the public hospital. While Heart Attack is viewed as an indie movie, the film eventually won for best feature film at the Suphannahong Awards in 2016, and made 100 million baht. Sunny also won best actor.

"I remember reading Nawapol's script for the first time. I found it very interesting, but at the same time, my impression then was like, 'What kind of movie is this?', " he recalled, laughing.

Last year, Sunny played a possessive brother whose pretty sister (played by Urassaya "Yaya" Sperbund) is getting romantic with a man and wants to leave their house to get married in Nong Pee Tee­rak (Brother Of The Year), a comedy drama with a deep family touch.

Today, when asked how he normally chooses his roles, Sunny said that he can enjoy working on anything, no matter if they are big-budget or smaller indie films, as long as the director has "the heart" to make a good movie. 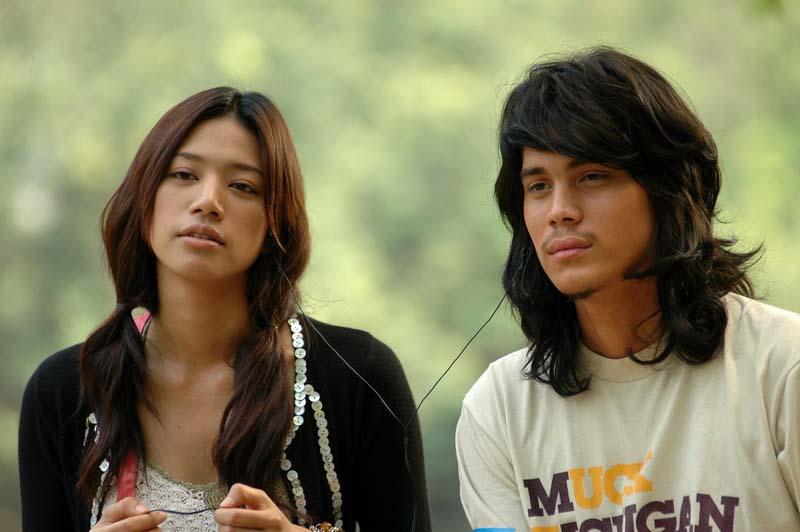 "I just trust my feelings every time I decide to work on any project. I never plan ahead if a movie should be a hit or will make a lot of money. If I can see that the people I'm working with have true passion for their craft, then I want to be a part of it," he said.

"Same thing goes for my acting. If I'm happy, or if the director thinks the movie came out exactly as they had pictured, then I don't really care what others say. I never have regrets about my decision, because it's something I have already chosen."

Today, at 38, Sunny still enjoys his career. But while he's able to maintain his status as an A-list actor after 14 years in the business, the actor admits he's never planned anything ahead.

"I don't like planning. I've been asked all the time since I was a kid, whether from my schoolteachers or my friends, what do I want to be when I grow up. My answer has always been 'I don't know yet', " he said.

"I think I'd love to experience my life as it is without overplanning. Maybe just like the feather we saw in Forrest Gump that reflects a message that life is full of uncontrollable events, and we never know what is next on the horizon for us."