Thanks to the extended MRT Blue Line, one of the most fascinating parts of the capital is now within easy reach

published : 15 Aug 2019 at 05:22
newspaper section: Life
writer: Pongpet Mekloy
Exploring the maze of alleyways in Saphan Han and adjacent neighbourhoods is a fun, eye-opening experience. There are numerous hidden gems, including century-old houses with exquisite decorative details. I didn't see any stray dogs and felt very safe as a result.

The area you'll be reading about in this article is only around 1.2km². Yet, it's packed full of fascinating things to see and do, from Wang Burapha, Saphan Han and Sampheng, to Phahurat, Saphan Phut, Pak Klong Talat and Ban Mo. 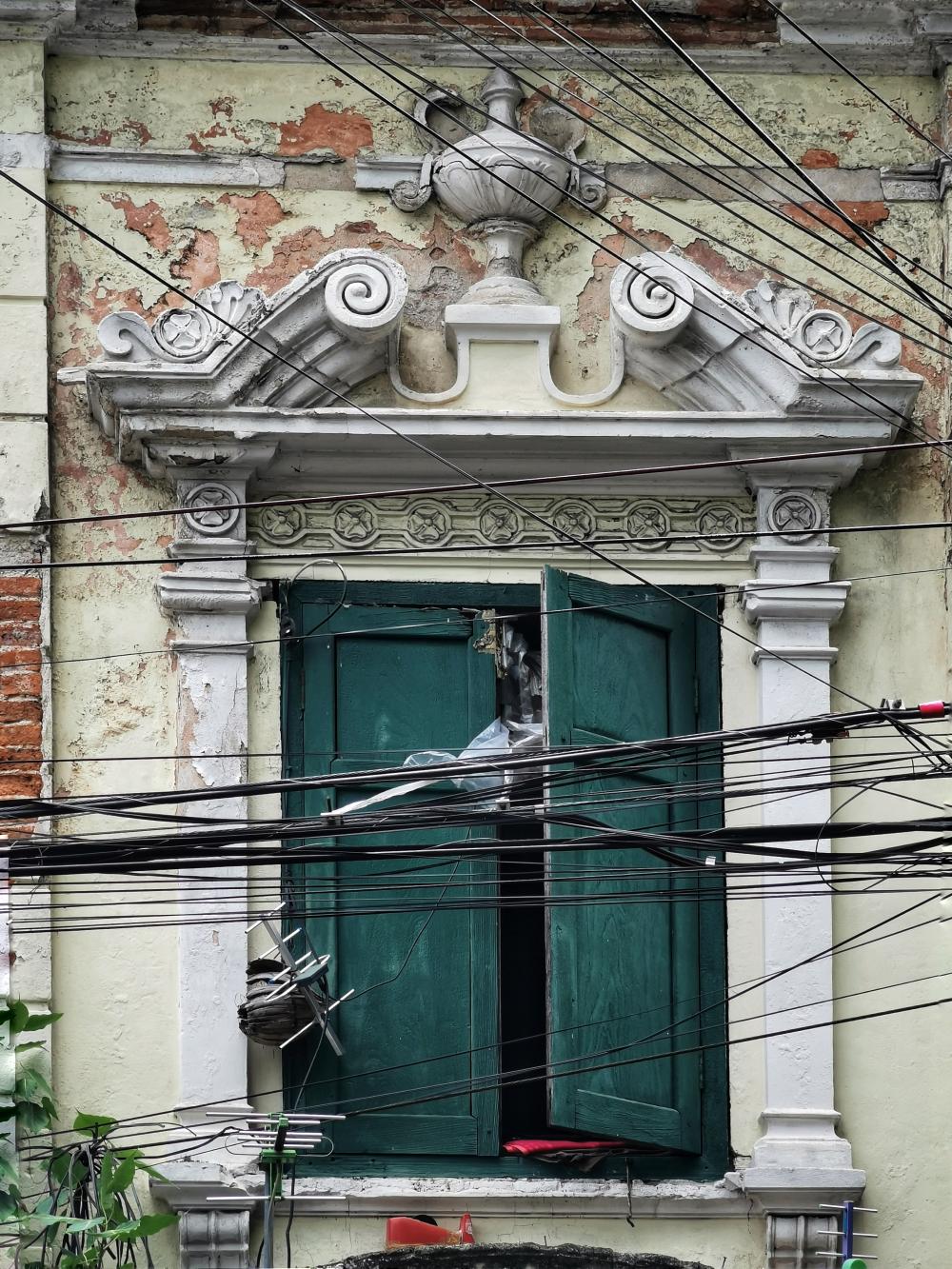 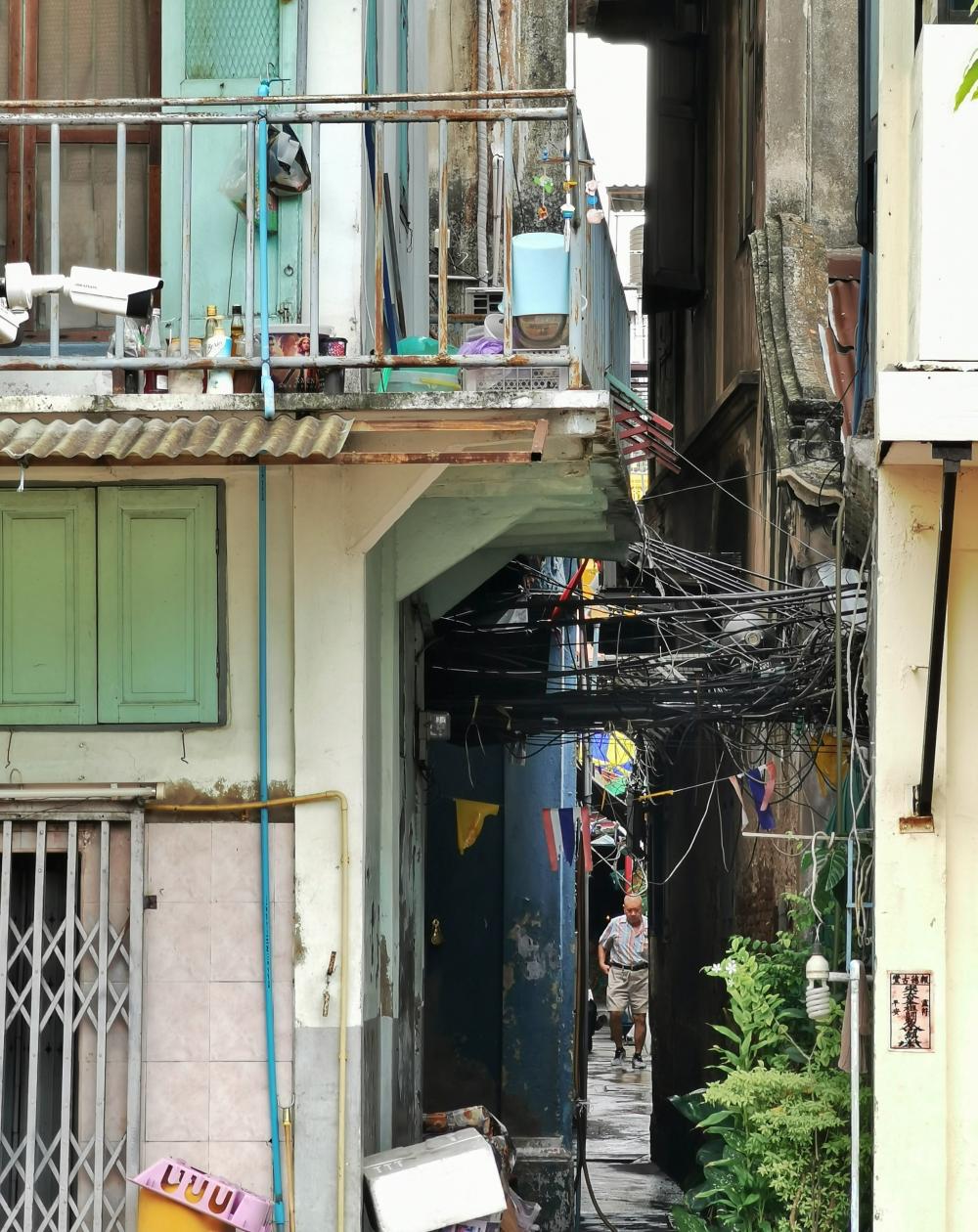 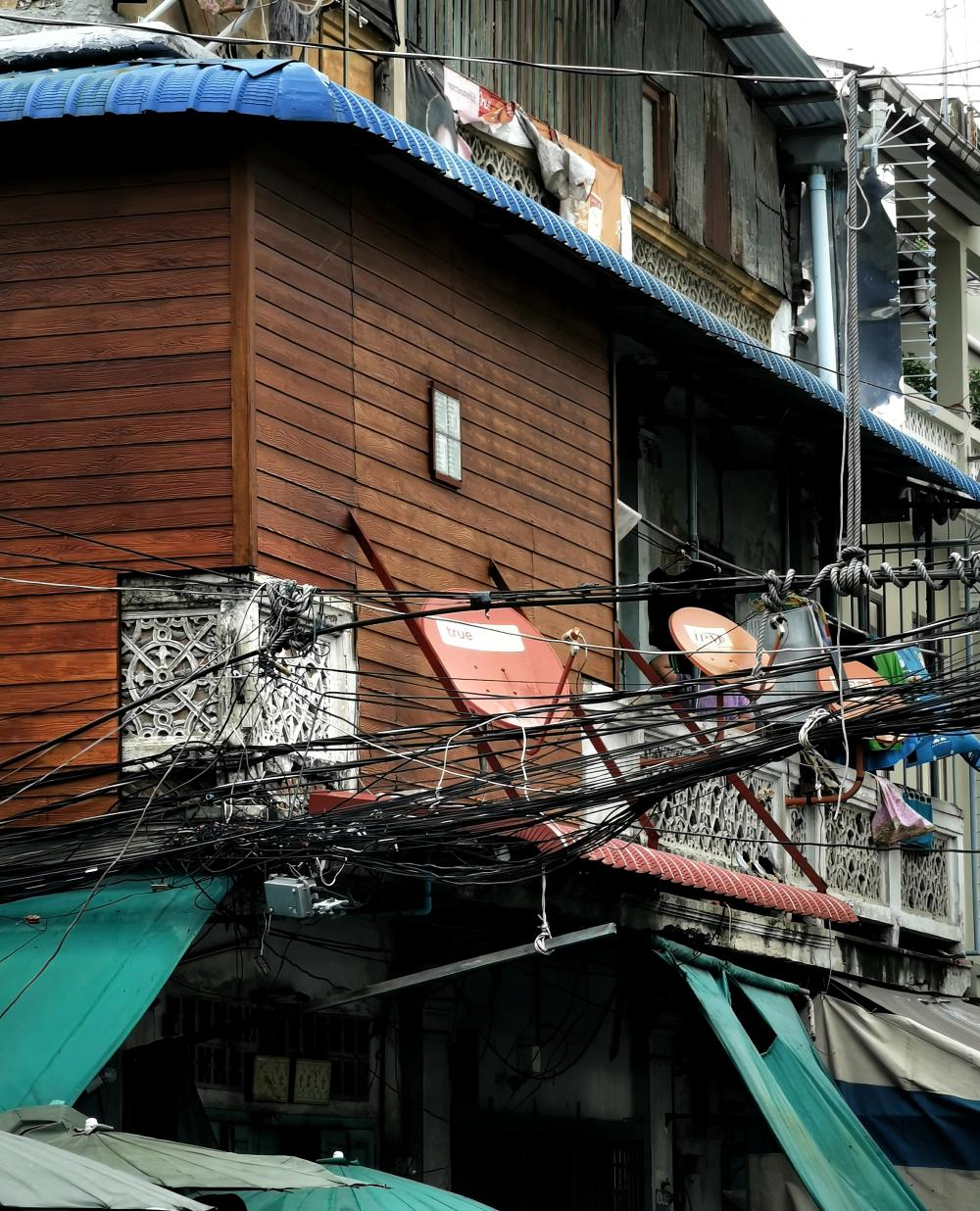 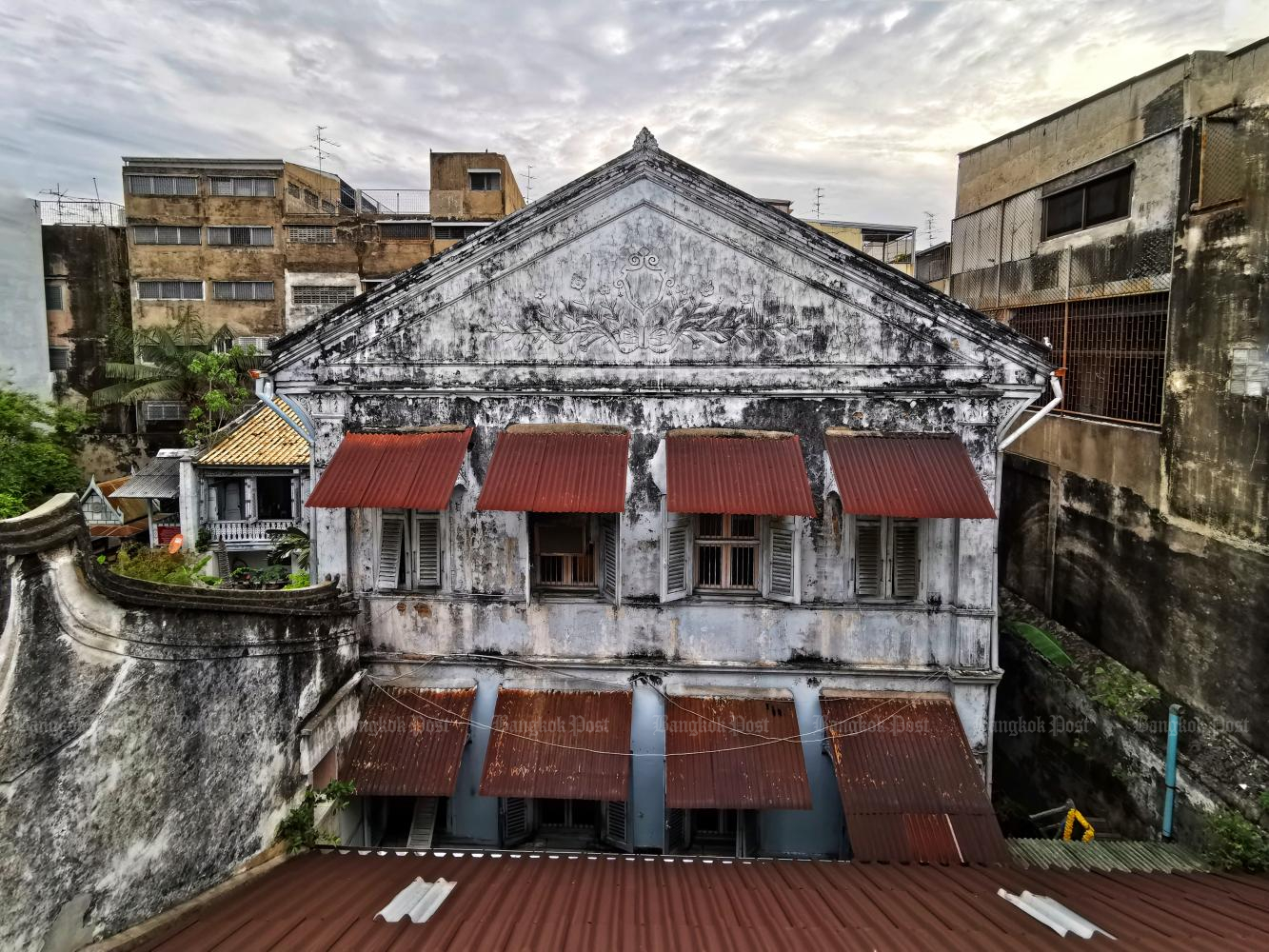 To help you get a better picture of this section of Bangkok's old town, let's first define its boundaries. Starting in the north, where the new Sam Yot MRT station is located on Charoen Krung Road, the area extends eastwards to Maha Chak Road, and westwards to Klong Khu Muang Doem, the old city moat, with the Chao Phraya River marking the southern boundary.

All this is easily walkable from Sam Yot station, so visitors are free to roam the area however they want to. But I'd like to recommend a route that spares you from having to walk back to Sam Yot. 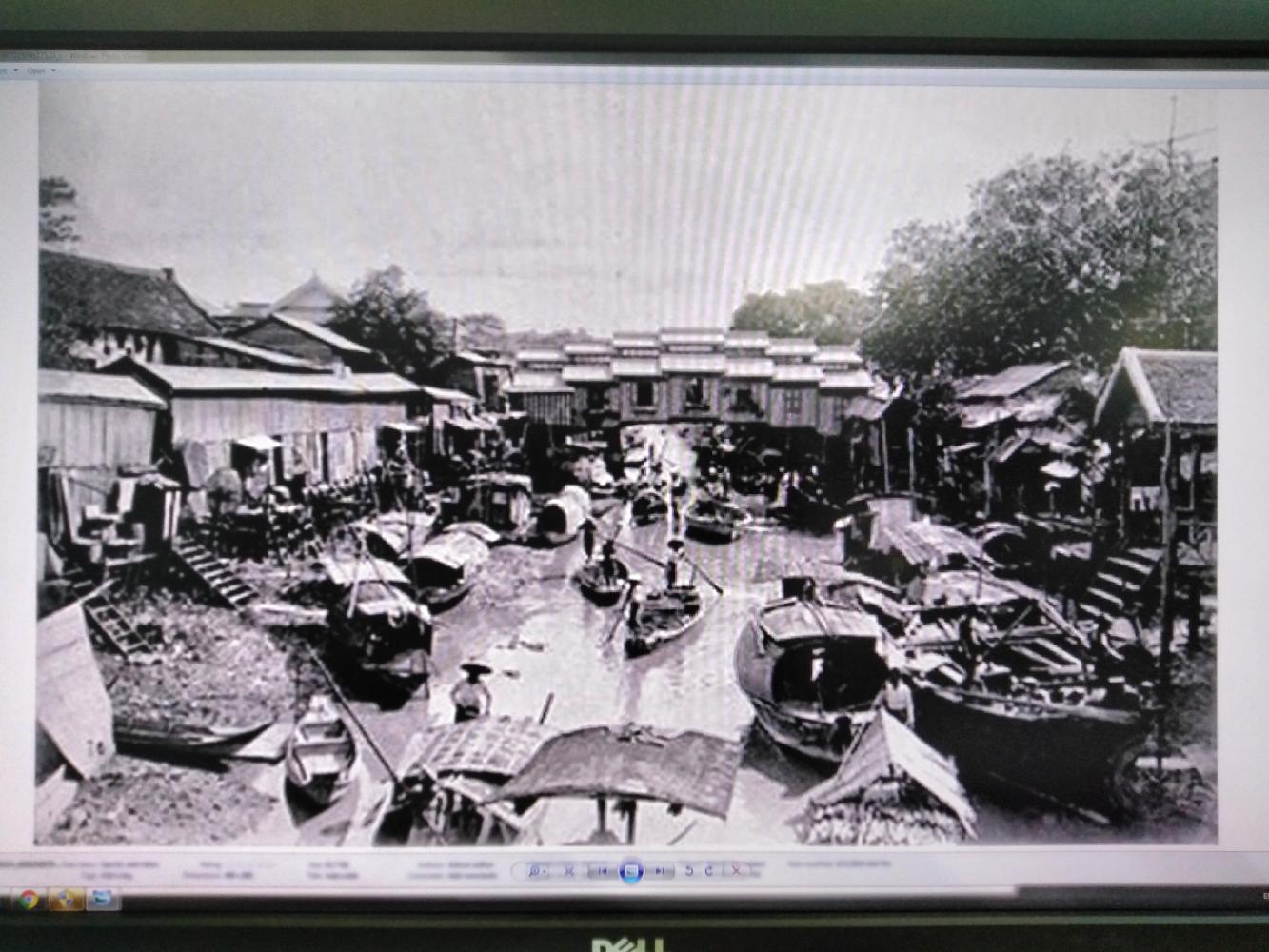 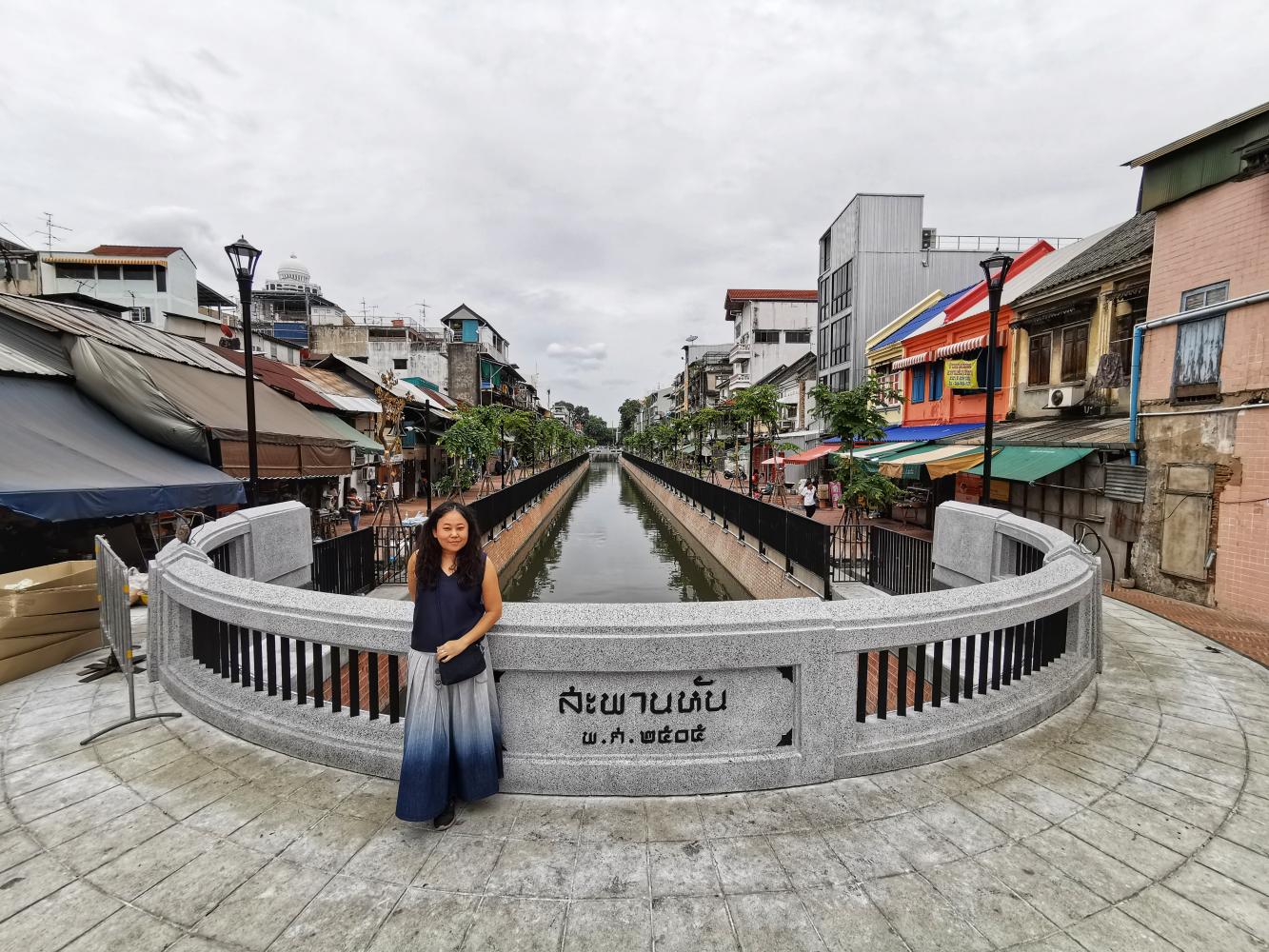 Saphan Han is one of Bangkok's oldest surviving bridges. It's not clear when it was first built, but the bridge has been reconstructed at least three times: during the reigns of King Mongkut (Rama IV), King Chulalongkorn (Rama V) and King Bhumibol (Rama IX). The one shown in the black and white photo was the version built under King Rama V. Like the world-famous Rialto Bridge in Venice, it was lined with shops. The current concrete version dates from 1962. Most Bangkokians are familiar with the name Saphan Han, but not many have seen the actual bridge, since this part of the canal had been fully covered by a market for decades. The shops were removed a couple of years ago as part of an urban beautification project.

From the station, follow the one-way-traffic on Charoen Krung Road to SAB junction, then turn right onto Chakkrawat Road. Wat Chai Chana Songkhram, Wat Chakkrawat and Chao Krom Poe, a 123-year-old herbal medicine dispensary, are just down the street.

Between the two temples, where Yaowarat Road intersects Chakkrawat Road, lies the century-old Luean Rit community, which is undergoing major restoration. Once the project is completed, the area will be a new attraction in an already interesting corner of the city. But for the time being, Luean Rit is sealed and off-limits to the public. 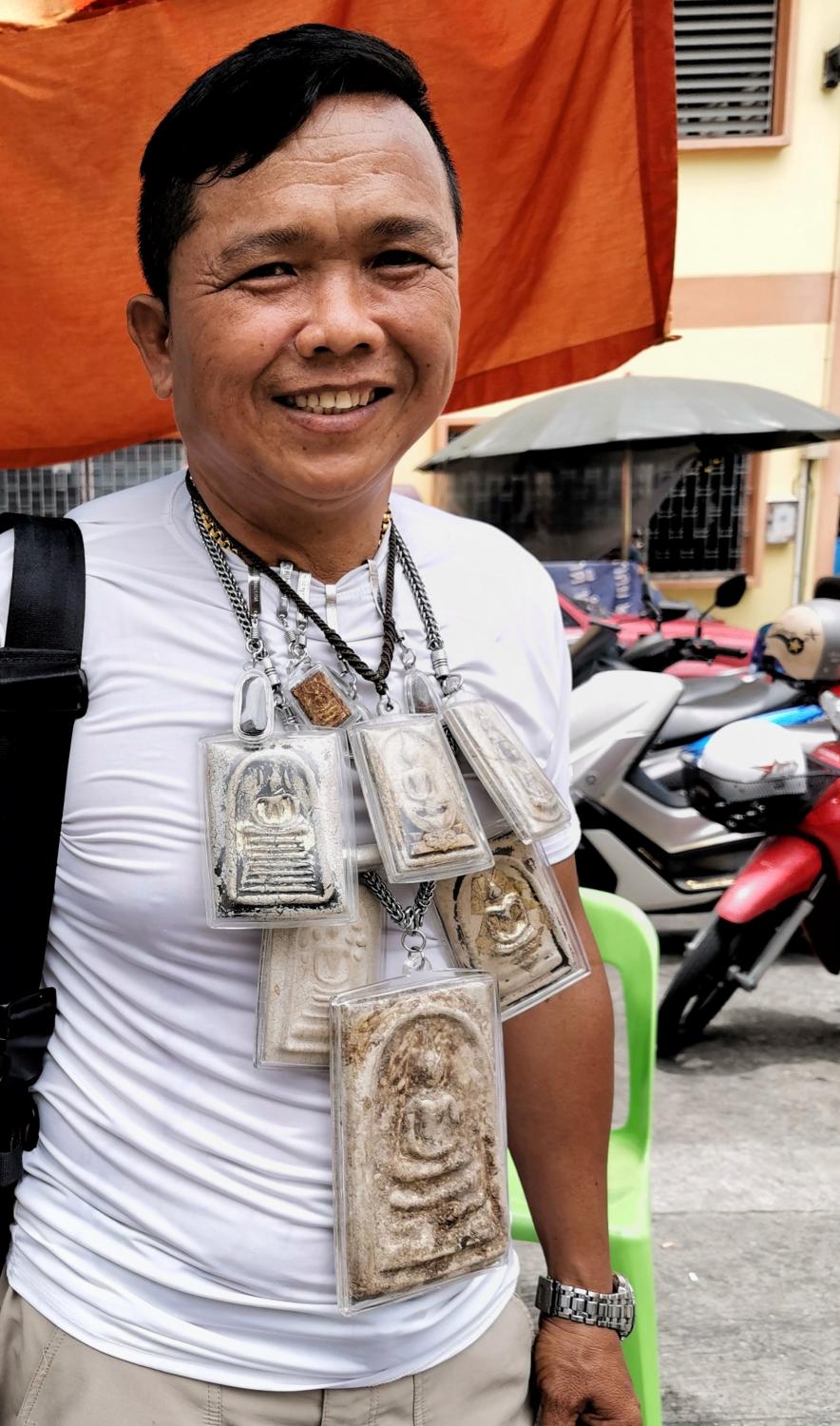 Everybody has something interesting to share. Interact with people, be they locals or fellow visitors, and your experience anywhere can be more enriching.

Incidentally, at the time of writing, on Google Maps, Street View depicts Luean Rit as it now is, surrounded by tall metal walls. However, as you move through the entrance to the restoration site, Street View shows lively scenes from before the residents moved out. It's like suddenly being transported back in time. Very cool. I recommend trying it before Google updates it.

Back to our actual tour, from Wat Chakkrawat, cross to the other side of the street and take Hua Met lane, part of Sampheng wholesale district, to Klong Ong Ang and Phahurat. Along the way, be adventurous and explore all the alleyways. You might find some delightful surprises, as I did. 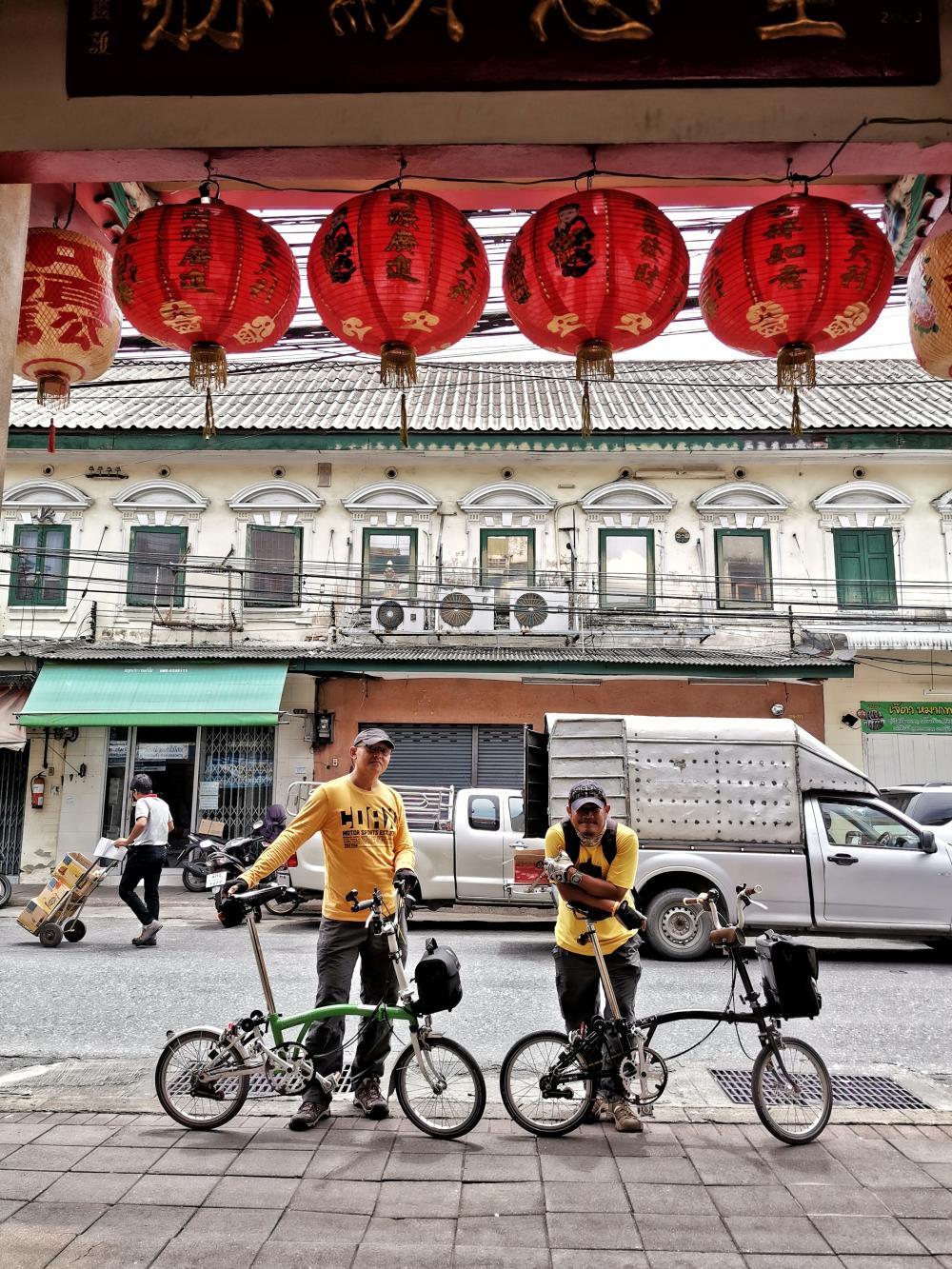 If you're not keen on walking, exploring the area by bicycle allows you to navigate the small alleyways unreachable by larger vehicles.

From Phahurat and Little India, continue through Wang Burapha to Ban Mo and Pak Klong Talat. Each of these places specialises in different businesses.

By the time you get to Pak Klong Talat, you'll likely be tired and ready to call it a day. Thankfully, Sanam Chai MRT station is just a short walk away, on the other side of the old city moat.

If you can't finish the suggested route in one day, don't worry. With the convenient new transportation links, you can easily come back whenever you want. 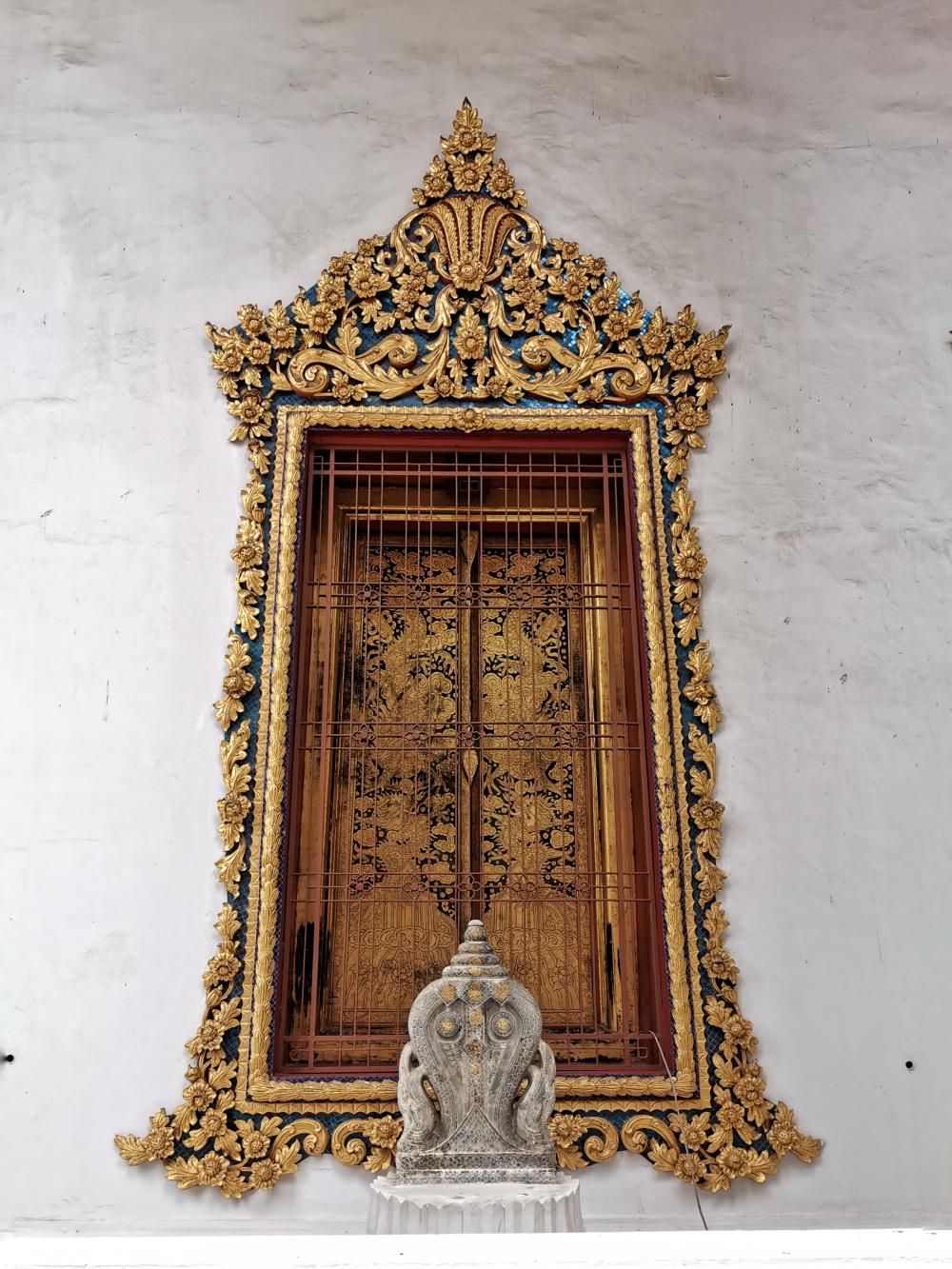 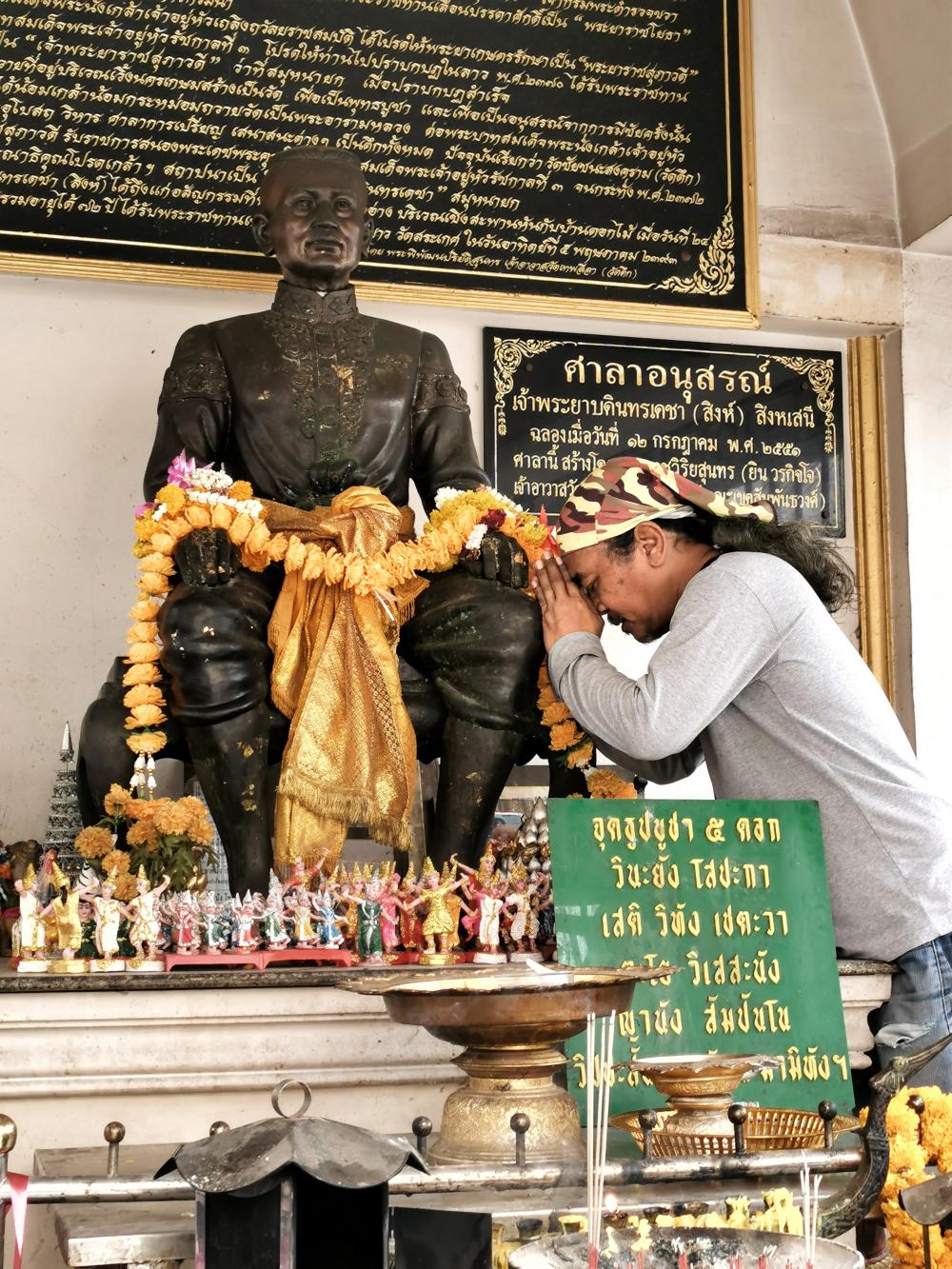 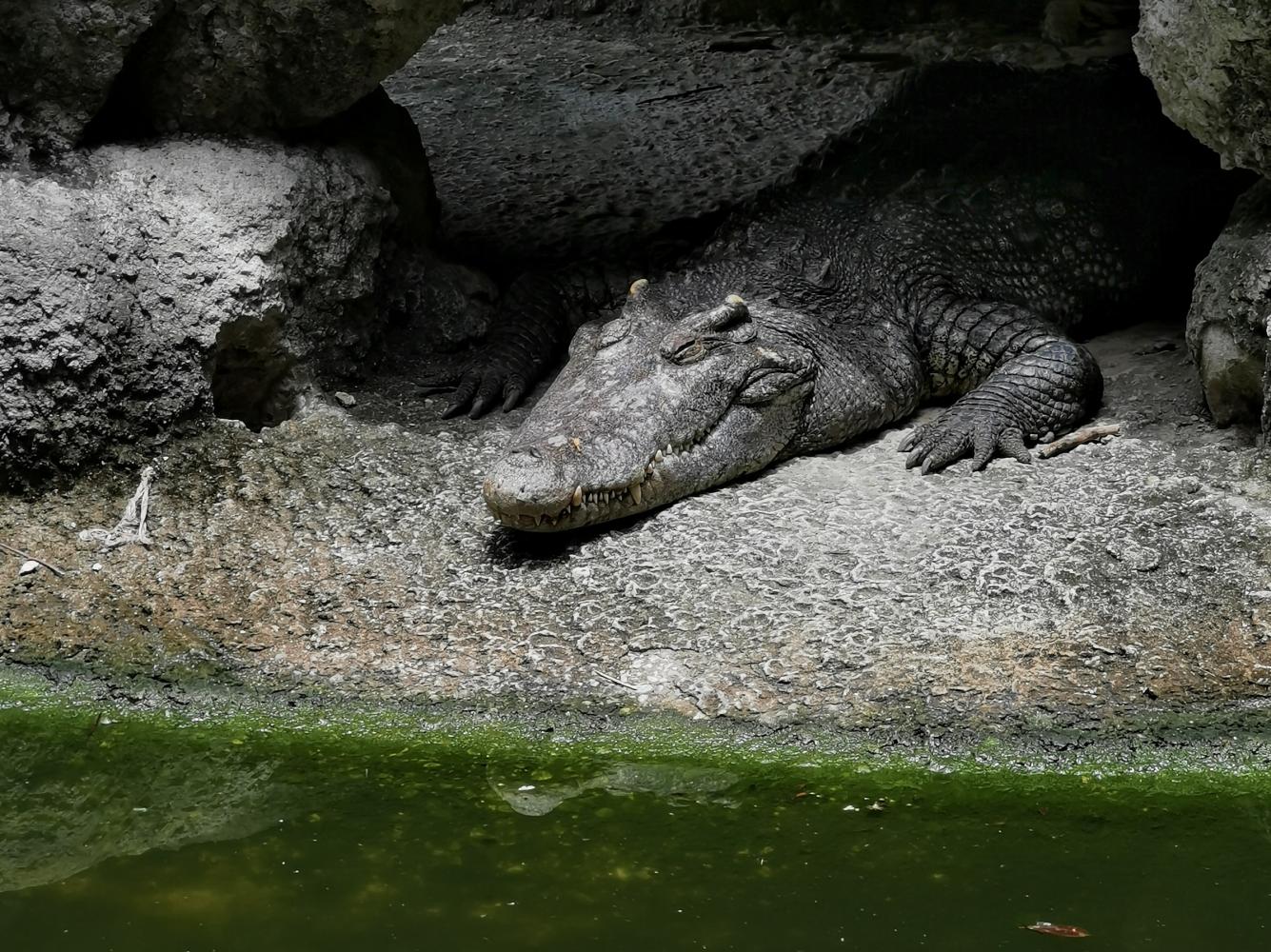 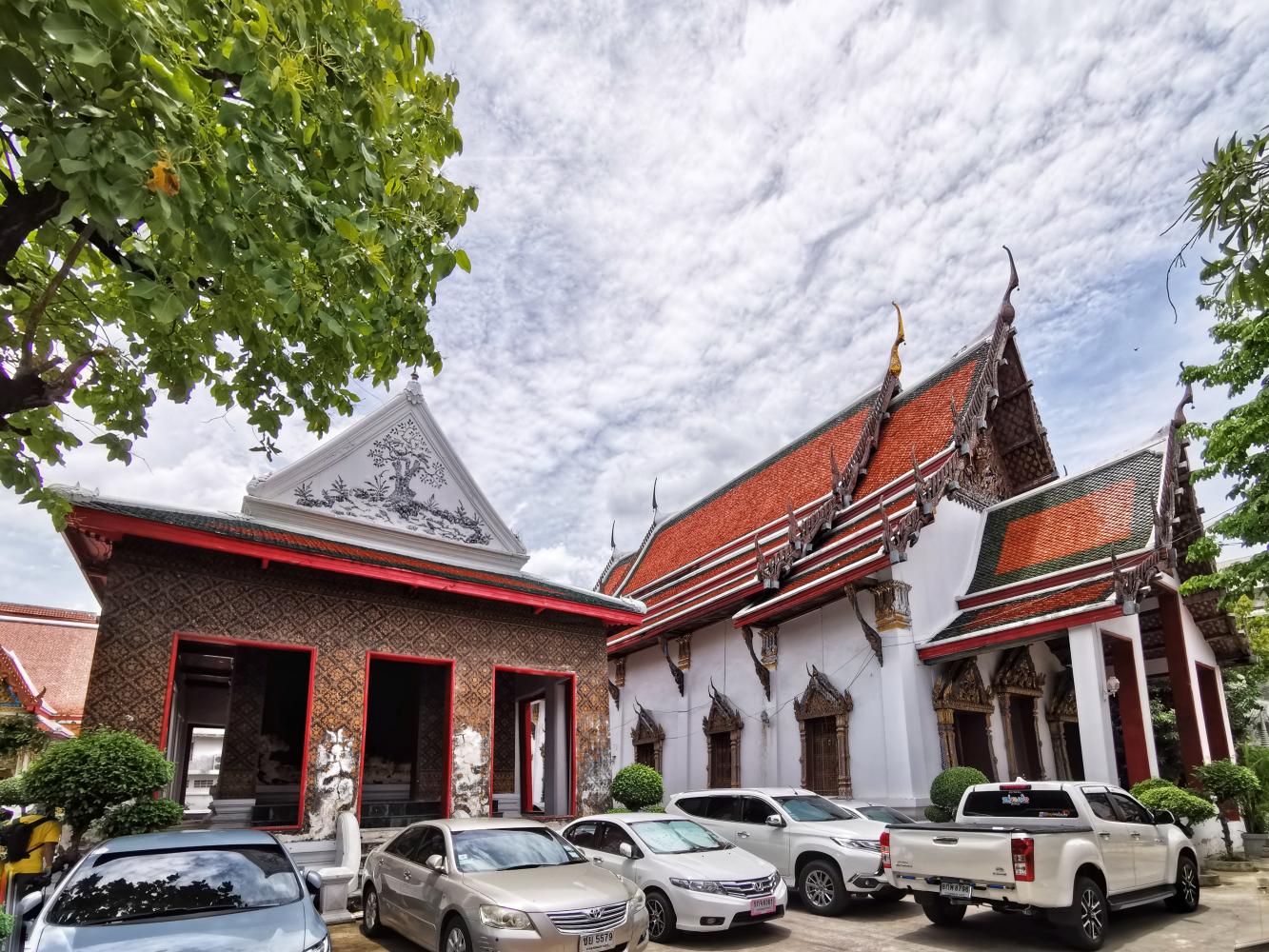 A major Buddhist temple in the area, Wat Chakkrawat, dates back to the Ayutthaya Period. It was later renovated by Chao Phraya Bodindecha, one of King Rama III's top generals. Apart from the beautiful architecture, the temple also houses a crocodile enclosure built in 1942. (Its first resident was said to be a man-eating crocodile that came in a great flood that year.) A short walk northward takes you to Wat Chai Chana Songkhram (not to be confused with Wat Chana Songkhram near Khao San Road), built on the land where the former home of the aforementioned general was located. In addition to the two Buddhist monasteries are several other places of worship in the area, including Wat Bophit Phimuk, Wat Rat Burana and a Sikh temple, Gurdwara Sri Guru Singh Sabha, and several Chinese shrines. 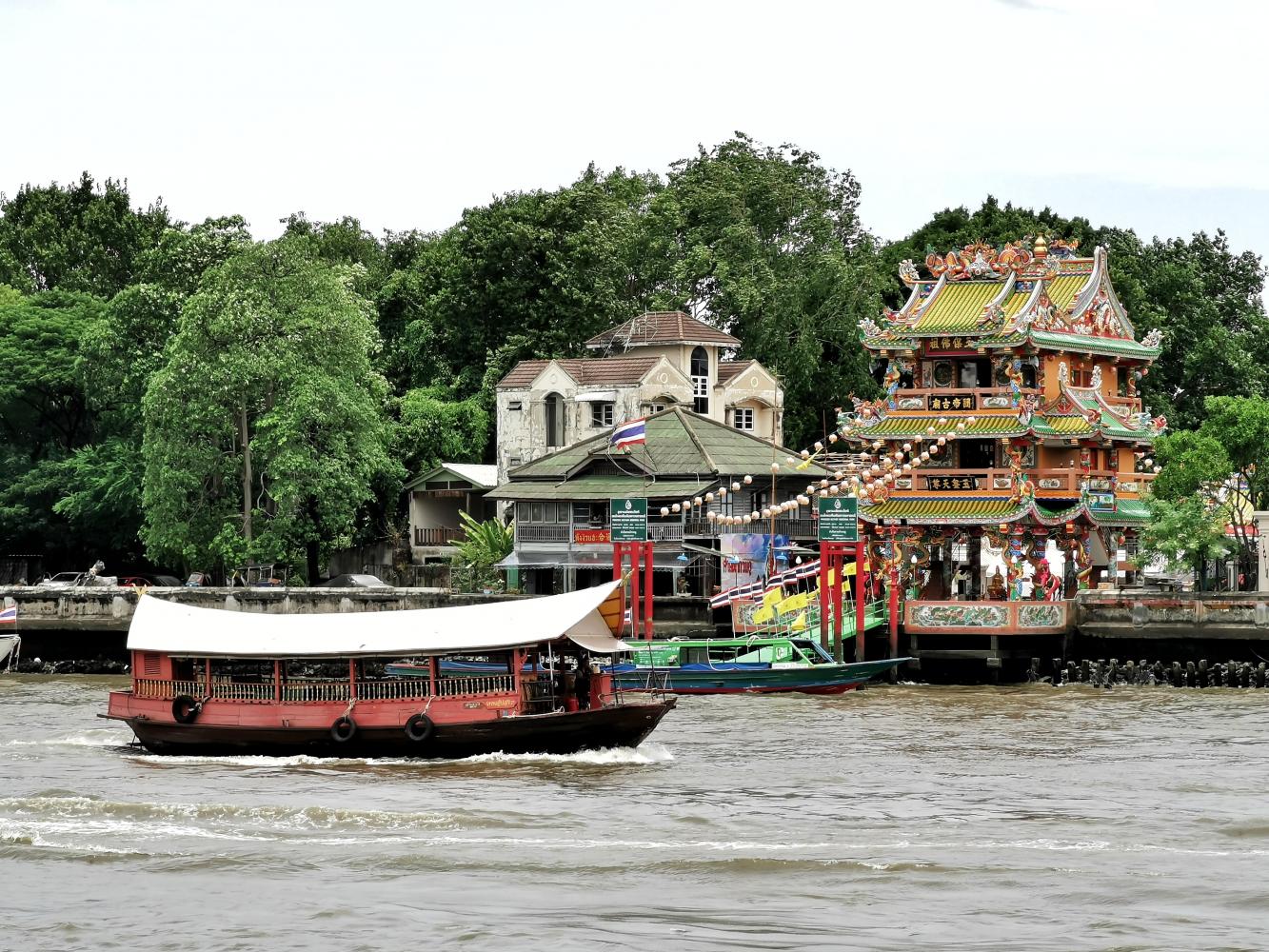 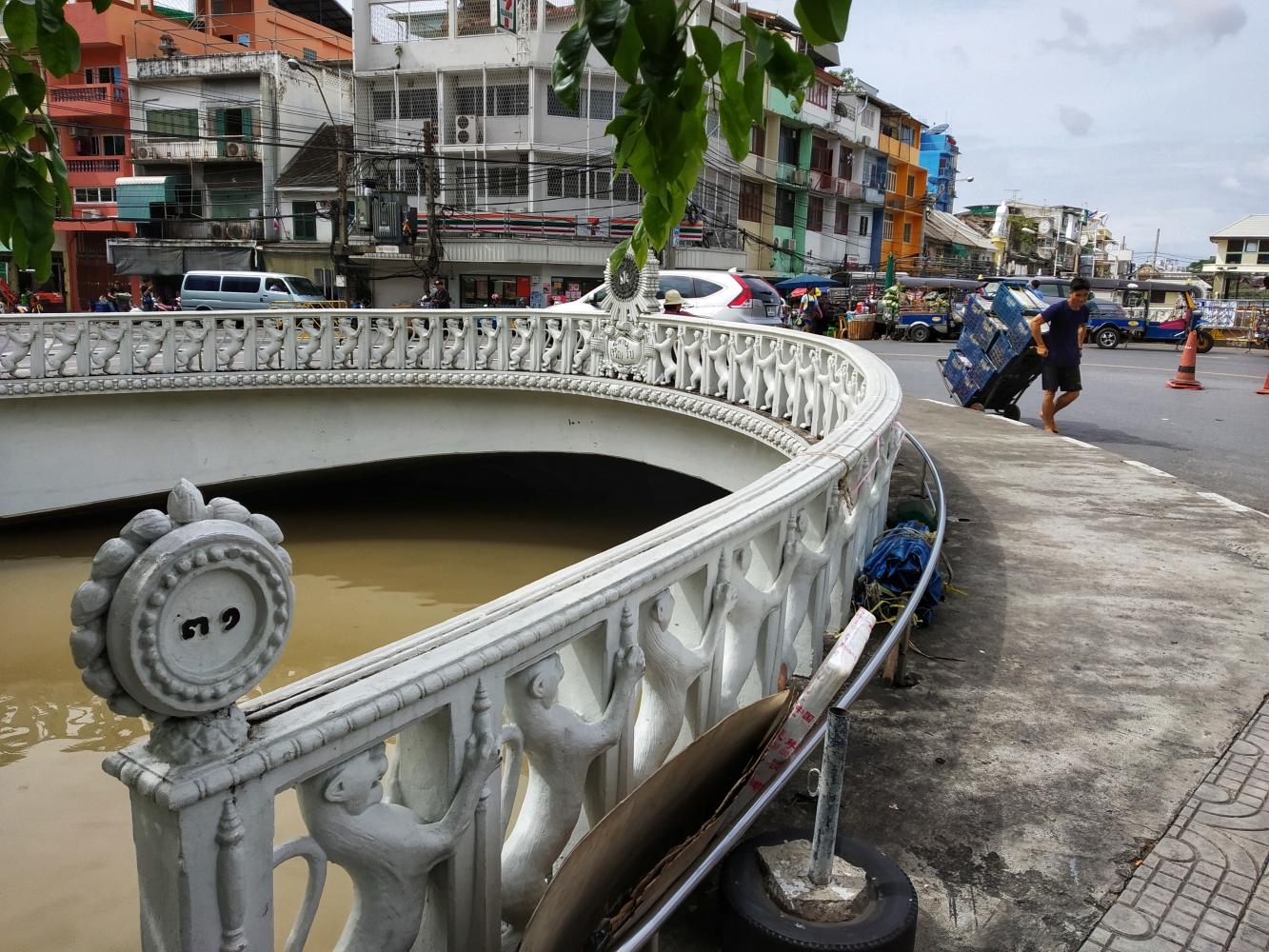 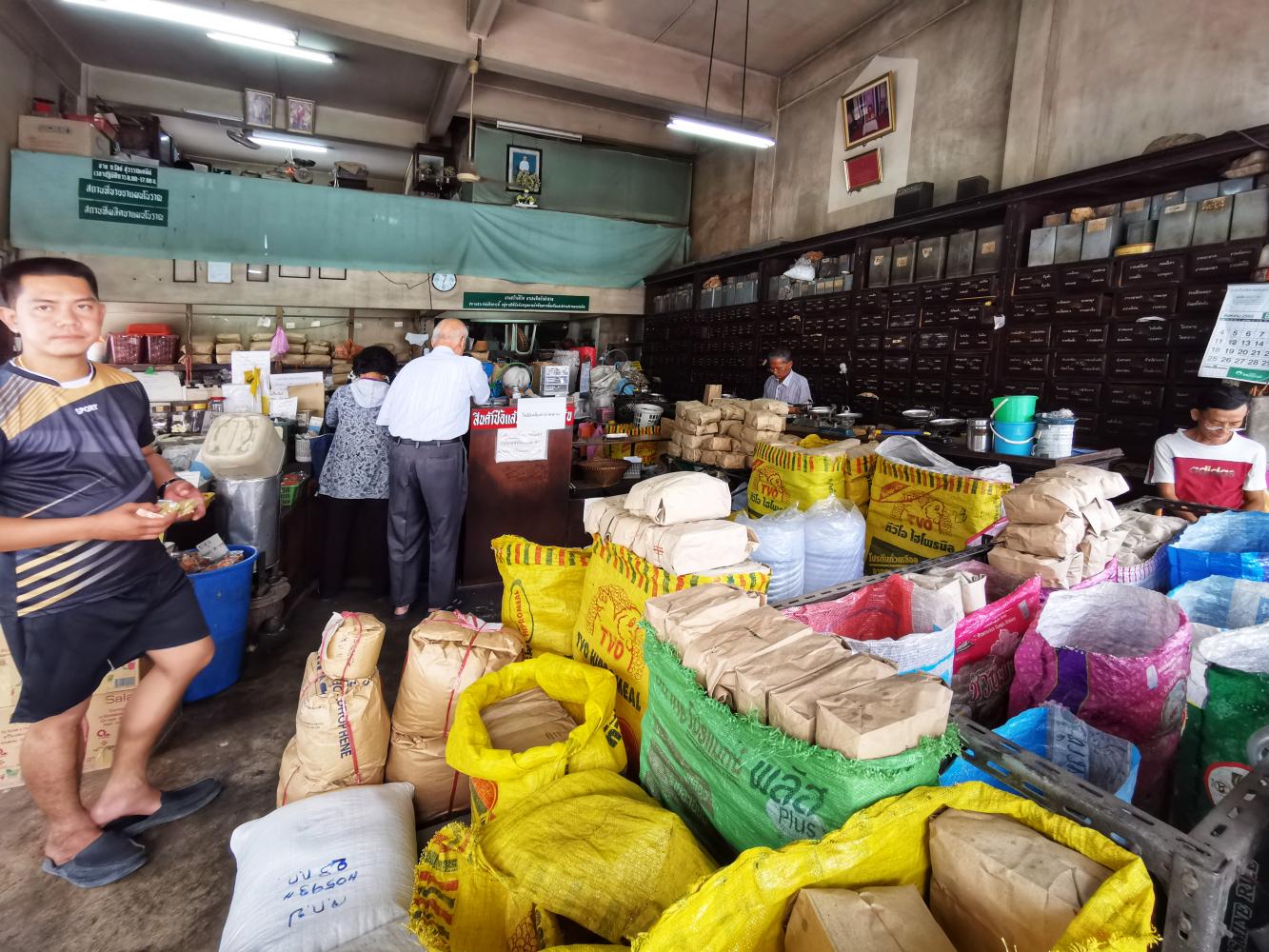 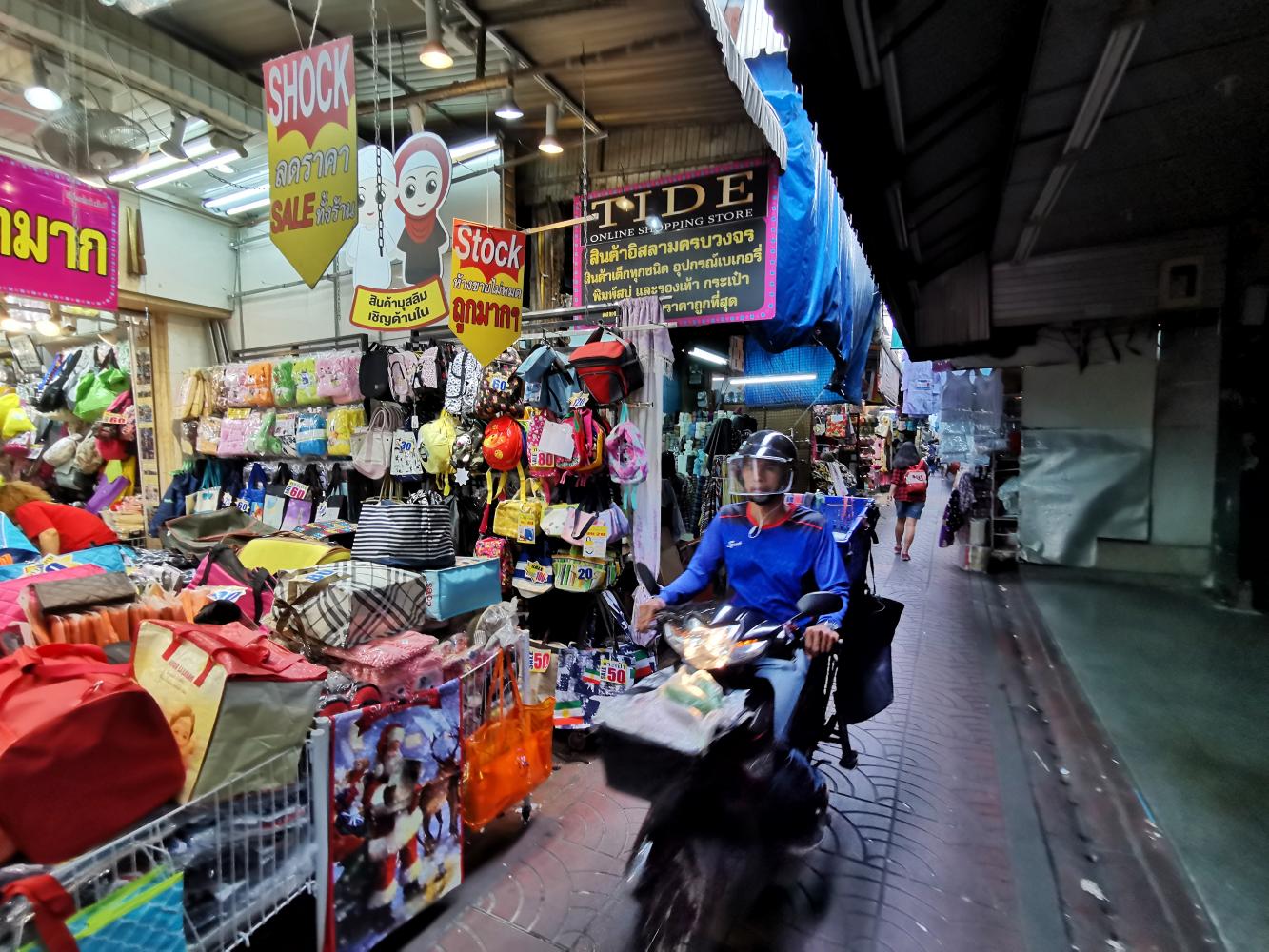 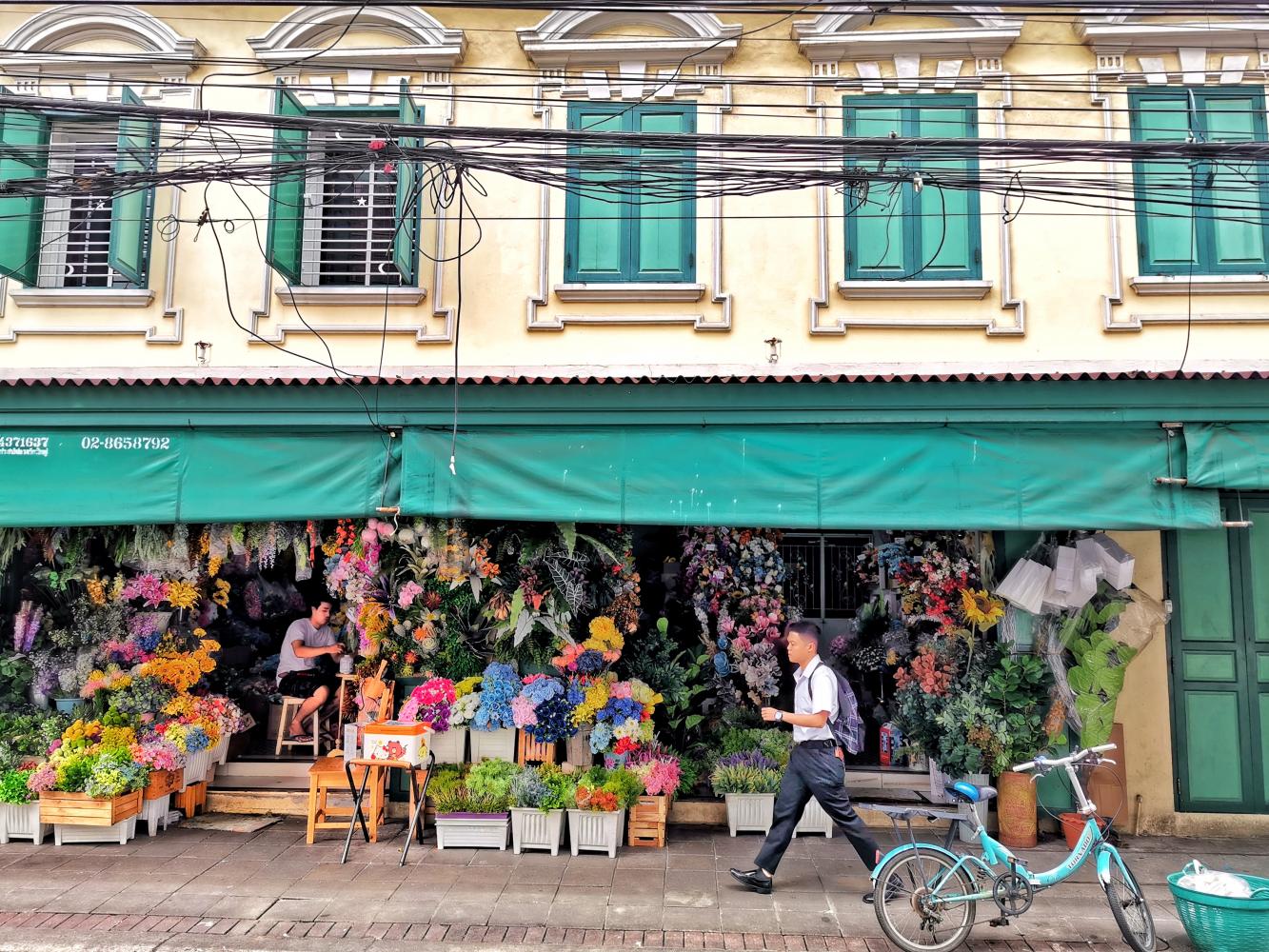 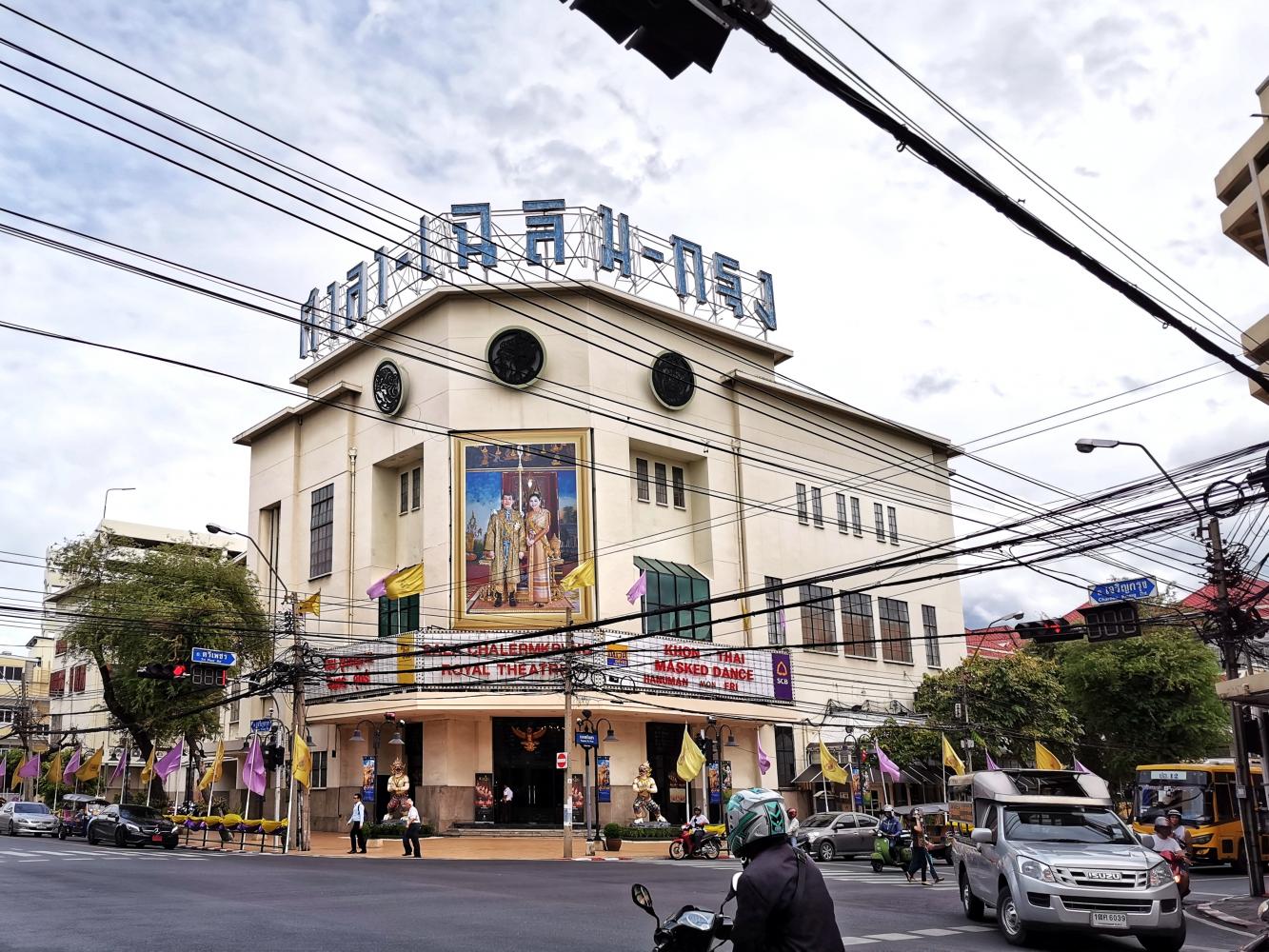 Despite its size, the featured area boasts many places of interest, a number of which are quite well known: the 86-year-old Sala Chalermkrung Royal Theatre; the Old Siam Plaza; the flower markets of Pak Klong Talat; Memorial and Phra Pok Klao bridges; the electronics shops of Ban Mo; the fabric shops of Phahurat and Sampheng Market. But in between, there are also plenty of lesser known spots with intriguing stories to tell. Wat Dibayavari, for example, is a Chinese temple older than Bangkok city itself, dating back to the Thon Buri Period. Over the centuries, it has undergone several renovations and reconstructions. The current structure dates from 2011. Then there is Wang Burapha (meaning east palace) neighbourhood, once the royal residence of Prince Panurangsi Sawang Wong, King Rama V's brother. In 1952, the palace was sold to a businessman who tore it down and turned the area into Bangkok's first modern shopping district. Despite the long absence of the palace, the area, now full of gun shops, is still called Wang Burapha. Further south, on the west bank of Klong Ong Ang, an elegant building is undergoing renovation. This is the former office of the Constitutional Court. Originally, it was the home of Chao Phraya Rattana Thibet, a high-ranking official during the reign of King Rama V. Each of the many bridges over Ong Ang canal and the old city moat — the latter marks the western boundary of our featured area — also have interesting histories. If you do research on each place, you'll learn about the people related to them. Their stories will make you appreciate this old part of the city even more. 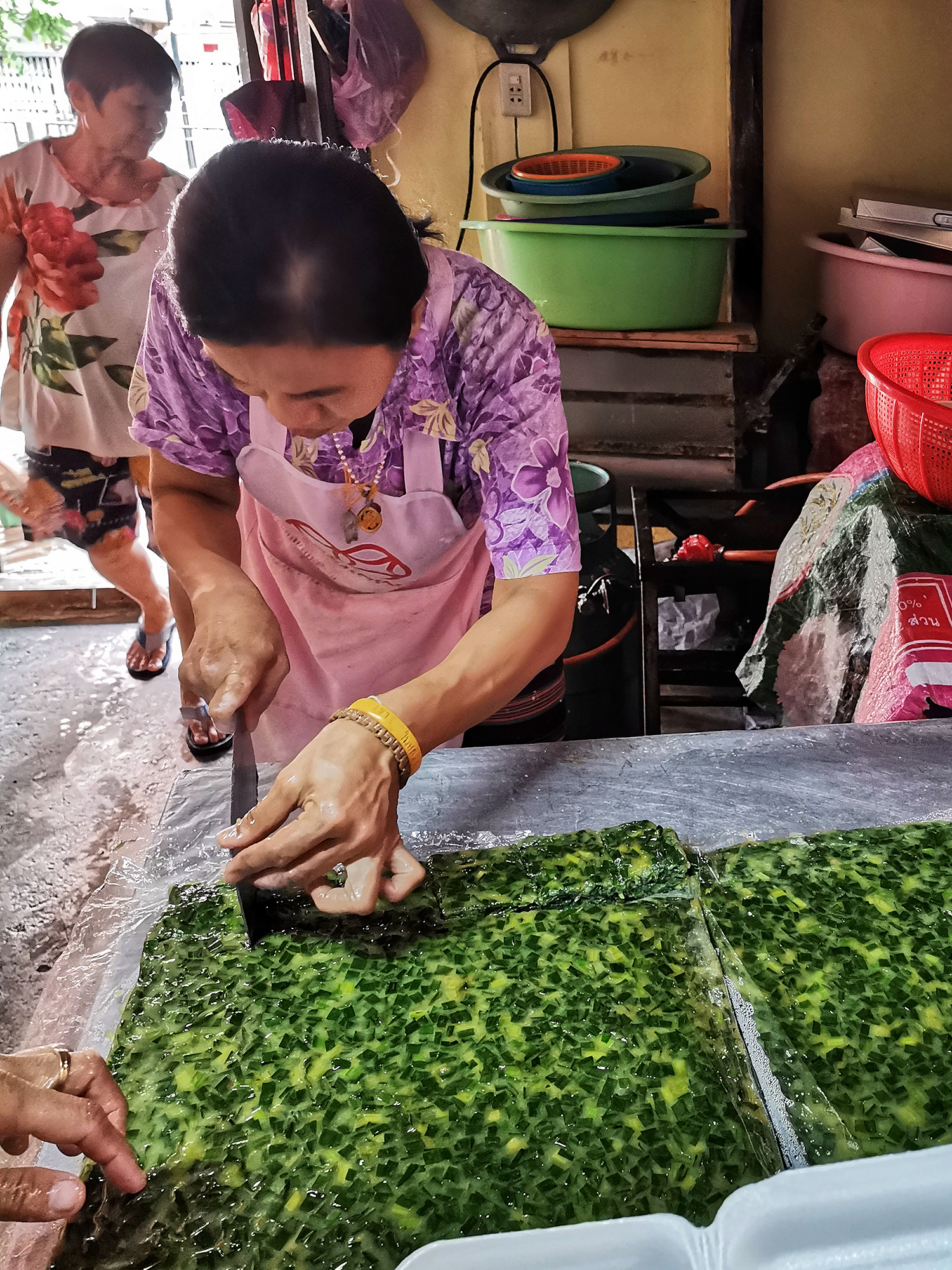 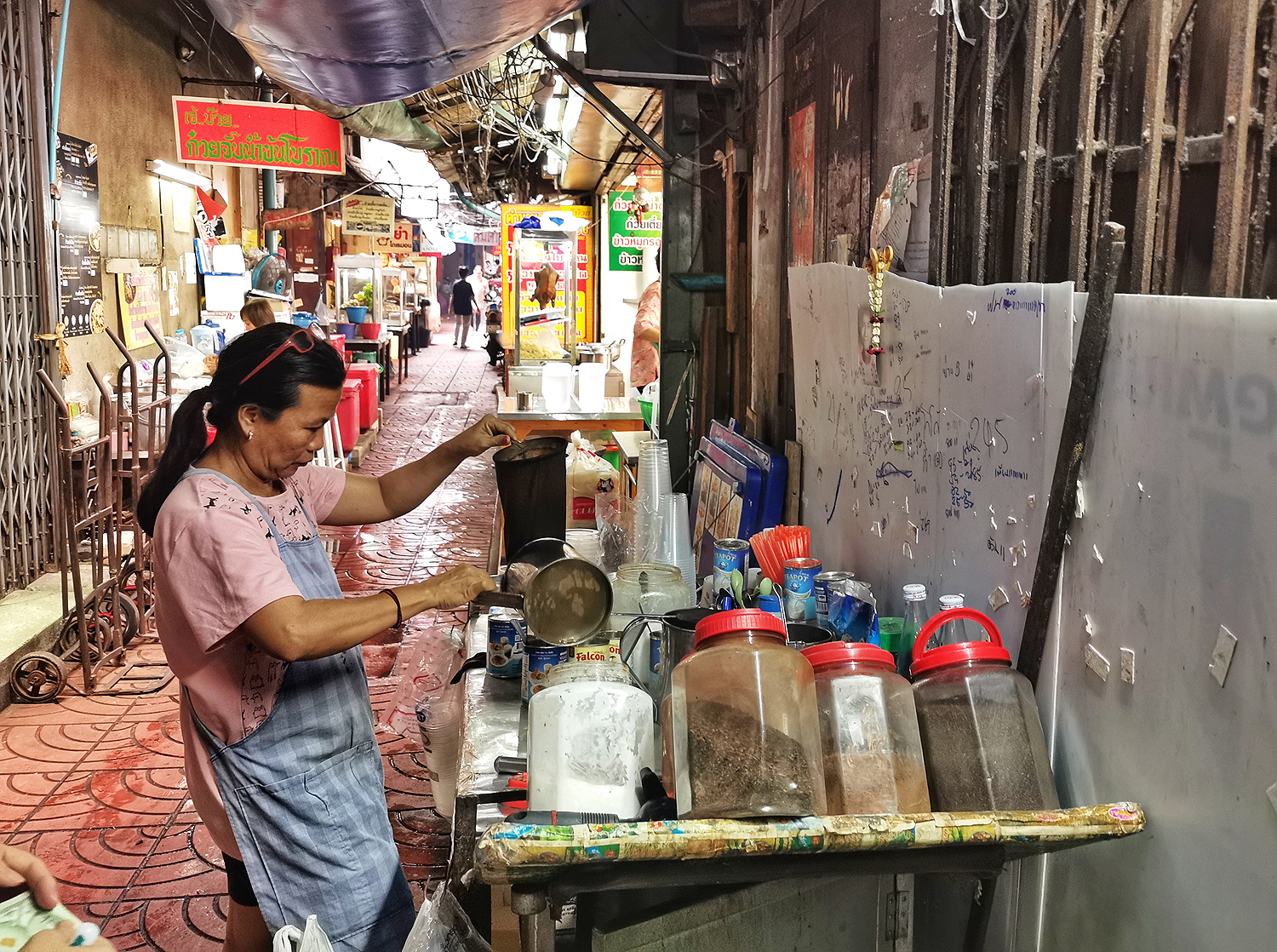 From street vendors to longestablished restaurants, encompassing Thai, Chinese, Indian and even Bhutanese cuisine, the area around Sam Yot MRT station is full of tasty treats. 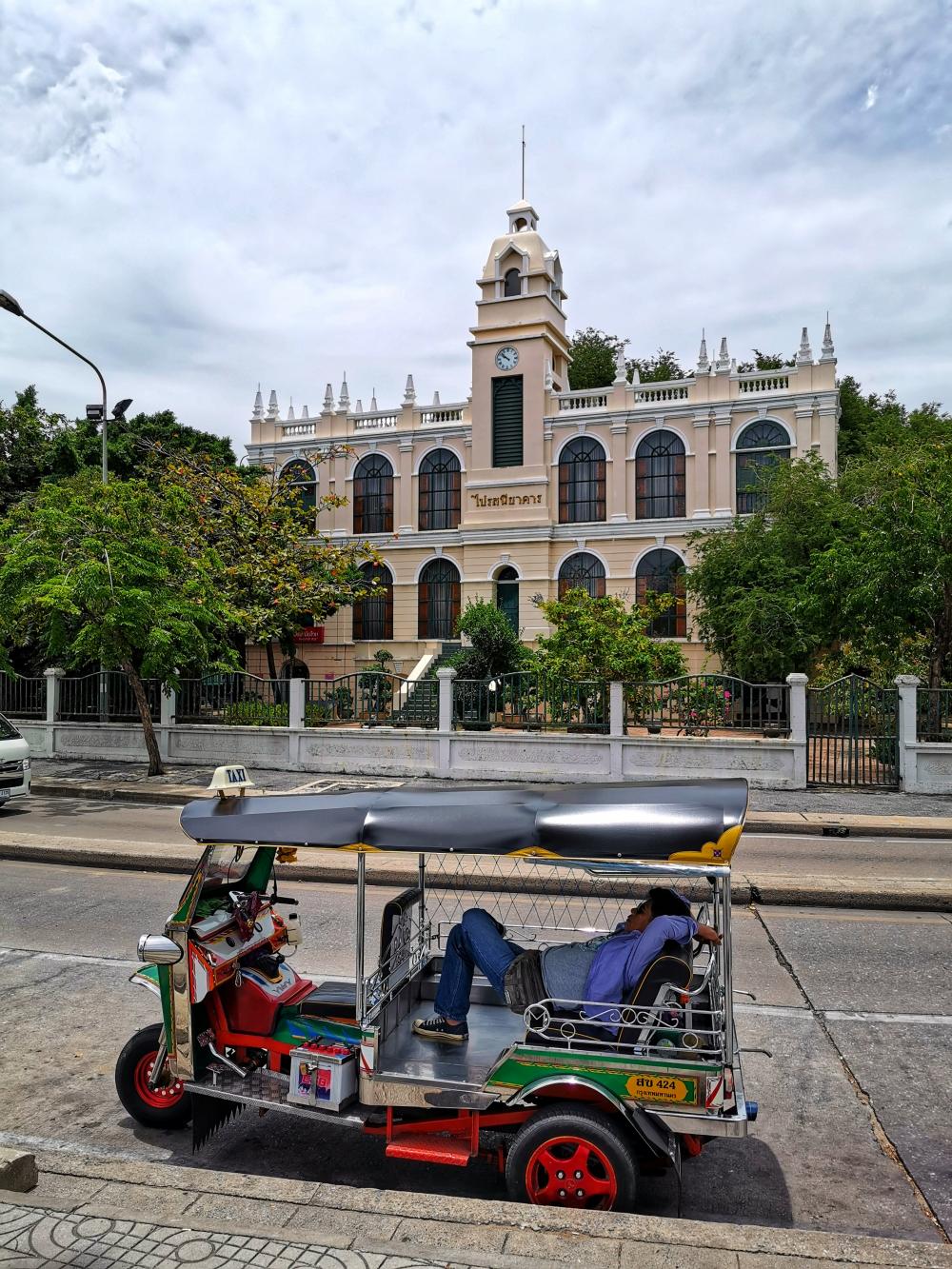 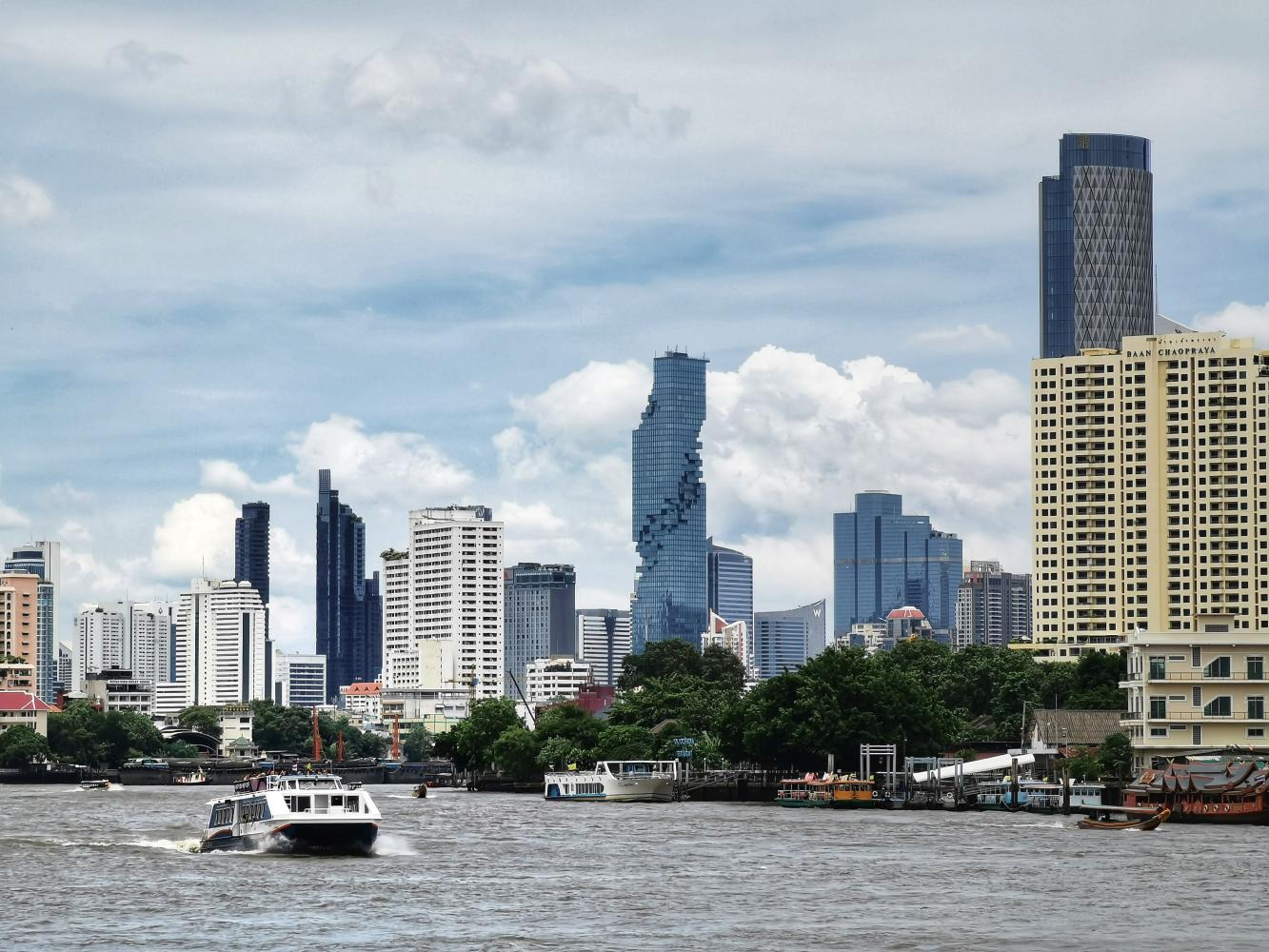 With the extension of the MRT Blue Line (Wat Mangkorn-Tha Phra), these old parts of Bangkok are much easier to access. The new underground route connects with the original MRT Line at Hua Lamphong station. From there, it is two stops to Sam Yot.

During the extension's initial trial period, which lasts until Sept 28, the service runs from 7am to 9pm and is free of charge. 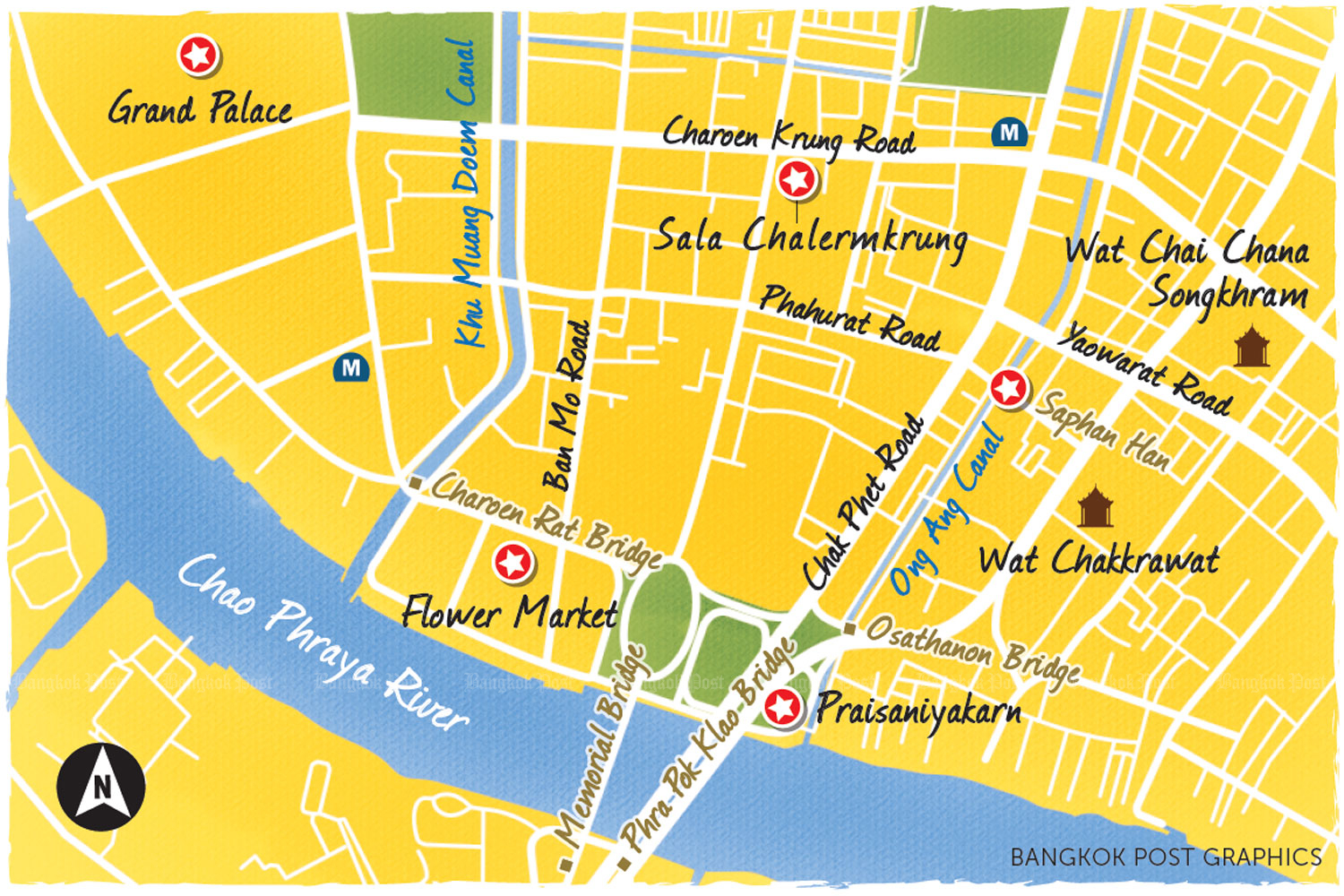