Change with the seasons

When visitors come to Thailand, enjoying some local cuisine is usually high on the agenda. They will eat dishes like khao ka moo (pork leg stew with rice), pad Thai, massaman or khao pad kaprow (fried rice with sweet basil), and go home feeling they have had an authentically Thai food experience.

All of this is Thai food, of course. But Thais themselves have a habit of differentiating dishes according to their ethnic origins, be they Thai, Chinese, Western, Indian, Vietnamese, etc. This is despite the fact that many of these ethnic dishes have long been adapted and assimilated into Thai cuisine.

Similarly, old Thai recipes adapt and change over time, but are still perceived as authentically Thai. The internationally popular tom yam goong is a good example. Once, tom yam was made using snakehead fish only and the soup was thickened by adding coconut cream. Now, many people substitute condensed milk for coconut cream, and snakehead fish is no longer a requirement. 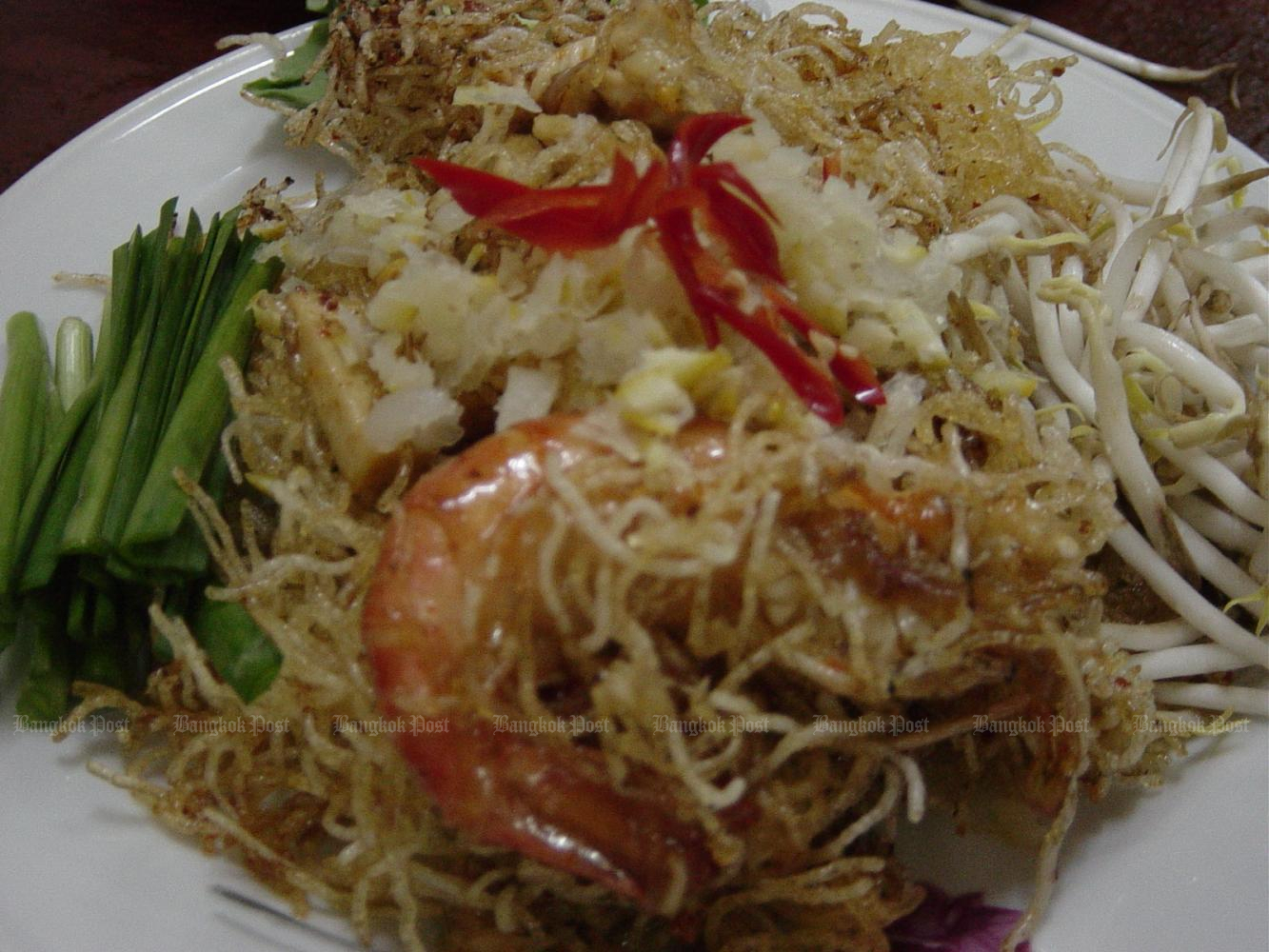 Some old dishes have gone out fashion almost entirely. There used to be a type of fish soup made with dried snakehead fish heads. The fish heads were simmered in coconut milk with gourd and seasoned with salt. This soup is basically extinct now. Tastes evolve and no one wants to eat a smelly broth with bony fish heads anymore.

Gaeng ron or Gaeng jued, a clear, mild curry is most likely influenced by a type of Chinese soup made with pork bone broth, seasoned minced pork or prawns and vegetables. The Thai version is rather different from the original. It is made by pounding shallots with pepper and shrimp paste, which is then cooked in coconut milk. When the soup comes to boil, daylily, wood ear mushrooms, tofu, dried prawns and spring onion are added. Most Thais are unaware of gaeng jued's Chinese origins and believe the dish is authentically Thai. Mee kati, a mixture of Thai and Chinese influences.

Pla ra sap song krueng (a fermented-fish recipe) is a very old dish that has retained its popularity. Pla ra is chopped with minced pork, dried chilli, lemongrass, galangal, kaffir lime skin, shallots and garlic. The mixture is stir-fried until cooked, then lemon juice and fish sauce are added, and thinly-sliced kaffir lime leaves scattered on top. This recipe, once enormously popular among aristocrats and the upper classes, resembles the Cambodian dish pla hoh kati, which is cooked in coconut milk and features masang fruit to attain a sour flavour.

In Thailand, bread is categorised as Western food. But there are now many bread based dishes that are most definitely Thai, not Western. A good example of this would be kanom pang na moo, a mixture of minced pork with finely chopped coriander root, soy sauce, oyster sauce, egg and flour, spread on bread and deep fried. The dish is served with ajad (sweet and sour cucumber dip).

Such culinary adaptations are not limited to Thais borrowing from foreign recipes. Foreign communities living in Thailand also make changes to their own cuisines. Some are adapted to meet Thai preferences, some changes have to be made due to the availability of local ingredients. 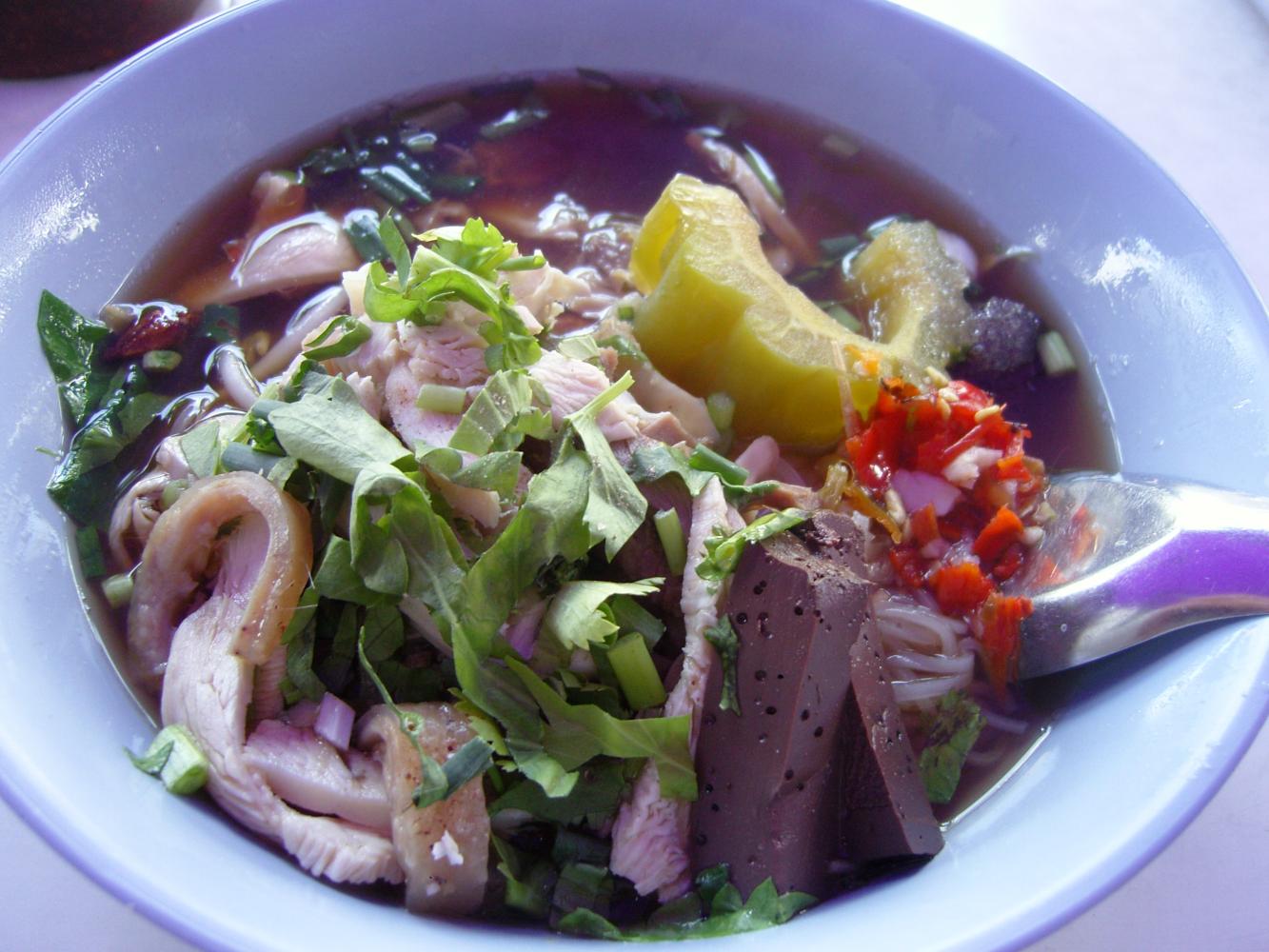 The classic Japanese hotpot, sukiyaki, first showed up in Thailand over 50 years ago. At first, ingredients were imported from Japan, but this proved to be an extremely expensive and inconvenient process. Japanese restaurants began to change their approach, introducing ingredients available locally, such as vermicelli and Chinese cabbage.

Similar ingredients are used in the stir-fried Hainanese dish pad haeng hai lam. (With soup, the dish is called suki nam, the name clearly borrowed from "sukiyaki".) Pad haeng hai lam has become so popular that more and more local food shops offer the dish, unsurprisingly with further adaptations. A popular restaurant in Nakhon Nayok serves its own version with coconut cream added to the broth, which they call suki nam Nakhon Nayok. It would be interesting to see what a Japanese person would make of it. 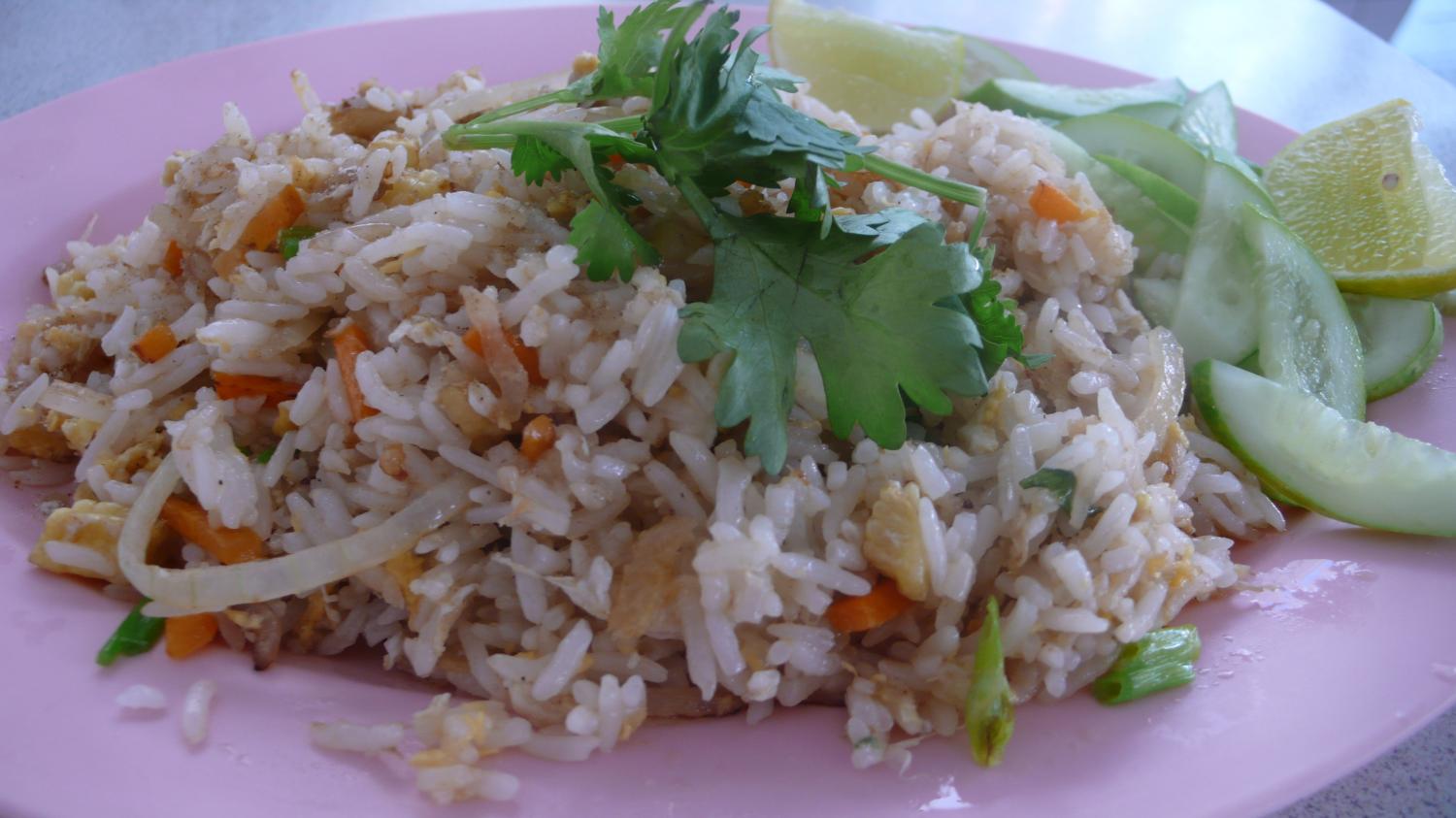 Adaptation and change in recipes is a natural process. It happens everywhere. Differentiation based on origin is becoming irrelevant in our increasingly interconnected world. With that in mind, any dish widely cooked and consumed by Thais in Thailand can be considered Thai.

The idea of protecting a so-called "original" recipe is nonsense, therefore, and those getting worked up about it need to have a look at themselves. Food, like everything else, evolves over time. Presently, Thai restaurants overseas are mostly owned by Thai immigrants. But in the future, many of these eateries will be run by subsequent generations who have been born in those countries.

And with this may come exciting new variations: Thai-Mexican, Thai-Spanish, Thai-Chinese, etc. Who knows? There is every chance that these new taste experiences become poly-cultural favourites. Bring it on.