A pedigree that persists

The year 2020 is merely tomorrow for Olivier Audemars, who looks further ahead to 2025, when the family business will reach its 150-year milestone.

The great-grandson of Edward Auguste Piguet, one of the founders of Audemars Piguet (AP), is unmistakably recognisable sporting a leather jacket with an AP racing-team patch.

He's now behind the steering wheel that takes the oldest haute horlogerie manufacture, still in the hands of its founding families, into the future.

"We are already working on projects that will come out in 2025," said the vice-chairman. "We have to be clear of the company's long-term objectives. On decision-making, I would think of what my grandfather would have decided 50 years ago, and also what my grandchildren may think of my decision in 50 years' time."

When he was a little boy, his grandfather Paul-Edward Piguet introduced him to watchmaking by bringing home tiny pieces of metal.

The grandson didn't understand why the devoted horologist spent so much time working on them, until one day, he was asked to touch the escapement of a fully assembled watch movement.

"It was like a beating heart and the seconds hand started to move. I was like, 'Wow, it's magic'. I went with him to the manufacture in Le Brassus and saw the watchmakers at work. These childhood memories spurred me to take part in shaping the future of the family business," said Audemars, an engineer by training, who joined the board of directors in 1997.

Since the very beginning, AP has been based in the Vallée de Joux in the Swiss Jura Mountains.

The rugged, isolated place with a long winter bred locals with horological skills that earned the valley's reputation as the cradle of complicated watches. 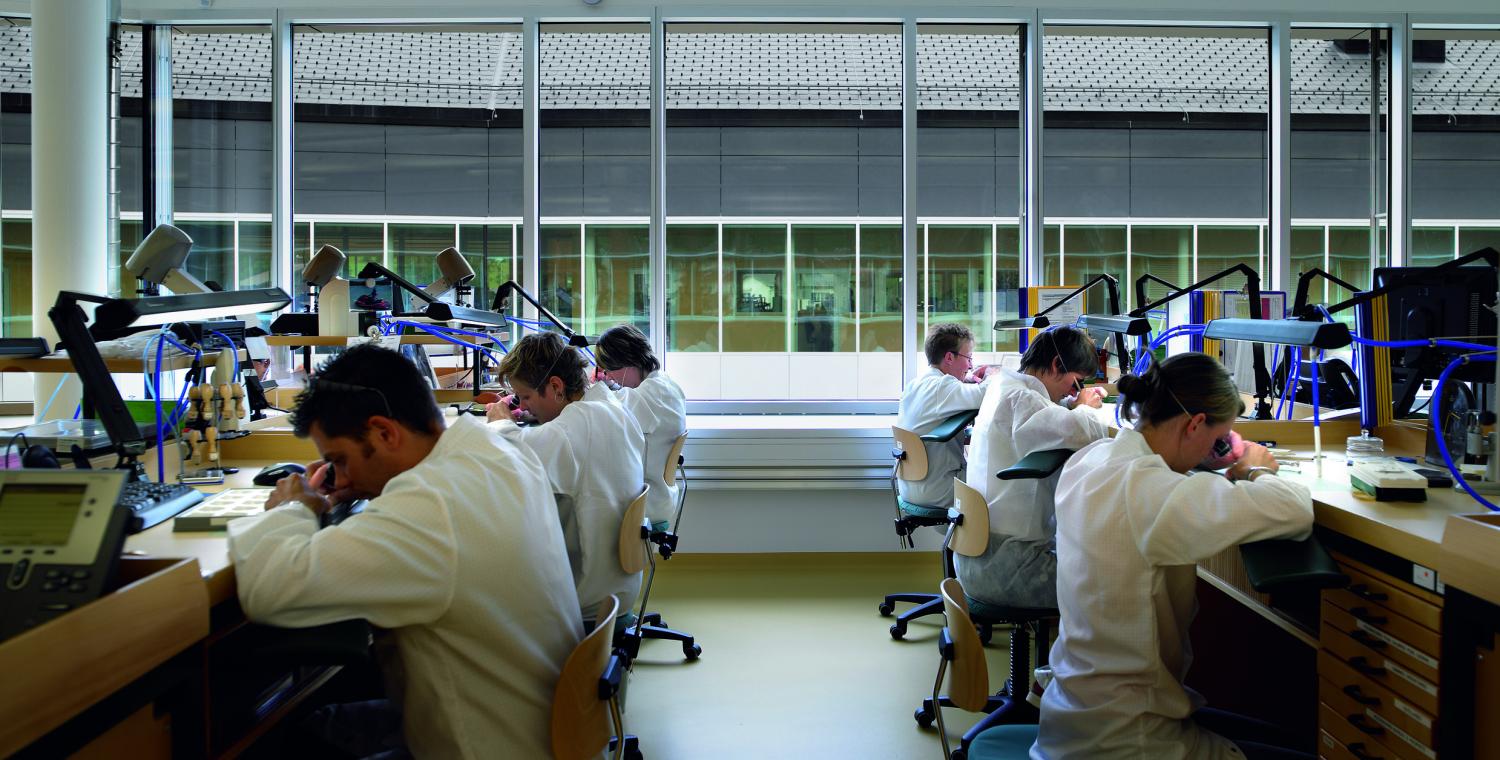 "They were people with an independent spirit, who made a living from watchmaking, using tiny pieces of metal and a tremendous amount of time," he said.

Today, one of the challenges is to attract creative people to join the company, and motivate them to commute to the Vallée de Joux.

"Remaining independent and family-owned allows us to provide exceptional working conditions in attracting talent. This also brings out the best of our people in crafting watches that make our customers happy," he said.

An increasing number of young customers is fostered by direct interaction, whereas in the past the retailing was carried out mostly by distributors in different markets around the world.

"Today, Audemars Piguet has subsidiaries and our own point of sales, where we meet our customers and learn a lot from them as well as understand how they see the world. This makes us change, and the company today is the result of the interaction with our customers," he said.

Introducing a new watch family, CODE 11.59, is one of the surprising changes made by the brand, renowned for the Royal Oak, the first luxury steel timepiece to revolutionise the watchmaking industry in 1972.

Back then, Gérald Genta imagined a watch with a contemporary design for a new generation of clients, who would wear it to meet the more active lifestyle that emerged in the 1970s.

The movement was protected by a tough armour that was stainless steel, which was harder to work with than gold. This required investment in new tools and techniques to make the Royal Oak, designed with an outsized octagonal bezel and exposed hexagonal screws while housing the world's thinnest selfwinding movement.

Likewise, the development process of CODE 11.59 involved many design iterations and demanded the creation of new tools, skills and techniques to achieve the technical and aesthetic complexity of the new round watch with an embedded octagonal middlecase.

"Audemars Piguet has long been making round watches but CODE 11.59 boasts a contemporary design that will also appeal to a young generation of customers," he said.

Symbolising a new chapter in the company's history, 11.59 refers to the minute before the start of a new day.

The acronym stands for Challenge, Own, Dare and Evolve, which aligns with the brand motto, "To break the rules, you must first master them".

"Most people remember the first part of this motto, which absolutely expresses who we are," he said. "The second part is as important, and we are responsible for the transmission of knowledge and savoir faire to young generations of watchmakers, here in Le Brassus, where it all started in 1875." 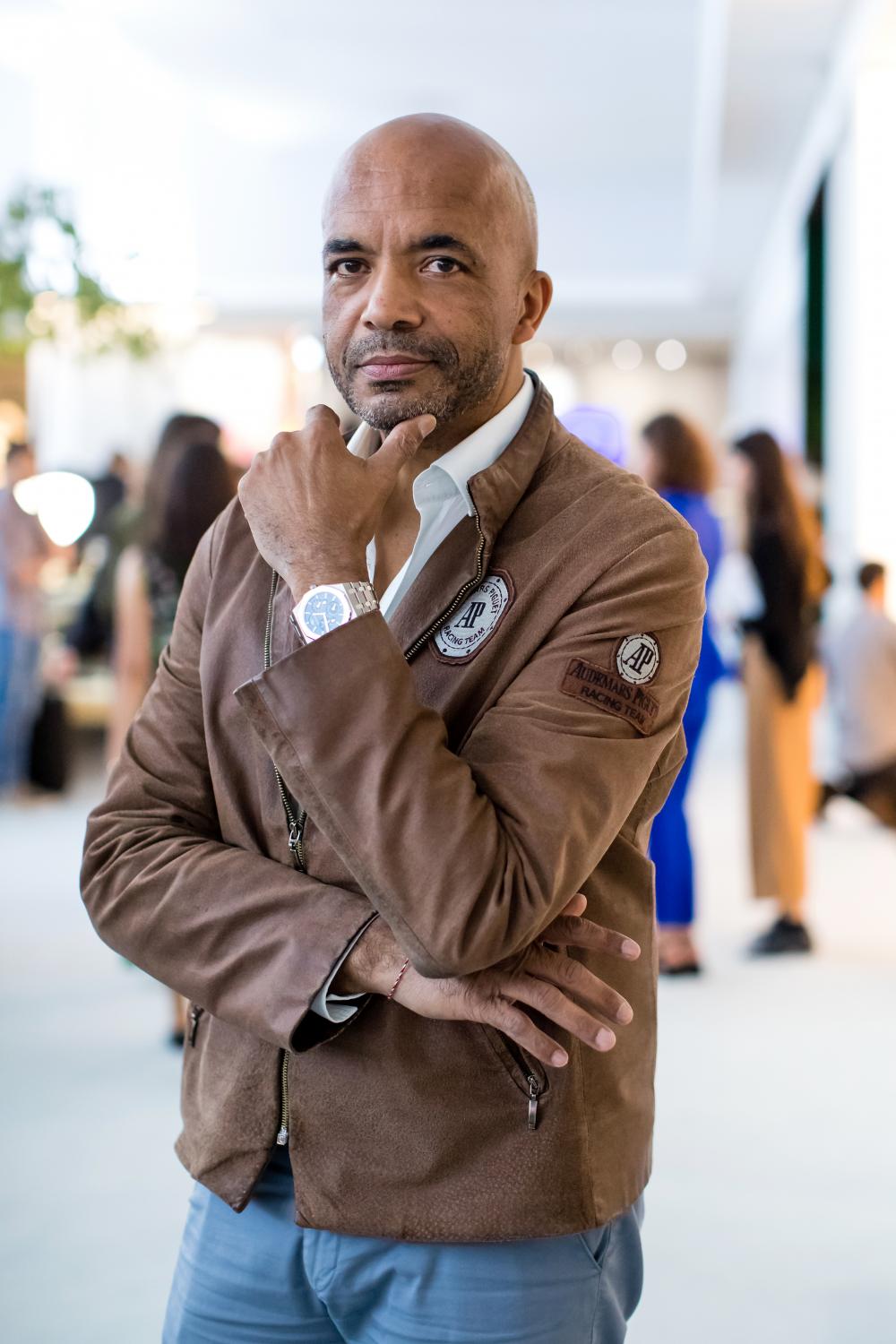