Falling in love with the Andaman Sea, British diver/videographer Saffron Kiddy left her job as a TV producer and moved to Koh Lanta in 2004. It was great to live with nature and enjoy a slow life. But one day, she woke up to find her second home was going to sink into the sea of trash.

"I think everywhere in the world encounters a waste problem. Here, we find many flip flops, chairs, tin cans, lighters, plastic straws, plastic bottles or even a bathtub on a beach. Sometimes, we find the corals wrapped with huge fishing nets that make them suffocate," said Kiddy, who has operated Scubafish, the Professional Association of Diving Instructors (PADI) five-star dive centre.

"Six months of the year, the wind blows in one direction and other six months blows in the other director that brings all the trash from different places to this area."

Thailand is the world's sixth-biggest generator of sea debris, mostly single-use plastic bags and Styrofoam food containers. Of these, 90% come from tourists on the beach and waterside communities, according to research conducted by the Thailand Development Research Institute.

Part of Lanta islands was closed for almost six months during rainy season. But reopened last week for tourists during high season. For Koh Lanta itself, the distance becomes an obstacle to transport a mountain of debris to the mainland of Krabi province. Meanwhile the official authority can't provide a waste management system for the remote area. If no further action is taken to manage the waste on the island, this year this tourist destination is going to end up like a large sea of trash, like many years ago when pictures went viral that showed a beach on Koh Lanta submerged by trash. Those pictures did urge local communities to look back and take care of their homeland.

And at this point, there's nothing better than the local communities learn to solve the problem by themselves.

Pimalai Resort and Spa teamed with B.Grimm Group to introduce the Rak Lanta (Love Lanta) project, with an aim to educate villagers and students about the marine ecosystem and how to sort all the trash for the recycling process.

"I set up the Rak Lanta project after I observed that local villagers caught clownfish and sold them at one baht, dating back 15 years ago," said Anurat Tiyaphorn, executive director of Pimalai Resort and Spa.

"The first task was to release 1,000 clownfish to the sea but I found that they were eaten by other big fish species in a few minutes. I did not give up and learned about clownfish breeding from veteran marine ecologist Thon Thamrongnawasawat." 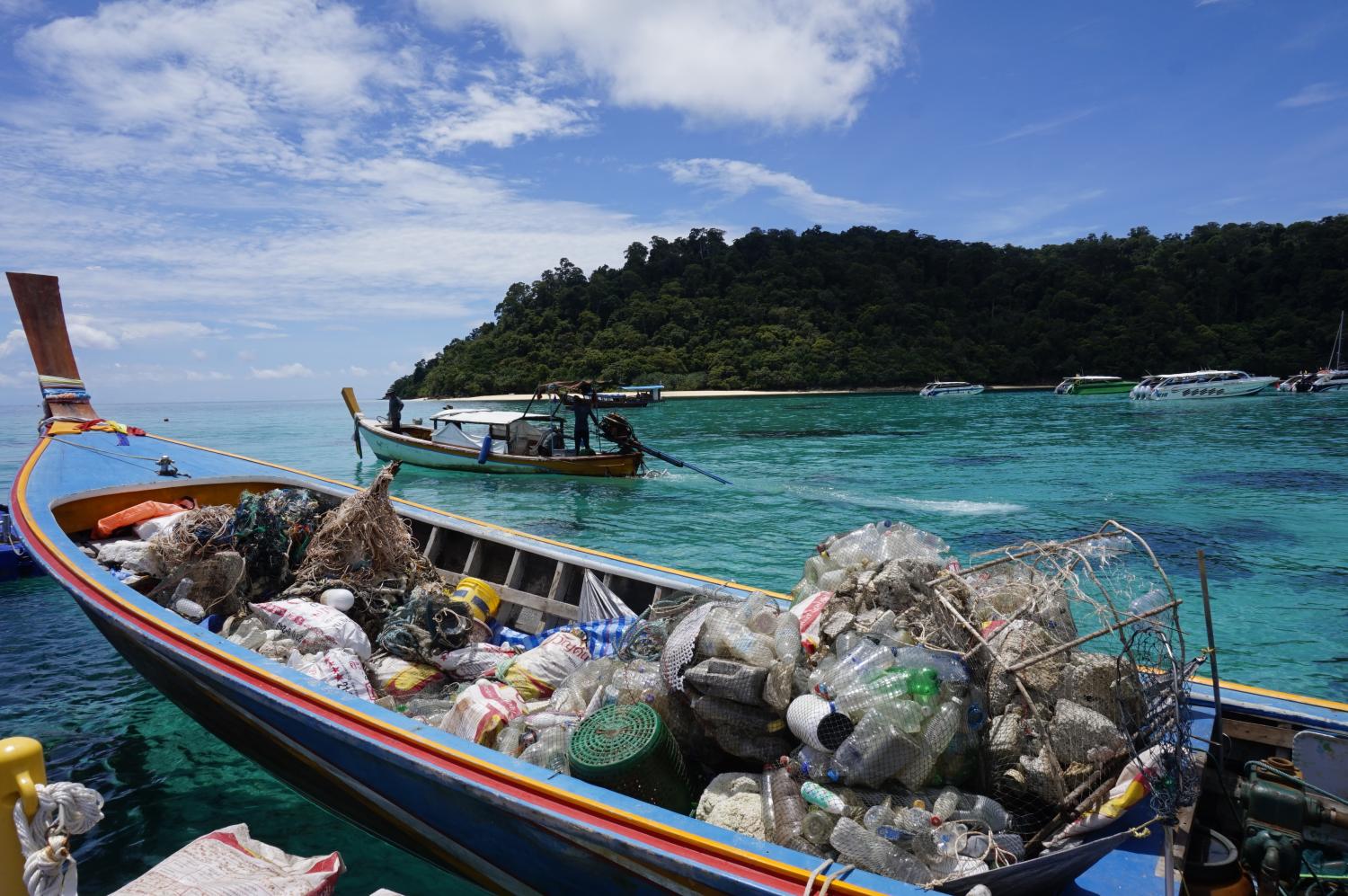 The distance is a main problem in transporting waste to the mainland. Elaine Ross

Focusing on sustainable living, the property turns all discarded food into compost for its organic vegetable farm, serves drinking water in glass and aluminium bottles and uses a zero water discharge technology.

"It all has to start from ourselves before expanding to other entrepreneurs, communities and schools. It took us a long time to change the lifestyle and raise awareness on environmental conservation in the local communities," Anurat said.

"Recent years, the local residents realised the impact of the ecological crisis and pay more attention to sustainable tourism. They don't catch clownfish and ruin corals anymore. The number of rubbish has decreased, especially plastic and fishing tools. I love the sea and Koh Lanta is the best spot for diving in Thailand, home to the diverse biological systems. I don't want to see our home become a slum resort."

To foster the understanding of environmental issues, some 15 schools on Koh Lanta set up a waste bank, where students can deposit paper and plastic bottles and sell them to the mobile agents. Students also transform used milk cartons into trendy bags and other handcrafted merchandises.

"The island has a population of more than 100,000, including local folks and workers from the Philippines and Myanmar. We learn to classify waste like plastic bottles for recycling as well as leaves and branches for producing fertiliser, with some buried or sold to mobile agents," village head Asun Keuchart said.

Part of the private sector, some 30 hotels and resorts has unified under the name of Klean to arrange a weekly programme of beach cleaning activities in different areas.

"The idea came from the fact that the beaches have been blanketed with sea waste during the low season. On the 3.5km long Klong Dao beach, we could first collect 11 tonnes of waste -- 50% to 60% were mangrove pods, coconut, timber and plastic cartons, with plastic bottles and bags floating from the mainland, Malaysia, Indonesia, India and Saudi Arabia. We can identify where they are from by reading the labels," said Nat Chaowkitkha, vice-president of the Krabi Tourist Association.

Local villagers are joining the Cleaning Day to prepare the national marine park for the high season. Photo courtesy of B.Grimm Group

"We start by educating our staff first and they will reach out to their families. Actually, official authorities can apply the excise tax on plastic like sugary beverages and cigarettes to reduce the number of plastic waste. Now, the Krabi governor is encouraging people to use reusable food tableware instead of foam containers."

To refresh itself for the high season, the Mu Koh Lanta National Park continues its collaboration with communities in the second edition of the recent Cleaning Day activities.

"We set up the first Cleaning Day last year and collected more than five tonnes of waste from the sea and beaches. This year, we come back as a part of the Krabi Goes Green campaign to encourage people to say no to single-use plastic. Plastic waste has killed a lot of marine creatures and damaged their life cycles. There are 15 main rivers in the world. They are the largest source of waste because people toss away everything into the river," said Kankasame Meesuk, head of the Mu Koh Lanta National Park.

"Plastic straws has become waste we found most in Thailand, while micro-plastic comes from the communities. There are also plenty of cotton buds, plastic spoons and toothbrushes with replaceable head toothbrushes. Some days, we could collect 2kg of lighters during the monsoon season."

To get rid of fishing nets in the sea, Anurat and Kiddy also joined a group of Thai and foreign scuba divers from Koh Lanta Yai, Lanta Noi, Ao Nang, Krabi and Phuket. "On board, our scubafish boat carries 50 people, probably about 35 will be diving and we a few people snorkelling to collect trash. Sometimes, we take cans and plastic bottles but the thing we try to clean up is the fishing nets. Sometimes, the net is huge and we have some nets probably weigh 500kg, which get folded on the reef. We need to take them off the reef and bring them up," Kiddy said.

"It's nice about all diving centres working together. It's about six years that the National Marine Parks got involved in this event."

The trash is divided into seven types -- general waste, shoes, toxic stuff (dry-cell battery and lighters), foam, plastic bottles, fishing nets and glass bottles. The islanders can prove their achievement in reducing the number of sea waste from five tonnes to 3.9 tonnes.

In an effort to rehabilitate the ecosystem and save energy, Koh Rok Ranger Station this year didn't provide overnight accommodations, while the e-ticketing application, which links with 132 natural marine parks, is being developed to limit the number of tourists each day.

"For 15 years living on Koh Lanta, I think the coral bleach and number of people coming for diving and snorkelling has increased. At least, it's good that the national parks have closed for five months and allow the environment rejuvenate," Kiddy said.

"I started diving around the Phi Phi islands, where everyday I was greeted by several species of sharks like leopard, reef, and bamboo. Right now, Maya Bay is closed, so there are no people, boats, diving and snorkelling and the sharks seem to notice this. It becomes a safe nursery area and for at least seven or eight months we've seen an increase of sharks.

"We also try to educate people about chemical sunscreen. It's very bad for corals and nearly everybody put sunscreen all day. We try to tell people not to touch the reefs, fish or anything underwater." 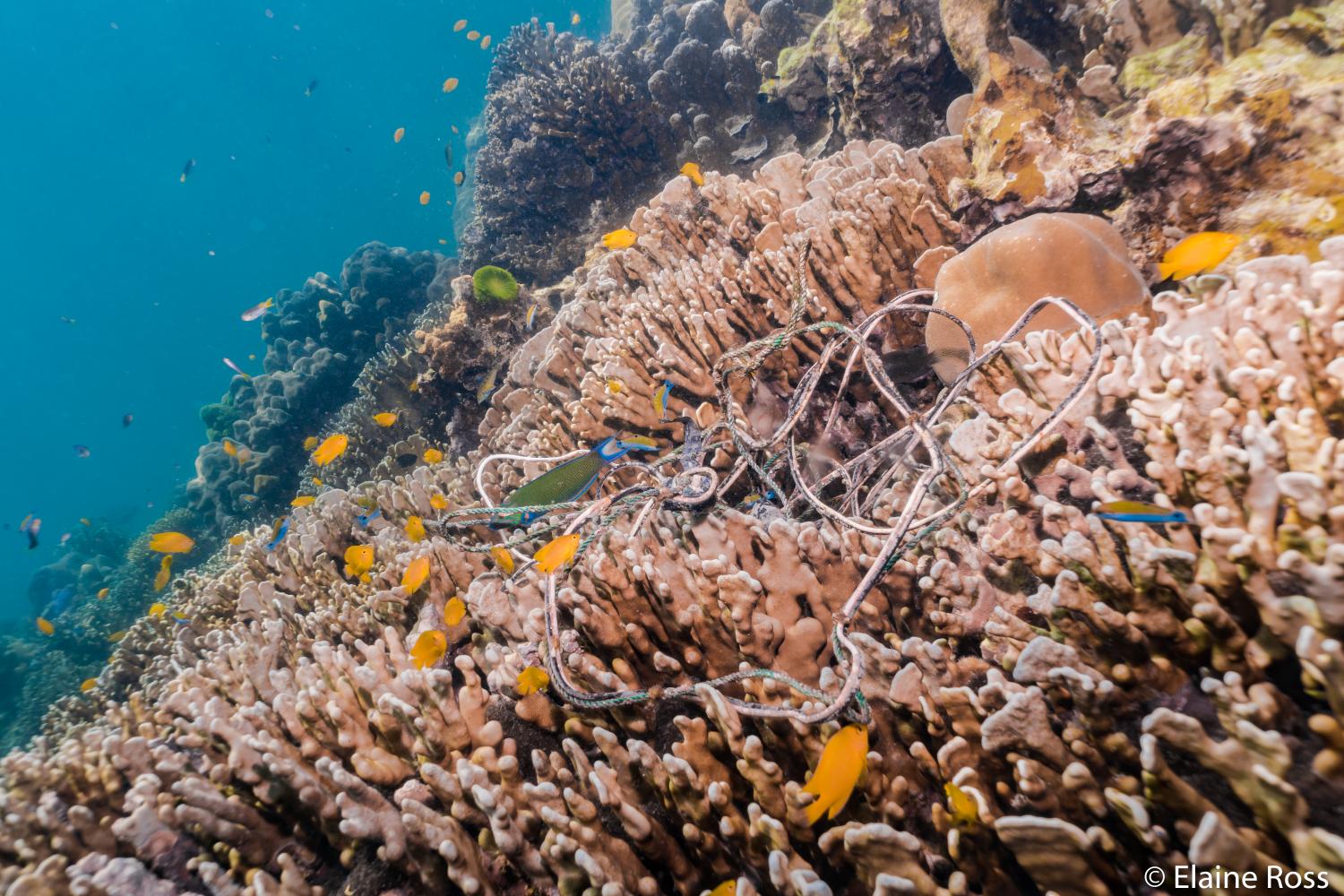