Food trends come and go, and in recent years the process has accelerated. At a click or tap a whole world of cuisines, restaurants and recipes can be explored before someone even orders or cooks a meal. Yet throughout the food revolution of past decades one constant has remained: the enduring appeal of Thai food. Thailand's national cuisine remains a global favourite and indeed continues to be a major reason why travellers wish to visit the country: they'd enjoyed Thai food at home and were inspired to experience, on location, one of the world's most sophisticated food cultures.

Everything that makes Thai cuisine so distinctive unfolds during each meal at Bussaracum Royal Thai Cuisine, whose own location – a century-old home compound amid delightful gardens and greenery – further inspires diners. And 'unfolds' is the word, for Bussaracum tells the story of Thai cuisine from ancient times straight through to the present. 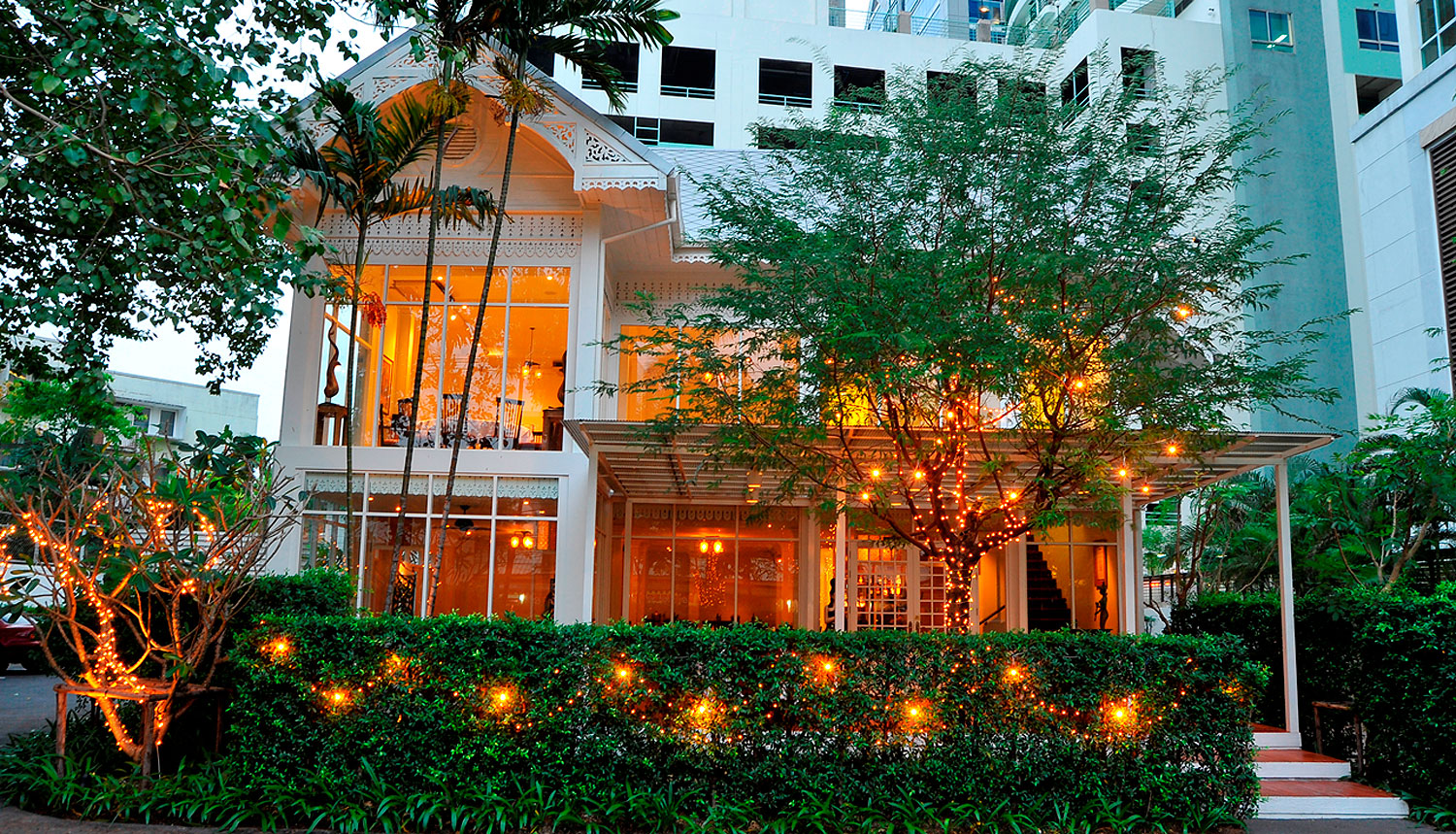 Like many sagas, the story of Thai cuisine has its interesting plot developments as well as a bit of narrative tension now and then. This has sometimes made for more than curries simmering in the collective Thai kitchen. For example, food writers and bloggers at times come to slow boil over precisely what constitutes genuine Thai food, how to cook it, where to find it, and so forth. Such squabbles owe largely to the aforementioned increased food awareness, by no means a bad thing. Yet throughout the tiffs, in fact since its opening in 1982, Bussaracum Royal Thai Cuisine restaurant has duly noted the culinary discussion and then gone about doing what it has always done best: carefully prepare and meticulously present fine Thai food and drink.

That's not to say Bussaracum hasn't kept up with the times. No restaurant could have stayed in operation for 37 years and maintained such high regard without doing so. Nor could it have had the honour of welcoming so many prominent international guests when they visited Thailand including Canadian Prime Minister Pierre Trudeau, the King of Sweden and United Kingdom Prime Minister Tony Blair. Rather, over the years the restaurant has skilfully blended traditional and contemporary by acknowledging the inexorable changes cookery undergoes, for example in food production methods, ingredient availability, kitchen technologies, time constraints and the inevitable matter of changing tastes. All the while, Bussaracum's management and chefs have striven for new ways to bring about the interplay of flavours both subtle and strong that makes Thai one of the world's top cuisines. It's a never-ending story, Thai cuisine, and for that diners at Bussaracum are greatly appreciative.

Distinguishing Bussaracum more than any other factor, however, is its reputation as Bangkok's pre-eminent venue for royal Thai cuisine. Across centuries, royal household dishes have been known for their distinctive ingredients, decorations and flavours. Although not commonly seen on menus, these boran, or ancient, dishes embody the essence of Thai cuisine and, many would say, evoke the national character. In fact, during the 34th ASEAN Summit this year, the Thai prime minister hosted a gala dinner for ASEAN leader and on the menu were several royal Thai cuisine dishes, including cho muang, kratong thong, toong ngern yuang, rhoom. These specialities are not commonly seen on menus anywhere in Thailand. However, all of them and more are part of Bussaracum's regular à la carte menu available to all diners seven days a week. 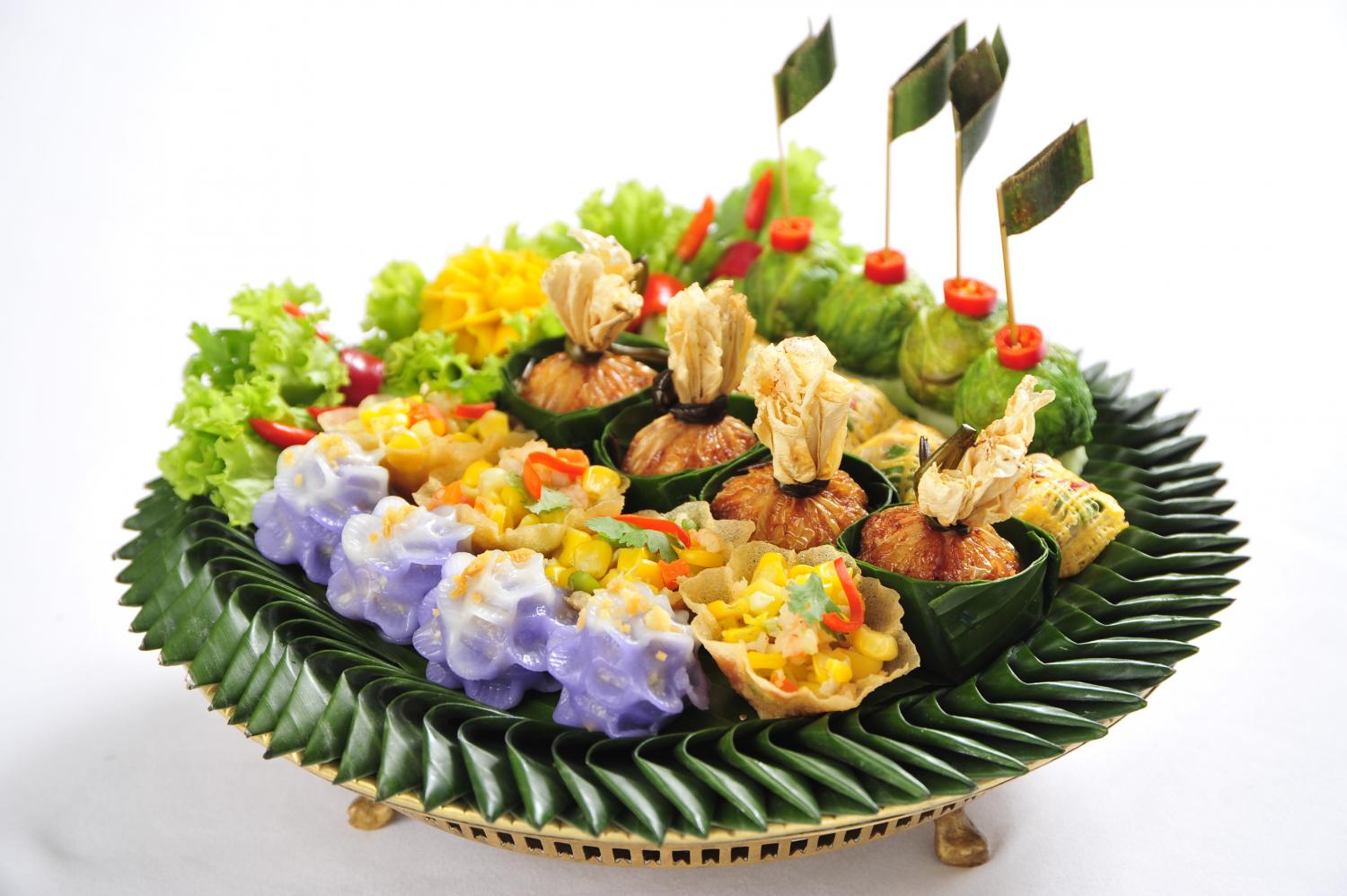 Learn from the masters

Likewise contributing to Bussaracum's esteem among international diners and food enthusiasts is its program of highly regarded Thai cooking instruction. All classes are conducted on site at a separate facility within the restaurant compound. Students can enrol in short, intensive courses ideal for those holidaying in Thailand as well as longer, in-depth instruction best for long-stay visitors and residents. Expert cooking in addition to carving instruction are provided by the restaurant's own masterful Thai chefs.

Bussaracum Royal Thai Cuisine is in downtown Bangkok at 1 Si Wiang Road (off Soi Pramuan between Silom and Sathorn roads). Ample on-site parking is available in addition to space for coaches and tour buses.