A large portion of the blame
Life
Social & Lifestyle

A large portion of the blame

The amount of food Thailand throws away is staggering. Now it's time for change, say experts

Thailand is notorious when it comes to food waste. According to 2017 data from the Pollution Control Department, the organic waste collected by municipalities across Thailand accounted for nearly two-thirds of the country's total waste output.

Yet despite such staggering statistics, little has been done to address the issue. On the contrary, we continue to indulge in high profile public activities that only add to the crisis. Last year, in an attempt at setting a new Guinness World Record, Thailand produced the largest serving of mango and sticky rice, weighing 4,500kg. This was part of the "Care About You" project organised by the religion, education and tourism panel of the National Legislative Assembly aimed at attracting more Chinese tourists.

Imagine how much waste is created by 4,500kg of mango and sticky rice? Massive. And this is just one example of the senseless food waste seen around the country almost daily. Meanwhile, millions of people continue to go hungry.

Foodtank.com, a global community pushing for food system reform, reports that each year, 36 million people worldwide die from starvation, and every 10 seconds, a child dies due to a lack of food. A Thailand Equitable Education Fund committee revealed that in 2018, 400,000-600,000 Thai children were undernourished due to poverty. Yet, 10% of Thai children are obese.

According to 2017 figures from the Pollution Control Department, 17.6 million tonnes -- 64% -- of the rubbish collected by the country's municipalities was organic waste. Not all of it was leftovers. Much of it was surplus food which was thrown out because it couldn't be sold or because it was thought to have expired.

It is clear that waste management in the Kingdom is far from efficient. Last month, the Thailand Development Research Institute (TDRI) and the Thai Health Promotion Foundation held a forum "Food Waste And Guidelines To Manage Surplus Food" to discuss the situation and develop solutions. 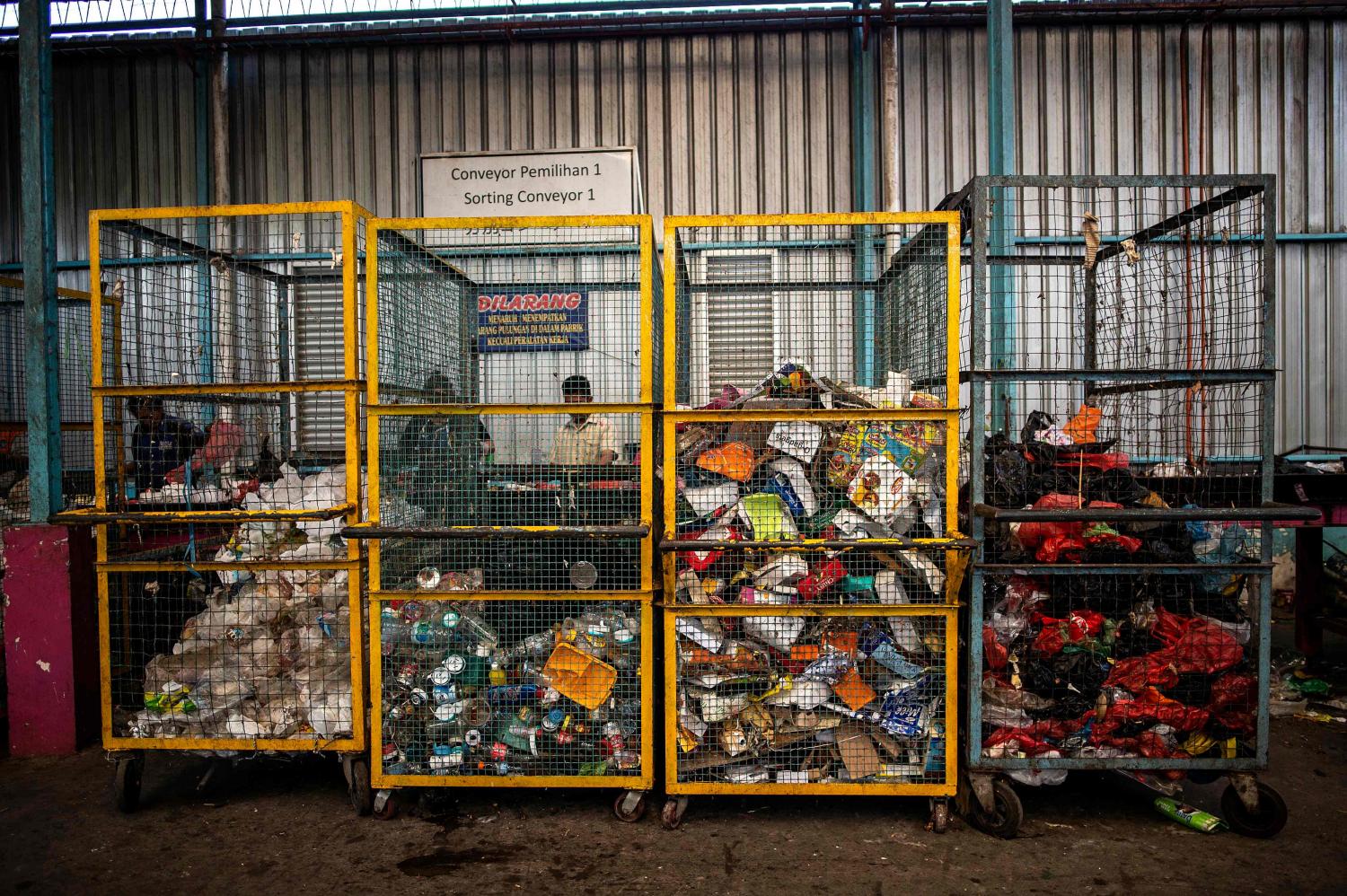 TDRI acting research project chief Thanthip Srisuwannaket said that many people are casual about food waste, thinking it relatively harmless. This is far from the case. Large amounts of rotting food can cause a severe build-up of greenhouse gases, which contribute to the climate crisis. So what can be done to tackle the problem? Thanthip, who has been looking abroad for inspiration, has some ideas.

"The first thing is prevention. This means that everyone tries to avoid adding to the food surplus. For instance, hotels should try to calculate how much to prepare for breakfast buffets based on the number of guests they have. Staff should then put out more food only if necessary," she explained. "Next, we should redistribute food to people in need. In Thailand, we have a food rescue, Scholars of Sustenance (SOS), which delivers surplus food from hotels, restaurants and retailers to schools, communities and foster homes. Thirdly, use leftover food as animal feed. Fourth, recycle food waste as compost or burn it to generate electricity."

Developed countries such as France and the US lead the way in terms of food waste management. In 2016, France implemented a law requiring retail stores covering 400m² or more to donate surplus food to people in need. Those in violation of the law are subject to a fine of €3,750 (around 127,000 baht).

"The law has been very effective. [France] has significantly reduced its food surpluses. Additionally, the stores that donate food are entitled to a tax break of 60% on the donation, but not more than 0.5% of their income per year," Thanthip explained.

The US has had success with similar policies.

"In Arizona, donors receive tax privileges if they donate surplus food. California gives donor agriculturalists a 10% tax credit. Applications have been created to match donors to recipients, so they can find each other in real time," said Thanthip. 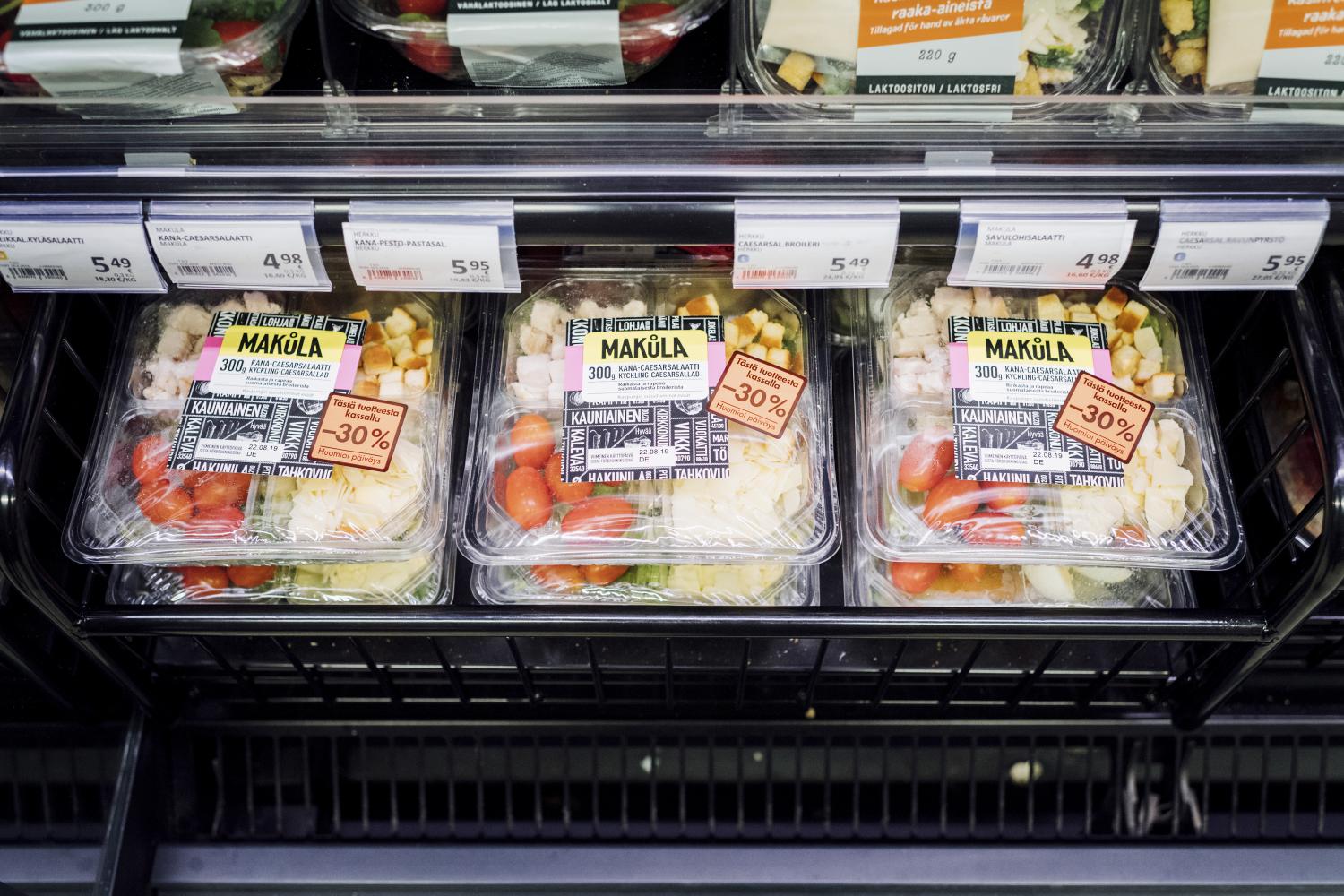 Don't buy food you don't need just because it's on discount. photo © 2020 the New York Times

Given the success of such policies, Thanthip is naturally recommending Thailand adopt something similar. She is urging that legislation be introduced to protect donors from being sued if anyone suffers adverse effects from consuming donated food. Distribution must meet international standards, however.

"In Thailand, we lack 'food rescue trucks'," she said. "But SOS does have them. Its trucks can keep food at the right temperature during delivery. And if the government offers more incentives, such as tax breaks or tax privileges, retailers and restaurants will want to donate more.

"To make waste management more efficient, organic waste needs to be separated. We also need more data about food waste. Currently, we don't have data about the amount of food waste produced by the private sector and households. We need to gather all the data to come up with and manage an effective plan."

Chatwut Wangwon, director of Health Risk Control at the Thai Health Promotion Foundation, wants to see a change in individual attitudes as well.

"Make a list before going out to buy food. Only get what's necessary," he said. "Don't go food shopping when you are hungry. Don't buy things just because they're on discount. Beware of promotions like buy one get one free, especially if it's fruit or vegetables, because you have to be able to preserve them.

"There are a few non-profit organisations which accept food donations, such as SOS and Food for Friend by Mirror Foundation. If you have excess food, you should share it. You can help people in desperate need." 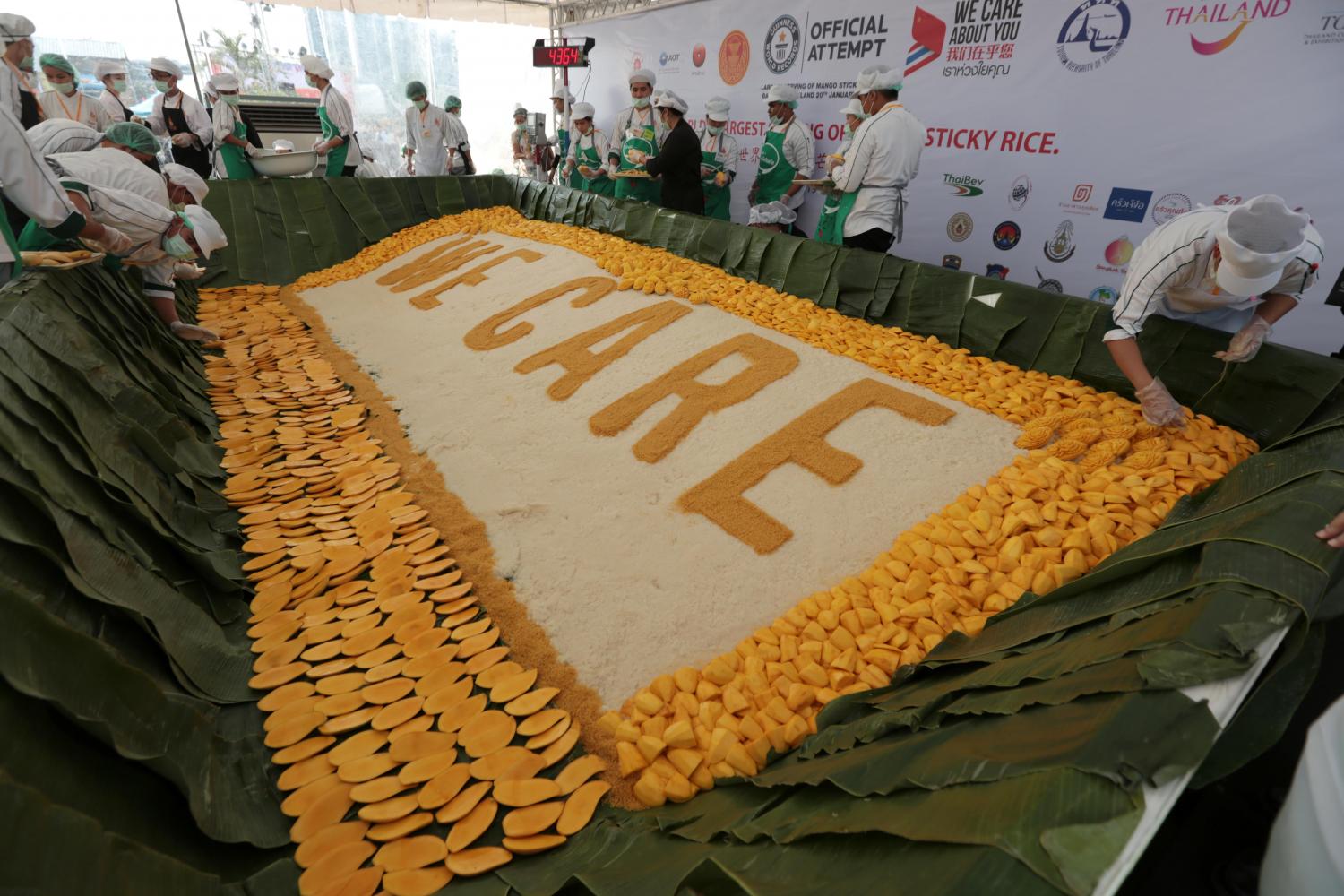 Last year, an attempt to create a world record for a serving of mango and sticky rice resulted in massive food wastage. (Photo: Chanat Katanyu)

Chatwut believes that there is no good reason why Thailand cannot implement a well-managed system of waste sorting and disposal. One challenge, however, is to change prevailing attitudes. The social media analysing service Wisesight reports that 64% of Thais don't sort their waste. Many believe that rubbish collectors just put everything together again. As many as 30% are just too lazy to do it. Among those who do separate their waste, only 24% say that it is out of concern for the environment.

"We all need to separate our waste at least partly out of a sense of personal accountability. We mostly dispose of rubbish by incinerating it or dumping it into the soil. This adds to the number of pollutants and toxins in our environment. So if we can start doing a positive thing, we should do it," Chatwut concluded.