Under the Khmer Rouge regime in the late 1970s, Cambodian arts were almost crushed out of existence. The Royal Ballet was famously revived in the 1980s, but Cambodia also had popular traditions of music, dance, drama and puppetry. In 1998, a group started to revive these. They located surviving artists to teach a new generation of children in villages, schools and temples.

In 2011, the group began planning to make the project financially sustainable. They created an outdoor theatre at the National Museum, assembled a regular troupe, and ran courses on technical and artistic skills. The group now stages performances of dance, music, folk opera and puppetry throughout the year. The artists earn enough to survive. The earlier trainees are now becoming teachers. 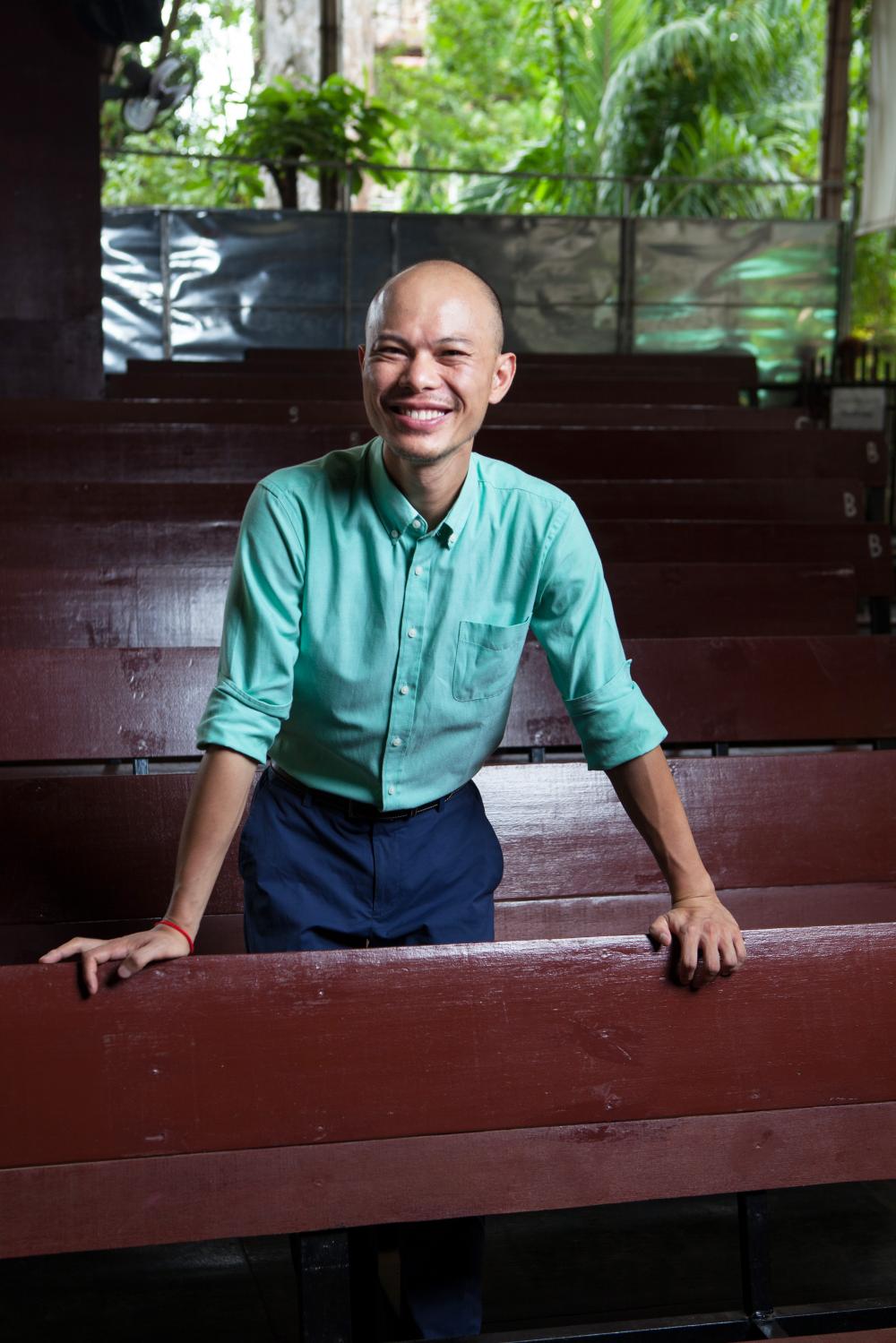 In January last year, Jean Baptiste Phou shared the story of Cambodian Living Arts at a conference on "Protecting Asia's Heritage" at the Siam Society in Bangkok. He was born to Cambodian parents in Paris, began a career in finance, but then launched himself as a comedian, actor, director and singer. Now working at Cambodian Living Arts, he says: "We have learned that you have to balance entrepreneurship along with the social and cultural needs of local communities."

Asia's splendid heritage is at risk. The region's economies have grown rapidly. Cities and landscapes are being transformed. Governments are too focused on the future to devote enough attention and budgets to conserving the past. Tourism is a double-edged sword. Unesco has identified major sites and cultural properties for preservation, but there are many fewer glamorous aspects of heritage which matter to local communities.

Some people have become deeply, passionately and actively involved in protecting this heritage. In early 2019, a group of them, all Asians, met for the first time at this conference in Bangkok. They came from 11 of the region's countries, and included activists, organisers, critics, teachers, artists and entrepreneurs. With the recent official launch of the alliance, their interests ranged across the temples of old Siam, religious murals in Korea, urban neighbourhoods in Beijing, traditional textile art of multiethnic Laos, the ruins of old Java, performance art in Cambodia, the old quarters of Bangkok and George Town, creative arts of the Philippines, Calcutta's legacy of colonial architecture, China's historic salt industry, and the Burmese cat. 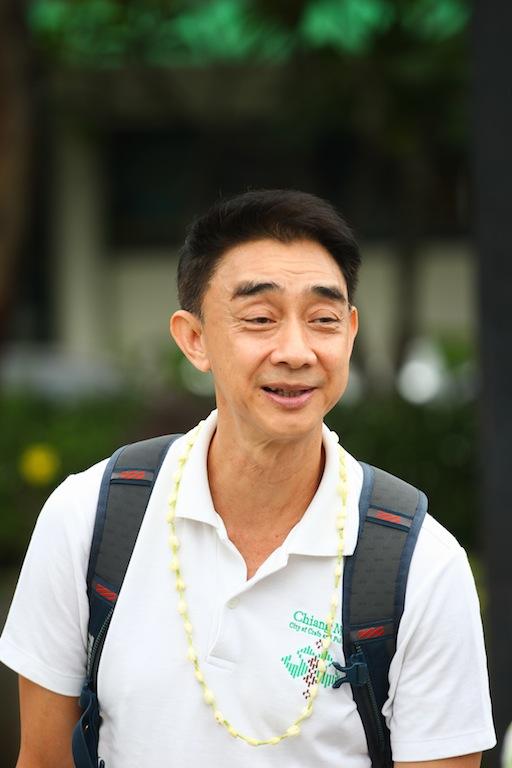 The conference -- captured in a book titled Protecting Asia's Heritage Yesterday And Tomorrow, released last month -- was an opportunity to share experience, frustrations and plans. One focus was on the importance of a law for safeguarding heritage. Yongtanit Pimonsathean teaches at the Faculty of Architecture in Thammasat University, and has been involved in projects to protect local heritage for 25 years. Thailand's laws are "centralised and top-down", he says. They protect only major, physical monuments, and give little space for local people to participate. Elsewhere in the world, Yongtanit summarised, there has been a trend toward expanding the scope of legislation to more cultural properties, to draw up better criteria for identifying heritage, to include intangible heritage, to devolve power to localities, to integrate heritage into city planning, and to provide incentives for private investment in heritage.

Yongtanit has been involved in community projects to preserve local heritage, particularly historic shophouses in old Bangkok and Phuket. For him, decentralisation is key. In other countries, "after devolution of power in both heritage-planning law and city-planning law, local citizens have become real supporters of heritage conservation". 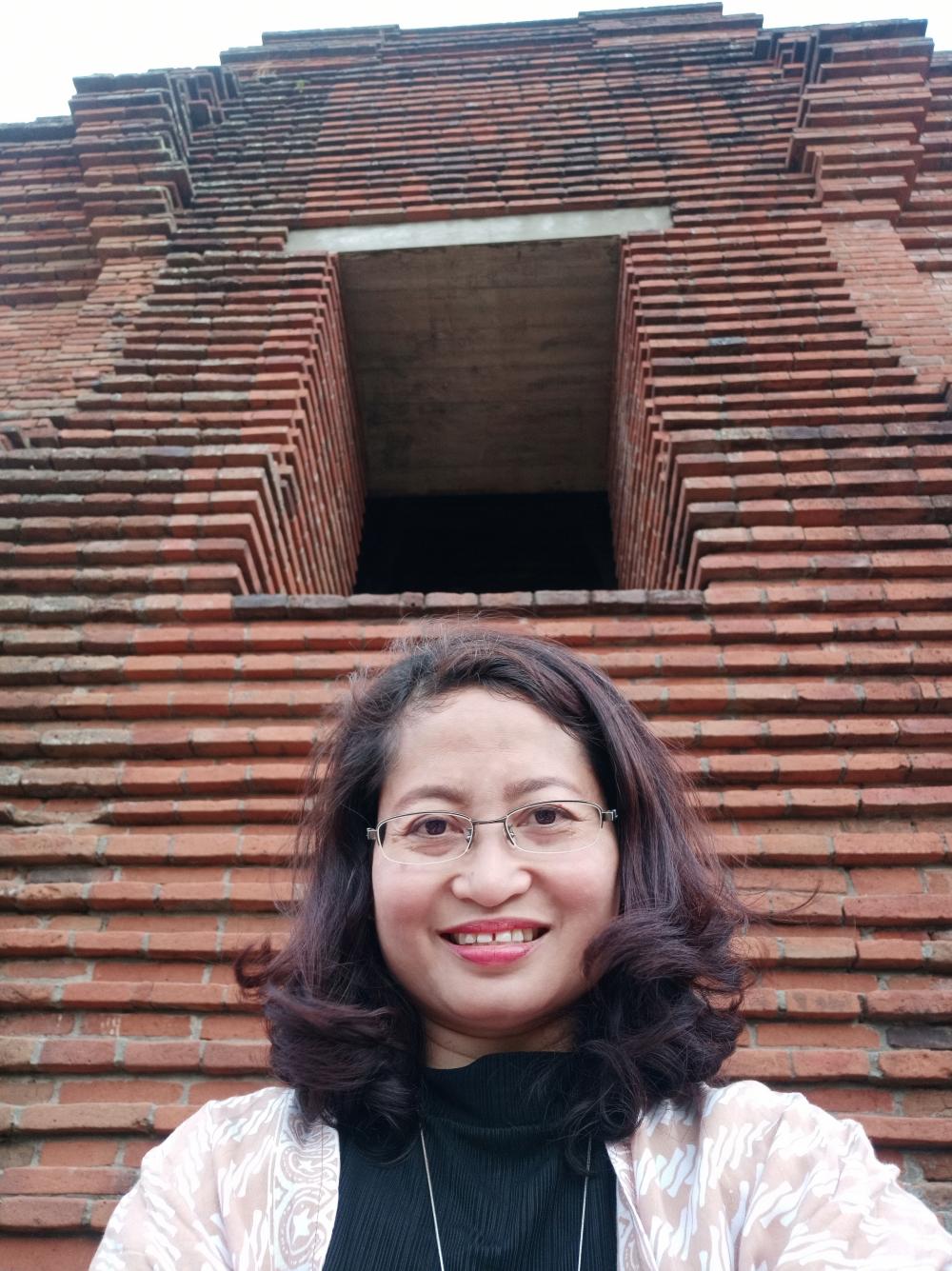 Catrini Pratihari Kubontubuh agrees: "People find cultural significance in the place where they live." She chairs the Indonesian Heritage Trust, a network of community organisations formed in 2004. She has been working with local groups on the preservation of the remains of Majapahit, one of the great Asian empires of the 14th and 15th centuries. This is not easy. The city was sacked and the area then buried under sugar plantations. Remains of buildings and artefacts are still being found. The government declared the site a National Heritage Zone in 2013, but then began building a museum right on top of an archaeological site. Local protests had it stopped.

Local people have helped to locate the remains of the old city now buried under the earth. They have also tried to conserve the "spirit" of this heritage by reviving rituals. Although most are recent migrants to the area, they believe they are the "descendants" of the original population in spirit. Catrini concludes: "People are the last defence of their heritage." 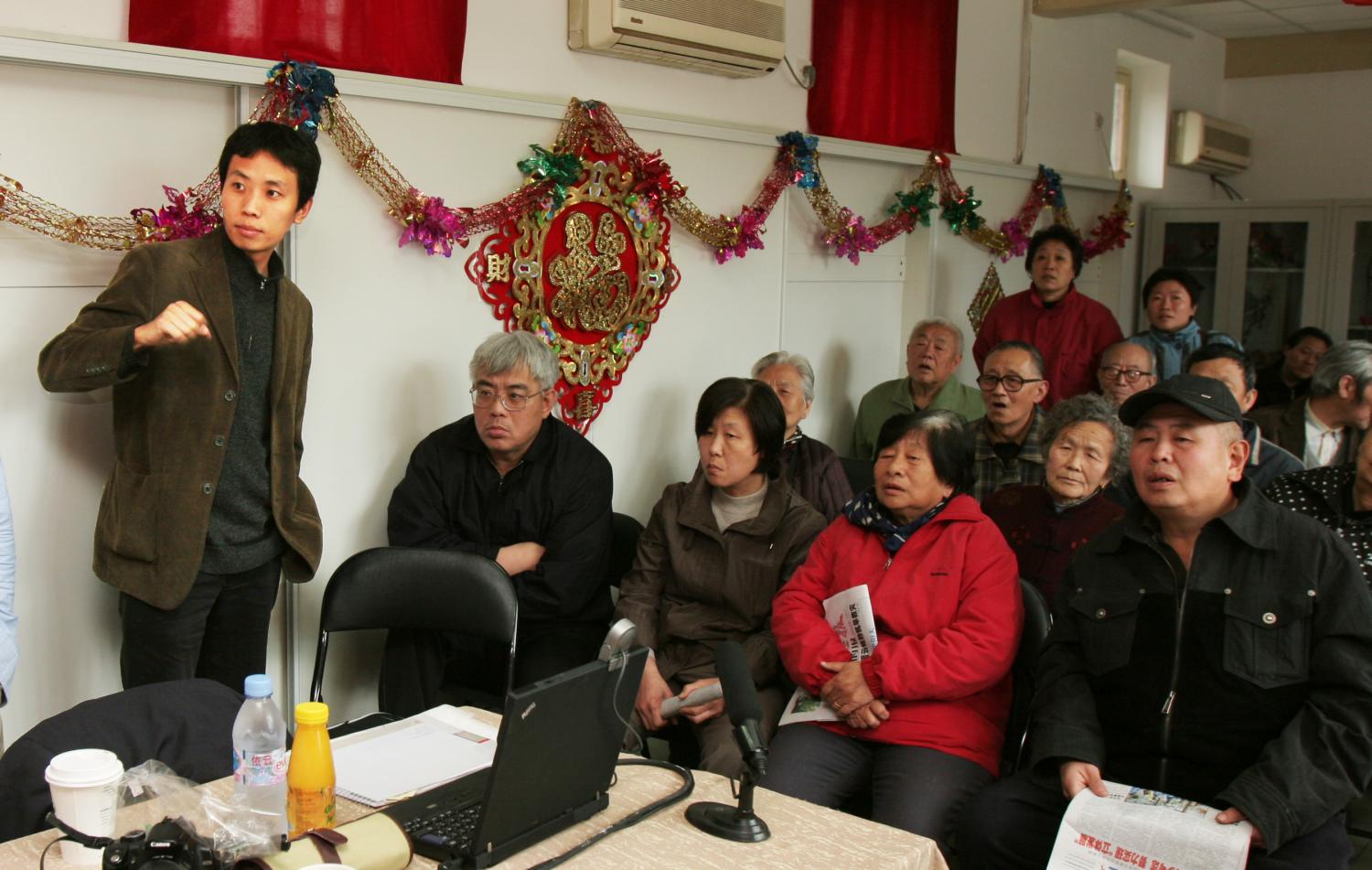 Matthew Hu, left, at a community planning workshop in Beijing.

Matthew Hu agrees that community participation is vital, but government cannot be ignored. Blending the two is the key. In Beijing, much of the old city has fallen to the bulldozer, but there are still old hutong communities around the Forbidden City. In 2011, Matthew was part of a group that identified No.24 Shijia Hutong for a preservation project. They invited local people to the planning meetings, but also the local party secretary, police chief, school head, traffic officer and key local government officials. After an icy beginning, "the party secretary sat down and started to take interest. The deputy principal also nodded his head all the time. They each began to ask very good questions, then got into a heated debate".

Since opening in 2012, No.24 has served as a museum, a place for community activities like playgroups and cooking classes, and a site for citywide activities like Beijing Design Week. No.24 gets plaudits on Trip Advisor, and Beijing's officials are proud of it. The mayor has paid visits. The local government has set up a new organisation to replicate the success at other heritage sites.

Matthew Hu concludes that both public participation and sensitive engagement with official bodies was key to the success. "We all need a place to remember our past, and realise our own cultural identity." 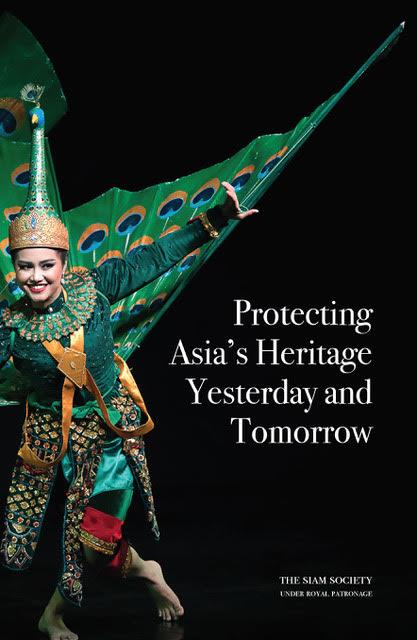 The participants in the conference came from different countries and backgrounds, but they agreed on many themes. The Western experience with managing heritage has been very valuable, but needs now to be strengthened with input from Asia. The legal framework is vital for protecting heritage, but lags behind the pace of change and urgently needs attention. Intangible heritage must be accorded more attention. Heritage management may fail when it is driven down from the top. Citizens and local communities are often the best guardians of heritage. Organisations and campaigns that draw on both public and private resources score success. The heritage and environmental movements can gain from cooperation. Protecting heritage can be good for business, but it requires discipline and vision. 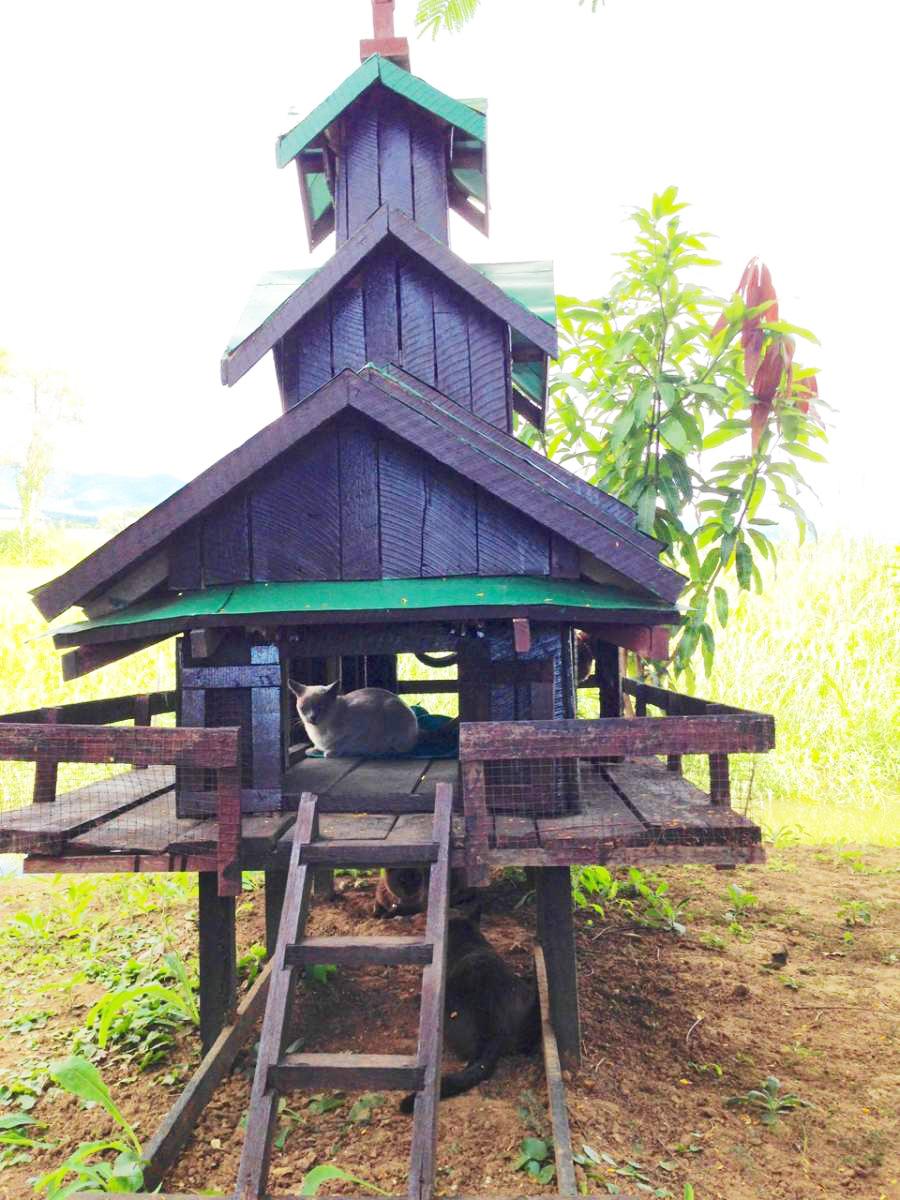 In Myanmar, Inle Heritage has built a tourism business around nature, architecture, customs, food and the Burmese cat.

On the evening after the conference, the participants crammed into one hotel room and discussed how to convert the excitement of this pioneer event into a sustained program. They resolved to form an Asean Heritage Alliance of civil society organisations with a digital platform for exchanging ideas and proposing constructive ideas to cultural ministers and parliamentarians. Last month, the seven founding members held an inaugural meeting in digital space. They come from Thailand (the Siam Society), Vietnam, Indonesia, Malaysia, Myanmar, the Philippines and Singapore. Brunei, Cambodia and Laos will join soon. The Alliance will focus on building a social contract between governments, people, and business to conserve Asean's cultural heritage for future generations. 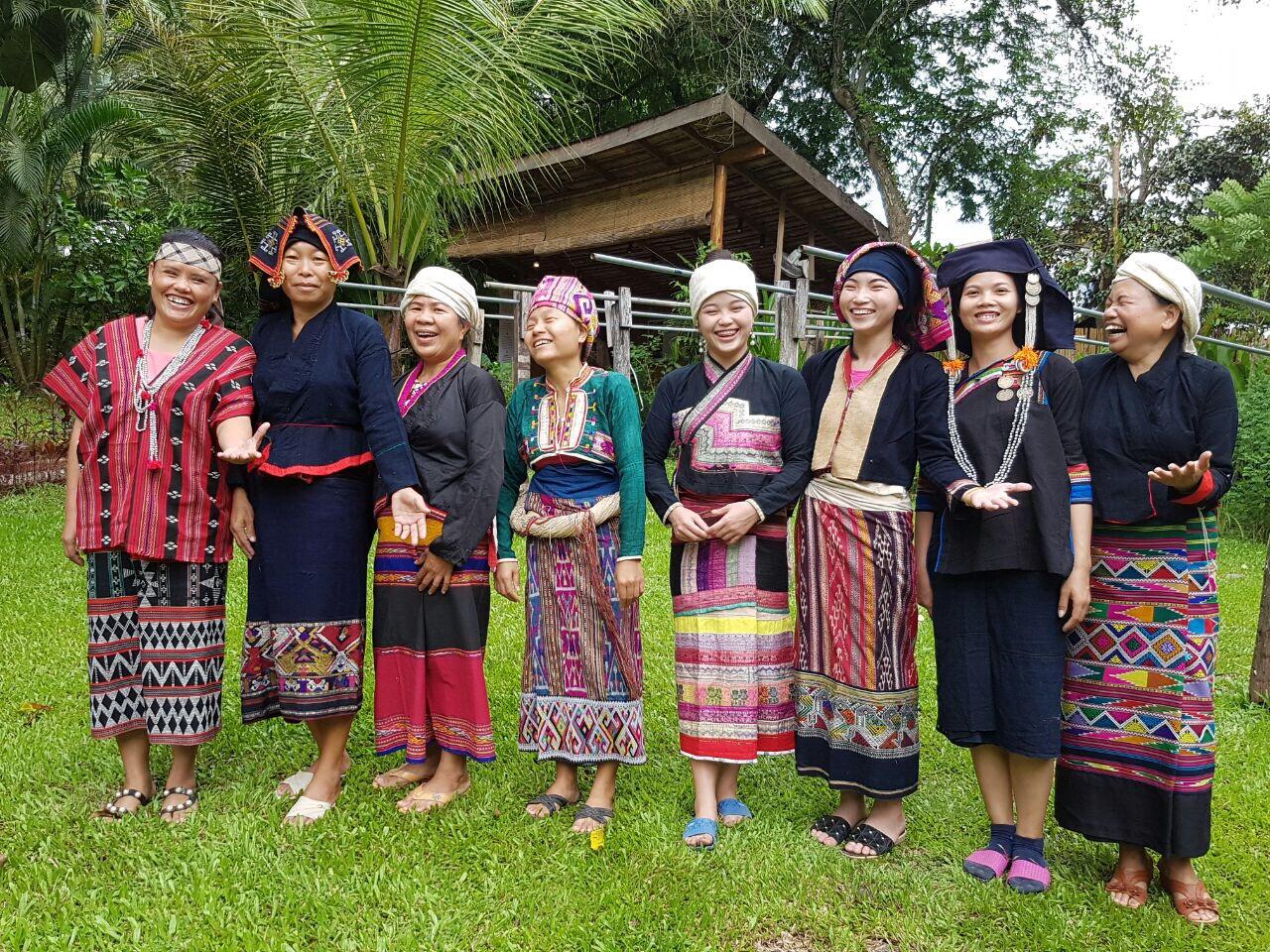 In Laos, Ock Pop Tock has revived and modernised the rich heritage of ethnic textiles.