On the third day of the Lao New Year Festival in mid-April, the Buddha image of Phra Bang -- believed to be the guardian of Luang Prabang for generations -- is taken in a traditional procession to a shrine in the Xieng Thong Temple, where the devout bathe the image and wish for good health and happiness for their families. Of course, this year, the procession was called off as well as the nationwide water festival on top of the disruption of basic routines of everyday life such as giving alms to local monks.

Similar to towns and cities across the world, the heritage town of Luang Prabang is under lockdown after the Lao government ordered strong public health measures following the first two confirmed Covid-19 cases in the country on March 24. Shops and restaurants, tourist sites and cultural attractions have all been closed in what has become a familiar routine in recent months.

However, for Luang Prabang and other World Heritage sites, the impact of lockdowns are multi-faceted as authorities and residents are attempting to safeguard outstanding physical and intangible cultural values. Yet at the same time, they depend heavily and sometimes exclusively on tourism for income. Although the figures of loss at Luang Prabang have not been released, other World Heritage sites in Southeast Asia saw receipts decline by 99% in April. Residents who live near these sites are also struggling emotionally and mentally because of the effect of strict measures on the social and cultural fabric in the area.

"The most serious impact is not only on our town's economy but also on the traditions of the people," said Sengthong Lueyang, Deputy Director of the Luang Prabang World Heritage Office. "It is unfortunate that the spread of the virus is happening during the most important period for the town of Luang Prabang. It is the Lao New Year which is when we express thanks to Phra Bang for looking after the town and maintaining peace ever since the Lan Xang period."

Luang Prabang was the capital of the Lan Xang Kingdom, one of the largest in Southeast Asia from the 1350s to early 1700s CE. Now the heart of Lao PDR's world-famous tourist attraction, which is also known for its French colonial-era architecture from the late 1800s, the site was inscribed in the World Heritage list in 1995 in recognition of its rich architectural and artistic heritage fusing colonial and Lao traditional urban architecture. 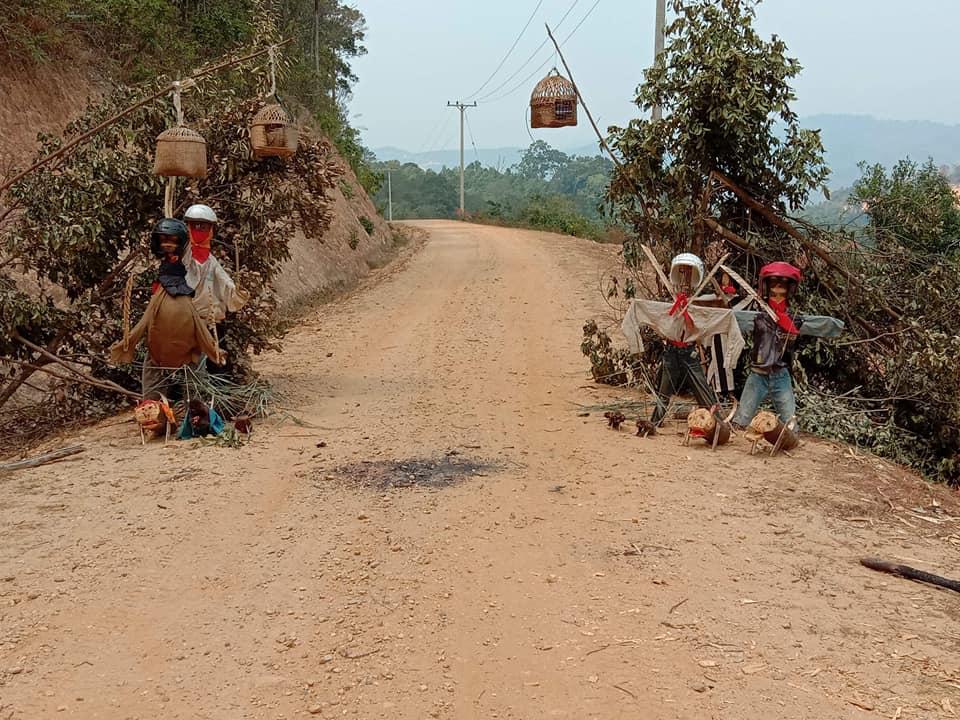 Houses built of wood using traditional techniques and materials introduced during the colonial period, such as Huan Chan Heritage Luang Prabang, a century-old traditional Lao house located in Ban Xiengmouan, represent part of that heritage and the previous way of life. Temples in Luang Prabang decorated with traditional techniques, patay phet and patay poon in the Lao language, demonstrate sophisticated stucco techniques drawing on local wisdom and resources. The townscape is distinguished by the sacred Mount Phou Si standing at its centre between the Mekong and Nam Khan rivers, with clay from the riverbeds used to make terracotta tiles according to tradition.

World Heritage sites are inscribed under the 1972 Convention, which recognises that nature conservation and the preservation of cultural properties are inextricably linked. The Unesco status confers a commitment on behalf of governments to manage and protect values at the site, while also stimulating tourism. The town of Luang Prabang, -- one of three World Heritage sites listed in Lao PDR -- welcomes about 500,000 tourists each year to a town of 50,000 residents and prides itself as a model of heritage preservation in Southeast Asia.

Like many other cultural sites worldwide, it is experiencing a novel test of that model as a result of the pandemic. "At this moment, 89% of all World Heritage properties are totally or partially closed. Museums and other cultural institutions are losing millions in revenue each day," said Ernesto Ottone R, Unesco Assistant Director-General for Culture. "Artists all around the world are unable to make ends meet. Unesco is mobilising the international community to increase access to culture and heritage online in order to support the resilience of artists and to bring governments together to find policy solutions."

The authorities of the Luang Prabang World Heritage office are working from home with staff rotating 24 hours a day to monitor the site for emergencies such as fires and breaches of the river banks. For cultural sites worldwide, human-induced risks such as vandalism and theft are also of concern. 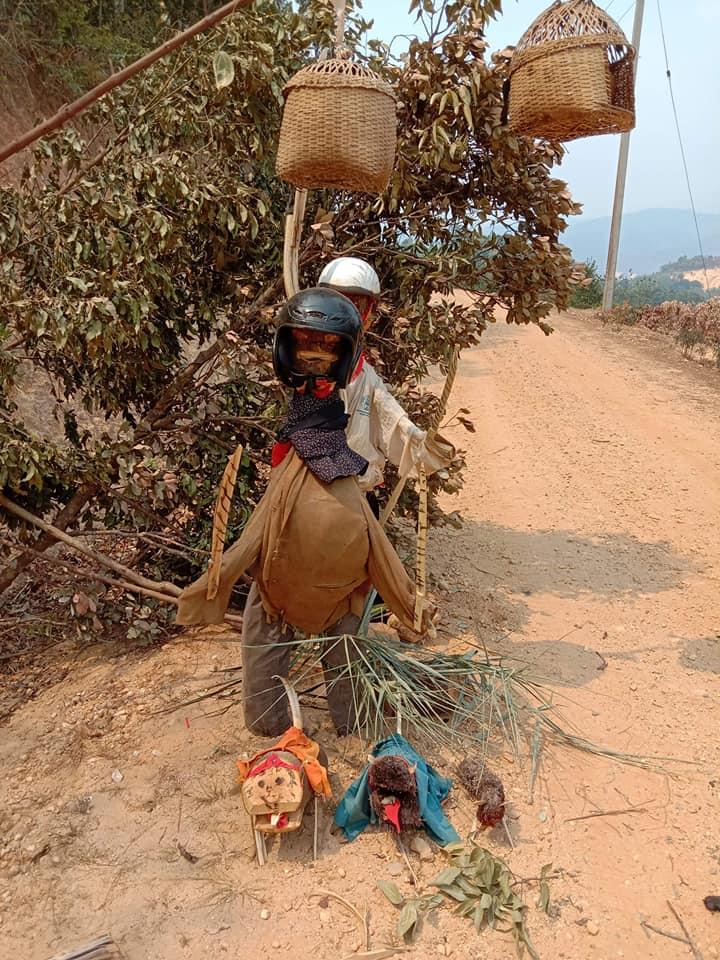 These hazards are compounding challenges at the site that predate the current disruption. After Luang Prabang was listed as a World Heritage site, residents criticised how tourism and the new management regimen had caused harm, not to the heritage site, but to the local culture and community as it was driving people away from their traditional livelihoods and even their homes in some cases. The recognition of the values and rich cultural traditions transmitted from generation to generation is now a major focus of an emerging movement in community-based conservation.

"It is important to have a strong benefit-sharing mechanism between the tourism sector and the local community and the rights of the visitors," Dr Mechtild Rossler, World Heritage Centre Director, stated recently. "Unesco currently has been stressing on the preservation of the intangible cultural heritage rather than just bricks and stones."

In 2015, the 20th anniversary of the World Heritage inscription, the government declared Luang Prabang as the centre of culture and tradition and authorities started to integrate the protection of physical sites as well prioritise the safeguarding intangible cultural heritage. There have been ongoing efforts between the government, the local authorities and the community members in documenting and making an inventory of the living traditions that are disappearing.

Unesco has been providing technical support on safeguarding the intangible culture since 2011 by providing capacity training to authorities, academic institutions, civil society organisations and especially community members as core practitioners.

In developing countries such as Lao PDR, where many people struggle to meet basic needs, communities need support to also prioritise heritage sites and intangible culture. Many rural areas are relatively self-sufficient and produce food and engage in local trade. These communities, however, are inextricably linked to the country, region and outside world, requiring external support as well.

"Everything has come to a halt, including all our traditional ceremonies and family gatherings during the New Year," said Dee Thisit, a local resident of Phan Luang village in Luang Prabang. "Economically, the lockdown gives us time to rethink how to survive. It makes us look internally on how to be self-dependent."

Communities caring for sites such as Luang Prabang are resilient -- and have been for generations -- even in challenging circumstances. They are protecting the universal value and just as conservation efforts have become increasingly community-based, support for the Covid-19 response at World Heritage sites must bring expertise and resources to bear with respect and understanding of the local context and cultures.

Kamonrat Chayamarit is a programme officer with the Culture Unit at Unesco Bangkok.