Local tech that shows off ingenuity amid a crisis

This pandemic has revealed a lot of things. For starters, booze is apparently a necessity and we were this close to rioting on the streets when it seemed like the ban wasn't about to be lifted. People who didn't give a crap about others were exposed but thankfully that was overshadowed by news of people helping out and being kind, decent human beings. We've realised just how much we rely on those who deliver our food, how much we miss travelling and whether we like to admit it or not, we actually miss going to work. To top this, the ingenuity of people has also been revealed and a bunch of new innovations have been created to help out as we try and recover from this life-altering state. This week, we've got innovations from Thailand that have sprung up in response to Corona time. Encountering fake news on social media is as common as encountering a bus driver that has a death wish in Bangkok. The spreading of false information is never acceptable, especially in a world that's trying to recover from a pandemic. When the virus hit the country hard, a local IT company named 5Lab saw that false reports were spreading quicker than the virus in Thailand. They decided to remedy this by developing a Covid Tracker, an interactive map of Thailand that displays the location of the reported cases and a link to their sources to ensure that it's credible. It also lists the number of reported cases and also shows any fake news that's being spread around. The update called "5Lab Market" lists restaurants that have reopened so you can help local businesses near you. Restaurants owners can add their places to the map too. 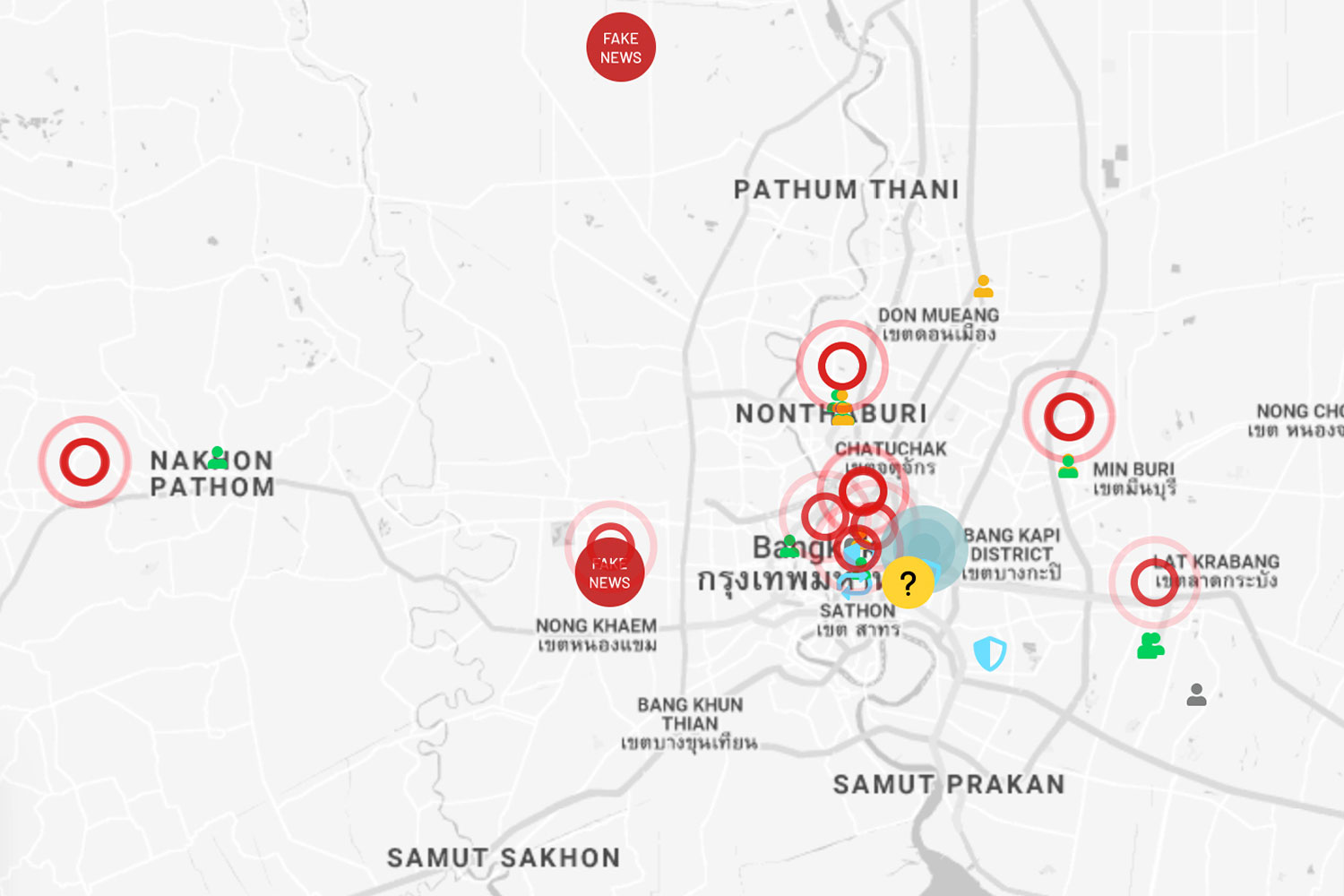 Ever since the pandemic started, one of the challenges frontliners have faced is the shortage of necessary equipment like face masks. Now that everyone is required to wear them, they're bound to be in shorter supply. Thankfully, a few people have got together to remedy it. Now bear with me as this will probably be a mouthful: the Ministry of Higher Education, Science, Research and Innovation, the Faculty of Medicine at Siriraj Hospital, the National Research Council of Thailand Rajamangala University of Technology Lanna, the Thailand Center of Excellence for Life Sciences and Thailand Institute of Nuclear Technology have teamed up to make "WIN-Masks" aka "Washable Innovative Nano-Masks". We won't get into the discussion of whether the name's second word is self-aggrandising but it can't be denied that this is a very welcome invention. Of course, naysayers will say that washable masks are nothing new and you can buy them from anywhere, but these are made by the combined work of the people from all those institutions (which I won't repeat because I don't want to hurt my fingers) which makes these masks reliable. That makes all the difference especially when it's doctors, nurses and other medical staff who will make use of them. 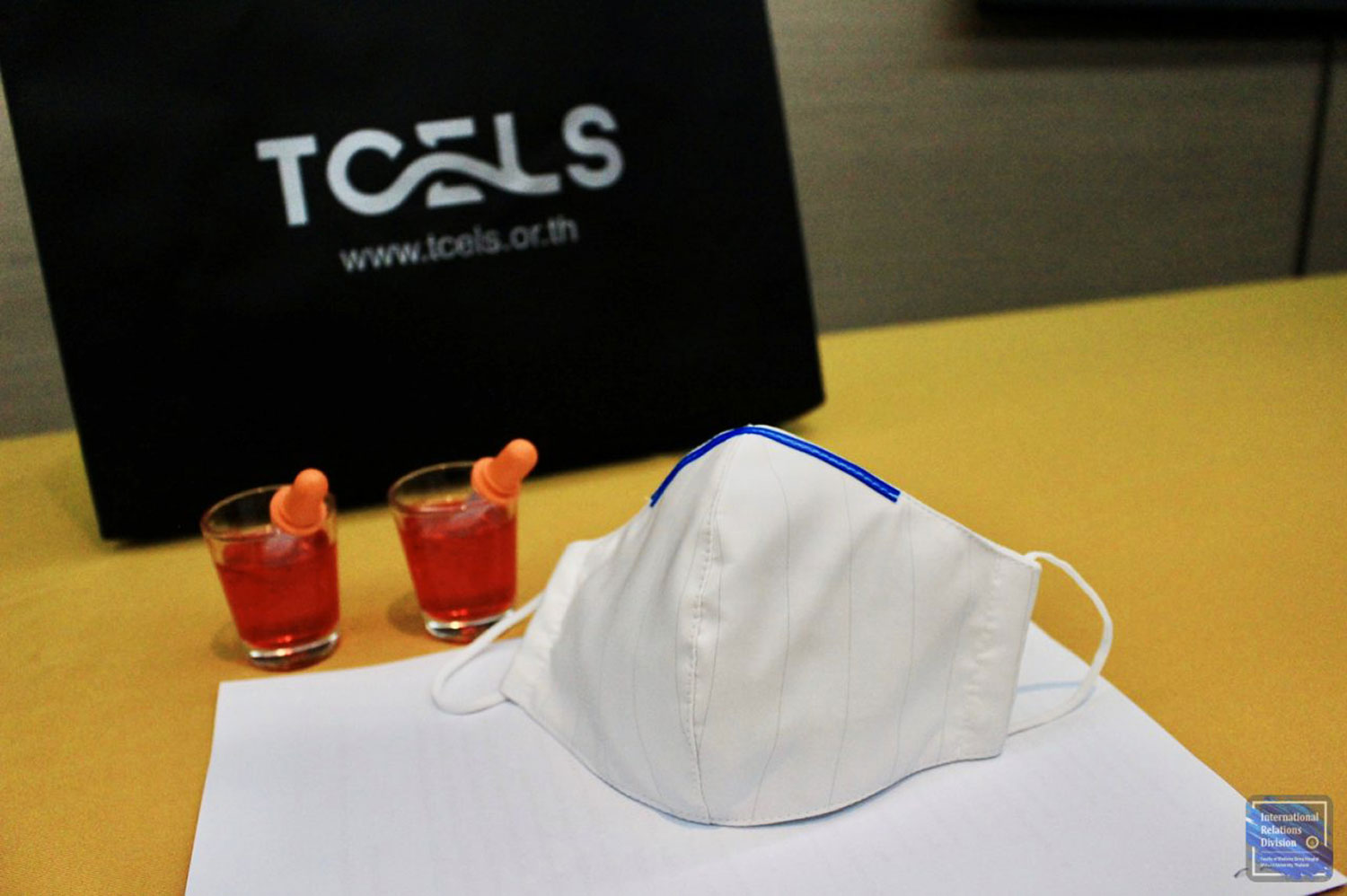 If you're working from home, video meetings have probably been the bane of your work existence for the past few weeks. It has its positives and negatives though you have to agree that being able to go on a meeting while still wearing shorts is a pretty liberating experience. Video calls make working during quarantine pretty convenient so Clicknic makes use of that but this time in terms of healthcare. Download the app and register. Once you do, you can list out any symptoms you may have and the app will put you in touch with a doctor via video call so you can consult with them. At the same time, the app is also linked to the messenger service Skootar so any meds that may be prescribed to you can be delivered to your doorstep. The app also has a Covid screening option. Answer a couple of simple questions, list any symptoms you think you may have, upload a photo of yourself and then you can get a consultation. You get a check-up and meds all from your phone and in the comfort of your home. 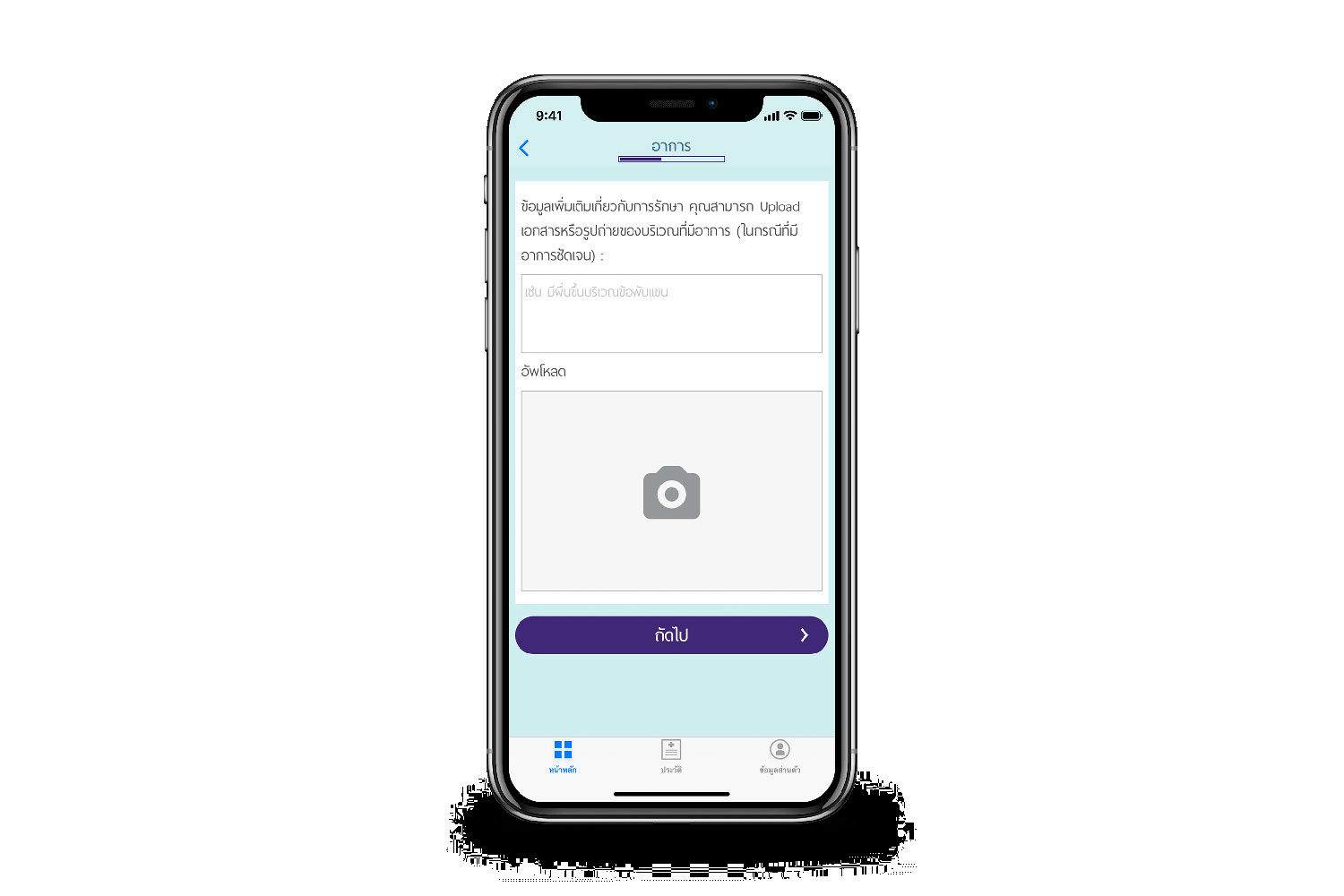 A similar app like Clicknic is the Chula Care app. The app helps patients of Chulalongkorn Hospital get all the info they need right on their phone like location of facilities or any appointments they've made with doctors. Plus, it also enables patients to pay online so that there's no more waiting to pay at the counter. However, one of the features of the app that definitely helps in times when isolation is key is that medicines prescribed to patients can be delivered via mail. No need to leave the house and you don't have to worry about foregoing your medication. 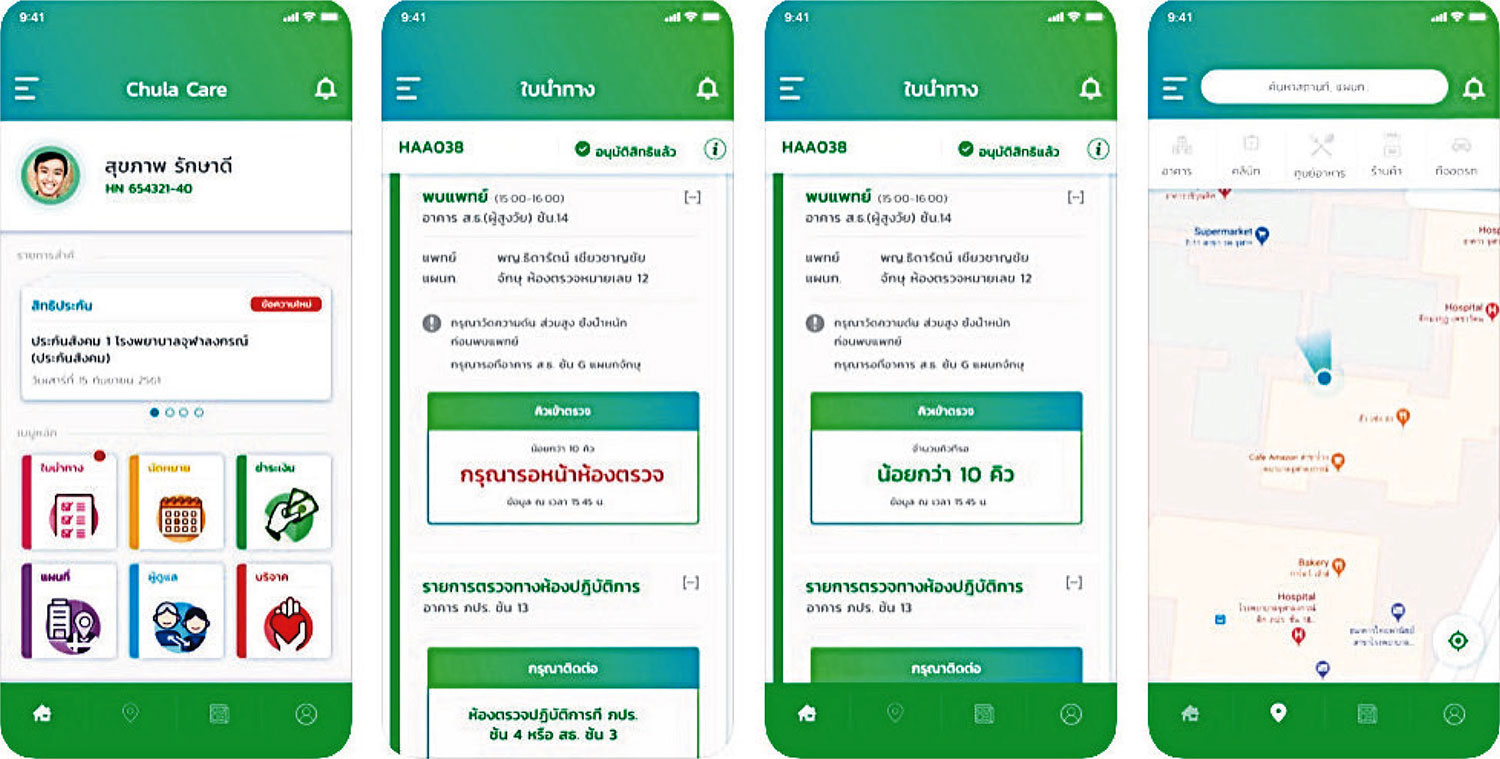 It's great to see that incidences where people have been helping others out greatly surpass incidences where people just don't give a crap about others. There are still people out there who are in need of help and support, no matter how small, and if you're looking for a way to contribute, Infoaid may be the best place to start. The website has broken down the needs of hospitals and groups of people who are at risk in an easy-to-use interface. Whether it's face masks, canned goods, instant noodles or face shields, the site gives you a rundown of the equipment or goods that are running low so you can donate things that they desperately need. For example, as of the writing of this article, the needed number of face shields for hospitals has nearly been met but no one has donated any masks yet, which are also listed as needed. Donating is pretty simple: there's a number you can contact so you can coordinate with Infoaid about your donation. For hospitals, you can inform them which one you'd like to donate to. 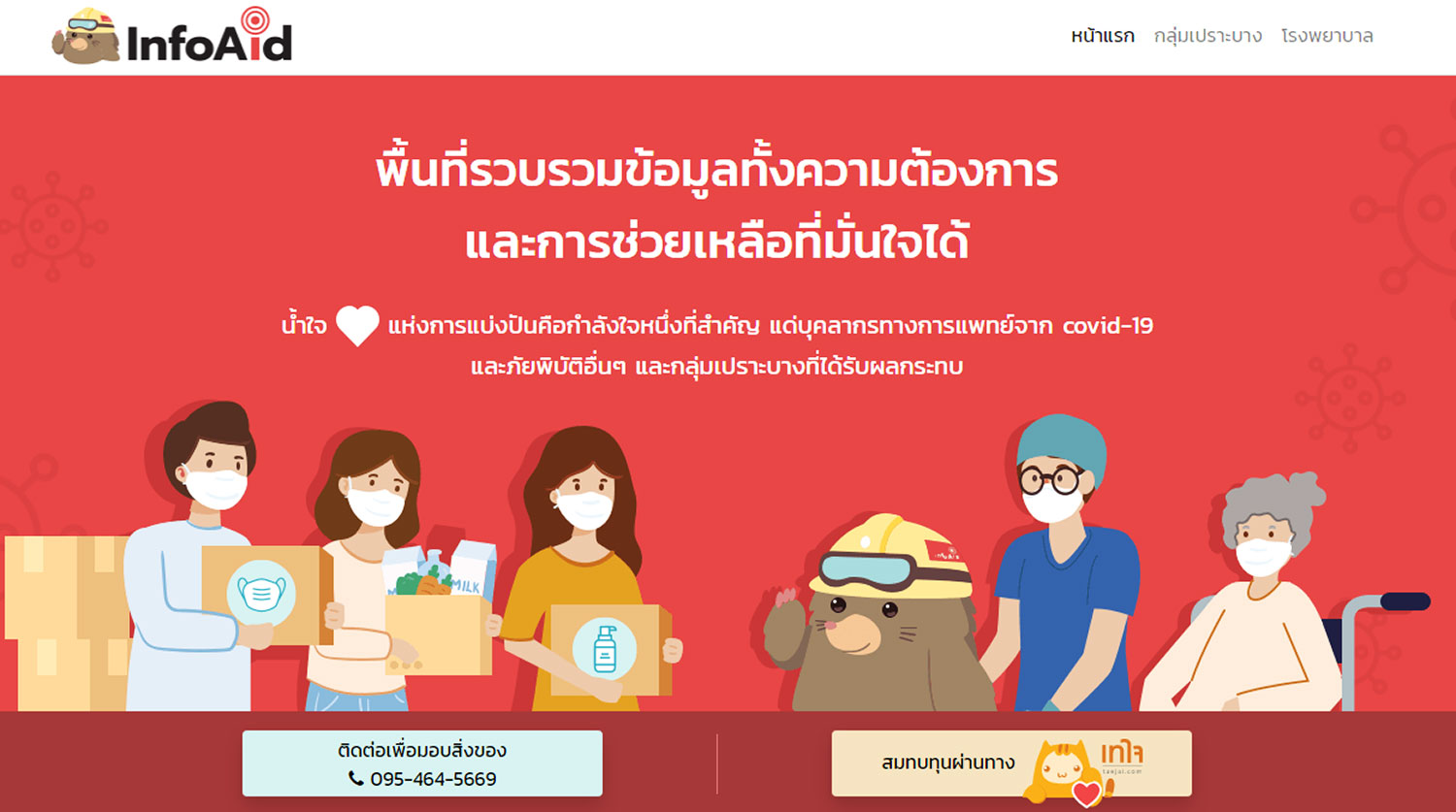 It's true that those of us versed in the cautionary tales of AI like Terminator or Westworld are wary of the impending uprising of the robots, which were man-made. I think it's safe to say though that we're still at least a good decade away before Dolores tries to take over our world, and robots these days are helping us rather than plotting our extinction. Robotic inventions from Chula and Thammasat have sprung up in response to the pandemic and have made lives easier for healthcare workers. Chula has "ninja robots", originally used to monitor patients who suffer from strokes, which can communicate with patients and take their temperatures, which puts healthcare workers at less risk. Thammasat's robot which they've affectionately named "Tham-Robot" may be simple and not look as flashy: what it basically does is shuttle medical equipment and meds around the hospital. Despite that, it still greatly lessens any sort of personal interaction and therefore, also lessens the risk of infection. We can rest easy that robots are on our side -- for now. That is, until the T-800 comes out from a time-space electro-ball rupture of some kind. 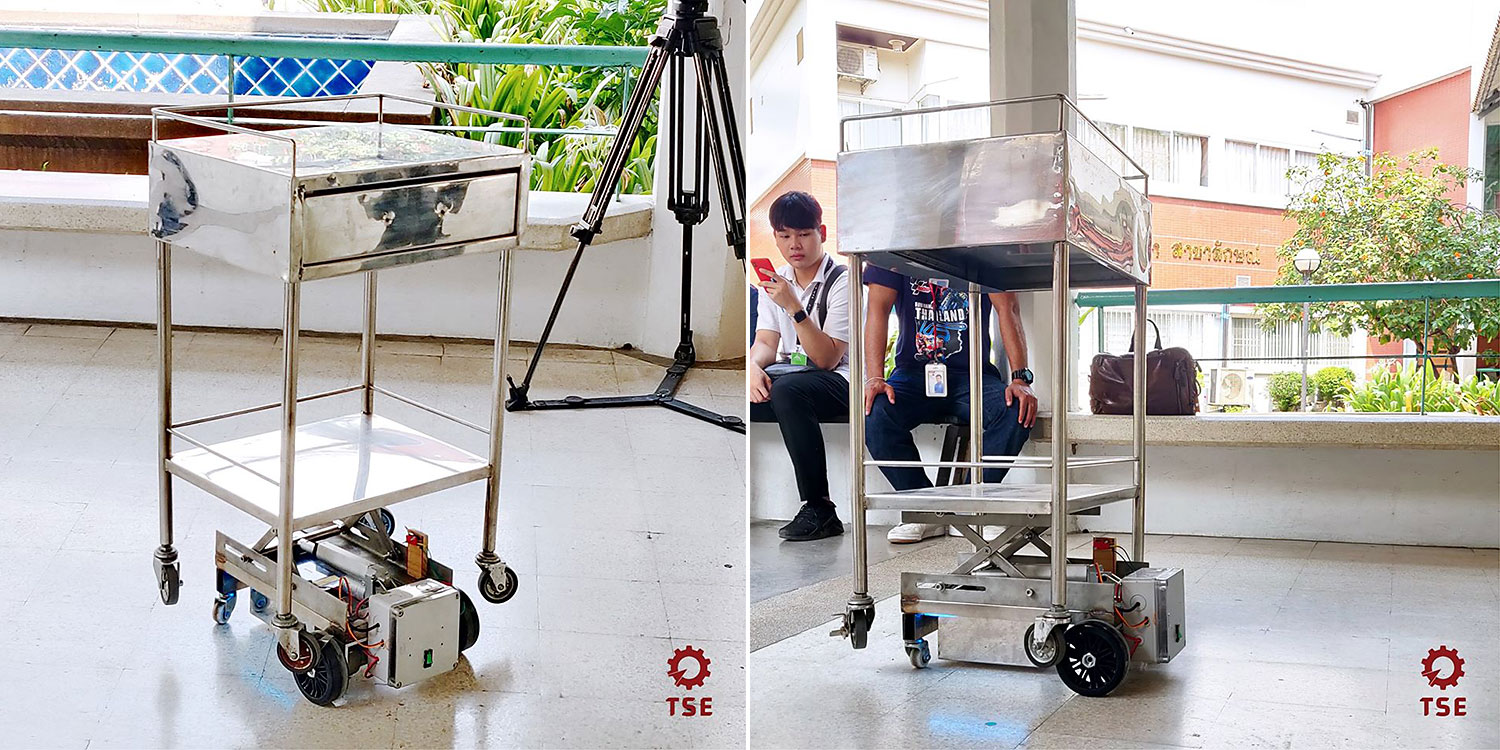 Staying at home is a drag for those who are dying to be out and about. However, Thai Airways is giving you a good reason to stay at home. What they're doing is simple and straightforward: you stay home and they'll give you free miles. Download the app, register your Royal Orchid Plus membership, input your address and then for every four hours you stay at home, they'll reward you a mile. The app can be searched and downloaded on the App Store for iOS users but for some strange reason, the app is not on Google Play for Android users so you'll have to use the link above to download it. The campaign ends on May 23 for Android and May 26 for iOS so there are a few more weeks for you to start collecting some free miles with possibly the least possible effort in the history of airline miles. If you're like the majority of people who want to travel once this is all over then this is definitely something you want to avail. 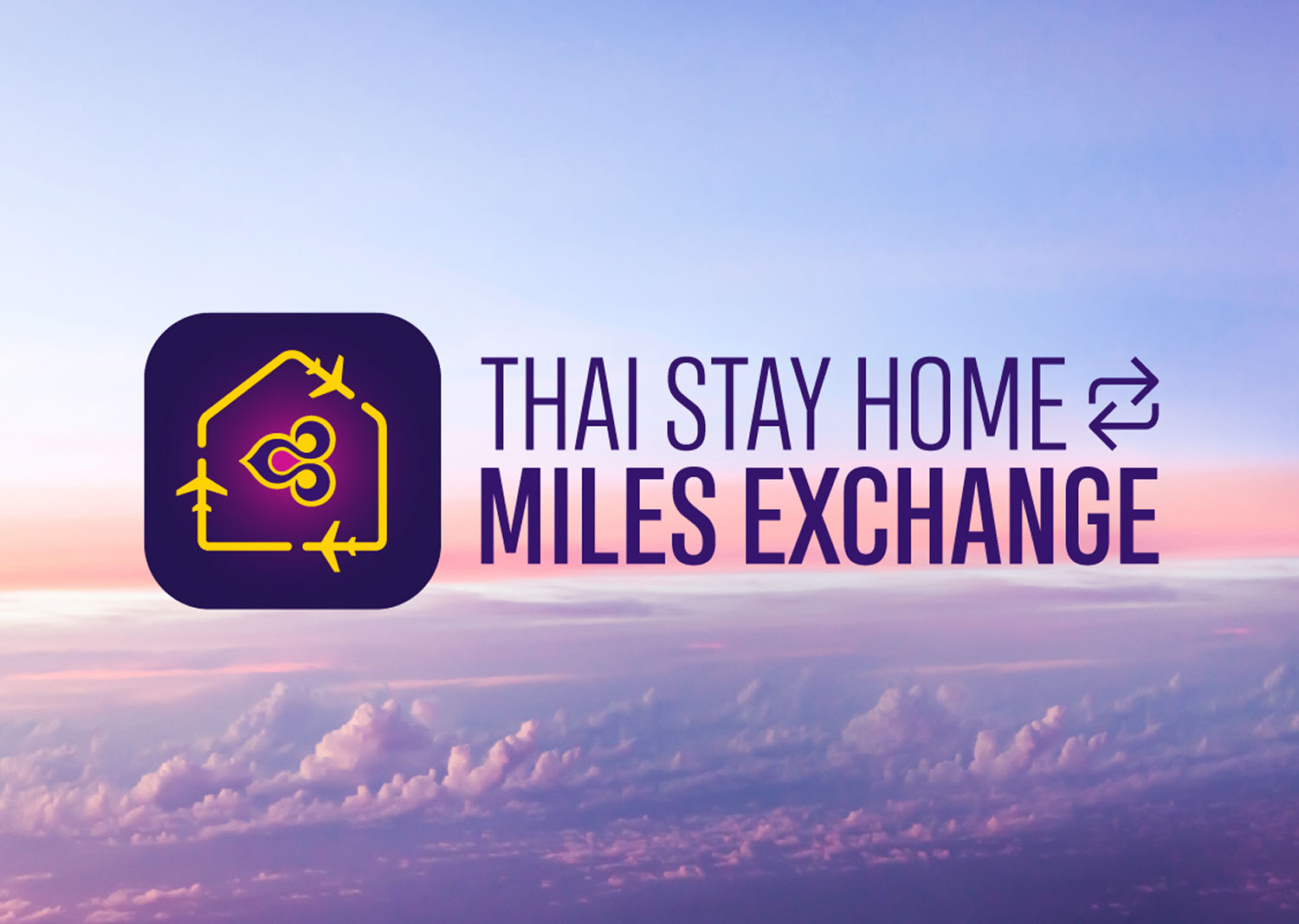