They say a picture is worth a thousand words and the same goes for Stephane Peray's cartoons in his entertaining book Farang Affairs, illustrating in a humorous manner situations that can face a foreigner in Thailand, whether they be new arrivals or old hands. 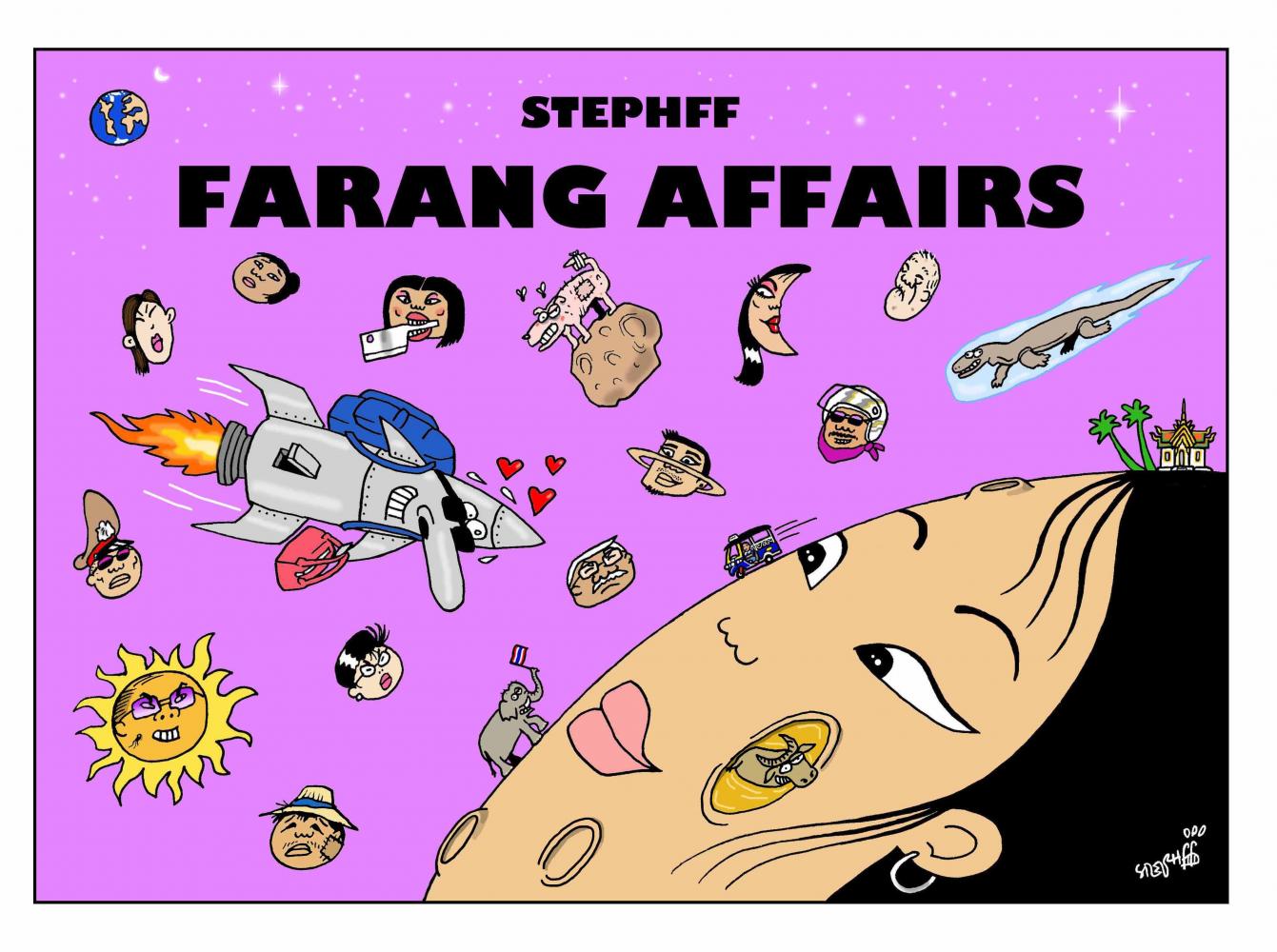 Many will be familiar with Peray's work which has been appearing in the Bangkok media for the past two decades, mainly The Nation but occasionally the Bangkok Post. His regular cartoon column "Ministry Of Farang Affairs", laced with satire, proved very popular with amusing depictions of farang trying to adapt to the complex culture and life in Thailand.

Stephane "Stephff" Peray is a Frenchman born in Paris, who settled in Thailand in 1989 a few years after his first visit as a sailor with the French navy. Initially a photographer, he moved into cartoons, and outside of Thailand his work has appeared in The International Herald Tribune, The Far Eastern Economic Review and the Phnom Penh Post.

The book, which is attractively presented and easy to read, has 10 chapters, each highlighting a different aspect of what farang can expect while living in Thailand.

The opening chapter is entitled "You Are New In Thailand If...", followed by amusing cartoons depicting the possible experiences of new arrivals in the Kingdom with appropriately wry commentary. What makes the cartoons so effective is that most of us have probably experienced similar situations. 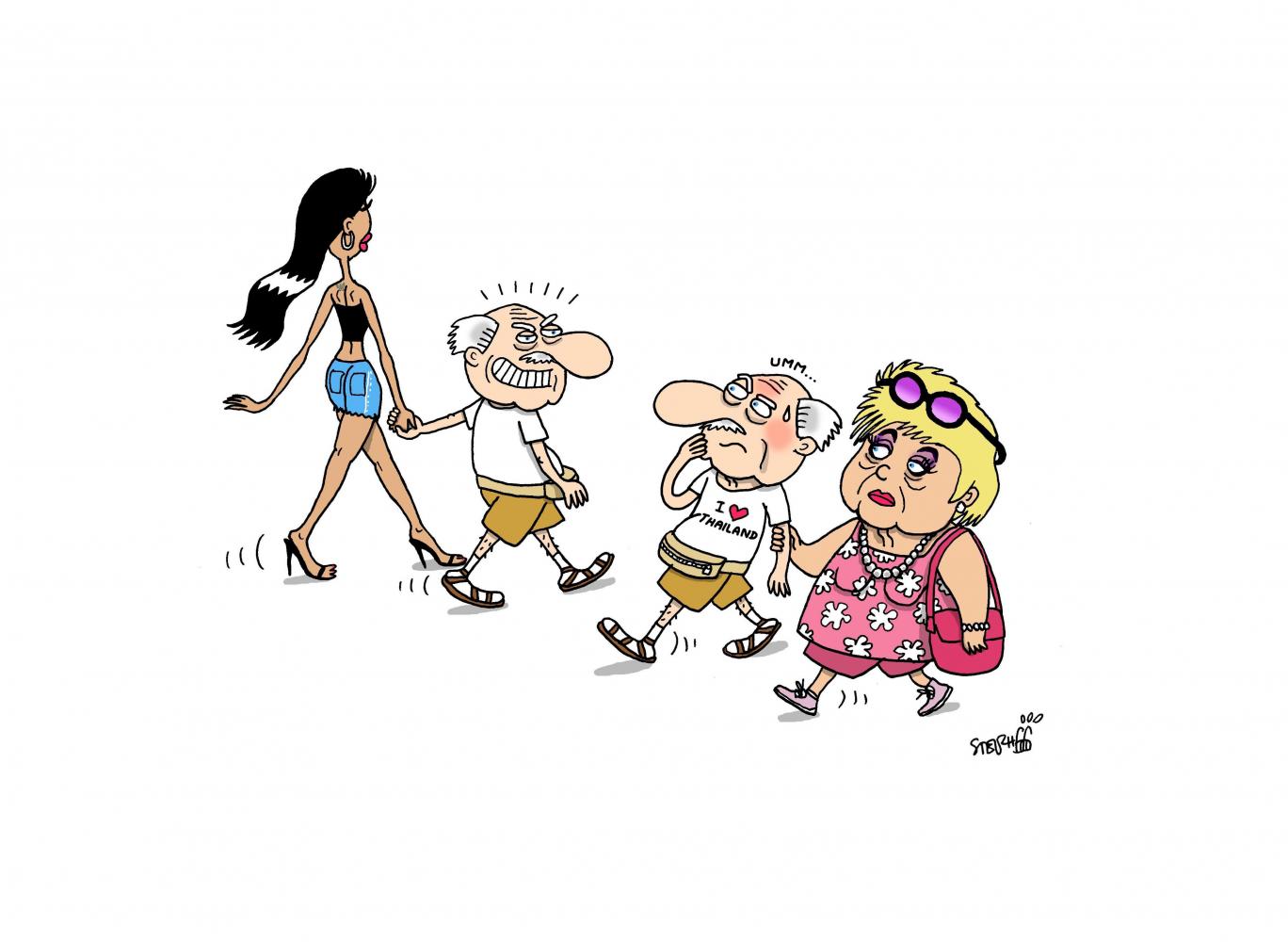 The chapters then progress with a similar format on such themes as "You Are An Unhappy Farang In Thailand If…", "You Are A Delusional Farang If…" and "You Have Perfectly Adapted To Thailand If…", and so on.

Every cartoon tells a story, and there are a lot of observations full of irony. Expats will identify with the farang motorcyclist wearing a crash helmet being stopped by an alert policeman while four grinning Thai kids crammed on one motorbike breezily sail past, none wearing helmets. Then there is the overweight visitor falling in love and discovering that he has become a mobile ATM.

There are amusing cartoons on whistling security guards, the addiction of Thai bureaucracy to photocopies, strange licensing laws for selling alcohol, jet-ski rip-offs, ghosts and the buffaloes that conveniently die when money is short. Then there are the major crackdowns on things that aren't really that major. 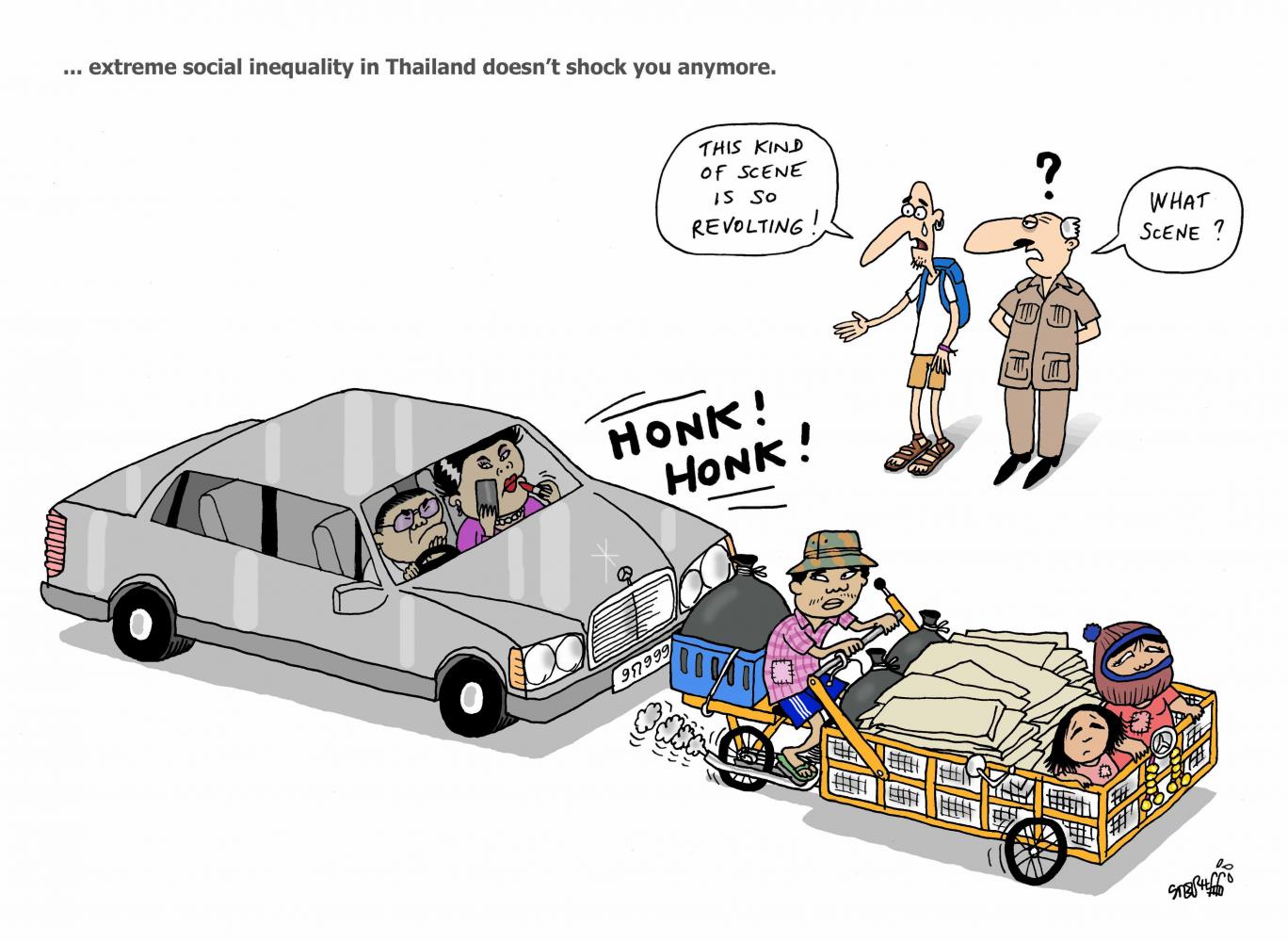 And there are of course the temptations of the flesh and the inevitable encounters with ladies of the night, not forgetting the ladyboys, with sensible illustrated advice about why it is wise not to get into a fight in Thailand.

While the book is obviously aimed at expats, broad-minded Thais may also find it an intriguing insight as to why farang sometimes appear to behave so strangely.

Peray says his cartoons are about "making fun of farang life in Thailand" and that's what this book is, "fun", but also an effective cultural insight not to be taken too seriously. You may not agree with some of his observations, but life would be dull if everyone had the same viewpoint.

There is not an awful lot to laugh about these days, but Peray's work will definitely bring back the smiles.

The book costs 1,100 baht (including postage) and can be bought by contacting the author directly at stephff.cartoonist@gmail.com. 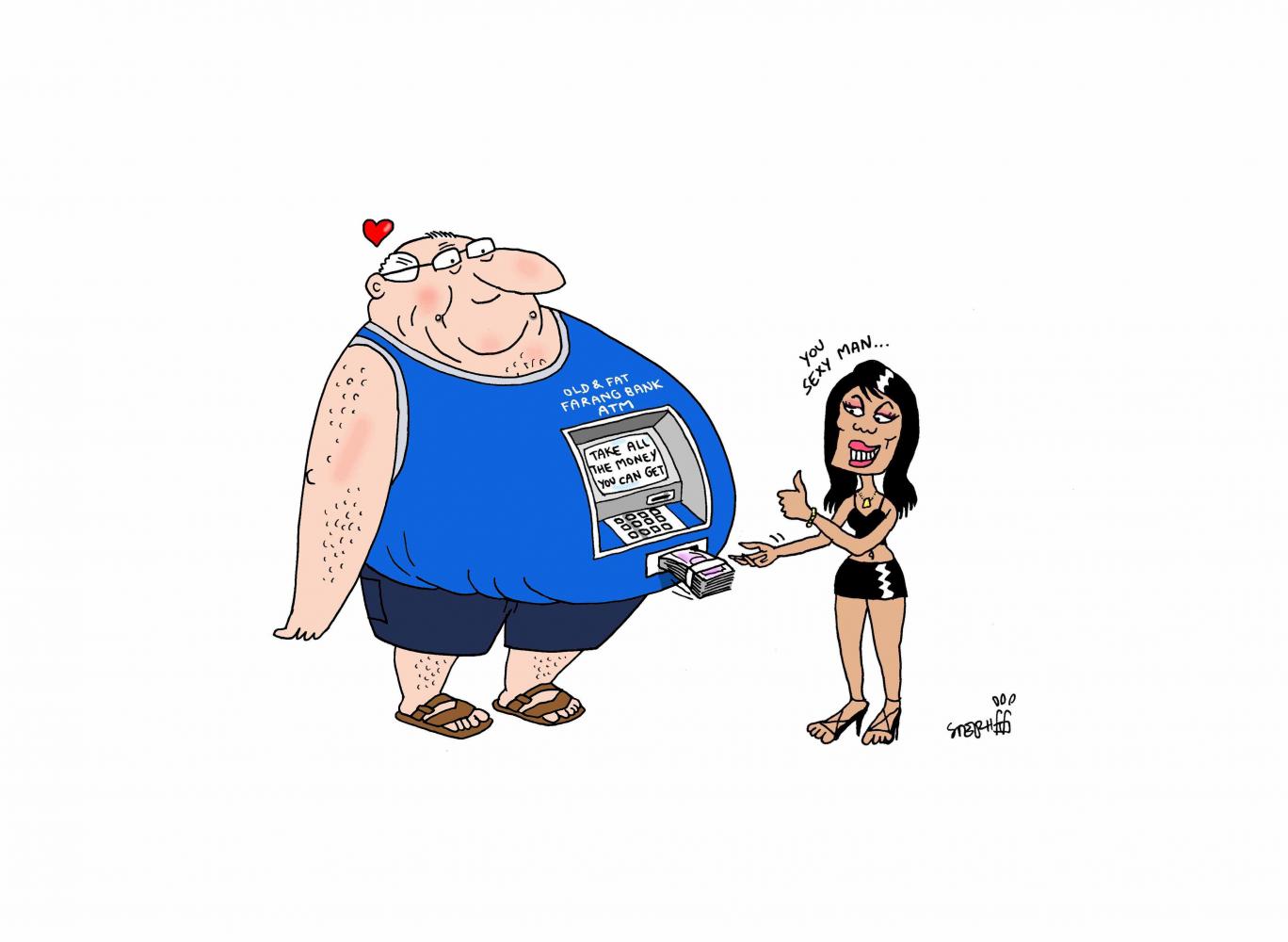