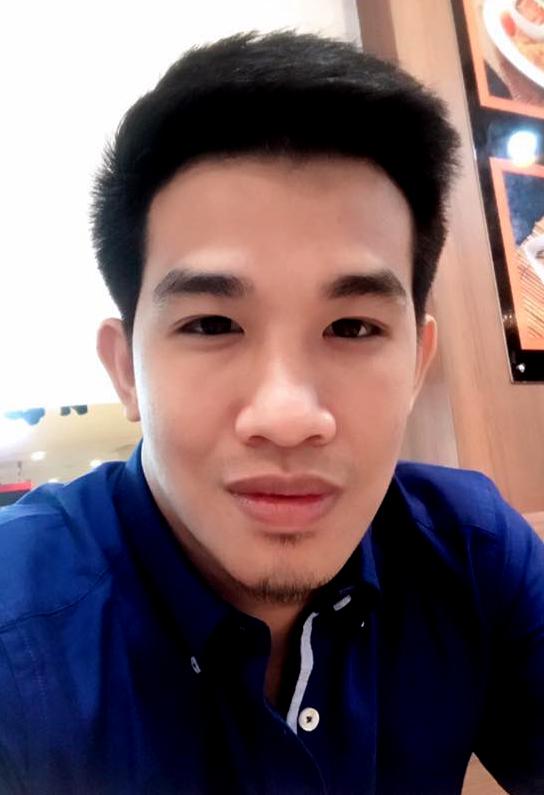 Sia Po refused to donate to the May Day concert fundraising appeal organised by the movement, successor to the dissolved Future Forward Party, after Mr Thanathorn's supporters badgered him to part with some of his millions to support their cause.

The online concert was held to give artists thrown out of work by the Covid-19 shutdown a chance to earn their keep, while also doubling as a fund-raiser for the general public suffering under the economic slowdown.

Boasting that, unlike the government's 5,000 baht coronavirus relief payments, recipients of donated cash raised would not have to "prove" they were poor, organisers said they would pay 3,000 baht to all comers as long as funds lasted.

Sia Po was dragged into the affair when Mr Thanathorn's followers started sending him messages en masse urging him to donate, which he said interrupted his sleep.

Sia Po is a well-known donor to worthy causes, including the 100 million baht he raised from public-spirited casinos across the border for last year's Ubon Ratchathani flood relief effort, and 1.5 million baht in personal funds he gave families of the victims killed in the Terminal 21 mass shooting in Nakhon Ratchasima in February.

Sia Po also took issue with the way billionaire Mr Thanathorn was handing out donated money, saying recipients should be encouraged to do some good for society, not simply put their hands out.

"If I want to help anyone, I will do it myself. There is no need for you to ask me to donate," he said, referring to those who sent him requests.

"I will not give to this outfit, as it's my right. Thanathorn has more than 100 times the money I have. He has said previously that giving away money just encourages people to ask for more...now he is spitting in his own face," Sia Po grumbled, as he alerted his own fan club on social media to the pressure Mr Thanathorn's supporters were applying. 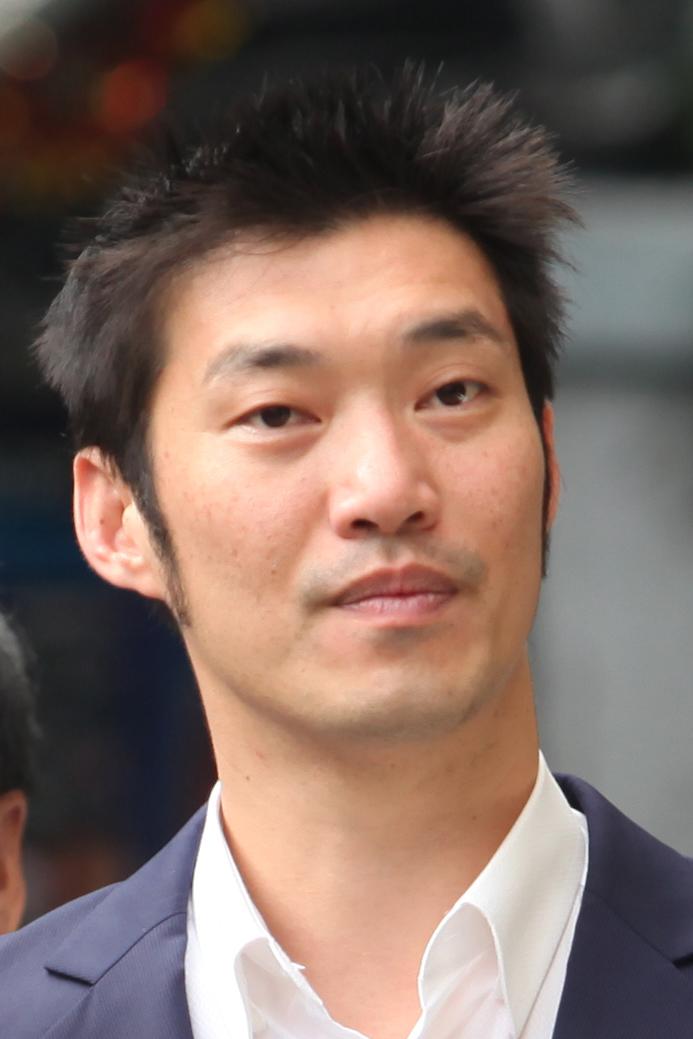 As Mr Thanathorn's followers slammed his response, Sia Po transferred the grand sum of one baht in symbolic protest to Progressive Movement co-leader Pannika Wanich's account. In a subsequent post, he said while he admired Mr Thanathorn personally, he came across politically as a "bit strong".

Offering advice based on his own giving to worthy causes, Sia Po said Mr Thanathorn should pay recipients to do public works such as cleaning temples or collecting rubbish. "It would teach them the value of money and the fact they can expect to wear themselves out a bit before they can receive it."

Mr Thanathorn's approach, he said, could open the former MP to claims that he was acting with political motives.

The pro-government ASTV/Manager newspaper, no fan of Mr Thanathorn's movement, said the giveaway was clearly intended to challenge the government's 5,000 baht Covid-19 relief payments, even if was mounted on a lesser scale.

The government's scheme has been dogged in controversy amid rows over eligibility, with some well-to-do applicants getting payments while other more deserving cases missed out. The newspaper said such flaws were inevitable in a scheme devised in urgency.

Mr Thanathorn's scheme offered help to employees and self-employed hit by the virus shutdown with no need for them to prove their income status. They were asked to leave their name, bank account number and a few words on why they wanted the money.

The movement, which asked donors to transfer funds to Ms Pannika's account, from which it was transferred again to those who applied for help, said it raised 7.28 million baht from 22,000 donors over the two-day event, enough to help 2,427 people. About a million people applied; further such campaigns are planned.

On Monday, Mr Thanathorn, while apologising for not being able to help everyone, said his movement was not in a position to distribute money more widely as it was not in public office.

Previously it called on the government to abandon eligibility criteria for its 5,000 baht scheme and pay the country's 14.5 million labourers immediately.

The Manager/ASTV said while the movement's scheme may have left many disappointed, the associated publicity had benefited the group.

Followers of its Facebook site shot up from 80,000 before the appeal to 2.2 million overnight. Netizens left 3.5 million comments on the 3,000 baht giveaway.

Sia Po, meanwhile, said he was right to stand his ground. Amid claims by the Thai Post newspaper that Mr Thanathon had now ceded the crown of Thai social media king to Sia Po, the net idol boasted the Progressive Movement is getting its just deserts for fooling with him.

A Nakhon Nayok woman who duped admirers into sending her 300,000-400,000 baht by impersonating a wealthy young woman on social media has owned up to her fraud. 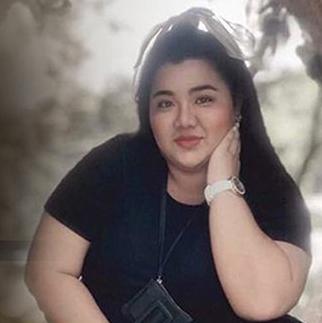 Lakkana Krimjai handed herself in to Muang district police on Tuesday after a victim from Khon Kaen offered a 5,000 baht reward for details leading to her arrest.

Media coverage encouraged two other victims to come forward, neither of whom suspected she was ripping them off. Ms Lakkana's family also came under pressure as netizens asked whether they were complicit in her scam.

Police say Ms Lakkana admitted taking the profile picture of an attractive, wealthy woman in Chon Buri, Praew Punyawee, and impersonating her on FB, right down to copying images of meals she had taken.

Men she met on social media, eager to get to know the young woman in the profile picture, sent her money after Ms Lakkana asked for clothes, bags, cosmetics, a gold necklace and even air tickets. When the men asked for a chance to meet, she would put them off.

The first victim, known on FB as Sudpiti Hiengmanee, complained to Khon Kaen police about Ms Lakkana's deception. He said he sent her more than 107,450 baht in 26 cash transfers over more than two years before growing suspicious and ultimately uncovering her scam.

Ms Lakkana, he said, claimed she was an executive at a real estate company. They met online in March 2018 and started chatting seriously that December, when she also asked for money.

He would send her 3-4,000 baht a time, including 14,000 for a gold necklace. He asked repeatedly for the chance to meet, but she kept ducking and weaving.

One day she invited him on a trip to a resort in Chanthaburi. After he transferred the money, he asked her for a video call but she refused. As the date for their outing approached, she claimed the resort was closed.

When he suggested Chon Buri instead, she flew into a rage. He started to grow suspicious and tracked down her details. Mr Sudpiti discovered she lived in Nakhon Nayok and had stolen the profile picture of Ms Praew in Chon Buri, who is now aware of the deception and is herself laying a complaint.

Mr Sudpiti said when he confronted Ms Lakkana, whom he still hadn't met, she admitted the fraud and offered to repay him. However, she cut off contact soon after and fled. Coverage of the saga on Amarin TV encouraged two more victims to come forward over the next two nights.

Victim "Benz", 28, from Bang Lamung, Chon Buri, has also complained to local police after sending 76,000 baht to Ms Lakkana only to realise, thanks to the TV coverage, that he had been duped. He believed they were a couple, even though they had never met in person in the year and three months they chatted on social media.

He says he was shocked to discover she was "not the same woman as on the cover", as the Thai puts it, referring to consumers who discover the goods they have bought are less than they appear on the wrapping.

On day three, victim "Dream" came forward to say he had sent a total of 137,888 baht over a similar period. Like the other victims, he thought they were a couple. "Nothing she did gave me cause for suspicion; she was smart and did her homework well," he said.

The village head in the district where Ms Lakkana lives, Thawat Prakongsil, said Ms Lakkana had been in trouble for a similar offence three or four years ago, when she defrauded an insurance company.

He was surprised to hear she had been up to mischief again as she was normally a good kid. Ms Lakkana has apologised and pledged to repay her victims.