Songs for the universe

With a presence and contagious smile that can light up the room, Thai-Italian singer-songwriter Valentina "Ploy" Giardullo -- known by her stage name Valentina Ploy -- recently spoke with B. Magazine about her life and music.

Trading the picturesque scenery of her hometown in Italy to pursue a music career in Bangkok, Valentina recently released her first EP titled Satellite with six English-language tracks that discuss personal stories from her life, loves, relationships and family.

"I talk about literally everything that I feel naturally. So, it's just whatever comes. Love -- like human relationships and connection -- is one of the main things that we experience every day. So that is also part of my songwriting," said the 26-year-old when we met at What The Duck music label's office in Phaya Thai. 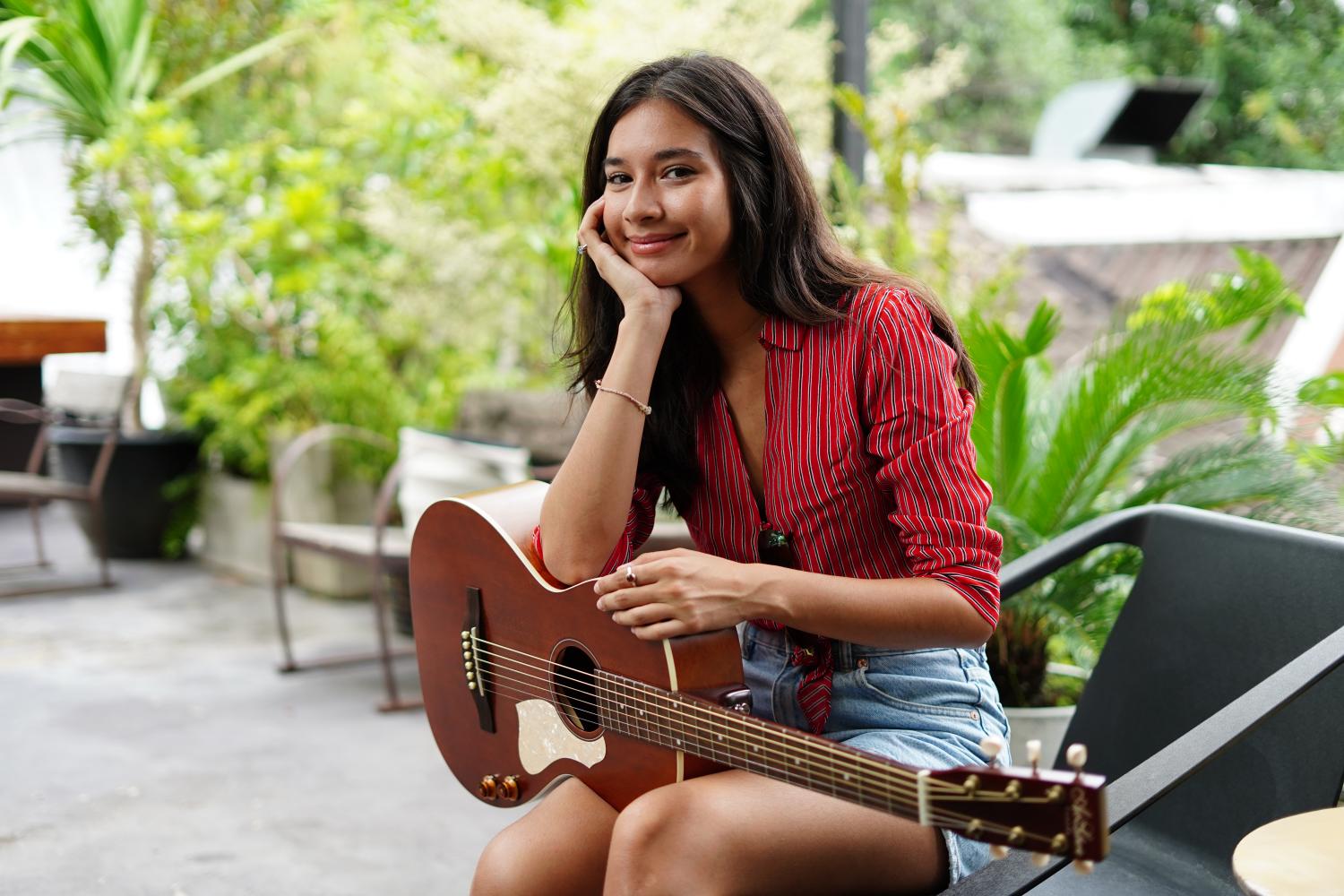 Her music fuses pop with influences of folk and electronic. The sound of this EP is rather simplistic to reflect the singer's roots and her songwriting style.

"I want to keep the core -- the basics of how I started making music. I got a help from [producer] Pokpong Jitdee for production and everything. However, whenever I start writing a song individually, it's just me and my guitar or, like, a four-chord piano. So, I just wanna keep my first works like that."

Valentina promised a more complex sound for her next EP, which is currently in production. A new single is set to come out sometime later this year.

"It's a natural evolution. Nowadays, there are so many new sounds, so it's obvious for me to be influenced by them and other things that I have learnt. As I'm growing, my music grows with me, I guess. So, definitely, the direction after the first EP will be totally different." 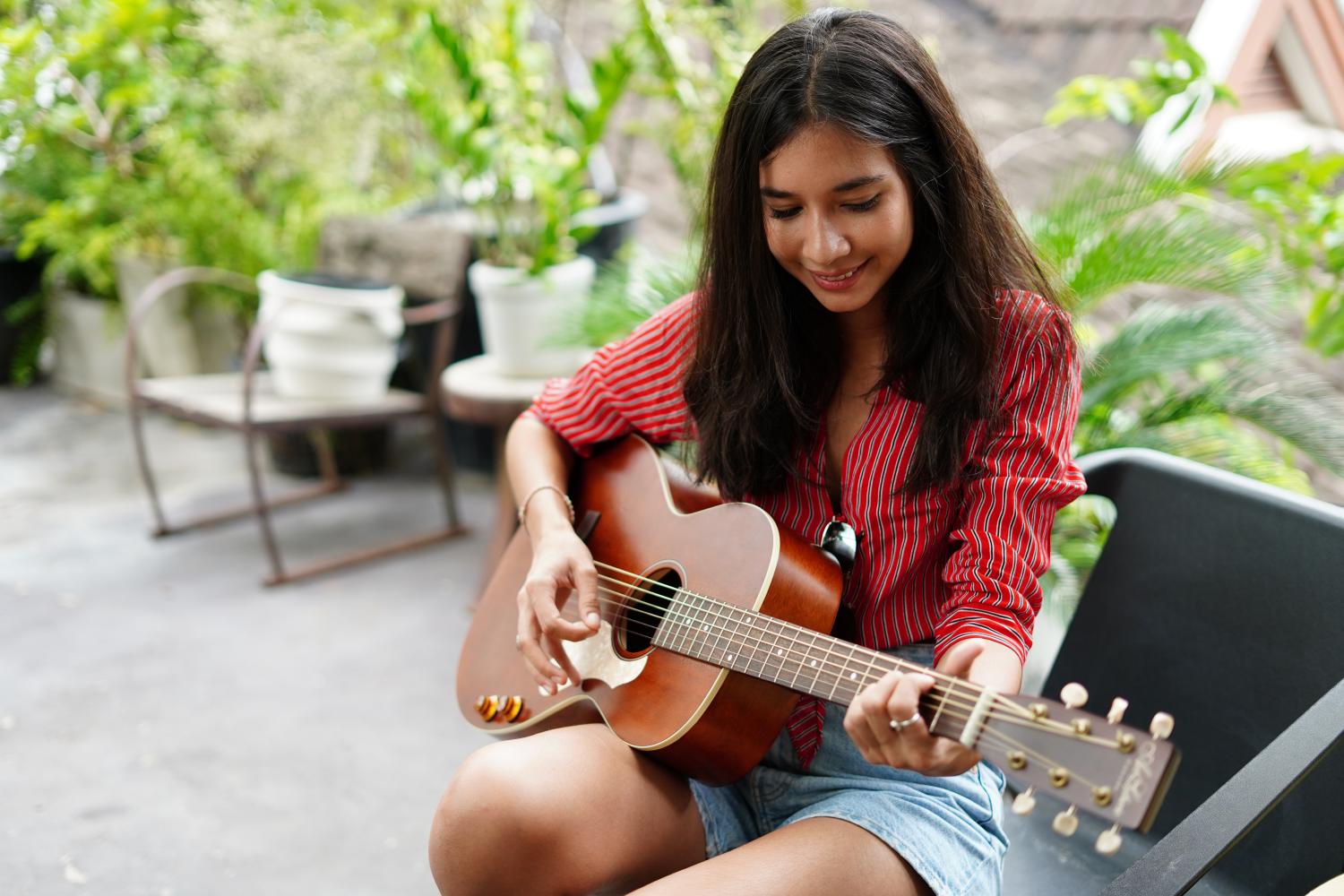 Releasing English-language music in Thailand can be challenging and Valentina feels language may pose a barrier between her music and her listeners.

"With my songs, what's really personal are the lyrics. So, sometimes I feel like if Thai people could understand the lyrics more, that would help. But, at the same time, I'm not afraid because I feel that a challenge is good," she said. On the other hand, the choice of language has made it possible for her to gain fans in the Philippines, Indonesia, Singapore, Taiwan and even the United States.

The singer grew up listening to artists like Michelle Branch, M2M, and in her self-defined emo period, My Chemical Romance and Linkin Park. Currently, Lany is on her playlist. She likes pop, rock, electronic and folk. Her style of music is influenced by bits and pieces of everything she has listened to.

"I listen to a lot of music but in the end what I want is to find my own sound and create my own kind of music." 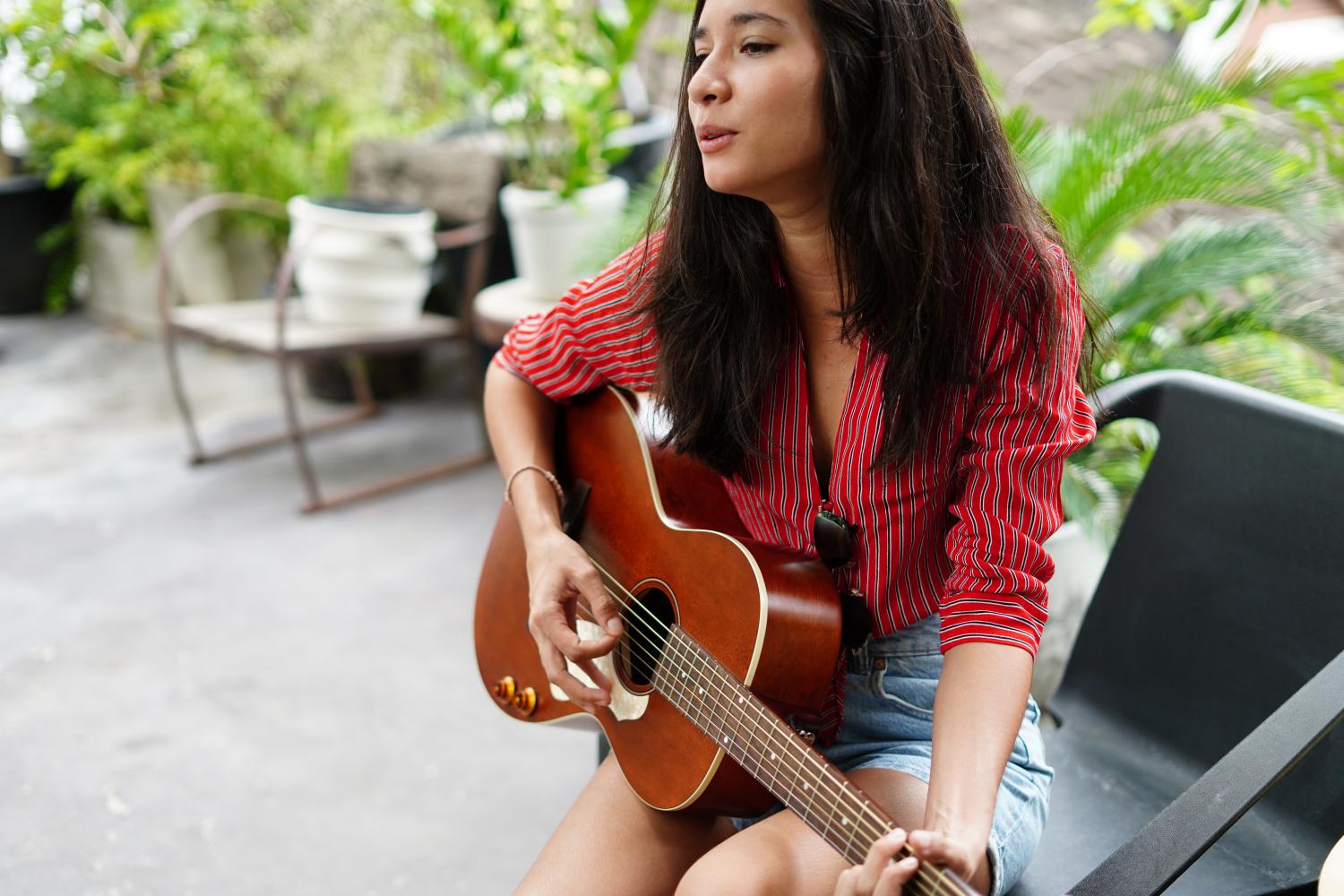 Valentina said she didn't exactly plan or expect to settle down and pursue a career here. Coming from the small seaside town of Sorrento in southern Italy, she described her hometown as heaven. However, she knew she couldn't stay there for too long.

"As a young girl who wants to pursue her things, I felt like it was a bit limiting being there. I also have an exploring spirit. I always wanted to go here and there. I don't want to settle in one place. So, this is like the longest that I've been in one place -- in Bangkok."

Her road to music started at a young age. As a kid, the singer said she used to be very shy. She wrote songs in her diary and sang in the shower. As she got older, she competed in talent shows like X-Factor and Amici in Italy. Later, she came to the attention of Thai fans when she competed in The Voice Thailand Season 6, auditioning with Linkin Park's In The End back in 2017 while she was on a holiday in Thailand. She joined rapper Joey Boy's team and got eliminated after the battle round.

Making music in Italy and Thailand can be very different, she said.

"In Italy, it's a bit sad that to make music, you have to go to talent shows," Valentina said. "It's hard if you don't have a connection or haven't appeared on TV. I feel it's better in Thailand as you can make music with independent labels, become an independent artist, or whatever." 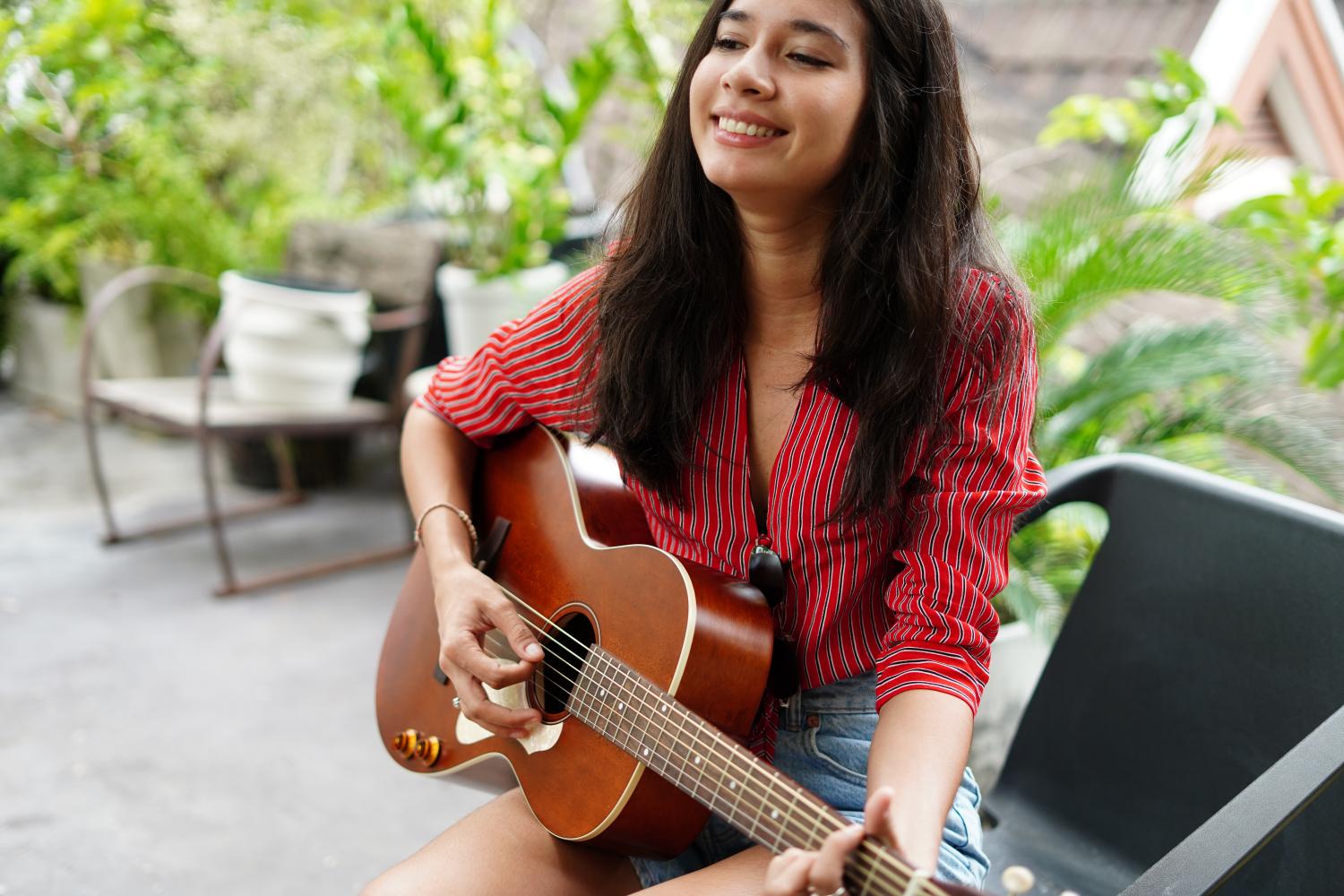 Then, in what was quite a surprising move, Valentina also made a break into the beauty pageant world by competing in Miss Universe Thailand 2018 where she was placed as the second runner-up.

"I know it sounds very weird," she said with a laugh, acknowledging these two different paths. "In the end, I'm doing music because I want to share good things with people and I feel that music can help. Music is making a difference in the world… [With beauty pageants], I thought it was a good platform to just have a bigger voice. And that's kind of the same thing why I'm doing music."

However, Valentina doesn't plan on going back for the crown anytime soon.

"I don't know if I really fit in there. I believe in its concept of helping other people. But when it comes to the other side of it, you have to always be beautiful, always sitting pretty, and it doesn't really fit my personality," she said.

In due time, life brought her back to music again. Valentina eventually signed with the Bangkok-based What The Duck label. But, just as she was releasing her music and her career was blooming, the coronavirus pandemic hit which caused her first EP to be postponed several times. Adapting to the new normal, she has performed a few online concerts during the lockdown. 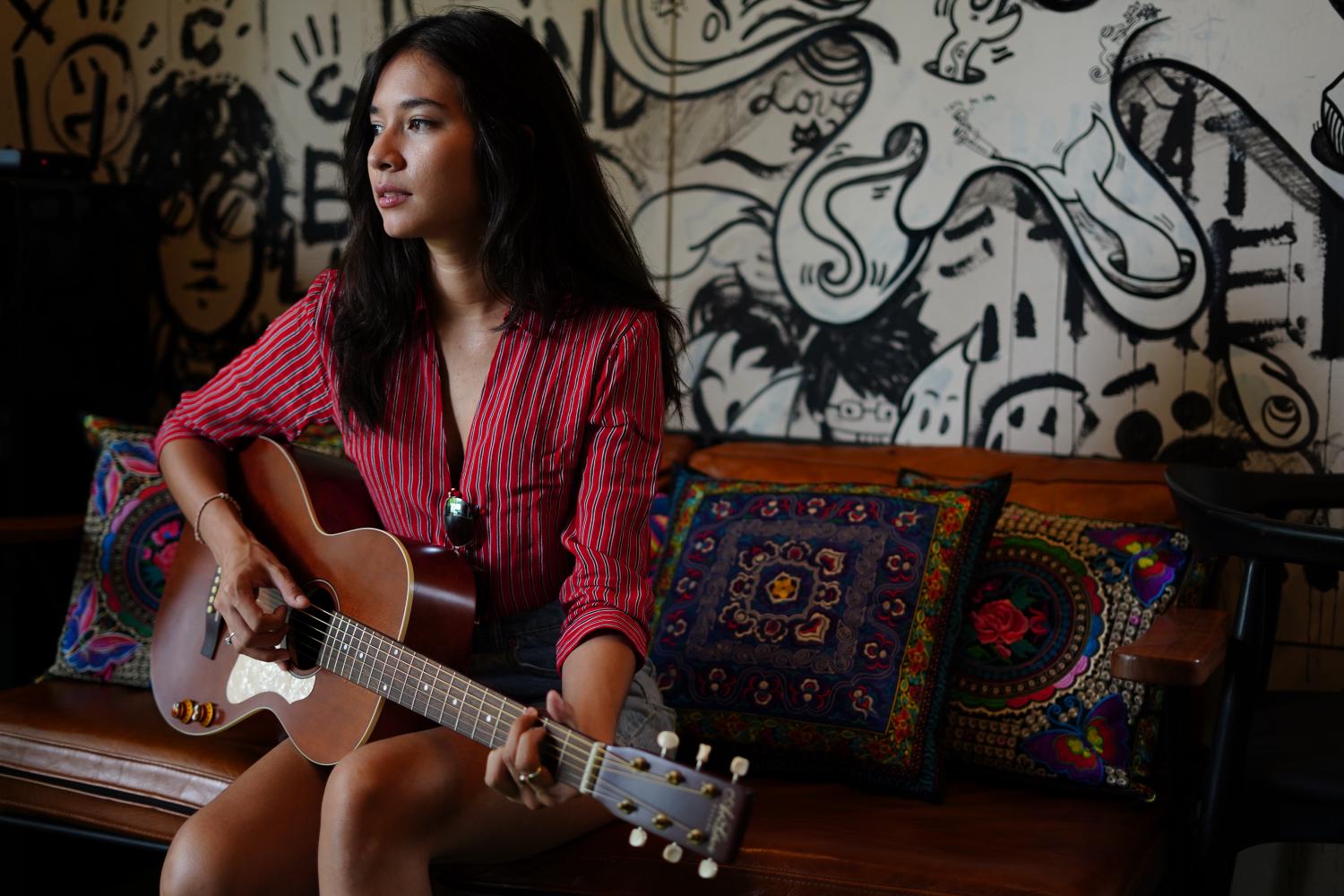 Most recently, she was back singing for a live audience with her first post-lockdown gig held at the "I'm Fine Thank You Sit Down Please" event at Lido Connect earlier this month. More live performances will be coming later in the year.

"I just hope I can reach the most people I can in the world -- the universe. Everywhere. It'd be cool to just be able to have a breakthrough outside the country so more people can listen to my music," said Valentina regarding her aspirations.

From music to beauty pageant and back to music again, Valentina said she's open to different opportunities in life that will allow her to express herself. She added that she would also love to try her hands at writing, acting, painting, or just about anything to do with art.