Lockdown has led to a surge in the sale of houseplants

Spending months in lockdown at home has seen a rise in people's desire to brighten their living spaces with indoor plants, the latest fad in home decoration. With their heralded properties including air purification, increased oxygen levels and catching fine dust, these greens are a perfect addition to any home. Their beautiful leaves are also must-have items for Instagrammers. 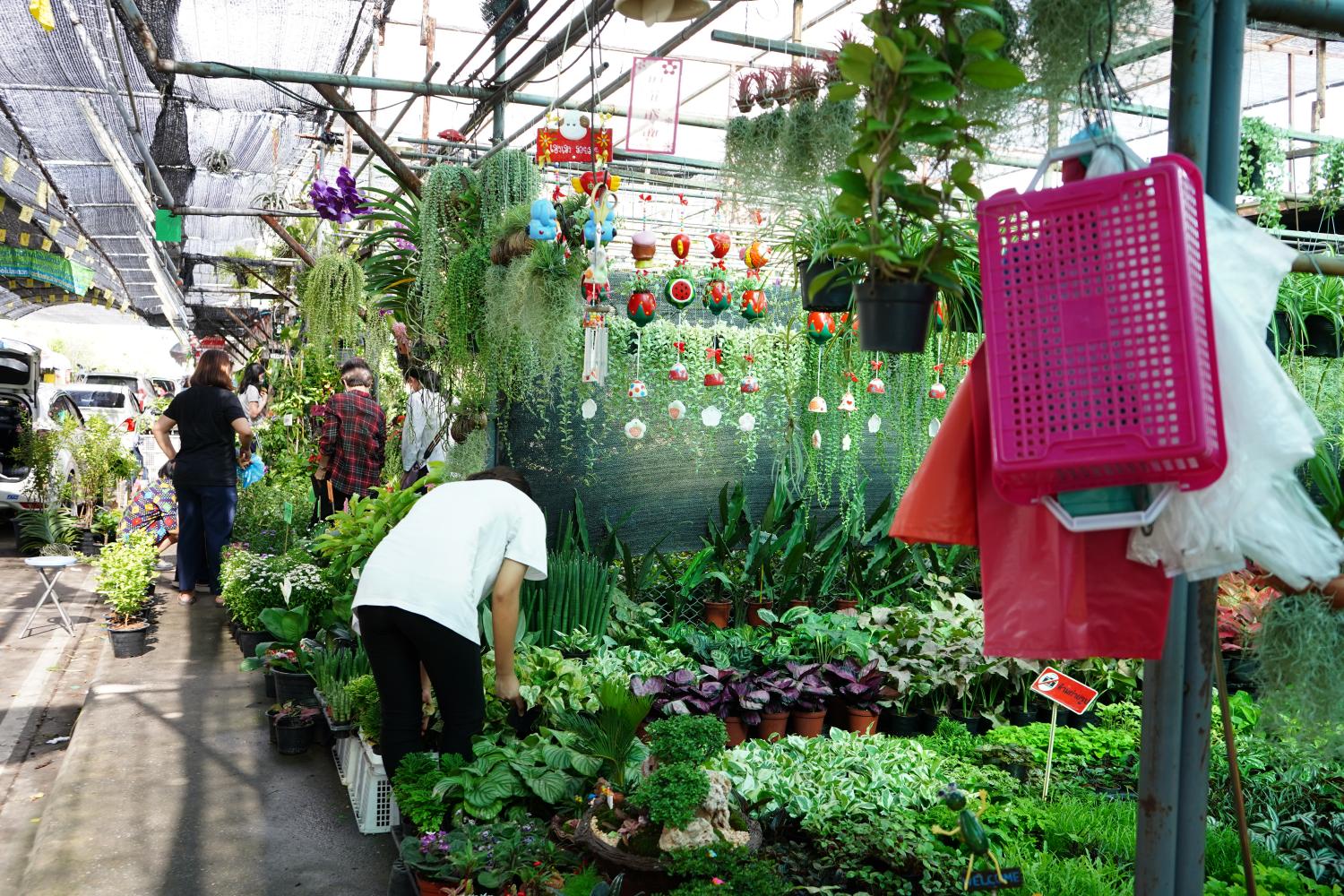 Business at markets is booming with the increased public interest in indoor plants. 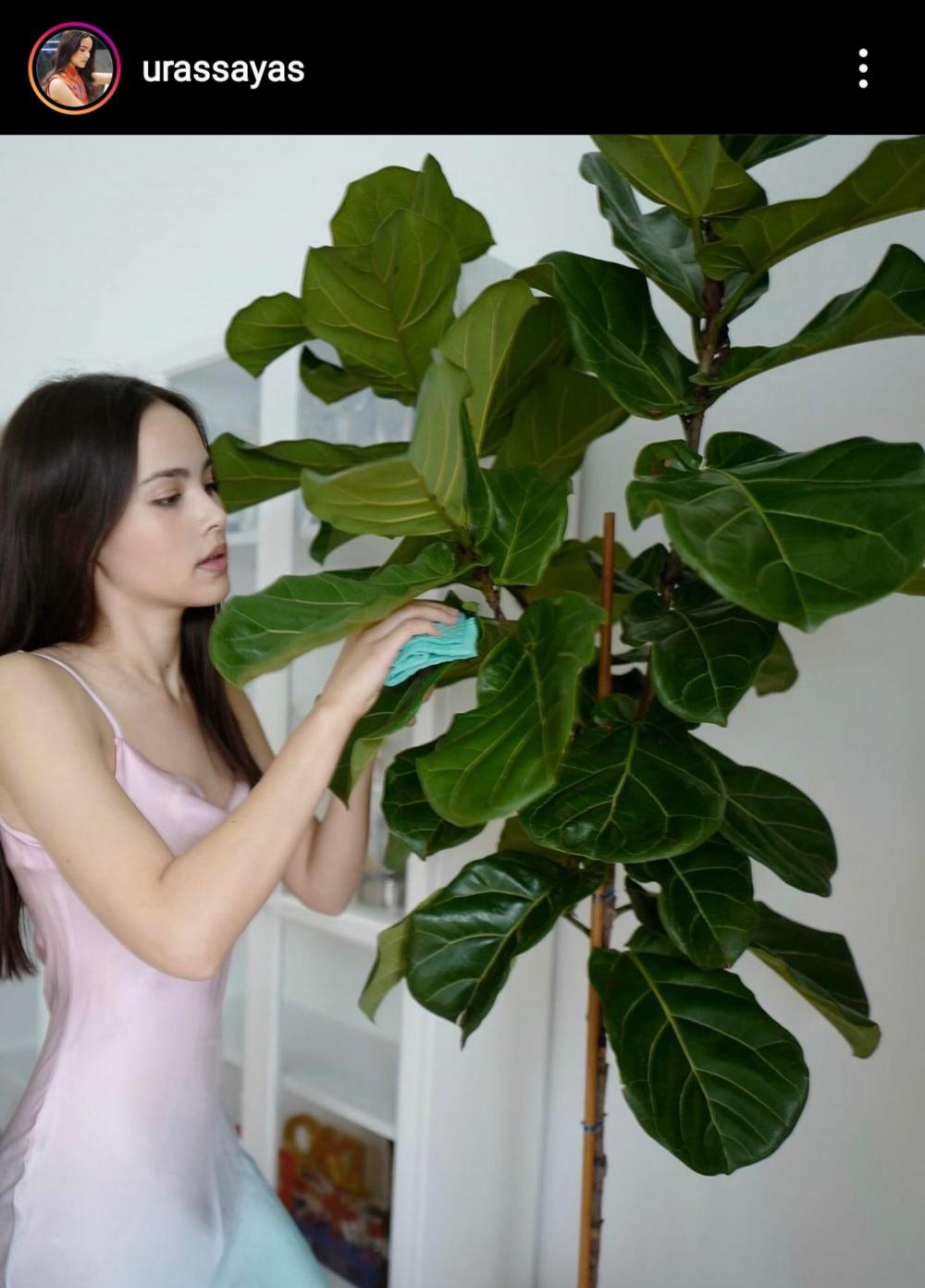 Actress Urassaya 'Yaya' Sperbund takes care of her houseplant in an Instagram post. Celebrities' social media posts have helped fuel the growth in demand for houseplants. (Photo: Urassayas via instagram)

The current boom in house plants began at the height of the PM2.5 pollution crisis. As people scrambled for air purifiers, many also turned to plants, believing they could help clean the air in their homes. When Covid-19 hit and people began to spend most of their time indoors, many more took to decorating their interiors with plants. According to retailers, another crucial factor in this surge in demand has been celebrities.

"During lockdown, celebrities were stuck at home too. When sharing photos of their lifestyles, fashions and food on social media, they started posting more pictures of their homes and their plants. The public then began to show more interest, asking what the plants were," said Naragain Phumchusri, co-founder of UrbanTree, an online potted plant shop. UrbanTree's Facebook page was established at the end of last year and now has over 17,000 followers.

"Everyone has their own home décor preferences. But having live plants adds to the green space. When humans see green, natural things, they feel comforted by them. Some people did start out buying the same plants that celebrities had, but eventually their own collections grew, as they added more plants to their home," she explained. 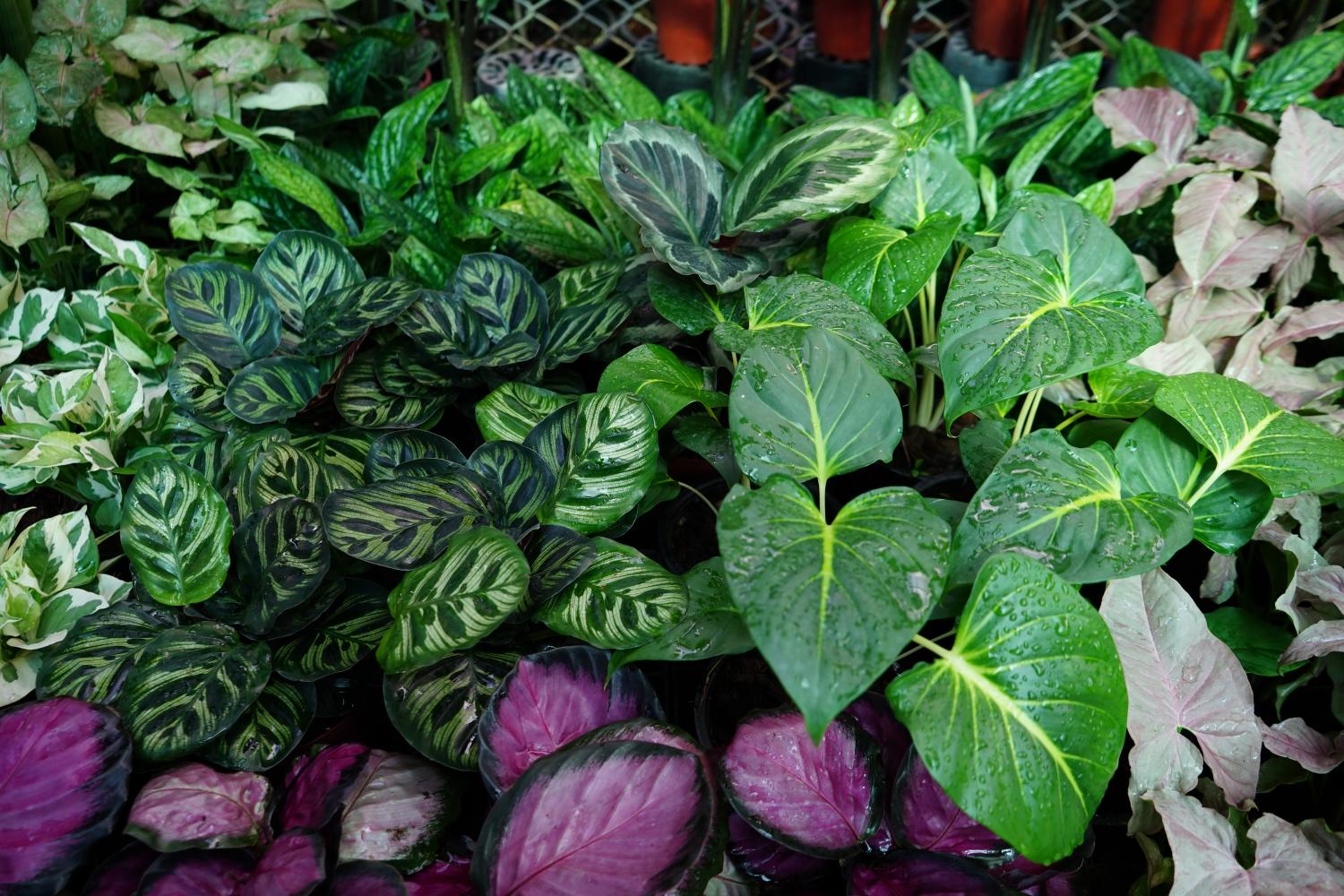 Houseplants come in many shapes, sizes and colours.

Some of the most popular indoor plants today include monstera, fiddle-leaf fig, rubber plant and philodendron. Growing demand has also had a positive effect on plant markets, helping them to recover after they were forced to shut for over a month during lockdown. Tik, a retailer at Suan Artnarong shop at the Garden Centre market in Bang Yai, said the market is now seeing more customers, even on weekdays. And on weekends especially, the traffic inside and around the markets can get very heavy.

"Most of the customers that buy from us usually buy for their own use. But there are also online merchants coming in to select plants for resale purposes," she said.

This rise in demand has resulted in a surge in price. Tik pointed to a small pot of pink princess philodendron that a customer had just bought.

As well as being coveted for their aesthetics, the plants are also known for their air-purifying qualities, among others. Some even refer to them collectively as ton mai fok agart, or air-purifying trees. Naragain said that the plants do help somewhat in this regard. But, obviously, they aren't as effective as actual air-purifying machines and it's unrealistic to expect plants to work on the same level. 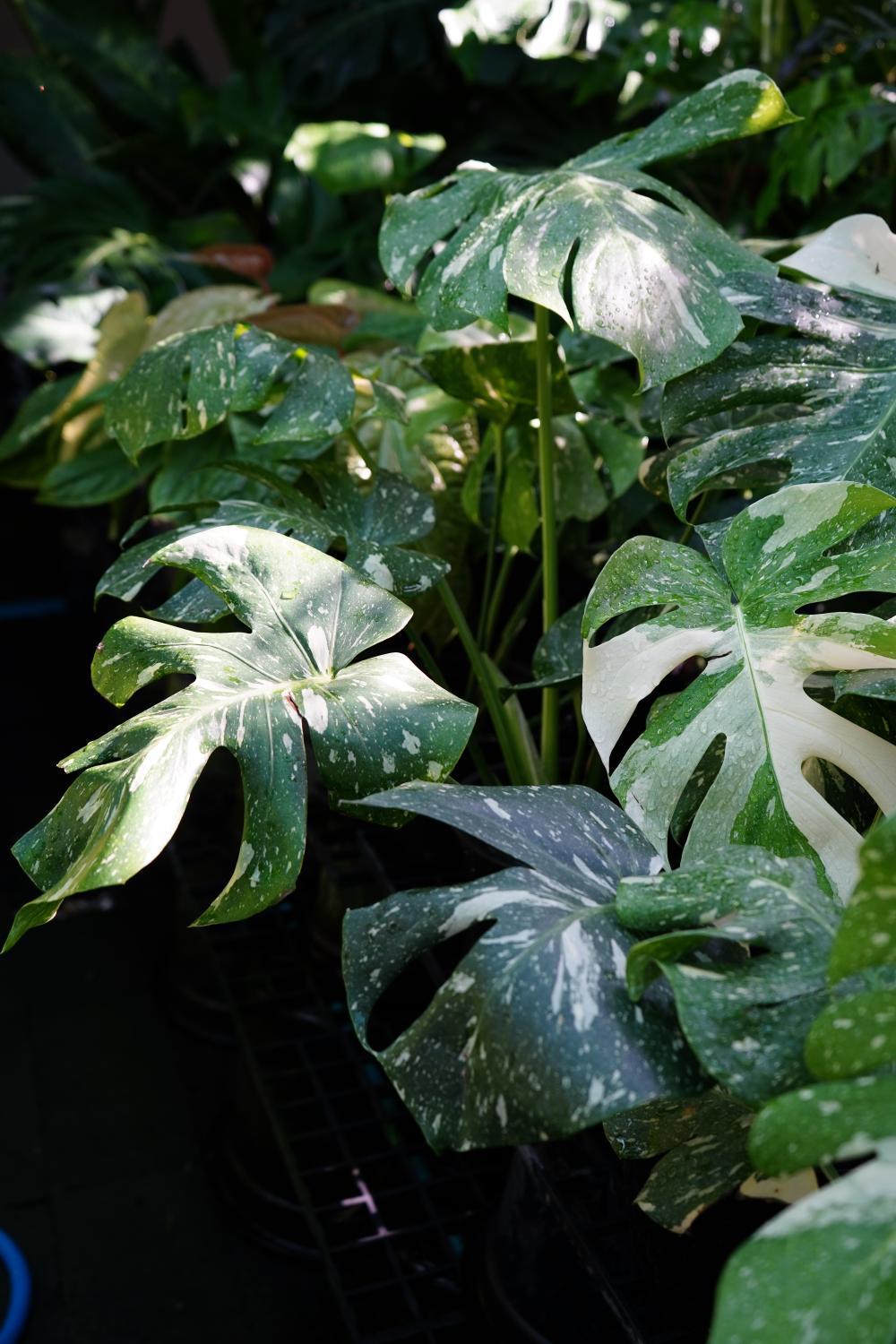 "I think these plants have more to do with people's happiness, which also comes from having more green space at home," she said.

With people putting plants in their bedroom, some raised concerns over carbon dioxide emissions, as many plants release CO2 at night. According to Naragain, however, the amount is very little, and is in fact less than the amount of CO2 emitted by a human toddler. Moreover, plants such as lin mangkorn (dragon's tongue, or snake plant) and peace lily release oxygen at night, making them great bedroom options.

For those thinking to hop on this green bandwagon, Naragain urges them to first read up on the nature of the plants they're planning to purchase. Some, like the snake plant and peace lily, are pretty easy to take care of as they don't need much sunlight or water. Others, like fiddle-leaf fig and rubber plant, require greater care and attention. 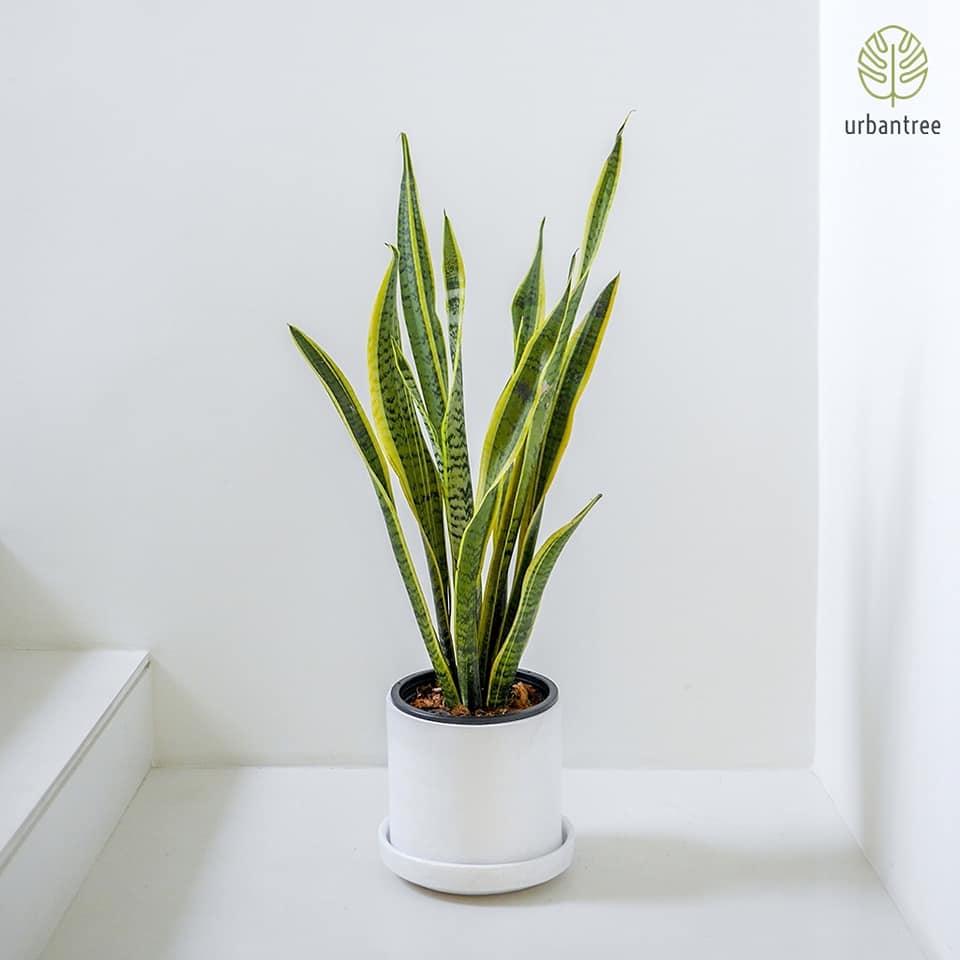 "Most indoor plants die because of overwatering. Contrary to popular belief, plants don't always need water every day. They only need water when the soil is getting dry. If the plants are indoors, with the air conditioning on, the soil won't dry out that quickly," she explained.

Tik added: "The trick is to just keep it moist, not wet."

Before spending their money, buyers should consider their own space first and decide where they want to place their potted plants. The flow of air and the amount of sunlight play a role in the plant's ability to grow.

"And even after buying one and placing it in your home, you have to continue observing it. If it sits in one spot and the leaves start to turn yellow, then you may need to find a new place for it. We don't always know straight away what the best spot is. So observe. If new leaves are sprouting and everything looks great, that place is suitable," said Naragain.

Indoor plants may be among the hottest trends to come out of lockdown, but both Naragain and Tik are aware that interest may start to fade in the future. "I don't think the trend will peak again, unless we unfortunately go into a second lockdown. Since lockdown has been eased, we've been experiencing a decline in sales. At the same time, we still have loyal customers who buy from us time after time," said Naragain. She also noted a shift in the trend, as more people are now seeking smaller-sized plants they can put on their office desks or give as gifts.

"There have been times when certain plants sold really well, and then demand disappeared. But some time later it came back again," said Tik. "These things just come and go."

Those interested can find plants at various online shops on Facebook and Instagram, as well as from markets in Chatuchak, Bang Yai and elsewhere. For online shops, Naragain urges buyers to read a lot of reviews before making a decision.

These are some of the best-selling plants of the season 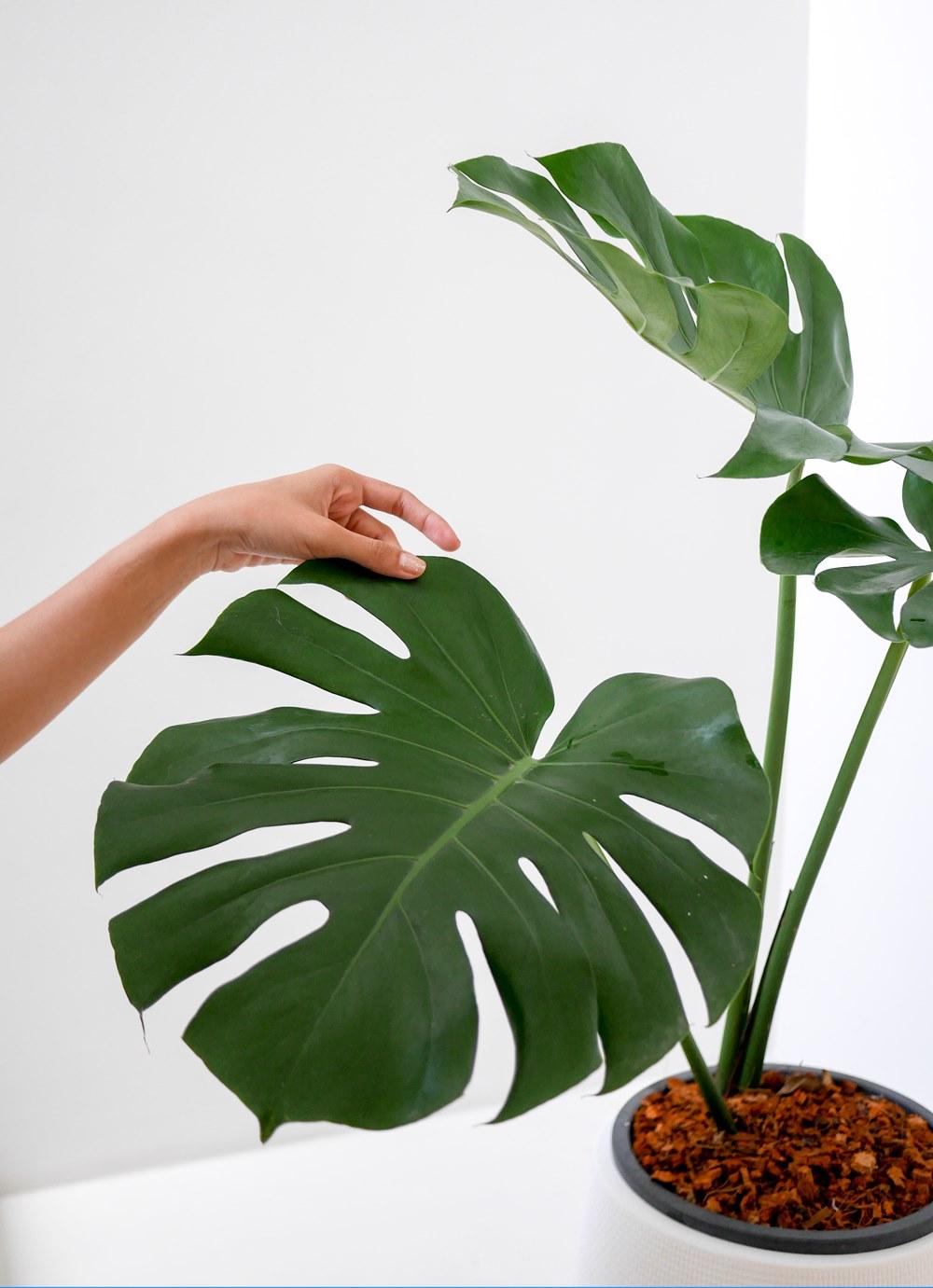 From a genus of almost 50 species, the most popular is Monstera deliciosa, nicknamed the Swiss cheese plant for the natural holes that develop in the leaves. It is generally easy to take care of. Wipe the leaves with water or polish them with olive oil a little to give them a nice shine. Its variegated version, with white leaves, are also popular, albeit pricey. 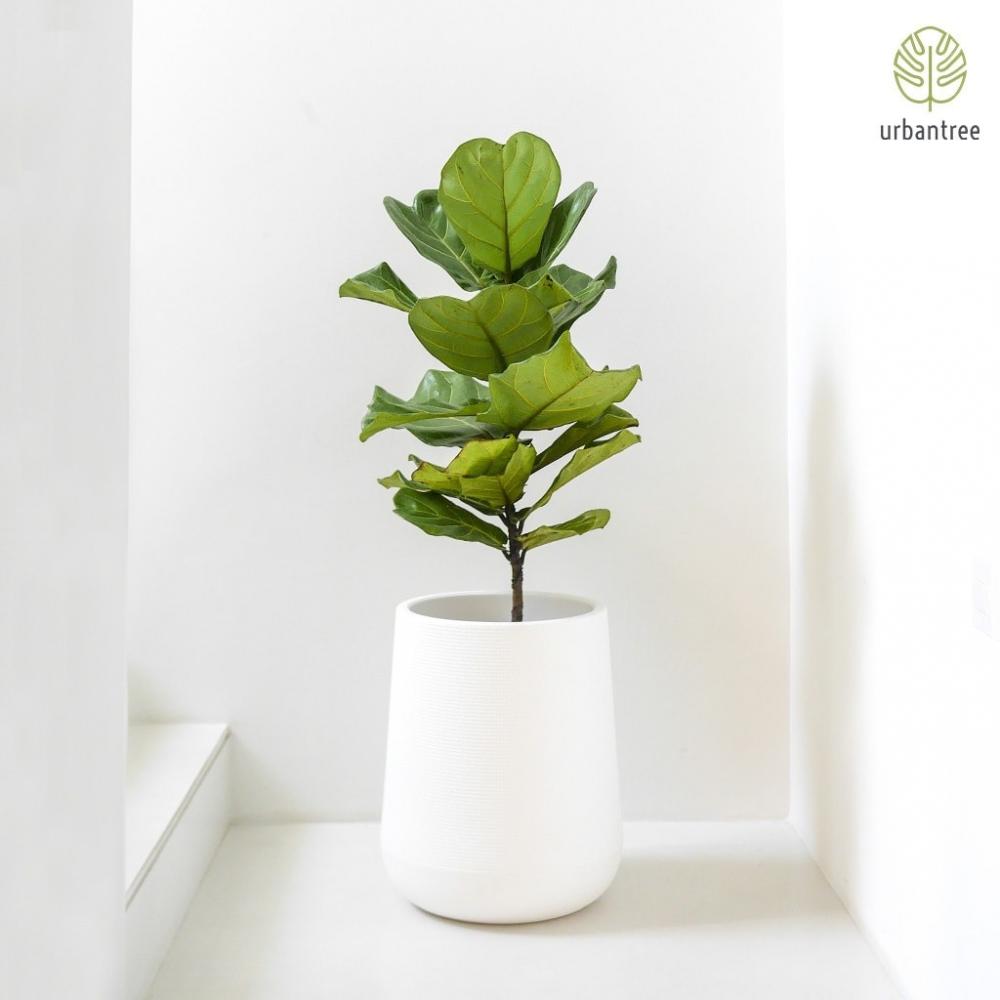 Known as sai bai sak in Thai, the fiddle-leaf fig, as the name suggests, has leaves that resemble fiddles or lyres. This plant requires a more advanced level of care, as it is sensitive to the amount of sunlight and water it recieves. These should be kept in moderation. 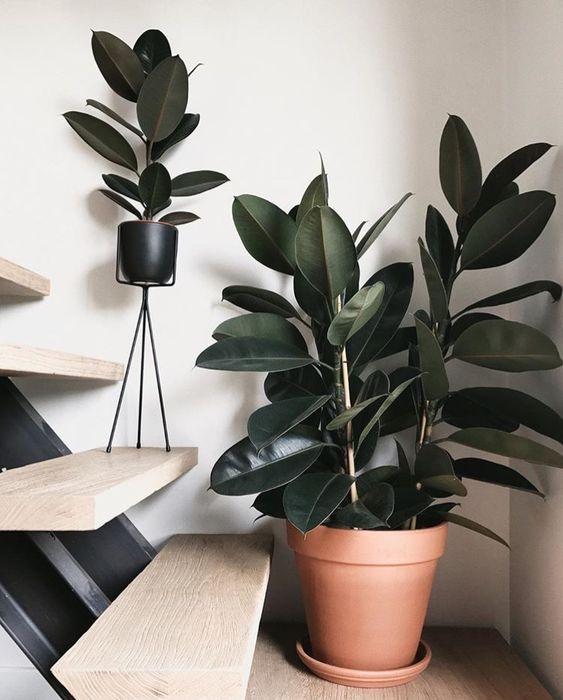 Known for its shiny, dark-green leaves, the rubber plant (yang India) is another popular houseplant option. Exposure to direct sunlight for long periods should be avoided as this can lead to leaf burn. As with the monstera, wipe the leaves with water regularly to maintain their brilliant sheen.