Three flowers -- Rafflesia arnoldii, Magnolia and Sundews -- which grow in different climes are blooming beautifully at an exhibition titled "Lost In The Greenland".

Even though these life-sized flowers are not real, they look authentic since they were created to perfection by papercraft artist Napaschol Tangnukulkit, aka Papeterie. At "Lost In The Greenland", papercrafts resemble more than 40 kinds of flowers from around the world that grow in three different forest zones -- tropical, taiga and temperate.

"Like humans, each flower has its own characteristic. The environment and weather they grow in can be noticed in their different characteristics. Since tropical forests are located in hot areas, the colours of flowers that grow in this climate are bright and their form takes on sharp lines with details. Meanwhile, flowers in taiga forests are tiny and their colours dull. Last but not least, flowers that grow in temperate zones, between the tropics and taiga regions, such as Japan, South Korea and Australia have pastel colours and their shapes and forms have more curves than tropical flowers," explained Napaschol.

Walking in a green room at the Jam Factory, visitors will be able to see papercrafted tropical flowers in glass containers on shelves in the room. The temperate flowers are placed in the middle of the room and some of them are showcased as dried flowers preserved in books while flowers from taiga forests are displayed on the wall. 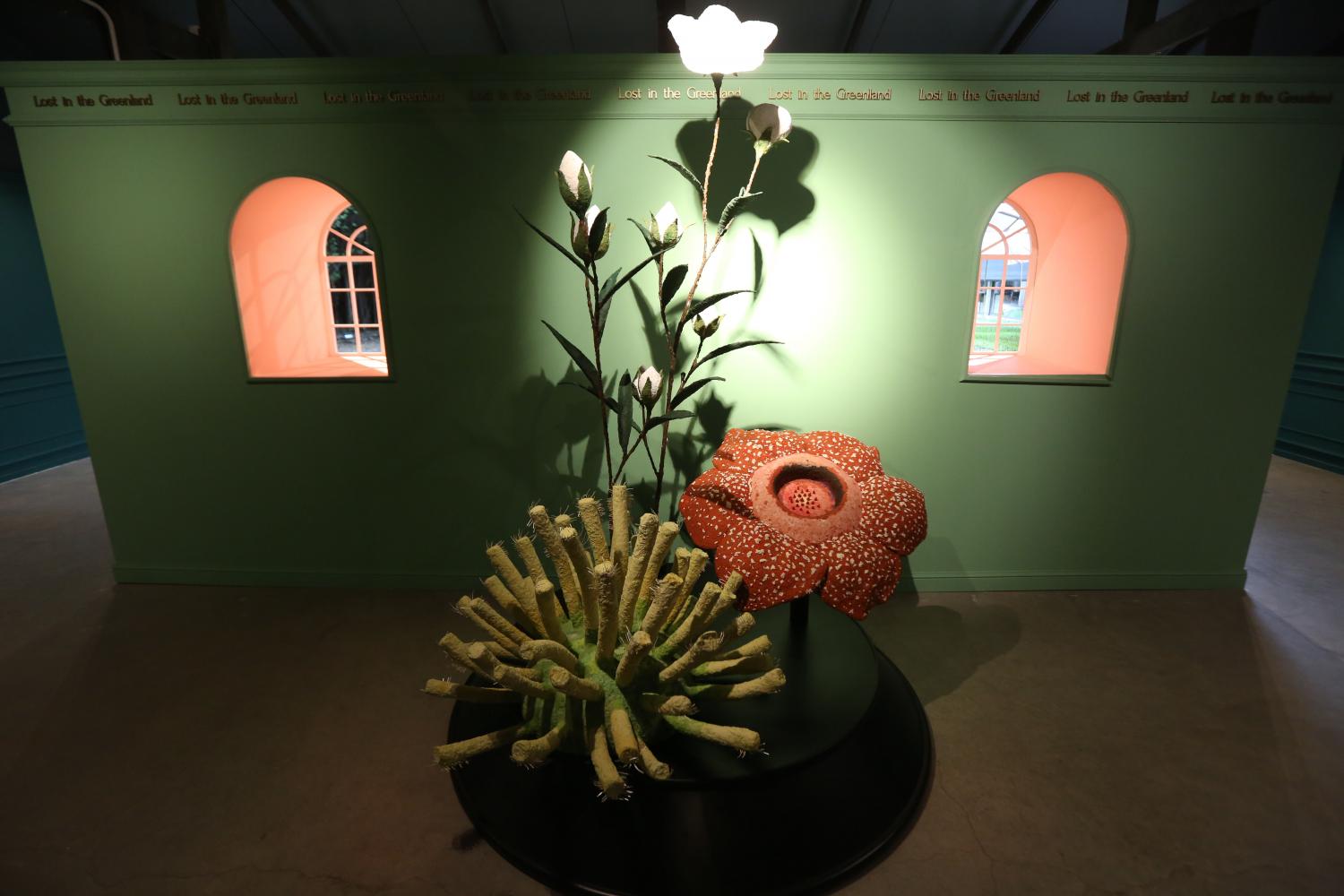 "The exhibition is called 'Lost In The Greenland' because I hope visitors will feel like they are lost in a world that I created. There must be a moment in everyone's life that they want to stop time and escape to another world. A partition has been installed to hide everything in the room so that so people can't view the exhibition from outside so that visitors who enter can concentrate and spend their time focused on the artwork," said Napaschol.

"The presentation of the three different forest zones in unique ways makes the flowers seem more interesting so people won't get bored easily. I wanted to create 3D flowers also and decided to make multicoloured tropical flowers in this form. Moreover, temperate flowers remind me of my childhood because their forms are lovely and these flowers often feature in fairy tales, which is why I displayed some of them in books. People also have the opportunity to see simple but detailed taiga flowers on the wall."

Napaschol had a special interest in paper since she was a sophomore student majoring in ceramics at the Faculty of Fine and Applied Arts, Chulalongkorn University. She once received a compliment from an instructor after designing a children's book and this inspired her to do more paperwork, which she then posted on her Instagram account p.papeterie.

After she graduated, Napaschol became a papercraft freelancer for a year but later decided to work as a floral designer at Planthouse where she discovered another passion of hers.

"Before working at Planthouse, I liked flowers but was not really into them. Most flowers at Planthouse are shipped from the Netherlands. I was happy to gain experience with flowers that I had never seen before. These flowers had unusual shapes and forms so I dissected them and got to see inside. This experience triggered my interest in flowers and led me to create more papercraft flowers.

"This exhibition is a turning point for me because it is the first time that I have worked as an artist. I'm ecstatic because through this experience, I can express myself and show my interests to the world," said Napaschol.

Although Napaschol is a papercraft artist, she hardly follows works of other such artists. She prefers looking at paintings and graphic design. Her favourite artists are from different fields such as Thai illustrator Phannapast "Yoon" Taychamaythakool, British textile designer William Morris, and Catalan architect Antoni Gaudi.

"I like these artists for different reasons. I don't have a favourite papercraft artist because I rarely go to those type of exhibitions. I find viewing paintings and graphic designs more fun and if I keep seeing papercraft designs, my mind may end up memorising them. My work is based on my own ideas and my interests at the time. I am not influenced by others," Napaschol said.

The 25-year-old artist developed the scissor skills required for this art form by herself. She compares scissors to the pencils of an artist. 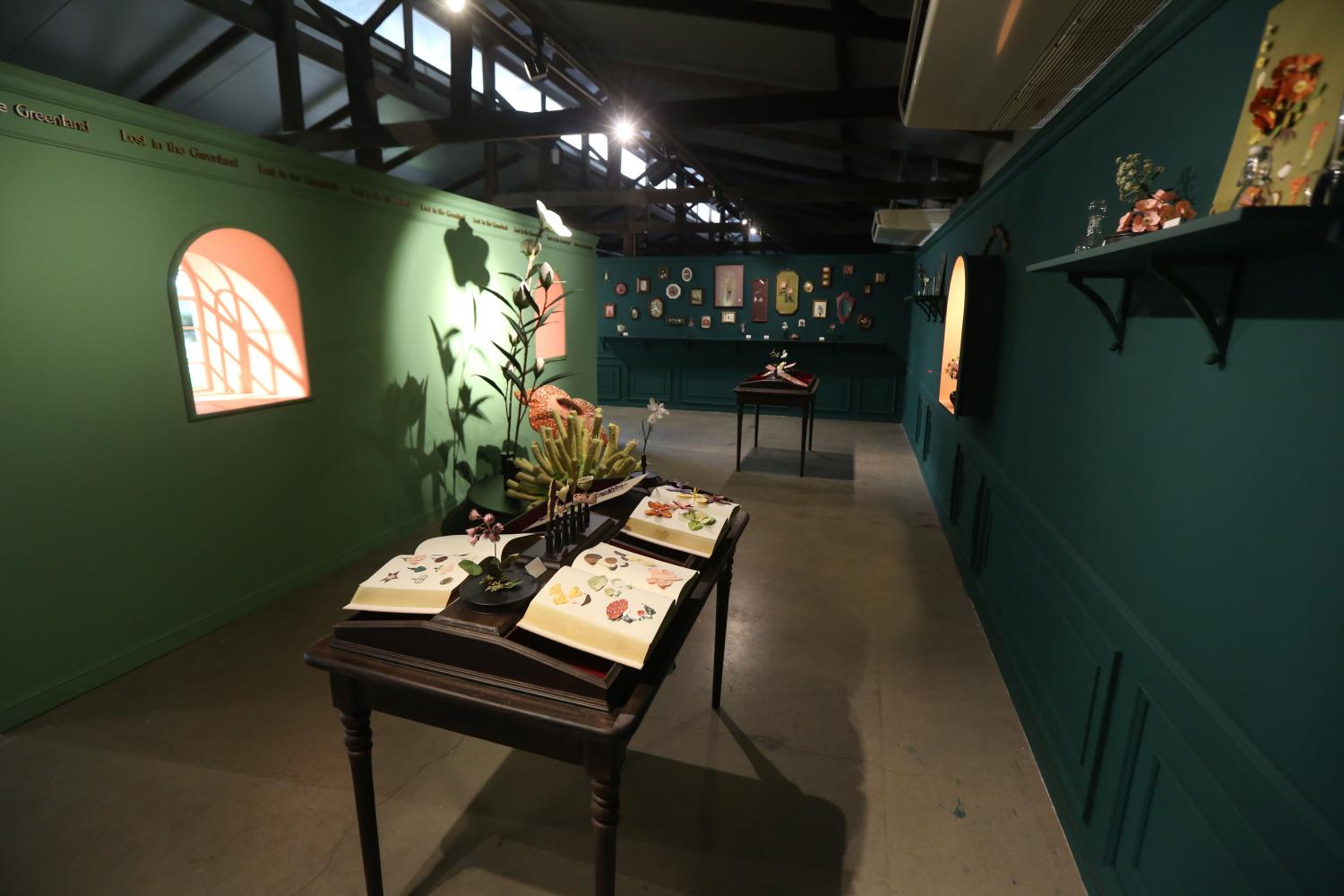 "If someone uses a pencil to draw every day, his/her skill will develop gradually. Likewise, I use scissors and create from paper every day. I don't have any special technique. It is more about familiarity. My first work didn't look like my recent designs and I had my own development curve, however, I began working on what I wanted to do and kept doing it until it came out the way I wanted," she explained.

Napaschol is an intricate artist. Her work consists of many tiny paper flowers with elaborate details. Among her many complicated and delicate papercrafts is Trochodendron, a plant from the temperate zone and also her proudest work.

"Trochodendron is my best work because it was difficult to complete. I don't think I could make something like it again which is why I have decided to keep this piece for myself," said Napaschol.

In addition to fine scissor skills, Napaschol challenged herself to create something using papier-mâché the first time. The successful outcome became highlights at the show which are three huge flowers -- Rafflesia arnoldii, Magnolia and Sundews.

All flowers from taiga forests are displayed on the wall.

"To make papier-mâché, people usually paint on papers but I decided to blend coloured papers with a blender and mix them with glue. Most of my works are small crafts but since I wanted to create something different, I decided to make these three sculptures. I haven't seen these flowers before but from my research, the Rafflesia arnoldii is a very large flower which can be found in Surat Thani," Napaschol said.

On Oct 17 at The Jam Factory, Napaschol will hold an artist tour which will allow visitors to chat with her. The young artist hopes that people will come to see another side of flowers at the show. She also has plans to begin a new project after this show ends.

"Flowers represent sweet and feminine characteristics but the flowers featured in 'Lost In The Greenland' can be playful and are in unusual forms. Since most of these flowers can't be seen in our daily lives, people will be able to see something they aren't familiar with. A visitor who studied botany told me that he believed these papercrafts were actual flowers. I enjoy exchanging ideas with visitors. In the future, I would like to create crafts about mushrooms because while doing research about flowers, I saw many intriguing mushrooms as well. However, right after the show, I will make a vase from many pieces of paper that were left behind in the process of making the papercrafts to avoid wasting them," said Napaschol.

"Lost In The Greenland" runs at The Jam Factory, Charoen Nakhon Road, until Oct 25. Admission is free. Visit facebook.com/TheJamFactoryBangkok or call 02-861-0950. 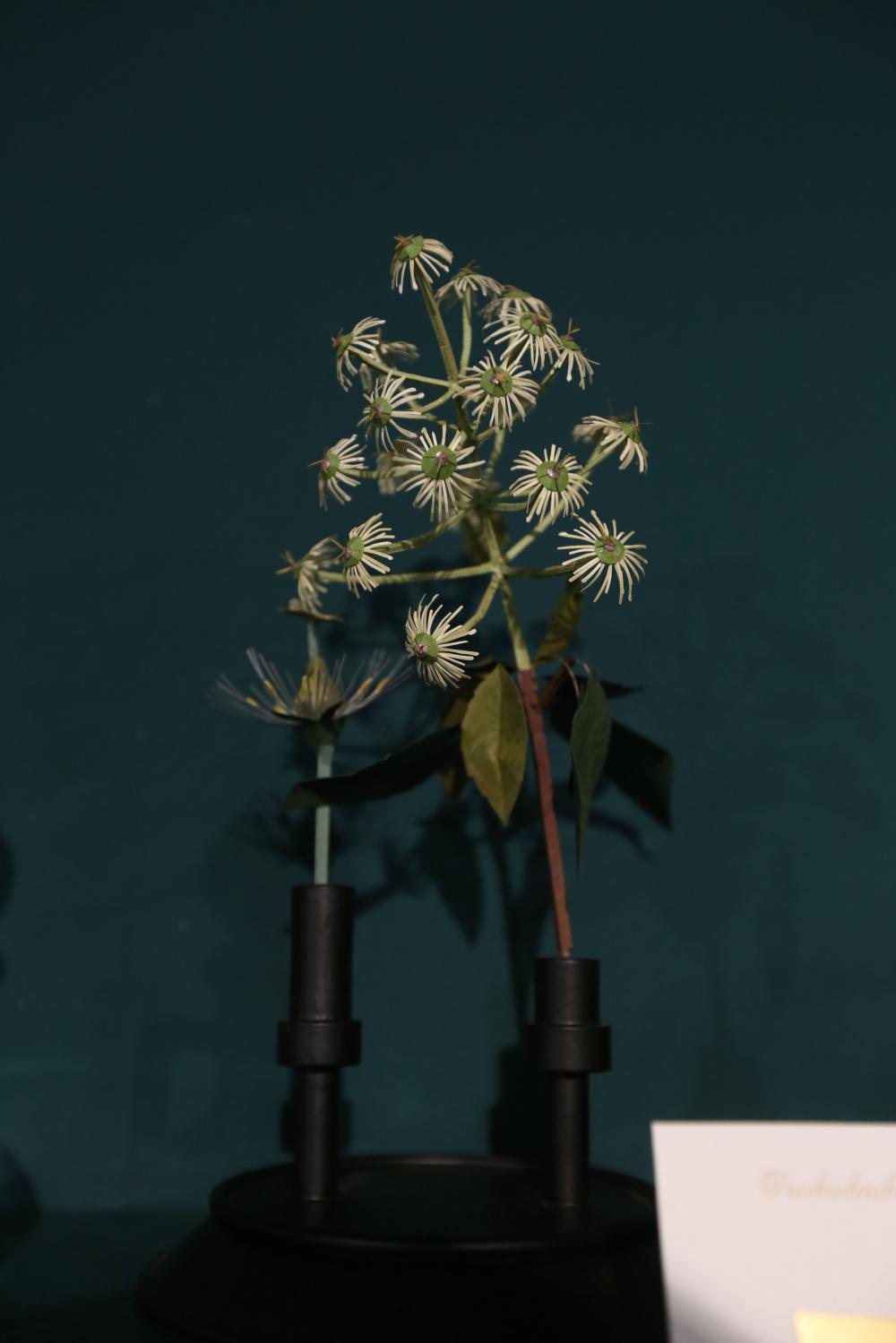