A taste of the Philippines
Life
Social & Lifestyle

A taste of the Philippines

If Filipino cuisine is what you're after, Viva Filipinas has got it all

Filipino cuisine is utterly delicious yet somewhat tricky because there are so many versions of each specific dish that you'll find all around. Take something like the well-known and beloved adobo, a dish that both Filipinos and non-Filipinos have fallen in love with. Adobo can be cooked with a variety of meats like chicken, pork and even squid, and depending on how you like it or if you're Filipino, how your mum or grandmother cooked it, you're used to adobo being dry and pasty or wet with a little bit of soup. There's not just one correct way to cook Filipino dishes so it may be difficult to please everyone. However, Viva Filipinas could be the restaurant in the City of Angels that changes all of that.

On the fourth floor of Akara Bangkok in Phaya Thai, Viva Filipinas' design pays homage to Filipino culture. From the hand-woven cushioned seats to the jeepney-esque grill station, the entire place is reminiscent of restos back in the Philippines where people would congregate and hang out. It wouldn't be a Filipino restaurant without music so it's no surprise there's a live band every Saturday night and an acoustic night every Wednesday. Their a la carte menu is a collection of classic Filipino dishes that either the homesick Pinoy would miss or a newbie to the cuisine must try, but they've also got a Wednesday night street food buffet, as well as a Sunday buffet which I was able to try. Being Filipino, I was obviously excited. 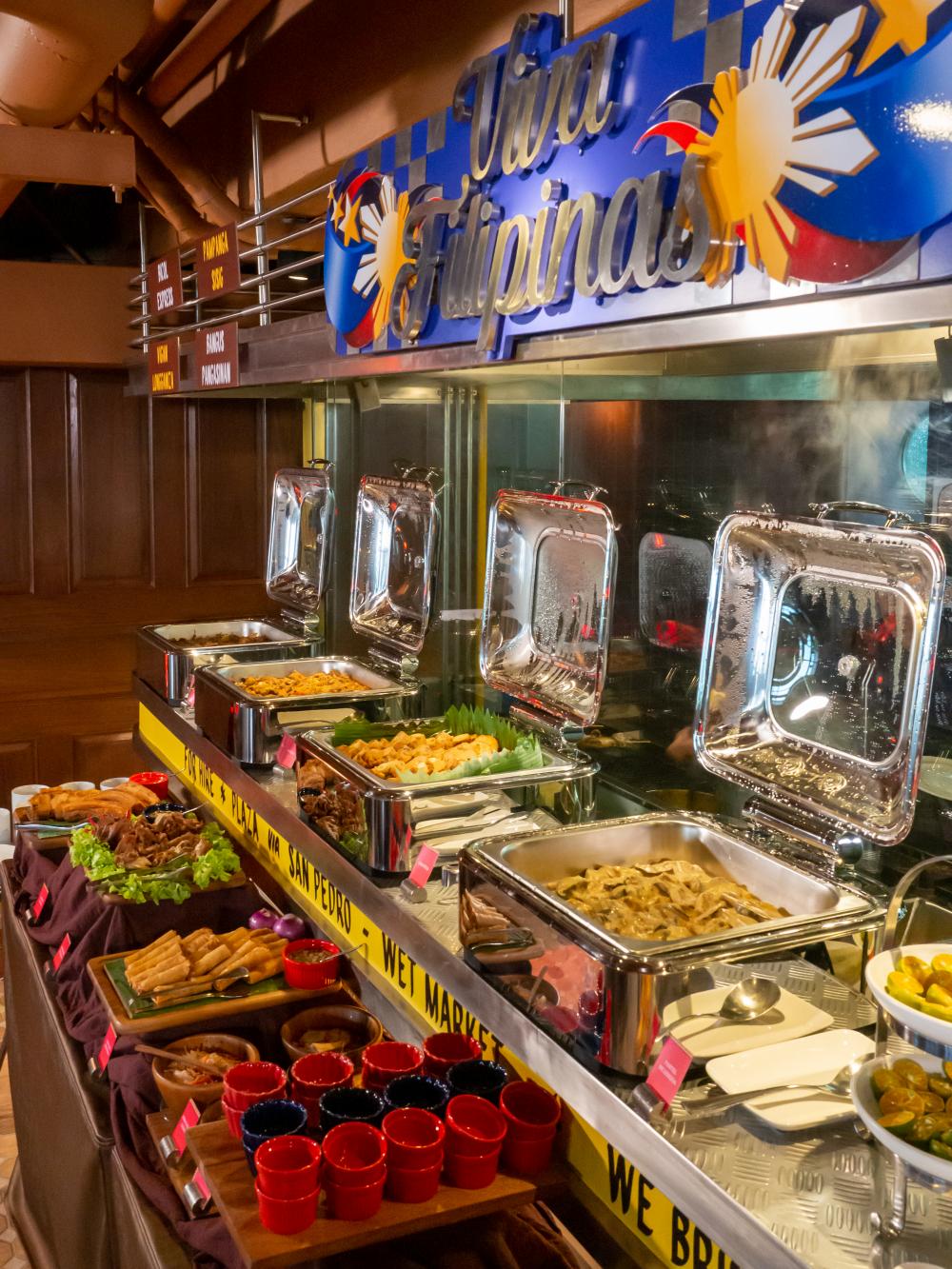 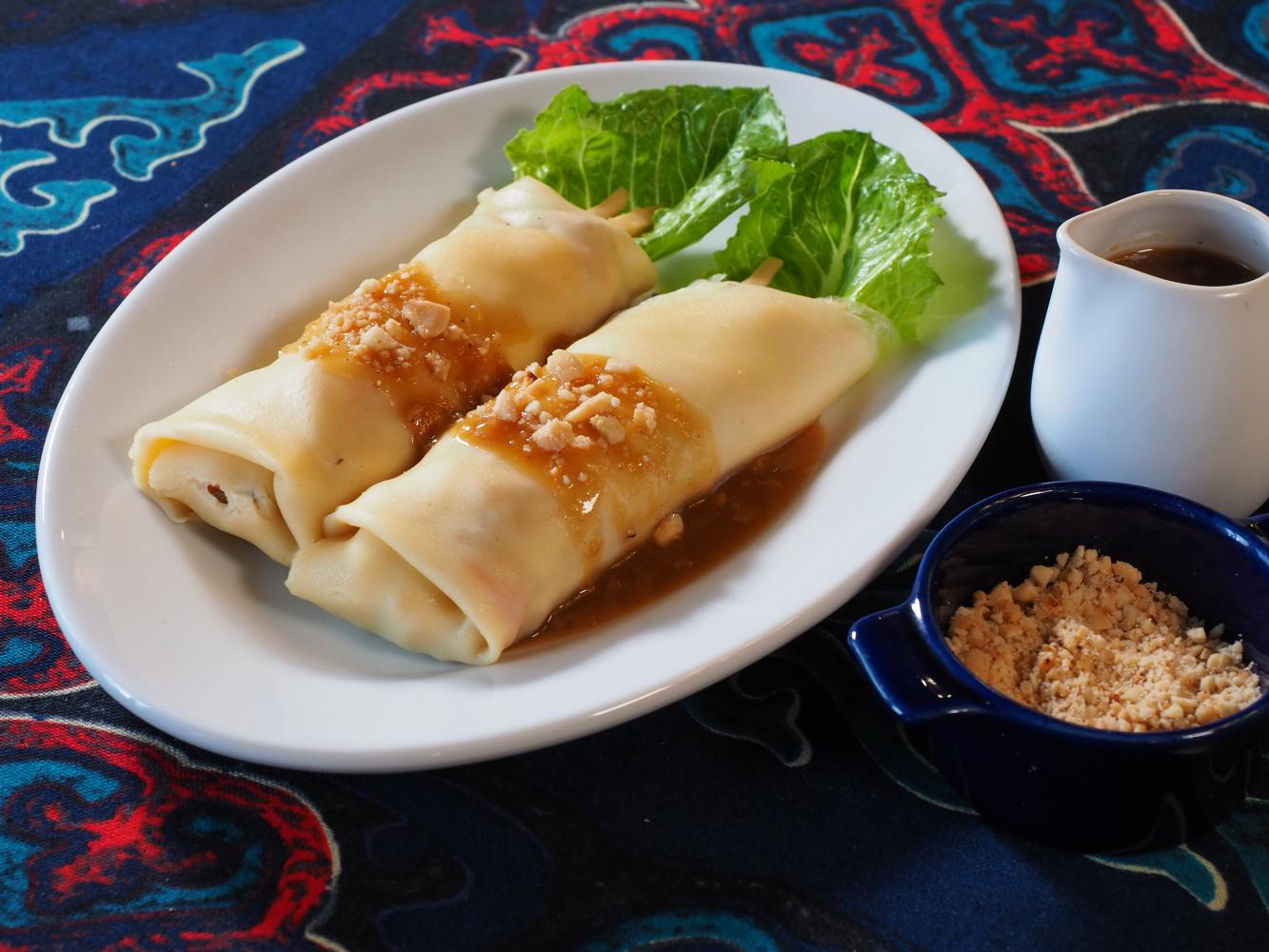 The spread of their Sunday buffet changes every week so don't be surprised if the dishes I mention here might not be present when you pay them a visit. The buffet menu is basically what you'd expect from a Filipino gathering or party, which is actually perfect since this is what Viva Filipinas is going for. Despite being located inside a five-star hotel, the restaurant aims to be homey and laid back. But don't get the wrong idea and think that the food is subpar. Delectable meat dishes like the iconic Crispy pata, which is deep fried and satisfyingly crunchy pork; Bicol express, a stew made from coconut milk with chillies and pork; and Filipino-style fried chicken with gravy, something that the friend chicken in Thailand lacks, are all dishes you'd want to eat with a helping or two (or three) of rice.

Additionally, there are grilled BBQ selections that you can order just by filling out the mini-form on your table, including Fresh lumpia, which is a variety of veggies wrapped in a thin-like crepe covered in sauce that's perfect for when you want to change gears from the meats. Not to be forgotten is the Salmon sinigang, the Philippines' version of tom yum, so that you can wash down all that you've eaten with some hot and sour soup. You can top it all off with a variety of desserts like the classic Leche flan, which is caramel custard that has a hint of honey giving this a unique twist from the traditional dish. There's also their version of the Mango float, complete with fresh mangoes and instead of the traditional Graham crackers they've used crushed almond polvoron that actually makes the dessert all the more tastier. At B899++, you've got a pretty good deal for this buffet. You can also opt for the B1,299++ option, which comes with a hour-and-a-half free-flow beer and wine. Plus, they're running a "Come 4, pay 2" promo so if you're planning to pay them a visit, now is the best time. 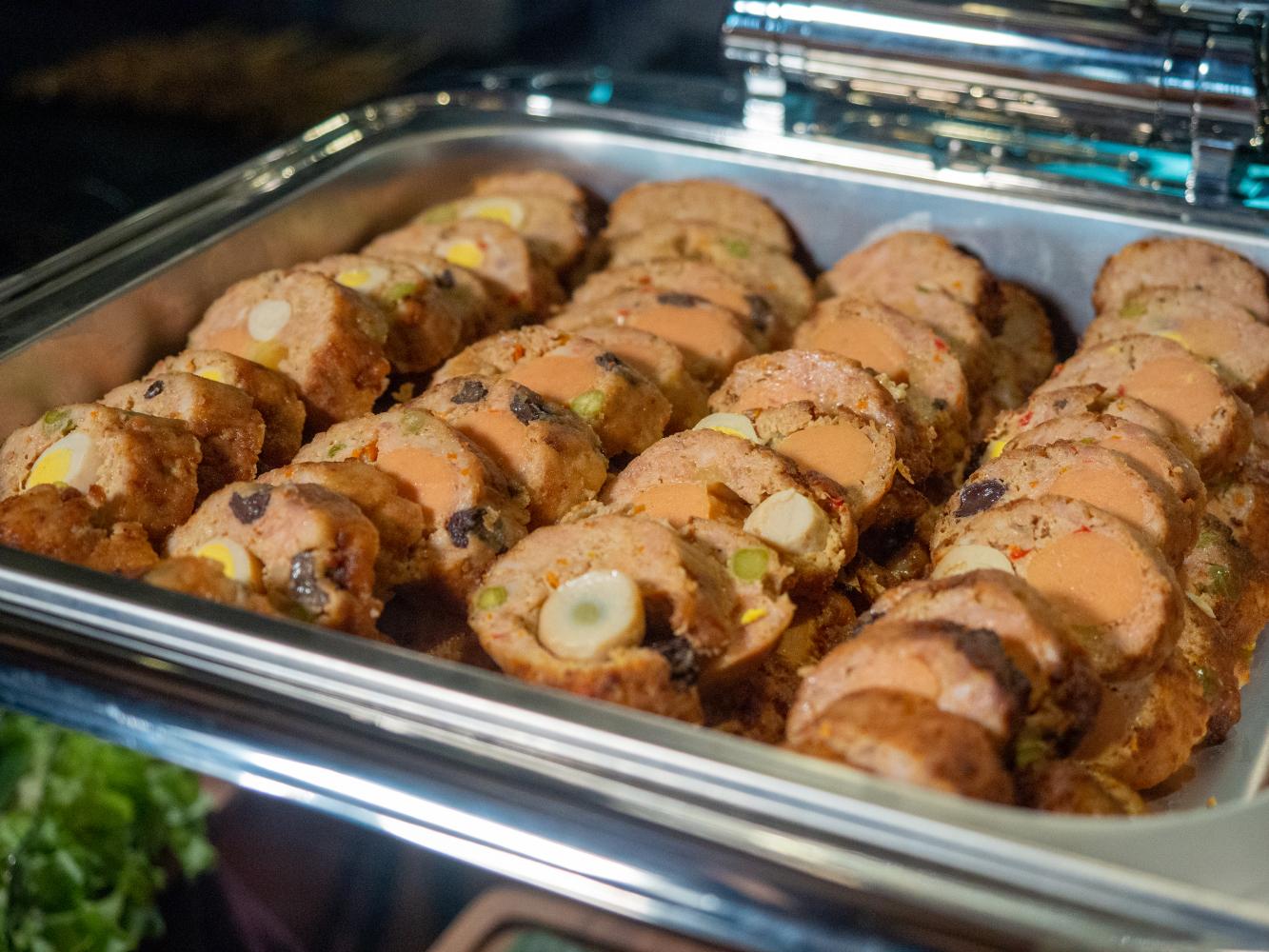 The buffet has a great spread but I didn't want to miss out on some other classic dishes that weren't part of the buffet menu or at least they weren't that day. Soft drinks can be ordered from the mini-form on the table but I decided to try out their Calamansi juice (B85++), a famous and beloved drink in the Philippines made from what could be considered the country's variation of manao, and it's basically the same thing I drank growing up. Finally, I couldn't leave without trying their Lechon sisig (B240++), pork mixed in with peppers and onions that's served on a sizzling plate and yet another dish or "ulam" as it's called in Tagalog perfectly paired with rice.

Viva Filipinas is the answer for homesick Filipinos that miss the taste and feel of home. There's no doubt that rocking out to live music while enjoying your plate of sisig will feel like home. But even for locals or just non-Filipinos, Viva Filipinas is a great gateway to introduce you to the various tastes of Filipino cuisine. Whatever the case, make sure you wear loose pants.