Two years have passed since the breathtaking cave rescue in the north of Thailand. The incident was big news nationally and also transfixed millions of people worldwide who watched an impossible real-world rescue mission unfold for the Wild Boars junior soccer team who were trapped deep inside Tham Luang cave in Chiang Rai Province. 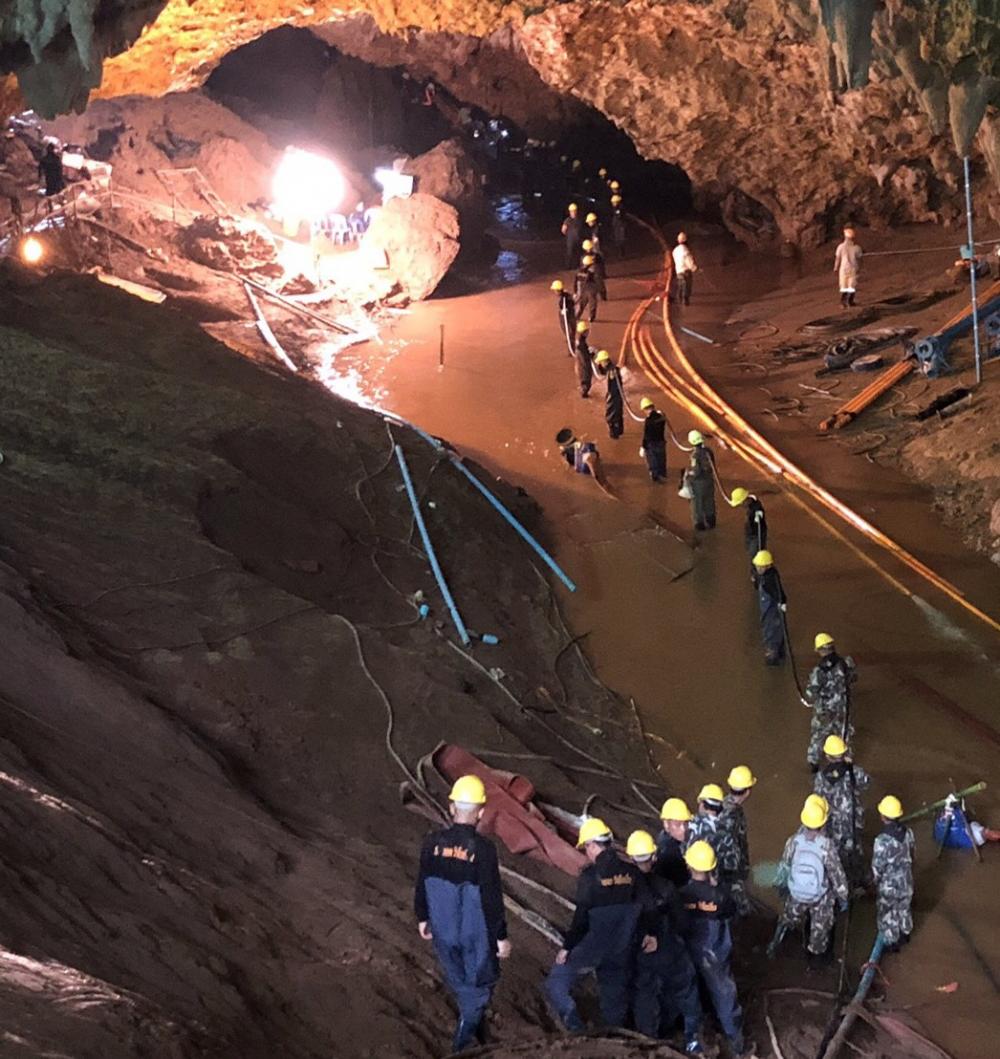 The rescue operation at Tham Luang cave to save 12 boys and their football coach. ROYAL THAI ARMY

Over two fraught weeks between June and July 2018, volunteers descended on the site while military personnel, engineers, medics, diving teams and other rescue experts from across the globe vowed to help in the life-saving mission. The courage and sacrifice of every rescuer, the strong faith and unity of the 12 children and their coach impressed and inspired many people around the world.

At that time Christina Soontornvat, a Texas-based Thai-American engineer, writer and author of the children fiction books Diary Of An Ice Princess series, The Changelings, and A Wish In The Dark, was visiting her family in Chiang Mai when the Wild Boars went missing. Inspired by the phenomenon, the writer decided to tell the extraordinary story in her first non-fiction book titled All Thirteen, which was released in Thailand last month. The book combines first-hand interviews of team members and rescue workers with in-depth science and details of the region's culture and religion. Meticulously researched and generously illustrated with full-colour photographs, All Thirteen shows readers how the world came together for this momentous life-or-death mission and the most ambitious cave rescue in history.

To shed light on the event and discuss the making of the book, Life spoke to Christina via a Zoom interview. 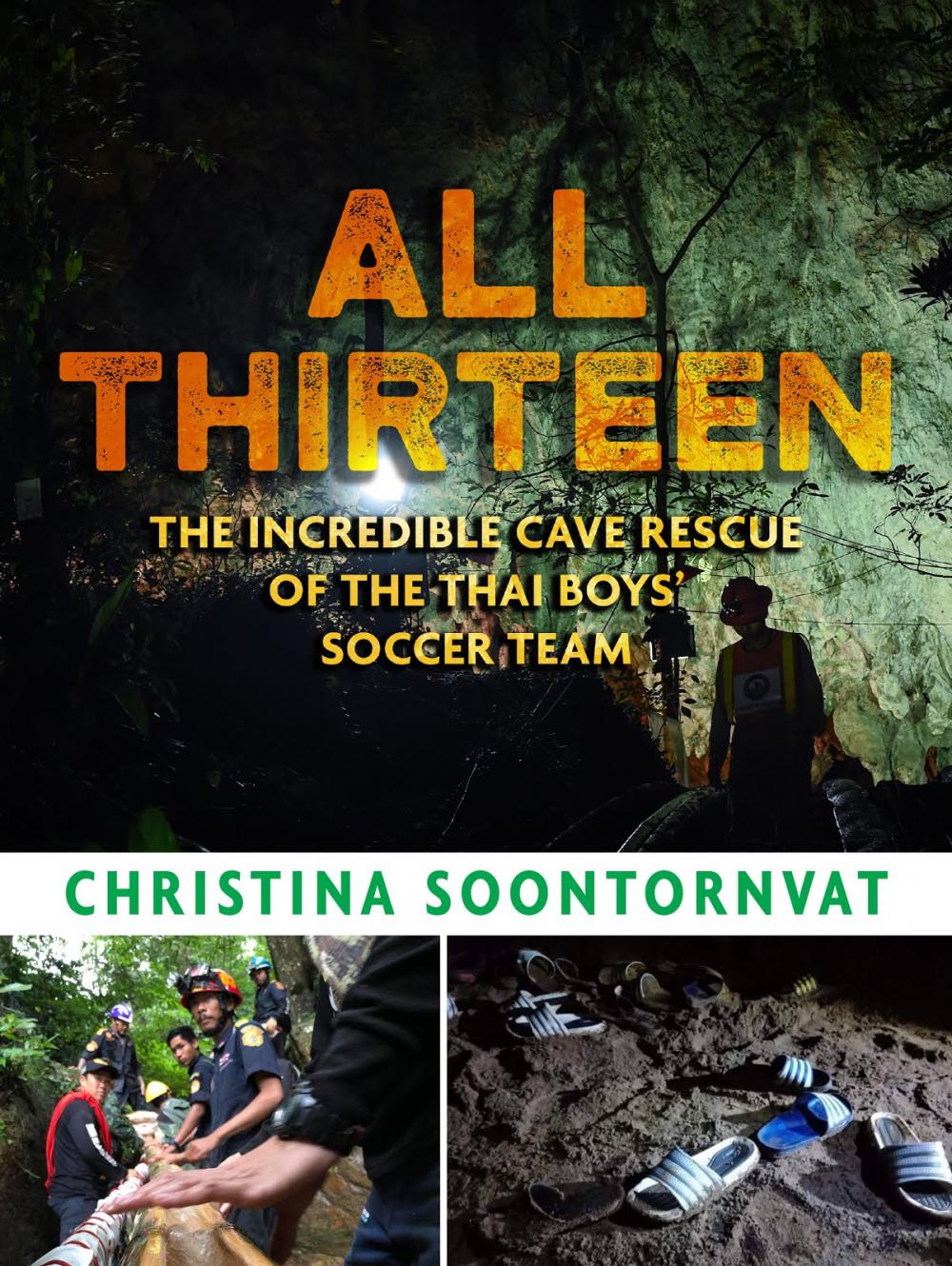 First of all, how's day-to-day life in Austin, Texas regarding the ongoing lockdown?

I believe the situation here is much worse than in Thailand. My father is actually living in Bangkok right now and I talk with him often. He told me that things are going okay in Bangkok but in Texas, we have a lot of cases. Most of our schools are still closed, including my children's so at the moment they are learning online. So, we still have a long way to go. However, in my case, every day is not that different because I am a writer, so I work from home. When you go out, people are wearing masks and the city where I live is quite good about this, however, this, unfortunately, isn't the case everywhere you go in the state.

Is it true that you were in Thailand at the time the children went missing? Can you recount what happened at that time?

Yes, I was in Thailand the whole time visiting an uncle and some cousins in Chiang Mai. I remember seeing the story on the news. While it started off as just a small story about this soccer team that went missing, I saw the news slowly get bigger and bigger and pretty soon it was on television everywhere and everyone was talking about it. In fact, my whole family was talking about it when we went to a restaurant, including the waiters. Everybody was really so involved in the story. 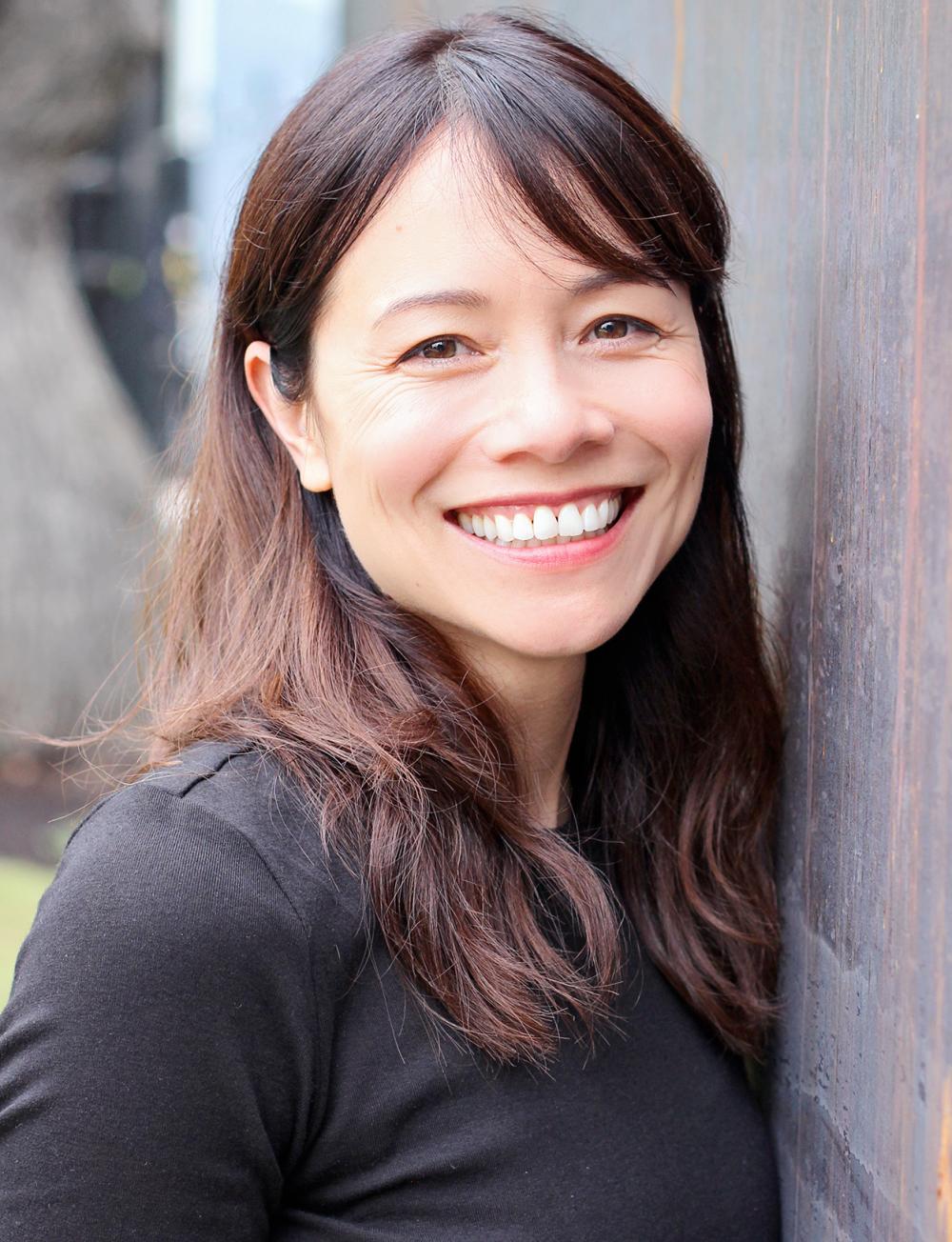 What inspired you to write a story about the rescue?

It was after I returned to Texas just as they were pulling the boys out of the cave. I got to see both sides. I saw the story from inside Thailand and then how the media in America was covering it when I got back home. It was fascinating because in America, most media focused on British divers. While I know they were very much heroes, I felt like I wanted to focus on a story that included Thai rescuers and share more about Thai culture and understanding. Why was it essential that Coach Ek [Ekkapol Chantawong] was ordained and how did that help the boys inside the cave when they were trapped for so long? So, that was sort of my motivation. I really wanted to tell this story of the kids and I wanted to include all the beautiful things that I know about Thailand that I think was an essential part of the story.

Can you tell us more about the research process to get information, interviews and all the photographs you put together in the book?

A couple of months after the incident, I came back to Thailand again. This time, my father went to Mae Sai district with me so he could translate all the interviews because I don't speak Thai [laughs]. I remember the first person I met was a British cave expert Vernon Unsworth. Although I only had one interview with him, he introduced me to many of his friends who were rescuers and so I got to interview all of them. They also took me to the temple where the boys became monks so I got to meet the head monk at the temple and the boys' families as well. Due to these connections, I got to interview people who were there from the very beginning. They also shared with me photographs, which they said I could use in the book, so I was lucky to have all of the pictures from when the rescue began.

What kind of content features inside All Thirteen or what is the writing style you used to tell their stories in the book?

I wrote it in a style to make the readers feel as if they are there living every moment. I go back and forth. I start with the day the boys went missing to the day they were rescued and tell two stories -- the boys who are underground waiting to be found and the story of the rescue happening up top. So, the story bounces back and forth between both of them. I also talk a lot about the science and the engineering that was involved in the rescue because that's part of my training. Also, part of what was so interesting to me was that there was so much complicated engineering and thinking that went into how to get the boys out. When they were trying to manage the water, they were actually trying to pump the water out of the cave, so I talked a lot about that as well. Like I said, there are photographs every few pages, so it's a very visual story. When I talk to children, I tell them that I couldn't possibly have made up a story any more exciting or any more thrilling than this story. This story has all the elements of being something great.

As this is your first-ever non-fiction book, did what happened in Tham Luang cave spark your desire to write one or was it something you had in your mind all along?

No, I never dreamed about writing a book like this. I think I was very nervous to write it [All Thirteen] because it was my first time and it was such a big story. I really felt a calling because I'm Thai-American and I wanted there to be an English book that really told the story of Thailand. So, I felt like I had to go for it because it was such a huge opportunity and I couldn't let it go by. I felt like I had something important that I could bring to the story. 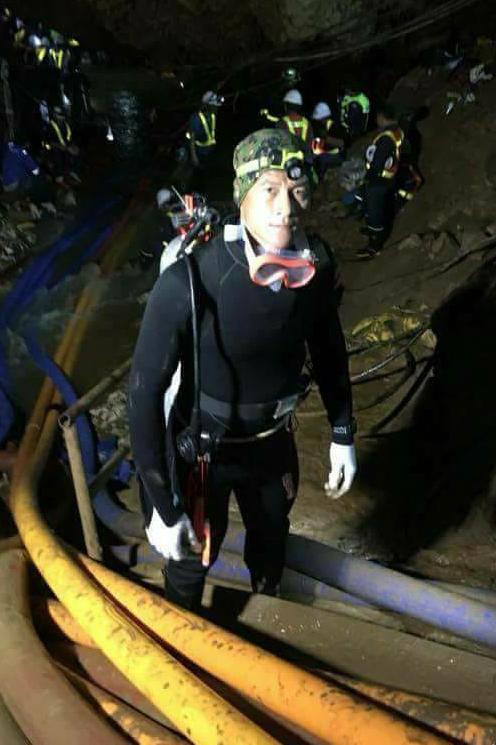 The book is also dedicated to Thai Navy Seal Sergeant Saman Gunan who died during the operation. ROYAL THAI NAVY

Will All Thirteen be available in the Thai language?

The English version book has been available in Thailand since Oct 13, as well as an audiobook. It is being narrated by a Thai-American narrator who is fluent in Thai. We have not yet sold the translation rights in Thailand but hopefully, we will do that soon and then it can be translated into Thai.

From everything that has happened, in your opinion, is there any moral lesson we've learnt from the incident?

Well, I had the opportunity to meet the boys and their coach and after hearing their story and learning what happened to them, I really don't think it was their fault. They just got incredibly unlucky. The cave should not have flooded at that time and it should not have been such a dangerous excursion for them to take. There are so many people who've gone in and out from that cave and done exactly what they did but they never got trapped. They were devastated when they learnt that Thai Navy SEAL Saman Gunan died trying to rescue them. This affected the way they behaved afterwards by going to the temple to become novice monks to show their respect and gratitude. When I met them, I felt like they were very respectful and humble, and that they had learnt some big lessons in that cave. The book All Thirteen is also dedicated to the memory of Saman Gunan and also to my father Amnaj Soontornvat.