A netizen who posted about his brush with an aggressive young motorcyclist on a city footpath who threatened to do him harm has come under fire for seeking internet fame. 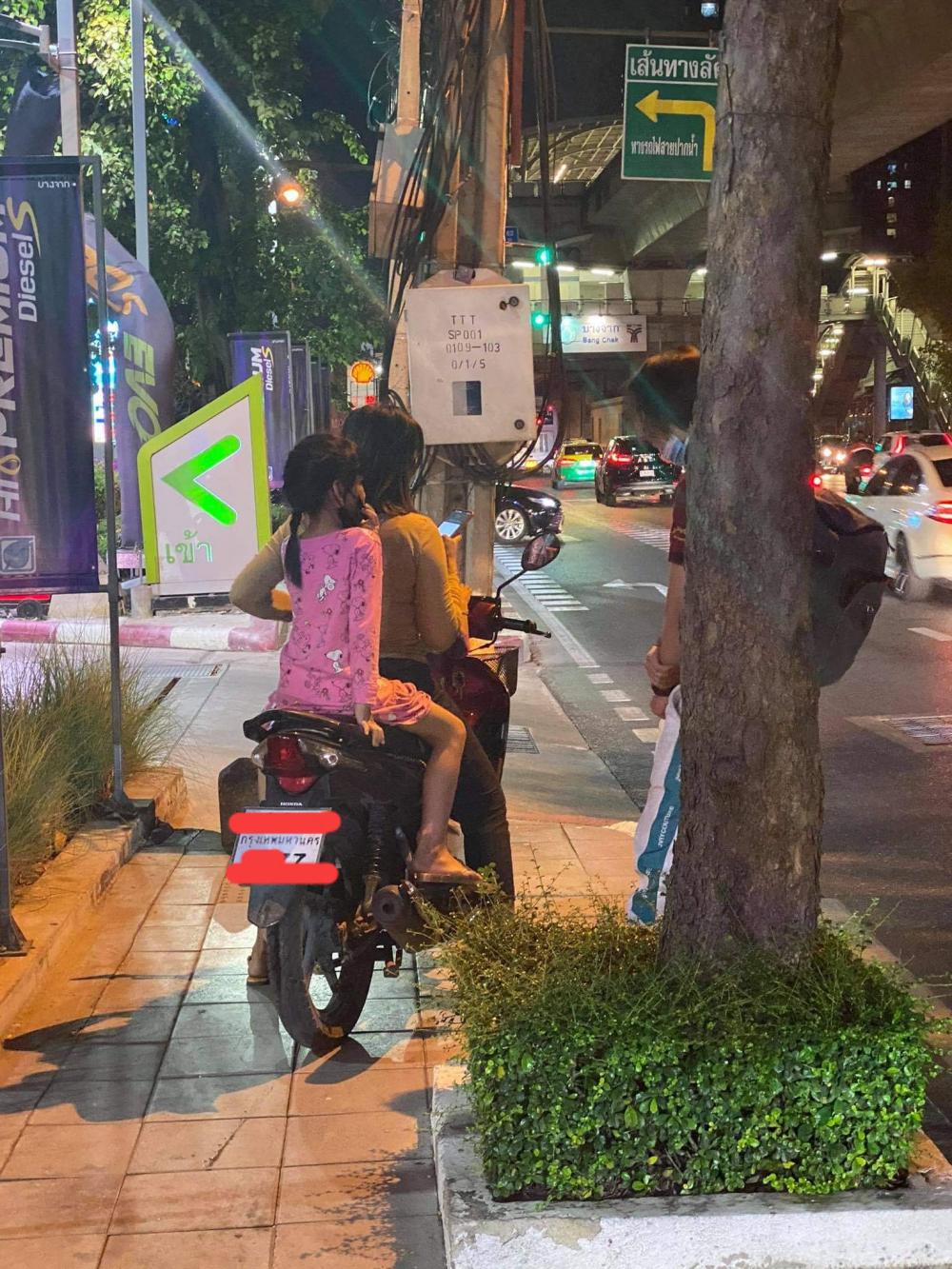 The woman mounted a city footpath on her motorcycle.

Methus "Soma" Kongkrapan, who left an account on Facebook of the Jan 7 incident in soi Sukhumvit 62, Phra Khanong district, said he refused to make way for the woman on the bike as she tried to make her way past him on the footpath, with the result her motorcycle grazed his leg.

He said the woman mounted an aggressive defence of her decision to travel on the footpath, which is illegal. Her young daughter, who accompanied her on the bike, looked unsettled as her mother escalated the rhetoric, Mr Methus said.

"The woman asked me why I didn't show some kindness in dodging her bike and asked her boyfriend to come to her aid," he said, in a post shared 8,000 times and drawing 1,000 comments. He admitted he expected to be set upon by a gang of her angry friends.

Many of the remarks were sympathetic, with some urging Mr Methus to lay a complaint with police. They also praised the entertaining way he told the tale. The saga drew media coverage including interviews on TV.

Some Thais, however, took umbrage at his stance, with one, calling herself Muay Lek, accusing him of seeking media attention. She said he should have made way for the motorcycle without causing a fuss.

She also accused him of being a "beautiful world" type -- keen on lecturing others about the rights and wrongs of traffic law but seemingly unaware that people might have good reason for doing the things they do.

"I see you have enlarged your original post, you animal. You have too much time on your hands. You just want fame. You're a beautiful world type...all you had to do was make way. It wouldn't have killed you," Muay Lek wrote, slinging off an insult about his looks for good measure.

Mr Methus replied with good humour. "You're as base as the woman I met in the soi. You'd get along well. It's no surprise you would respond this way."

He put up a new post highlighting his back and forth with Muay Lek, as his FB fans urged him to lay a defamation complaint against both her and the motorcyclist.

Back to the soi, Mr Methus said he was standing talking to his girlfriend when the woman on the motorcycle mounted the footpath and went past.

She bought a bread snack from a nearby shop. Returning the way she came, she grazed his leg, as Mr Methus refused to move. When he gave her a filthy look, she asked why he didn't budge first. "You're blocking the path, why won't you get out of the way," she asked.

"Is this a place for motorcycles? Why should I move?" he responded.

"Ah! Are you a real Thai?" she replied, as if surprised at his remark.

"If I am wrong the police themselves can catch me. You have no heart!"

Mr Methus said the motorcyclist, having stopped her vehicle, found she could not go forward, as her path was blocked by a concrete block which the city had installed in the footpath to discourage motorcyclists. Nor could she reverse, as the path was too narrow.

"People could see she had lost face as she got off so she could spin the motorcycle around. She went back the way she came, revving the bike as if she wanted to hit me again.

"We stood there laughing at how slow she was. Someone walked by and had to jump out of the way. She was still abusing us loudly. We added fuel to the flames, telling pedestrians, 'Look at her, God knows what is wrong with her'."

They walked past and joined in, asking the woman: 'Are you mad, what's your problem?' he said.

Adding insult to injury, Mr Methus took advantage of the opportunity to teach her daughter, who was riding behind her mother on the bike, not to break the law as her mother had done. "Little one, do you know it's illegal to drive on the footpath? Don't go and do what your mother has done. Your teacher tells you these things, right?" he asked. She nodded her head and said her teacher had indeed taught them it was wrong to ride on footpaths.

This angered the motorcyclist still further. "You reckon you're this smart? You'll have to be smart all the time," she growled. The woman parked at a petrol station about 15m away and called her boyfriend for help. "I have someone here annoying me. He blocked my way and had a go at me on top of that. Bring everyone you can," she said, no doubt hoping Mr Methus would get his just deserts for having such a smart mouth.

Mr Methus said a tall man with tattoos turned up soon after, just as he was wondering where the CCTV cameras were positioned in case the incident resulted in a punch-up. She spoke to him and the man approached Mr Methus on the footpath, his girlfriend in tow.

"What sort of buffalo are you? What gives you the right to instruct my child?" she asked. Her boyfriend, however, took a more conciliatory tone, much to Mr Methus's surprise. "Enough. Let's both take a step back," he suggested.

Mr Methus spelt out his position, saying the woman mounted the footpath illegally, and started abusing him first. "We are not the same but we have to inhabit this world together," the man replied philosophically. "Don't mind her." With that, he took his girlfriend away, Mr Methus said. His own girlfriend sent an image of the woman on her bike to police, who have appealed for sightings of motorcyclists on footpaths. He said he is looking forward to them fining her.

Prising it from the corpse's hand

Relatives of a net idol who died in a motor accident last week have more bad news to deal with -- someone took the victim's phone from the accident scene and transferred money from her account. 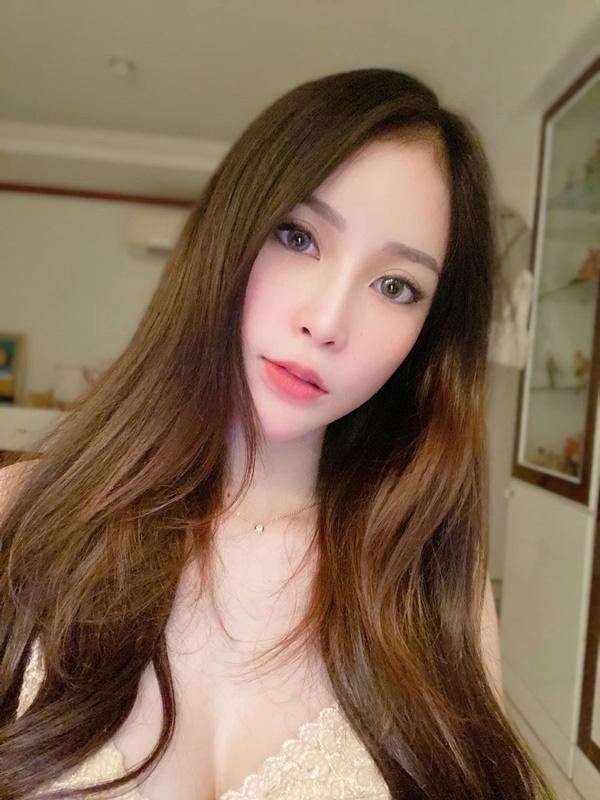 Patcharaporn "PiPloy" Intharathet, 24, died on Jan 7 when the Nissan Juke in which she was travelling in Wat Bot district of Phitsanulok hit a power pole and plunged into a roadside ditch. Her husband, Santhipap Wongbangchuat 25, was injured with broken ribs and a punctured lung but their two children, a daughter aged four, and son aged three months, escaped harm.

Speaking from the forensic unit of Buddhachinaraj Hospital the next day, her mother, Somkit Intharathet, 48, said she and her husband were talking to PiPloy at the time of the accident.

PiPloy, she said, had gone on a trip to the north and intended to stay the night at Phitsanulok before returning the next day to Bangkok.

"We were having a video call. Ploy was in the back seat with the little one and her husband driving with the four-year-old in front. Ploy's Dad said he'd like to talk to the one in front, Ja Jaa, so Ploy passed the phone to her.

"We saw her face on screen for just a moment when we heard a tremendous noise and screaming. We called out to them, but no one answered," she said.

"Finally found out they were in an accident. We travelled here overnight and arrived at 4am," she said.

On Tuesday she called a relative, known on Facebook as Plug Bigdog, to say someone had taken PiPloy's phone at the scene and transferred money from her account. Plug appealed for its return on FB, as her family needed the money.

"You can contact me directly if you like. But if after she is cremated and I still haven't heard from you, no matter how long it takes, I will come after you until we meet for sure...and on that day there will be no forgiveness," he growled.

"Everyone is willing to forgive. Don't blame each other as there is only one truth," he said, in a message to his supporters.

PiPloy, inset, was killed in a motor accident and her phone stolen from the accident scene.

By the next day, he was having second thoughts about his warning, as it had upset rescue workers who attended the accident scene, not to mention locals in Phitsanulok generally, who thought he was sullying their good name.

Plug, who said he was tied up at the hospital ensuring PiPloy's husband was well enough to travel to his wife's cremation, said he wanted to apologise for the upset.

"I think it had every chance of happening as the phone was not locked in her last moments. I can chase the matter up, I just wanted to get the funeral over, and am not worried about the money going missing," he said. It is not known if the family has gone to police over the theft.

The 18 Myanmar migrant workers dumped by their employer at a bus stop in Samut Prakan before Christmas can smile again after local authorities found them new jobs. 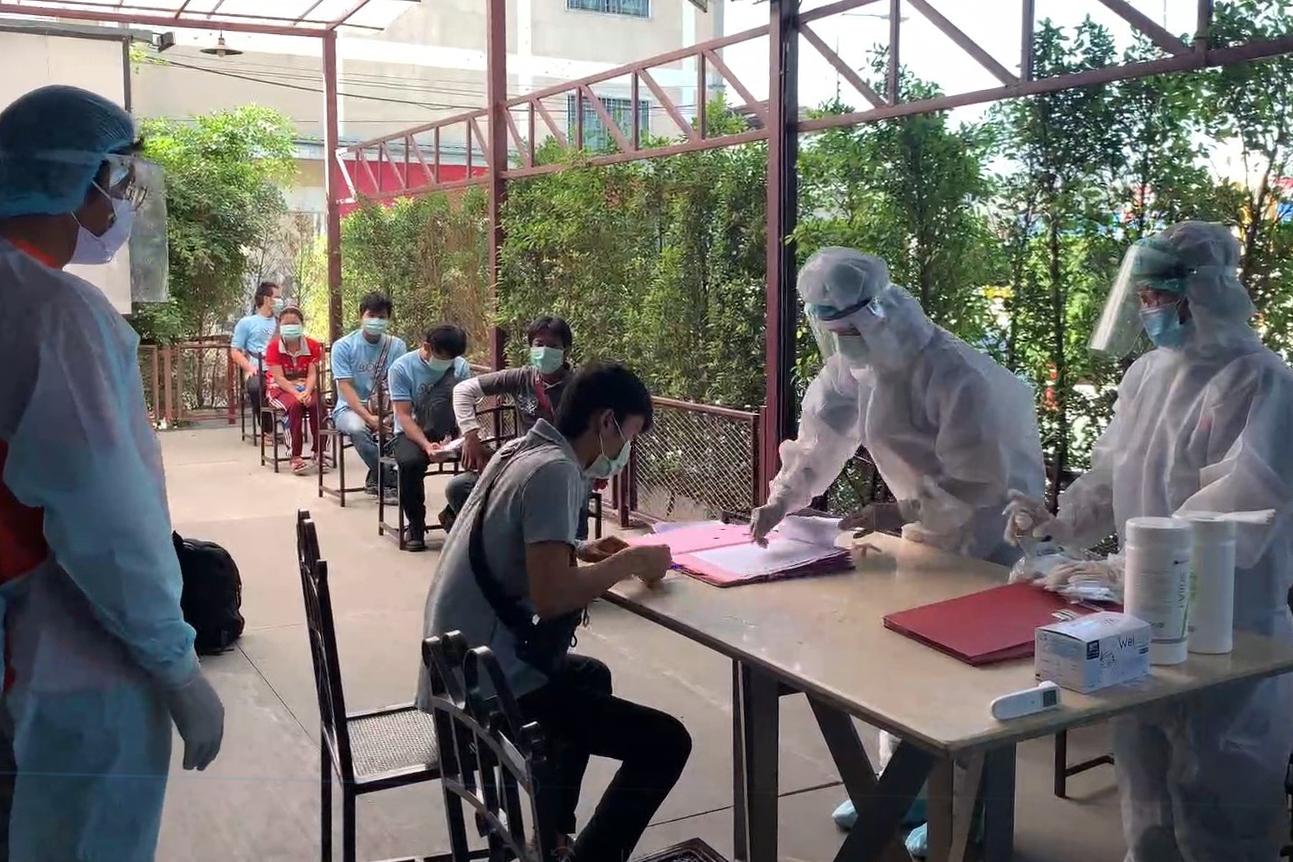 The workers were taken from a factory in neighbouring Samut Sakhon province, where hundreds have tested positive for Covid-19 infection. Bang Kaew police found them stranded in Bang Phli district with their luggage on the side of the road on Dec 23.

They told police they had been working for about a month at the STI Precision plastic-moulding plant in Samut Sakhon's Muang district. HR staff suddenly told them on Dec 22 that police would be inspecting the premises and they had to leave immediately.

Police later called in the factory owners for questioning, as the move breached an order enforced by Samut Prakan authorities forbidding travel to or from the province after the virus resurged before Christmas. The owners said they were not involved in the day-to-day running of the plant. The workers, who tested negative for Covid-19, underwent 14 days of quarantine.

The workers say they don't want to go back to the plastics factory where they worked before even though the owner told authorities he was happy to have them back. "We no longer feel confident in our safety as we were forced out of our old jobs," said Ongkor, one of the workers.

"We feel as if we have been given a new shot at life and are determined to do a good job," he added. Bang Kaew police are investigating the plastic moulding factory for moving the workers illegally.