As the Kingdom becomes an ageing society, it faces a chronic lack of migrant workers who have fled to their home countries

In the wake of the Covid-19 pandemic, several industries have been facing a labour shortage after about 500,000 migrant workers returned home before the border closure.

As reported by the International Organization for Migration (IOM), Thailand is home to an estimated 4.9 million migrant workers, who have become significant cogs in the country's economic development.

This year, Thailand became a fully fledged ageing society as many Thai labourers left home to work in other countries such as Taiwan, South Korea, Japan, Malaysia and Israel rather than receive the minimum daily wage of between 331 to 336 baht.

In past years, migrant workers -- especially from Myanmar, Cambodia and Laos -- have filled the labour gaps, but they have experienced inadequate welfare. We saw a clear picture when a shrimp market in Samut Sakhon became a virus cluster during the second Covid-19 outbreak.

This seaside town has been the country's second biggest home for more than 200,000 legally-registered migrant workers after Bangkok. In the short term, the government has allowed those working illegally to register for work permits to alleviate the labour shortage and contain the virus spread.

The Human Security and Equity Research Unit at Chulalongkorn University hosted an online discussion, where specialists, human rights activists and executives from universities, the National Health Security Office and Social Security Office shared their ideas on how to enhance migrant labour recruitment and welfare in the future.

Last September and October, Dr Sayamol Charoenratana and her team joined hands with the Health Systems Research Institute to conduct research on the development of a healthcare scheme for migrant workers to respond to the Covid-19 crisis and found 68% didn't sign an employment contract and 52% of the unemployed weren't registered under the Social Security Fund.

"A survey indicated 29% of workers faced reduced working hours, with some 20% taking leave without pay. Initially, they were paid 12,500 baht a month but now their salaries have been cut to around 10,000 baht. Most of them need to take care of their parents," said Sayamol, a researcher at the Chulalongkorn University Social Research Institute. 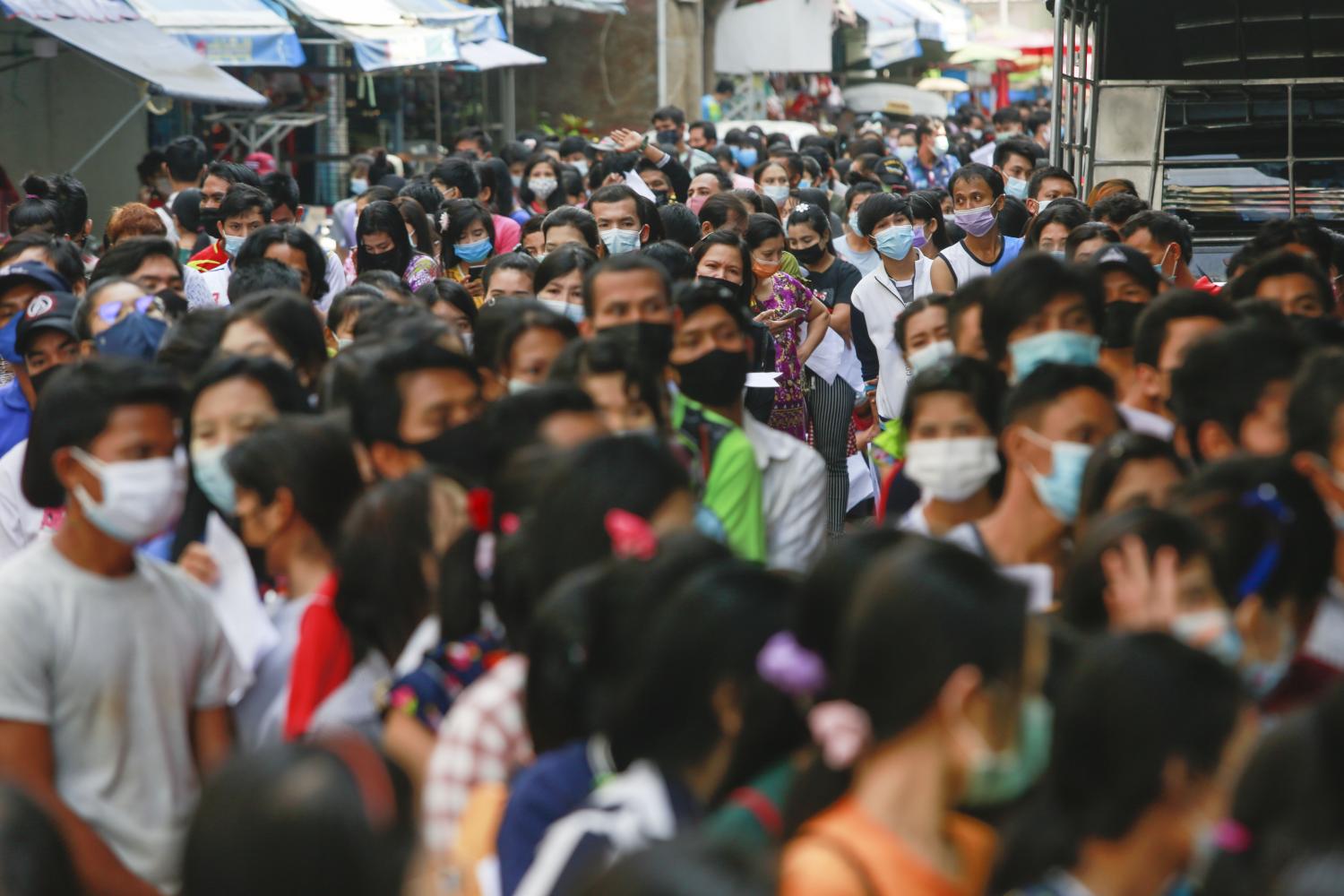 In terms of preventative measures, some 83% have lived in compact rooms with many friends and families, so it's hard to keep physical distance. At the same time, they updated information from the internet but their problem was they couldn't read Thai. Mostly, they worked in restaurants, factories and ready-to-wear garment shops.

"It's not time to blame each other for what happened. At least, this should be an opportunity for us to look back and solve the problems for our future. The collective effort in society is important," Sayamol said.

"In the private sector, some companies cite that we should conserve some jobs for Thais. But research pointed out that migrant workers [perform work] Thais have refused to do. We should change perspectives and treat them equally. They haven't stolen our jobs, but are helping Thailand's economy."

In terms of countermeasures, migrant workers within an existing inter-government MoU can receive the benefits of health promotion, disease prevention and compensation for medical treatments as the government has allowed illegal workers to register for work permits.

In Singapore, authorities have provided migrant workers with a mobile medical service team, state quarantine facilities with food and internet for free, proactive screening, and monthly rent. Employers have been ordered to pay employees and build new dorms.

In Germany, measures have been designed for everyone, resulting in workers receiving a short-term compensation payout. The government approved a draft law to protect migrant workers in the meat industry, eased restrictions on seasonal workers to enter the country, and allowed foreign doctors waiting for their qualifications to work in hospitals.

In South Korea, people can take a Covid-19 test for free and get income support while receiving treatment. The government has allowed those working illegally to apply for an amnesty scheme and opened up the seasonal labour market.

"Learning from Singapore's pandemic, the government has halted the entry of foreign labourers since the workforce will have reduced working hours due to the economic decline, maybe until mid-2022. Today, migrant workers live in overcrowded communities and another problem is that they can't access wage subsidies. For example, workers in Phangnga's tourism industry have lost their income after the number of tourists decreased, while some work permit holders can't find a new job, resulting in them bouncing off the scheme," said Assoc Prof Dr Kiriya Kulkolkarn from Thammasat University's Faculty of Economics.

"In the future, we will meet workforce diversity with foreign labour because Thailand has already become a fully fledged ageing society and Thais don't want to do some work. Today, there are no fewer than 10% of migrant workers in the market, who have contributed 4-6% of national GDP. They are often hired to work in construction sites, farms, restaurants and processed food factories."

With 400,000 citizens retiring each year, Thailand is expected to welcome more migrant workers and stateless people to boost the population growth and meet the labour shortage in the next two decades. Authorities are required to arrange Thai-language courses for migrant workers to improve their literacy skills.

"Some migrant labourers have lived in Thailand for 10 to 20 years and have become partners with their employers," said human rights activist Siwawong Suktawee. "So, they should acquire Thai citizenship. With the 2005 Cabinet Resolution on Education for Unregistered Persons, all stateless and non-Thai children have been able to enrol in primary and secondary schools free of tuition. In 2016, the Interior Ministry amended a law to grant Thai citizenship to migrant graduates. 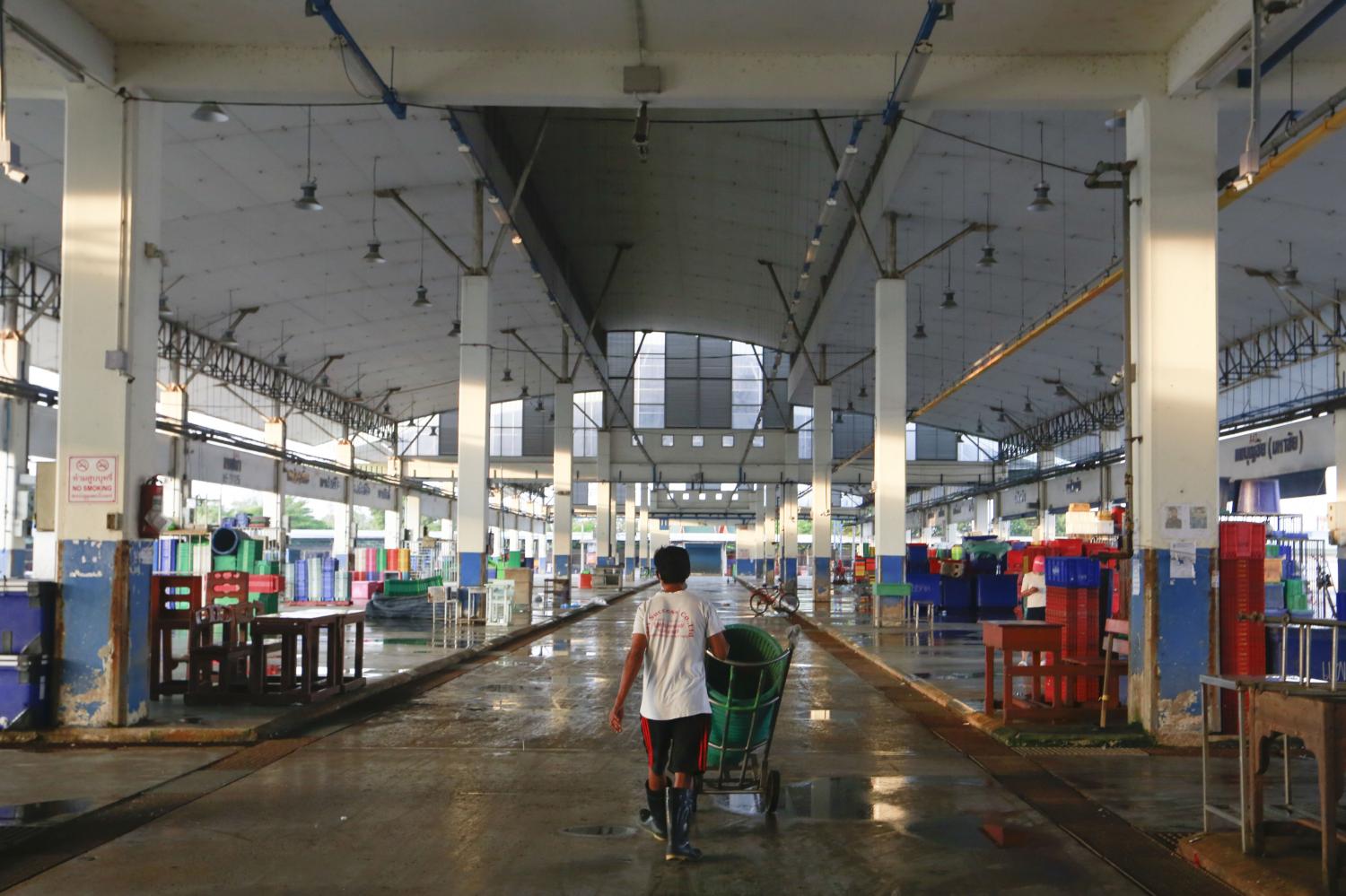 "Migrant workers aren't allowed to travel from province to province. This made them lose opportunities to find a job. At the same time, the government should work to facilitate those holding work permits that will expire in the near future. We should support them to have a better quality of life and enhance employee monitoring systems."

Dr Porntep Chotchaisuwattana, from the National Health Security Office, indicated that Thailand should set up an Asean central fund in supporting migrant labourers. To reform the post-Covid 19 economic structure, Thailand should upgrade labourers' skills to meet demand in the international market.

To ensure better welfare, the Social Security Office plans to analyse the labour demand of each sector in designing labour protection systems and provide information in various languages to communicate with migrant workers.

"One thing we can learn from the pandemic is that saving money is important. The Social Security Fund is only a system to help all workers during the crisis, but a financial personal plan is a key to existence. We give support to employees so that we move forward to the future together," said Tanit Loipimai, director of International Affairs, Policy and Planning at the Social Security Office.