Himmapan Marshmallow is made up of the cute illustrations of Thai mythical creatures by illustrators and cartoonists, becoming the viral inspiration of many "fan art" and spin-off ideas.

These illustrations are a kawaii rendition of the sculptures found at Buddhist temples in the north and the northeastern regions of Thailand. Due to its rising popularity, game development studio and production house in Bangkok, FairPlay Studios has created the Himmapan Marshmello Saga game, featuring the cute creatures. Tinnapop Sornpom, COO and lead programmer at FairPlay Studios, and head of the newly-formed Holy Basil Studios unit, is the creator of Himmapan Marshmello Saga. Guru speaks to him to find out about the game, the final version of which will be launched in mid-February.

What led to the decision to turn the Himmapan Marshmallow viral into a video game?

The truth is I came across the trend on social media and it flipped on the light switch in my brain. I thought it would be a great CSR project, that could boost the company's marketing efforts in tandem. I ran the idea through Watcharapong Meearhan, a fellow Holy Basil Studios' team member and Pitchaya Choothian, the magic-making technical artist of our studio, and then proposed it to CEO, Thanisorn Boonsoong, who gave it the green light straight away.

Have you always been interested in mythical Thai creatures?

Thailand has a very rich cultural heritage with a plethora of wonderful tales and myths, that I feel are often neglected. The ones about the Himmapan forest and its legendary creatures are one of the mainstays in Thai literature that I've enjoyed from a young age. When I began to see people share and hit like on the often cute and funny photos of Himmapan creatures from temple grounds, dubbing them Himmapan Marshmallow, it felt like a no-brainer that I should create a virtual pet game, which could reignite interest in our traditional literature and also boost attention on temples, hopefully stimulating local tourism and pilgrimages during these troubled times. 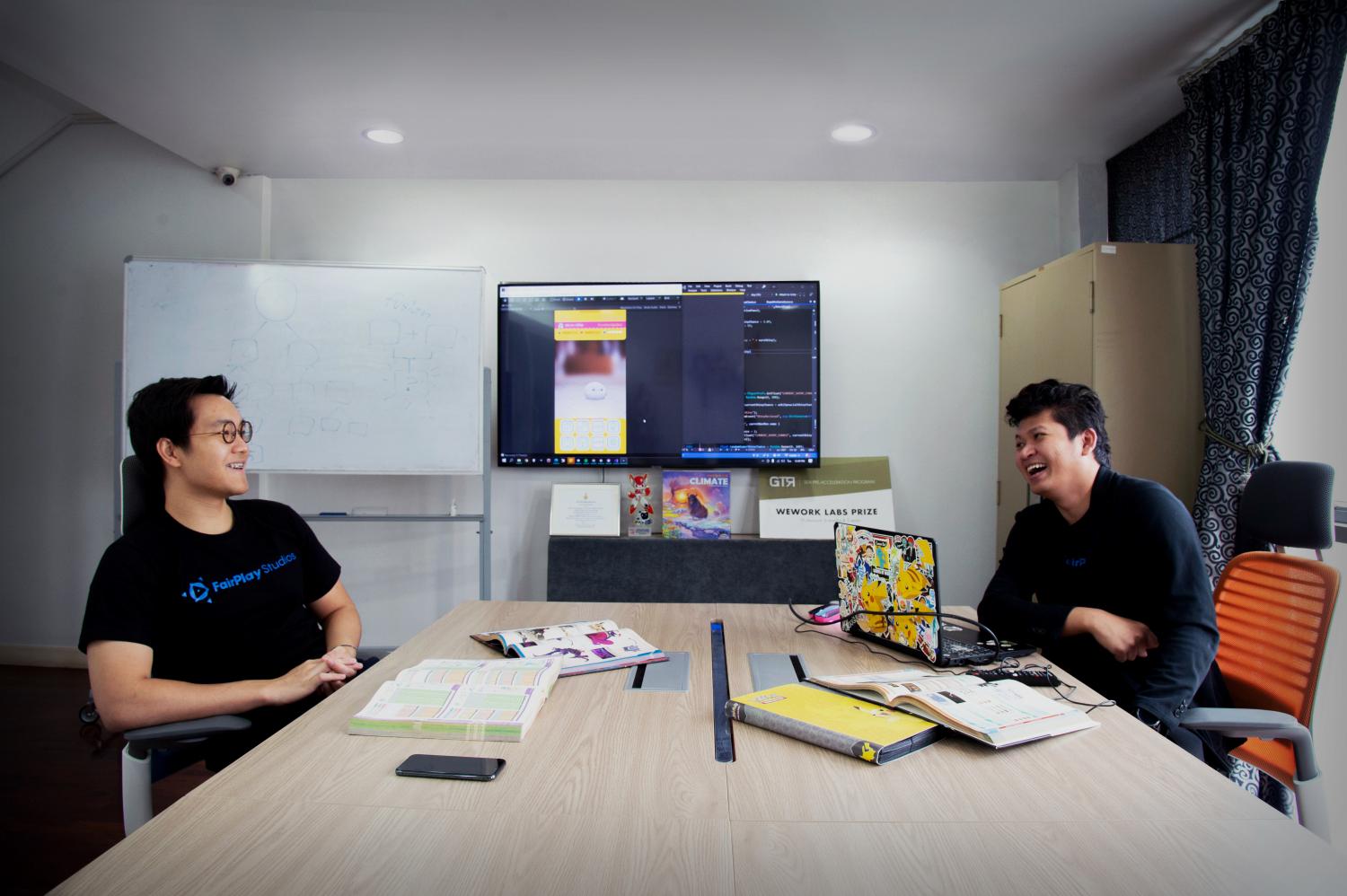 Did you do a lot of research on them to create the game?

We are a game company, so a lot of it came down to imagination and creativity. But we did look into where the creatures are located and had casual conversations with abbots at temples. We've tried to stay as true as possible to the original lore of the creatures, which is fundamental to the design of the characters. However, we had to give it that extra bit of magic to recreate the experience of the actual sculpture. That's why when a mystical egg hatches in the game, the creature that comes out is not a baby 'Non' (a term of endearment for these creatures that basically is a cuter version of the word nong), but instead a cute 'poon piek', or wet concrete, which the player has to mould and help evolve into a unique Himmapan creature.

What's the concept of Himmapan Marshmello Saga ? How does it differ from other virtual pet games?

The concept is pretty straightforward. The game revolves around the nurturing and evolution of a virtual pet, which intrinsically builds intimacy and closeness to the character. We aren't necessarily reinventing the entire wheel when it comes to virtual pet games but we've added layers of complexity that I think really set it apart.

In particular, the type of food you give your 'Non' dictates its characteristics and attitude, whereas in other virtual pet games, food is simply there to fill your pet's belly. This also extends to the type of mini-games you play with your 'Non' for exercise. These elements are intended to stimulate community interaction. Players can share the way they are raising their 'Non' and how they've managed to achieve a certain evolution. We didn't initially intend to make this a full-fledged mobile game. As previously mentioned, it was just a small CSR project and so we were actually caught off-guard when public reception was so overwhelmingly positive! We adopted a community-driven approach to development, with lots of feedback from followers and players. 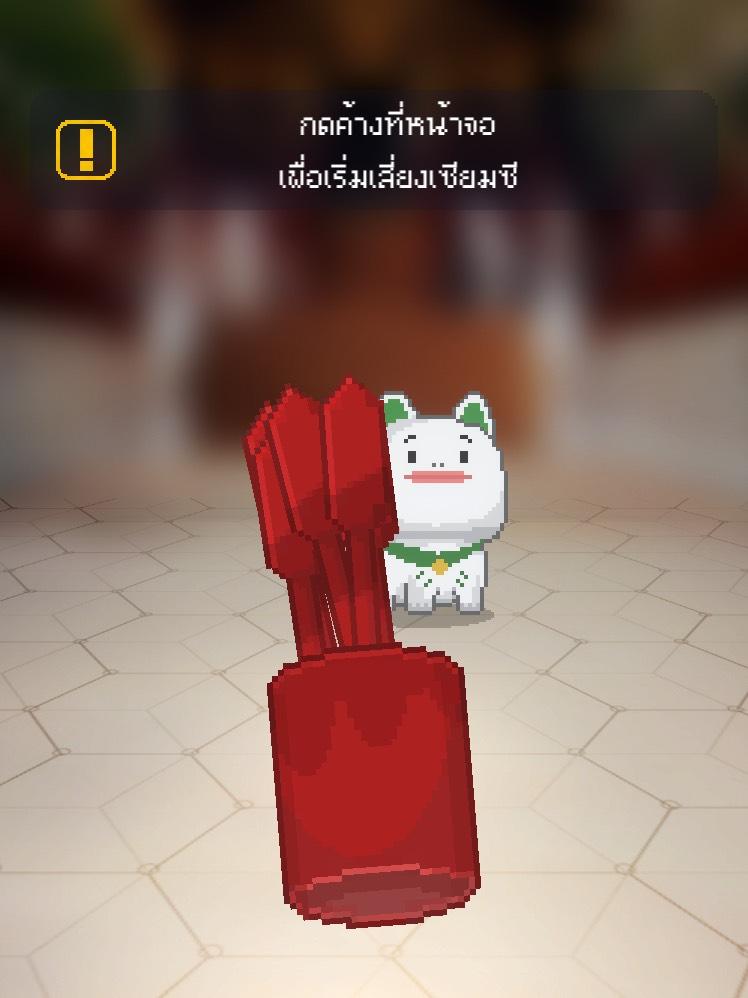 I'll give a little anecdote because it's just something I find so mind-boggling. When we were designing the mini-games within the game, the highest-rated one by the community was an addition game. [Currently, the beta version is available.] Common sense tells you that mathematical games would not be that fun, right? That game is now the most frequently played mini-game in Himmapan Marshmello Saga and I love it, too! Using Thai numerals also gives it that extra touch of charm.

The game seems to be very locally-driven and one would have to be local to understand some of the concepts and humour. Who is your target audience?

That's correct. Our target audience is local Thais at the moment but we are beginning to look at expansion plans, thanks to encouragement from the community. Those who have a deep interest in our cultural heritage, literature and religion are dwindling in number. We wanted to ride the viral trend and raise awareness about Thai traditional literature and drive interest and traffic to the temples that house the sculptures from the game. We would consider it a major success if people who play our game visited the temples to see the sculptures and make merit, or if kids who play ask their parents about the Himmapan forest or ask to be read the story of the Ramakien.

How has the gaming community reacted to the beta version of the game?

They've made me absolutely speechless and in awe of them. It has been so heartwarming. The gaming community, in general, wanted us to develop this into a real game. With the beta, we managed to garner more than 50,000 downloads in less than a week and everyone has been making massive contributions to drive the development of the game. The addition game and having multiple save points were features that came about because of the game community discussions. With everyone's help, we can't wait to release the full game for everyone to play in February. 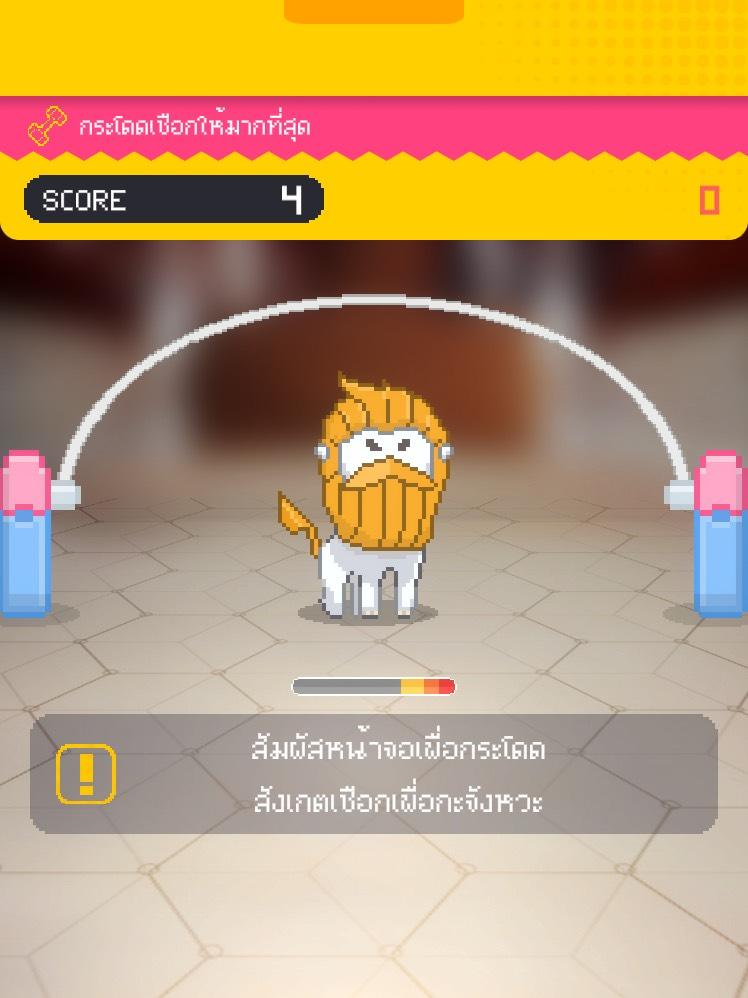 Has anyone mentioned any concerns to you with regards to using characters in the game that could be considered sacred by some Thais?

There was some drama early on but we were prepared for that. It was minor and short-lived, in the comments. The internet can be a toxic place sometimes but we aren't strangers to that. Himmapan Marshmello Saga is the second game from our company and we definitely learned lessons from our first.

As the game developed over time, the fan base contributed and voiced their concerns in a very positive manner. Our game community has been very protective of us, whilst being constructive and friendly, so any concerns came in the form of gentle warnings to prevent us getting into trouble, with regards to cultural appropriateness or the law. 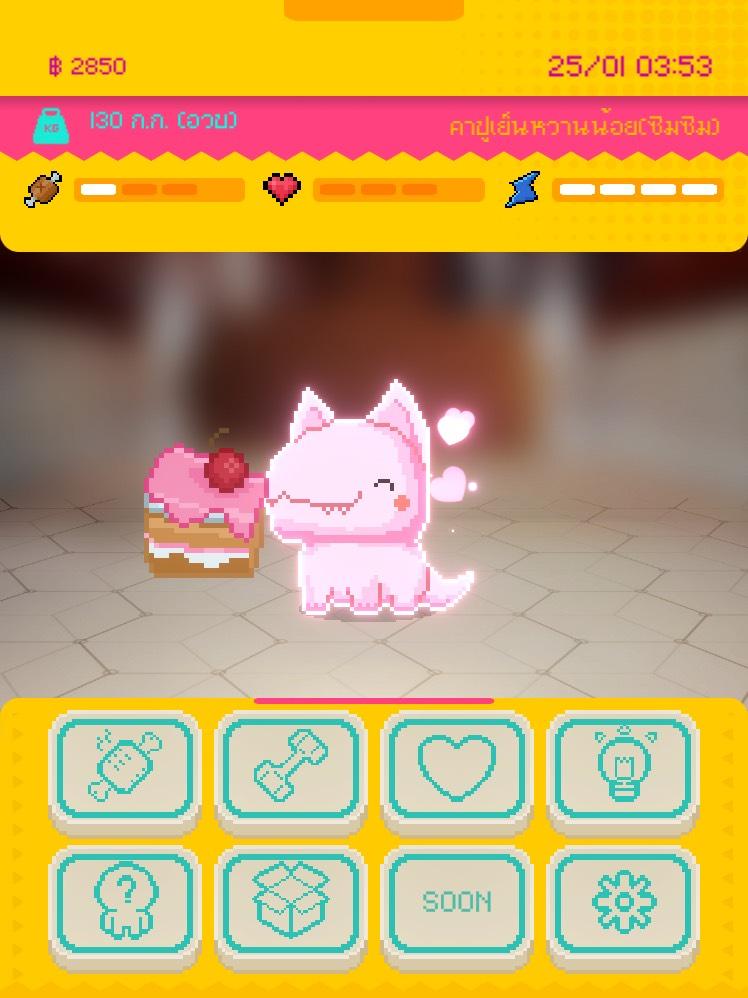 For example, at the start of the alpha tests, many users were kind enough to remind us to ask permission from local temples and abbots and to check IP laws with regards to using Himmapan characters in the game. It was like having a legal team giving us advice so that we avoid missteps. I actually want to thank everyone for that, as well.

Are there any messages or lessons that you hope the players will learn? What's your goal for this game?

There's no deep underlying meaning to the game apart from the wish: 'May our games brighten your day.' That's the company mission. I just hope that the players and the public can realign themselves with our roots sometimes, revisit traditional Thai literature and explore our country more! Thailand is a beautiful country with majestic scenery and diverse landscapes. We have an amazing culture and temples that do not pale in comparison to those anywhere else in the world. Visit the temples in the game and go merit-making. Have a look at the real Himmapan creatures that you've so painstakingly taken care of in the game. Doing so will provide everyone with a much-needed breath of fresh air and escapism. We all need a nice break, to digest and reflect on what we have all been through and overcome over the past year.

What features do you want to introduce in the next version of the game that you can tell us about?

I think the game community probably already knows most of our plans for the launch of Himmapan Marshmello Saga, since they're helping us develop the game every step of the way, so we don't really have anything to hide. A funny request from the community is that they want a PvP feature so the 'Nons' can battle each other! That's definitely a big no-no because then we'll really be at risk of breaching cultural appropriateness. You can expect more mini-games, quality of life improvements, more 'Non' characters (rare, special and collectable ones) and other heartwarming features.

Himmapan Marshmello Saga will be available for download on the App Store and Google Play store from February. Go to fb.com/HimmapanMVP for updates.