Too expensive to ride

Despite the BMA's decision to delay a fare hike on electric trains, this form of public transport fails to remain a basic service within the grasp of the average city resident

What if you are a single mum who earns a daily minimum wage of 331 baht in Bangkok? You might find it hard to make ends meet and save for a rainy day. However, a plan to raise the electric train fare ceiling on the Green Line to 104 baht per trip could especially be a heavy blow. Fortunately, you can breathe a sigh of relief -- at least for now -- because the plan was suspended last week. Nevertheless, this controversy is only the tip of the iceberg when it comes to the city's public transport problems.

On Feb 8, Bangkok governor Aswin Kwanmuang issued a statement postponing the price hike after the government instructed the Bangkok Metropolitan Administration (BMA) to review the policy amid an outcry. Last month, it had announced that the fare hike would take effect from today. Aswin provided brief respite by offering to ease the burden on city commuters by reducing the hike from its original plan of a maximum of 158 baht to 104 baht.

The new fare ceiling came under fire and was met with widespread opposition, leading to transport minister Saksayam Chidchob calling on the BMA to halt its policy. Srisuwan Janya, secretary-general of the Association for the Protection of the Thai Constitution, also cried foul because the new fare structure would make the transport system too expensive for daily commuters. On Feb 8, the Foundation for Consumers (FFC) officially lodged a petition with Government House.

The Thailand Development Research Institute (TDRI) said the rollout of new electric trains will increase ticket fares. While the BTS Green Line, the MRT Blue Line and the northern MRT Purple Line are now fully operational, the MRT Pink Line and the MRT Yellow Line are due to open later this year and other lines will soon follow. In light of this, Life sat down to talk with experts who are asking the government to revise its concession contracts to ensure the affordability of the new transport networks.

Sumet Ongkittikul, research director of transportation and logistics policy at the TDRI, said the launch of new routes will lead to fare hikes because they are calculated on different concessions.

"The government has put the maximum fare ceiling at 42-45 baht, keeping a whole journey on the same line at under 2 baht per km. However, people don't travel like this. When more routes are available, their departure and arrival stations may not be on the same line," he told a forum recently held by the TDRI and the FFC.

Sumet further illustrated his point with an example scenario in which commuters have to change between three different lines in a single trip, which would raise the total ticket price to over 100 baht. For instance, if a commuter departs Phra Ram 9 for Min Buri, he or she will have to pay 109 baht, which is considerably more expensive than a van which would cost anywhere between 40 baht to 50 baht.

"Of course it is more convenient, but is it fair? We calculate the fare without deducting station entry fees. If they can negotiate exemptions, it will lower ticket fares slightly. However, when they start to offer services, they will not announce these prices. They will offer special discounts but these are examples of when they charge fully in accordance with their concession contracts," he said.

Sumet added that the problem of high ticket prices results from the fact that these agreements were made under different circumstances and fare conditions. If the government wants to introduce a common rate, it will have to revise all contracts or compensate private companies for breaching them.

"The problem will persist if we don't take action. Commuters are now paying high prices because when they switch between the BTS Green Line and the MRT Blue Line at interchange stations [Mo Chit, Sukhumvit and Silom], they are charged again for a new station entry," he said.

Moreover, the price ceiling will be applied when commuters reach a maximum of 10 stations.

"If you want cheaper tickets, your office and home must be on the same line. If this is the case, you will be happy. Otherwise, electric trains are not useful if they are disconnected and expensive," he said.

The research director attributed this to the fact that private companies have made a large investment in the electric rail system, so they must recoup their cost -- which can take up to 100 years -- in just a short span of a 30-year concession contract.

"If you look at Singapore, the government subsidises the infrastructure of electric trains. Private firms offer only the services and ticket prices are calculated on operation cost," he said.

He added that policies should also be implemented to reduce the number of cars in urban areas as this will increase the ridership of electric trains.

Basic service for all 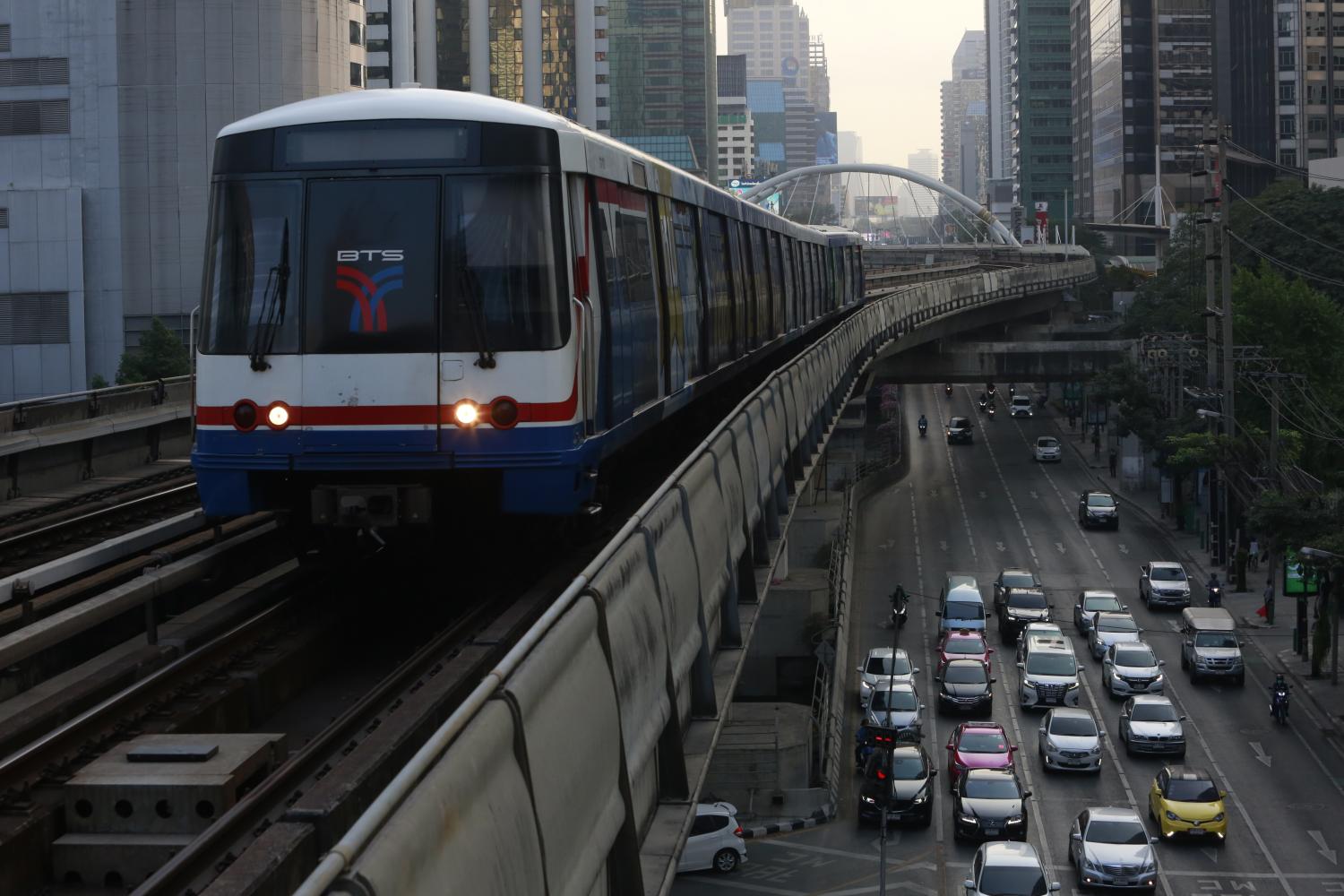 Saree Ongsomwang, secretary-general of the FFC, brought up the hypothetical case of the single mum to make her point. If she makes a round trip for work, it will cost her 60% of her daily wages, making it very difficult for her to make ends meet.

"The BTS Skytrain should be part of the public transport system, not an alternative for those whose salaries are over 25,000 baht. It must be accessible to all. Moreover, at this time, everybody is suffering from air pollution, so our woes should be relieved. The rail system should be a basic service," she said.

Saree said all concession contracts should be reviewed for "irregularities" because our ticket fares are relatively more expensive than those in Paris, London and Singapore while Malaysia is capping fares at under 10% of daily minimum wages.

"There must be something wrong. Put on hold the [new] agreement on the Green Line that aims to cap the maximum fare ceiling at 65 baht. We may cease to exist in the next 38 years, so it is not right to impose these prices on future generations," she said.

In response, the Transport Ministry is aiming to speed up the implementation of a common ticketing system for Bangkok's electric trains in a bid to reduce fares by 30%. This system is expected to begin at the end of this year, covering the BTS Skytrain and the MRT's Blue and Purple Lines.

The decision on a fare hike came last month because the BMA has not yet concluded a new concession agreement with BTS Group Holdings. It is overseen by the Ministry of Transport and the Ministry of Interior and negotiations are still under way because the current contract will terminate in 2029. If approved, the BTS will provide services for another 30 years until 2059 in exchange for subsidising the BMA and capping the maximum fare at 65 baht.

Windfall for the rich 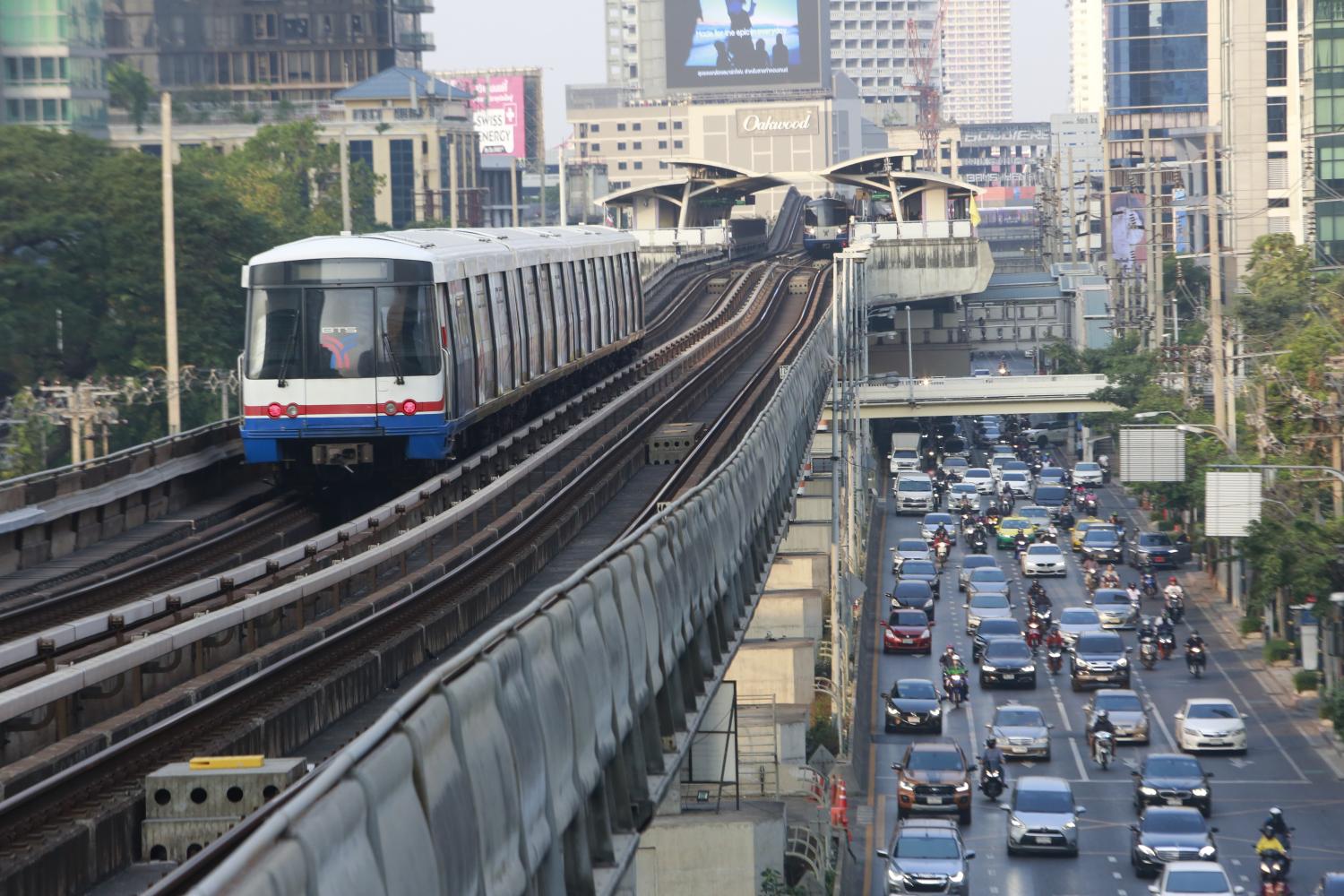 Meanwhile, Asst Prof Pitch Pongsawat, a political science lecturer at Chulalongkorn University, shed light on the purpose of electric trains. He asked who really benefits from them, citing the case of the Bay Area Rapid Transit (BART) in the US. It has a rail public transit system that connects the San Francisco Peninsula with communities in the East Bay and South Bay. He said capitalists built it to attract people to move to the city or else it would fall into decay.

"The point is, the Green Line does not help ease traffic congestion but strengthen land value [in Bangkok]. In Japan's small towns, those who are granted concessions to operate electric trains are allowed to manage shopping malls and hotels. They don't make profits from the public transport system, but from rising land value.

"However, here in Thailand electric trains are in front of [condo] windows. They are for the rich. I would like to ask if normal people will manage to live here because the full network of electric trains will raise real estate prices," he said.

Asst Prof Pitch, however, called for stakeholders to set up a committee from all sectors to oversee public transport in Bangkok. Moreover, they should find ways to generate income. He encouraged the development of surrounding areas into commercial spaces, like those in South Korea and Japan.

"They are virtually empty. We must pressure them or they will keep doing this [to passengers]. While the government must be held accountable, private operators should not be sleeping partners," he added.