One step forward, one step back
Life
Social & Lifestyle

One step forward, one step back

Unless you've been living under a rock for the past few years, it'd be hard to miss the rise of the Yaoi or Boy's Love genre -- both on screen and in bookstores. Big shelves are being dedicated to novels with artfully drawn male leads on the cover. In cinema, television and streaming content, young male co-stars embracing and kissing has become commonplace. The genre and the industry surrounding it are commercially successful, to say the least.

However, the same thing can't really be said for Yuri, or girl-on-girl romance, which is rarely a commercial hit or as widely accepted.

Earlier this month, news began circulating after the third episode of Angkarn Kloompong The Series removed scenes of two women kissing. The censorship was applied to the version of the show that aired on GMM25 only but the scene was untouched in the streaming version on AIS Play.

The episode's director, Mui Aticha, revealed on her personal social media account that the decision to cut out the scene came as an order from the channel; the reason being that these scenes, she was told, were "contrary to good morals". 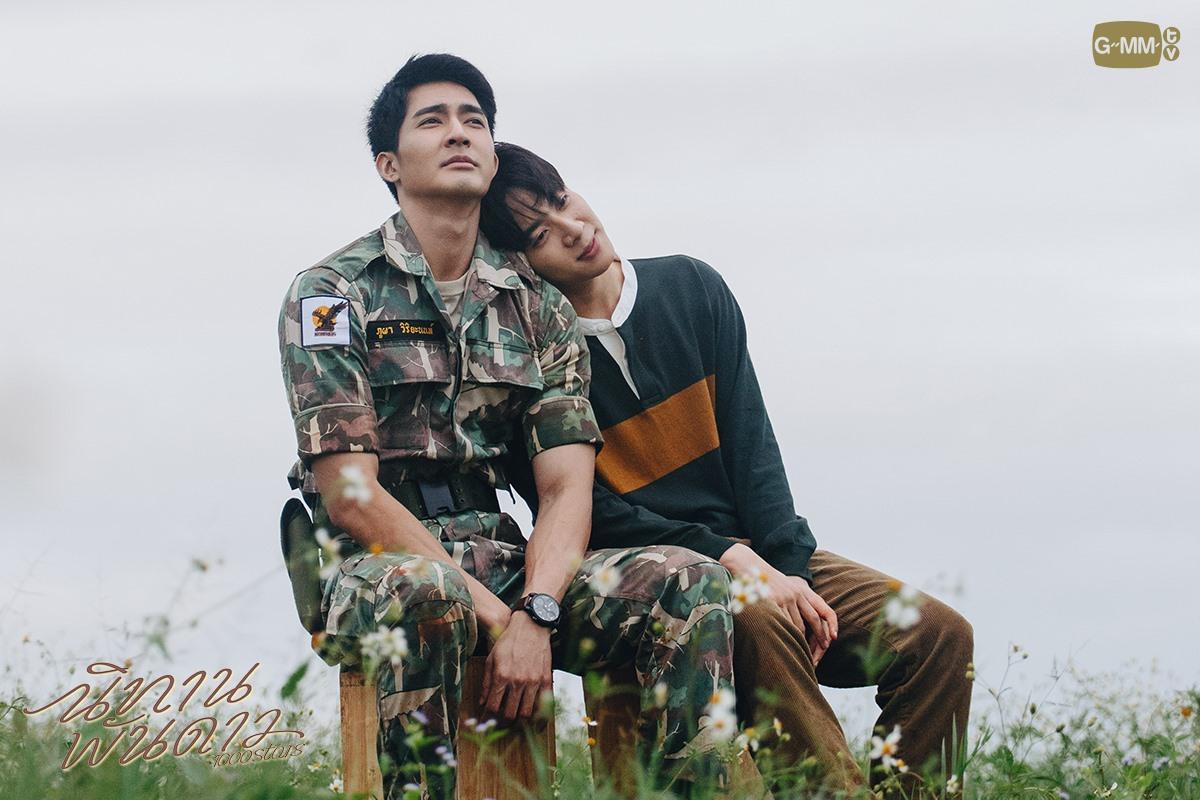 A Tale Of Thousand Stars. www.facebook.com/gmmtvofficial

Of course, this incident also took place during the same month that Channel 3 landed in hot water for perpetuating rape culture in one of its current dramas after it showed rape victims being treated with disgust by both family members and society. There was a public outcry to ban this soap but so far, it is still airing.

So, men kissing? Go ahead. Women slapping the heck out of one another over a guy? Normal. Rape? Been around for decades. But can two women kiss on Thai television? No, that gets axed. I acknowledge it's pretty unfair to now group a gay kiss, melodrama and rape together but, really, what sort of standard is our showbiz operating on? And what discrimination is this? Why is it OK for men to kiss but women get censored? Acceptance comes rather subjectively. It's a strange limbo under patriarchy and capitalism.

Although Boy's Love seems to be getting a lot of exposure and is pushing the boundaries, there are still some obstacles even they can't overcome. In Nithan Pan Dao (A Tale Of Thousand Stars), a BL series adapted from a novel of the same name and now airing on GMM25, a change was made to one of the leading men's occupations. From a soldier in the novel, he now becomes a forest ranger on the TV show. Can't a soldier be gay? This argument broke out online during production last year. The novel's author, pen named Bacteria, took to Twitter to share the news about this occupational change and stated that "it's something the producers have no control over" and that if the team was "insistent" about it, they may risk not being able to broadcast the series at all. This change, of course, affects some of the context and elements in the series. 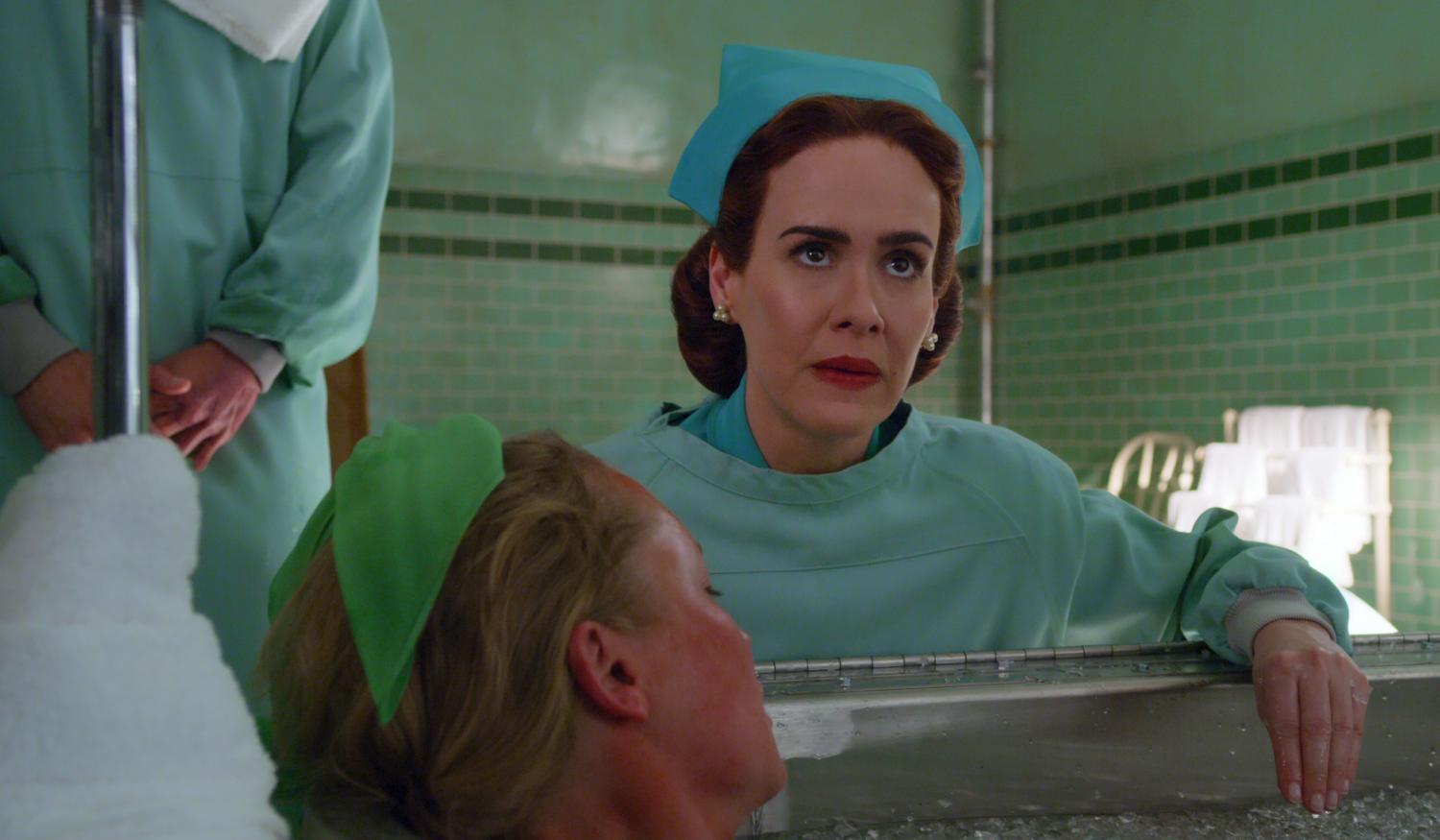 Many netizens speculated the higher-ups weren't too pleased to associate homosexuality with the army, although there was never any confirmation why exactly this change had to be made. But the incident sure put many things in a clearer perspective about where LGBTI content actually stands today in Thailand.

On the other side of the world, LGBTI content is shining and getting the recognition it deserves at the 78th Annual Golden Globe Awards this year (and no one is questioning the awards' good morals). From Ratched to Killing Eve, from Dan Levy to Jim Parsons, LGBTI stories, characters and their stars are getting the recognition they deserve. However, one nomination divided audiences, which is that of James Corden and his rather controversial role in The Prom. His performance as Barry, a gay Broadway actor, was criticised by many to be stereotypical and just over the top.

A Thai transgender model just became part of a girl group this month! In a reimagination of the famous 2002 Ratri, which brought together some of the top female singers of GMM Grammy to form an ad-hoc girl group, resulting in several dance songs that are still widely played today, a new group of women has come together for the new and updated 2021 Ratri.

The new generation is comprised of singers Gam Wichayanee and Waii; rapper Milli; and models JingJing Yu and Blossom.

Blossom, or Chananchida Rungpetcharat, is a transgender woman. She is perhaps best known as one of the contestants in The Face Thailand Season 3, a model-themed reality competition, that famously welcomed transgender women to compete in a show that was previously open to cisgender women only.

The fact that a transgender woman is included in this supposedly promising girl group should be celebrated. However, this wasn't really the case though but it didn't have much to do with the model but the fact that 2021 Ratri's first song, a remake of the 2002 hit Genie Ja (still a staple dance number in Thailand almost two decades after its release), was largely panned by netizens.

However, there was criticism about the music arrangement, the aesthetics of the video, and how the women did not gel together. Both the group and their first single have since gone down as how not to remake a classic.

Blossom did receive some praise for her dance but her singing was very short and, as some have pointed out, sounded pretty autotuned. It seems her big break in music has been foiled. And it's even more unfortunate that the conversation that could've steered toward trans inclusivity was overshadowed by all the negativities the group and this new Genie Ja song received. However, it has been reported that the group is still going forward and should be releasing their second single (another remake) in the future. Here's to hoping they can churn out more likeable tunes.