published : 8 Mar 2021 at 04:30
newspaper section: News
writer: Kornchanok Raksaseri
Deputy Prime Minister and Foreign Minister Don Pramudwinai looks at samurai armour at a museum in the Japanese settlement in Ayutthaya. Deer skin was among export goods used as a cushion in samurai armour.

Westerners were prominent in Ayutthaya, the former capital of the kingdom of Siam, in centuries past. They left historical records, architecture, language and cultural links of their contact with Iudea, as it was known at the time. Today they help us understand the area's history and Thailand's policies on international relations.

"Ayutthaya is a multicultural society but there were clear conditions in the use of land. Churches could be set up but permission was needed, trading was allowed but had to be done via a system under the Treasury Department," said Assoc Prof Predee Phisphumvidhi, deputy dean of Mahidol University's Faculty of Liberal Arts.

Foreign community settlement and access by foreign ships was limited to the south of the Ayutthaya city island with Pom Phet (Diamond Fortress) as the final line. Foreign ships had to anchor for inspection and unloading. In terms of security, those ships might contain weapons so they would not be allowed to go nearer the inner city. 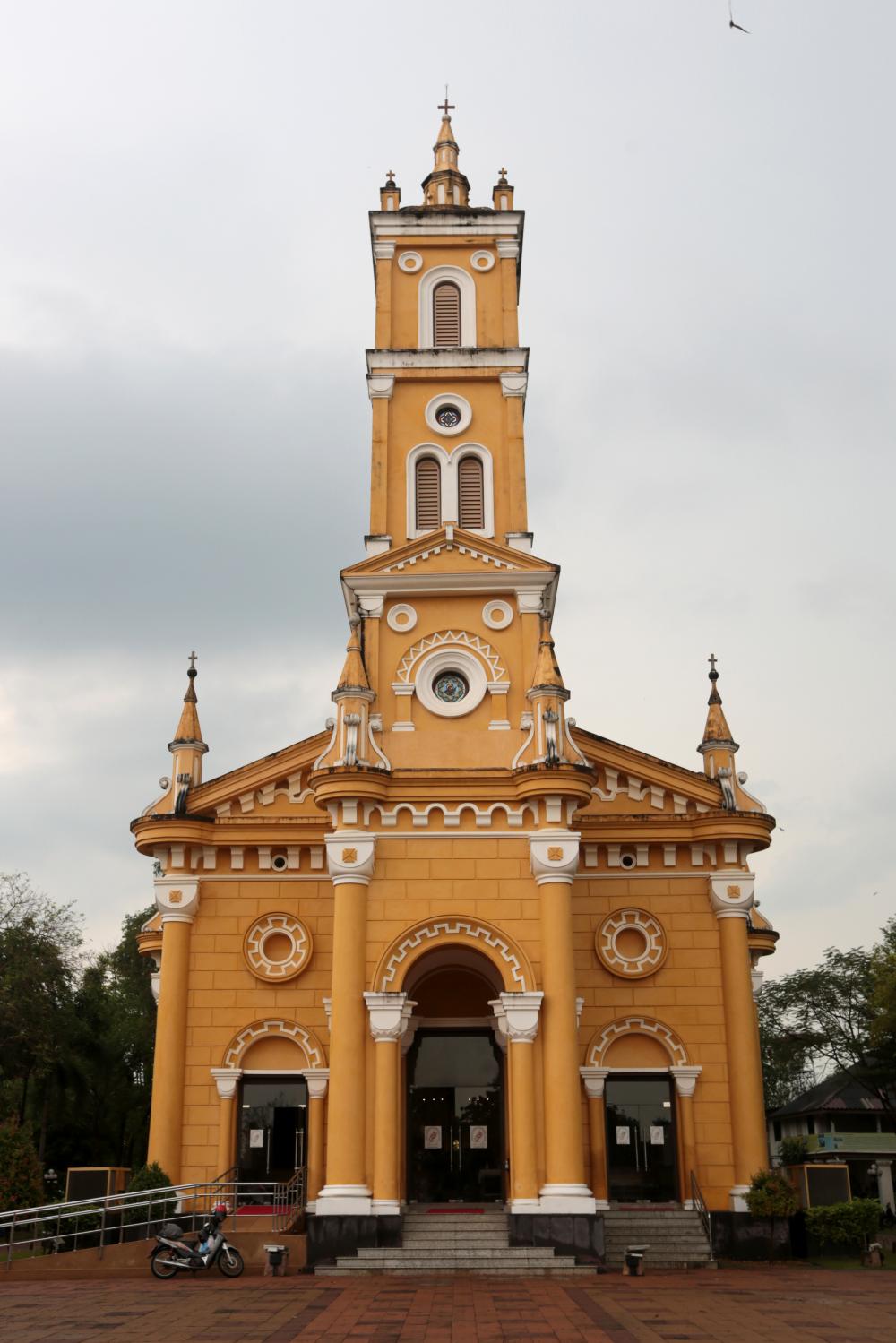 Riverside St Joseph's Church, after renovation, has been a place for religious ceremonies and studies on the role of Catholic missionaries in Thailand since the Ayutthaya era. photos by Chanat Katanyu

Meanwhile, in terms of trade, the ships could only trade via the department which also levied 10% customs on transactions, he said. The zoning concept in city planning can be seen later in Bangkok as foreign embassies in the early Rattanakosin era were also located only in the south of Bangkok.

The academic last week led a group of visitors from the Ministry of Foreign Affairs to explore traces of foreign communities in the ancient capital city which was a regional hub of trade and connectivity, occupying as it did a geographically strategic location.

The trip which was entitled 'Western Shadow in the Venice of the East'. Pom Phet itself is a good example of Western influence as a fortress built following the knowledge and technology of the Portuguese.

The Portuguese were the first "Western friends" of Siam. The main purpose of the contact was for trade while community settlements led to the dissemination of Christian belief. Intermarriage between the peoples produced many descendants who served in the Royal Court as interpreters and forged ties between the countries.

"The Portuguese never meddled in the politics of Ayutthaya," Assoc Prof Predee said. In times of war and suppression of rebels, the Portuguese were knowledgeable in the use of weapons, cannon and guns in particular. 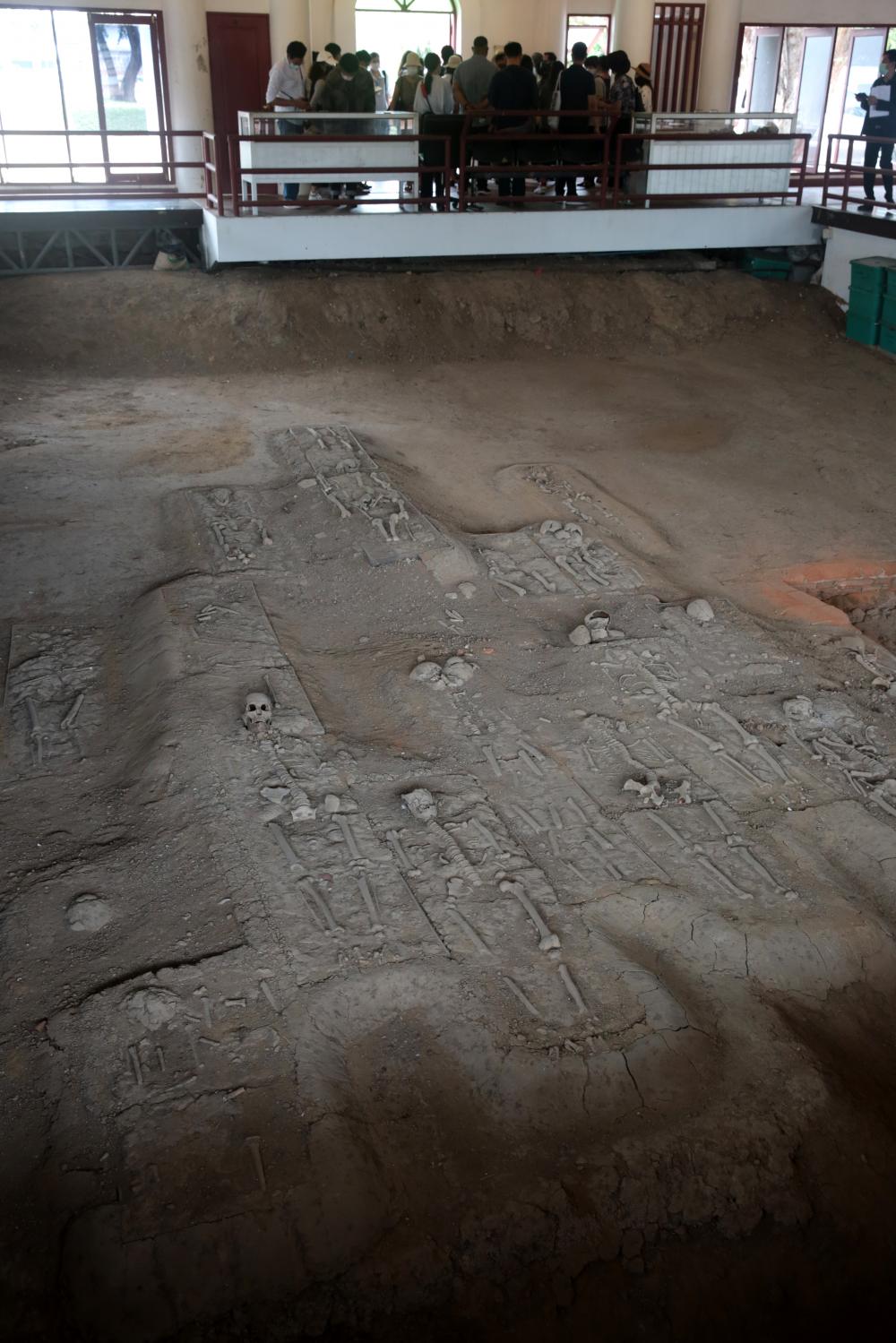 Skeletons inside the San Petro Church in the Portuguese settlement believed to belong to priests.

That was how the Portuguese received land from the Ayutthaya king for settlement on the west side of Chao Phraya River, opposite the Japanese settlement, where they set up a church, a cemetery and homes.

It was around the year 1600 that the Dutch and the British came into contact with Siam. The evidence at Baan Hollanda clearly showed the purpose of the Dutch, which was trading.

The Vereenigde Oostindische Compagnie (VOC) heralded a new era of trading which was once confined to royal families but evolved into a venture of rich men.

Not only did goods come in large ships seeking spices and other products of the East, the Dutch also set up trading stations in the region.

They also came with more negotiation power than did traders of the past. The trading became so prosperous that in 1608, the first diplomats of Siam went to have an audience with King Maurice in the Hague.

However, it was the result of the Dutch's exercise of power that Ayutthaya became more protective issuing laws stipulating interactions with foreigners including marriage restrictions. With so much pressure imposed by the Dutch merchants, Ayutthaya turned to trade with the British, Assoc Prof Predee said.

"It's in the Thais' DNA to have international relations with foreign countries. We are friendly to every country undoubtedly. But if we are pressured, we [also] have other friends to turn to," said Deputy Prime Minister and Foreign Minister Don Pramudwinai, a diplomat with almost five decades of experience. 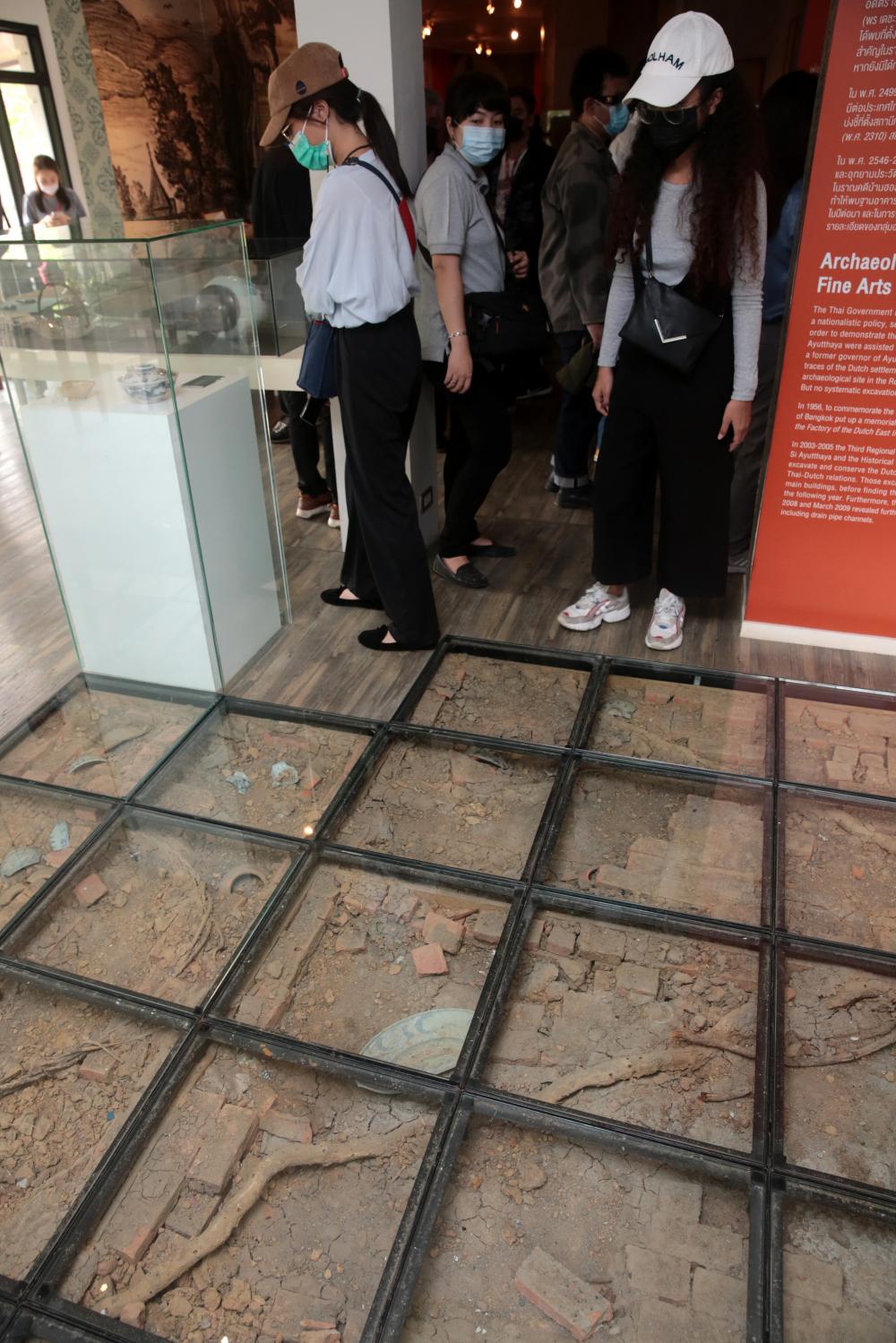 Replicas of ancient kitchenware are displayed at Baan Hollanda in Ayutthaya.

"At the same time, we can also take part in helping mend rifts among other countries and create peace which will benefit all sides," he added.

Meanwhile, the French were not only known for pioneering formal diplomacy with Siam under the reign of King Narai the Great between 1656-1688, but their knowledge of science and literature have also contributed greatly to Thai education.

Besides maps drawn by the Dutch, the maps and drawings of Ayutthaya by the French are also widely referred to by travellers, traders and historians as one of the most comprehensive illustrations of Iudea.

The evidence of King Narai's passion for astronomy, history and navigation as well as the teachings of Latin and the Catholics brought by Jesuit missionaries can be seen at St Joseph's Church, renovated in bright yellow by the Chao Phraya River.

Besides the beautiful architecture, the roles of the foreign missionaries and royals dating from the Rattanakosin era can also be seen here.

Ayutthaya, less than 100km from Bangkok, contains many traces of various nationalities and foreign influences from the past including the British, Japanese, Chinese, Burmese, the Chams (Vietnamese), Malays, Mons, Laotians and Cambodians or even Persians.