From loneliness to isolation, the third Covid-19 wave has left iconic institutions on the verge of death this Songkran

For Korn, the coronavirus outbreak has heightened loneliness. He feels trapped in his cave-like apartment in Samut Prakan where he has been living and working, with his depression still lingering after a painful break-up three years ago. Songkran is the only time of year he visits his family in the Thon Buri district of Bangkok. They are not close but at least the thought gives him a sense of belonging. Moreover, Songkran allowed him to join boisterous pool parties and water fights and "free his spirit".

However, the pandemic has ruined Songkran celebrations for the second year running. Korn has noticed that social distancing is keeping loved ones apart and eroding face-to-face relationships. When the third wave kicked in last week, he decided not to go home to reduce the risk of transmission.

Korn is one of many who are bearing the brunt of Covid-19 during the annual three-day festival, which starts today. When coronavirus swept through the country last year, the government cancelled holidays. This year, it has put public health measures in place. Water fights, powder smearing and foam parties are banned but the tradition of pouring water, religious activities and interprovincial travel is still allowed. In light of this, Life explores how the pandemic has impacted people whose businesses directly involve Songkran. 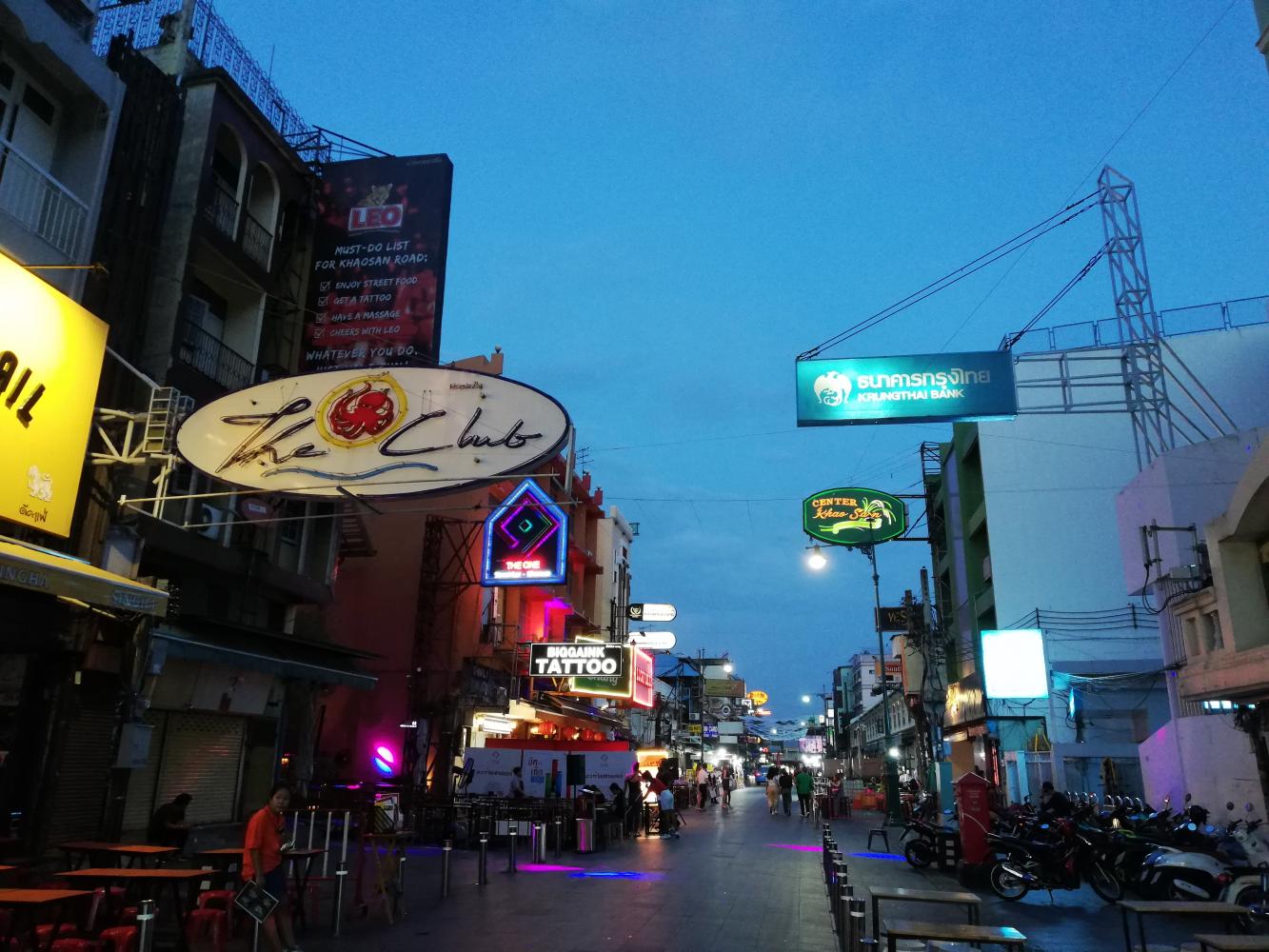 Khao San Road is unusually subdued on April 6, one day before its entertainment venues were ordered to close.

SITTING ON THE SHELF

Chinatown's Sampheng Market is a treasure trove of wholesale toys, including water guns, but very few passers-by are snapping them up this year amid a splashing ban. The neighbourhood is unusually quiet. Saengdao Tongoen, who has been a clerk in the market for over 10 years, said the pandemic is the death knell for water guns. They are usually imported from China every year and prices range from 20-600 baht, however, the most popular price points are below 300 baht.

"They grew in popularity five years ago. Many vendors bought them and resold them at Khao San Road and Silom Road. I normally sold around 500 per day as Songkran approached but last year, I sold almost none after the pandemic struck. Today, I can sell only 50 per day. Goggles, caps and waterproof pouches have also been left on the shelf," she said.

Saengdao said customers told her they wanted to buy small water guns to play with family members at home this year. While she is no longer making a profit, it is better than nothing because at least she can clear the dead stock.

"My shop has on offer other affordable products to make up for unsold items. For example, colourful bags are now popular. However, the muted festival has put me in a sombre mood," she said. 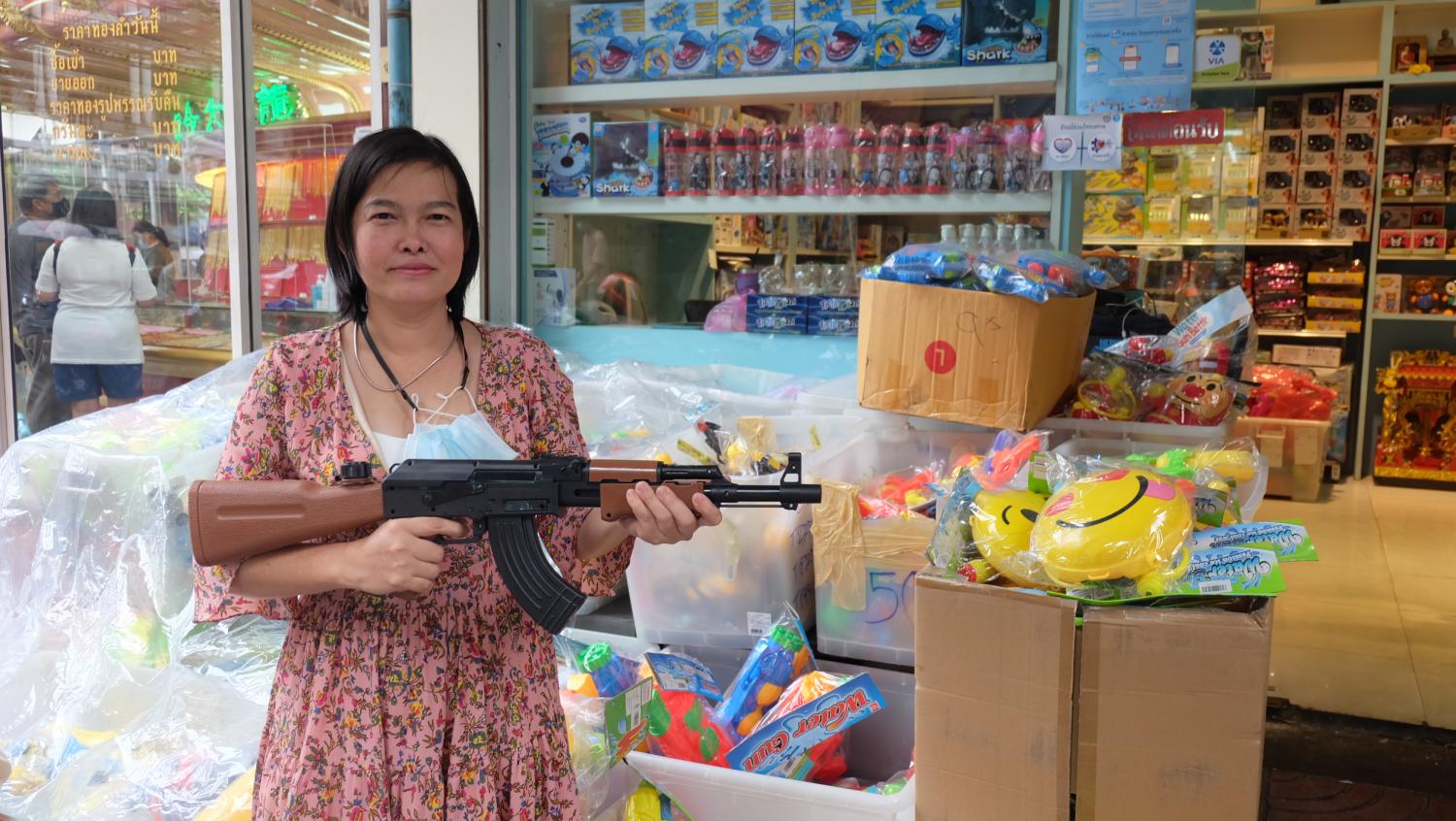 Saengdao Tongoen's water gun sales have dropped from 500 to 50 per day.

At the end of the long alleyway is the walking street that leads to Phahurat Market (Little India). Old shophouses boast traditional costumes and accessories inside the windows. However, Manee Goheng is the only vendor displaying floral summer shirts in an outdoor car sale. She had sold seasonal clothes here before the Old Siam Shopping Plaza took shape.

Manee said she can't sell other products because she has run out of money due to the pandemic. However, she wanted to pass down the tradition of wearing flamboyant outfits for the festive season.

"Water fights might not be a must but we should dress colourfully to keep our spirits up," she said. 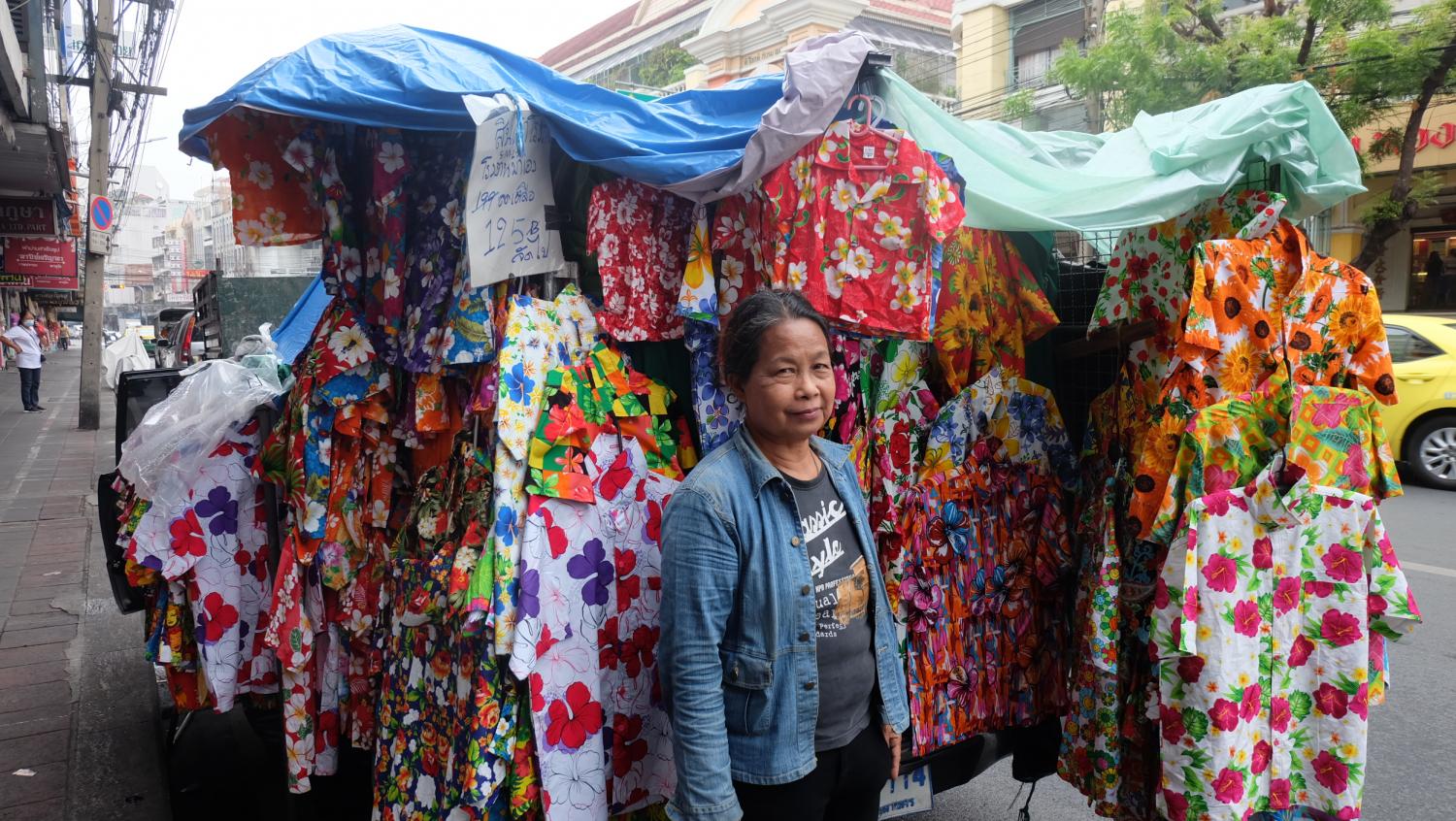 Nangloy traditional perfume has been a household name for a century. It is made from apocynaceae bark, nutmeg, brown sugar, frankincense, beeswax, rock flour and clay, and used in a wide range of ceremonies from weddings to funerals. However, the coronavirus outbreak has given even this famous item a hard time.

Dithapong T. Chiengthong, a fourth-generation owner, said he experienced huge losses last year as almost all orders were cancelled. Sales dropped to 20-30% of their maximum annual income of 10 million baht. Fortunately, he can still make a modest profit this year because some activities are being permitted.

"Wholesalers had stocked up on items in March though not at full steam as many were worried the items would become dead stock," he said.

Dithapong said the pandemic has forced him to adapt more quickly by expanding product lines. Fragrant alcohol gel sanitisers and candles are new in-demand products but their sales do not compare to century-old traditional perfume.

"I feel proud and under pressure at the same time. I was fortunate that my ancestors made perfume part of the national culture. You know, it is very difficult to be a big hit. However, I must find ways to preserve it," he said.

However, there are some businesses that don't know how to put their eggs in many baskets. The Baan Hin Song Kon community in Lop Buri is the country's most famous producer of white clay filler. All 200 households here only have one job.

Kamolros Sonyai, the president of the club of local manufacturers, said total sales have fallen by 90% for items that sold for 1,000-2,500 baht per tonne. In the past, they could sell 100 tonnes per day. While plate-shaped marl can be sold for the entire year, jar-shaped marl is sold for Songkran only.

"Following Covid-19, factories have bought less from us. We don't know what to do. I fear that local wisdom will disappear. Nowadays, the young generation chooses to work in factories because they earn a stable income. I wish our traditions would be passed on and continue to be the icon of the province," she said.

ON THE CUSP OF LIFE AND DEATH

Khao San Road is one of the most famous venues for Songkran. According to the Khao San Road Business Association, pre-Covid the walking street could generate a daily income of 20 million baht, and 100 million baht during Songkran. Yearly revenue stood at around 8 billion baht. The iconic landmark employed over 5,000 workers in hotels, entertainment venues and massage businesses, with at least 100 food carts and 400 stalls also present.

However, it is now a ghost town. A food vendor, who asked not to be named, said she had sold noodles for years before she changed to selling salad because she can keep the leftovers in a freezer. The majority of street vendors left the area after the first wave and many pubs and restaurants were also forced to close because owners couldn't pay rent.

"Those who remain here don't make any profit but they have decided to soldier on to look after their staff. We don't want the area to stay out of the limelight. There was hope that Songkran would bring back some former glory," she said.

Unfortunately, their fate now hangs in the balance. Sa-nga Ruangwattanakul, president of the Khao San Road Business Association, announced the temporary closures of entertainment venues from April 7-12 to prevent the spread of Covid-19 amid a third wave. Earlier, he said the area would undergo a transformation as the centre of guesthouses to entertainment venues for Thais because foreigners can stay in hostels close to the train station. 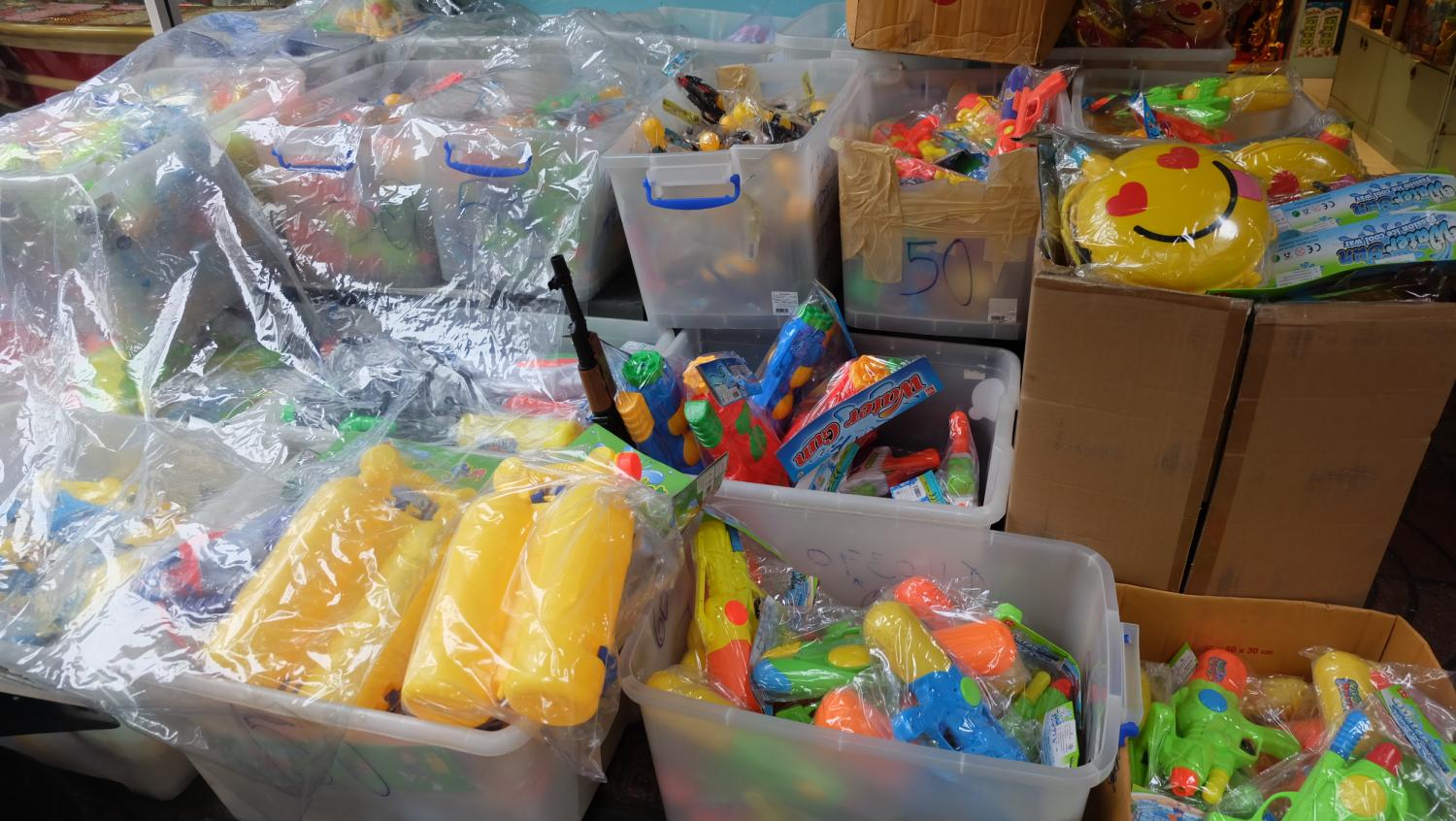 Saengdao Tongoen said the pandemic is likely the death of water guns as sales have dropped from 500 to 50 items per day. 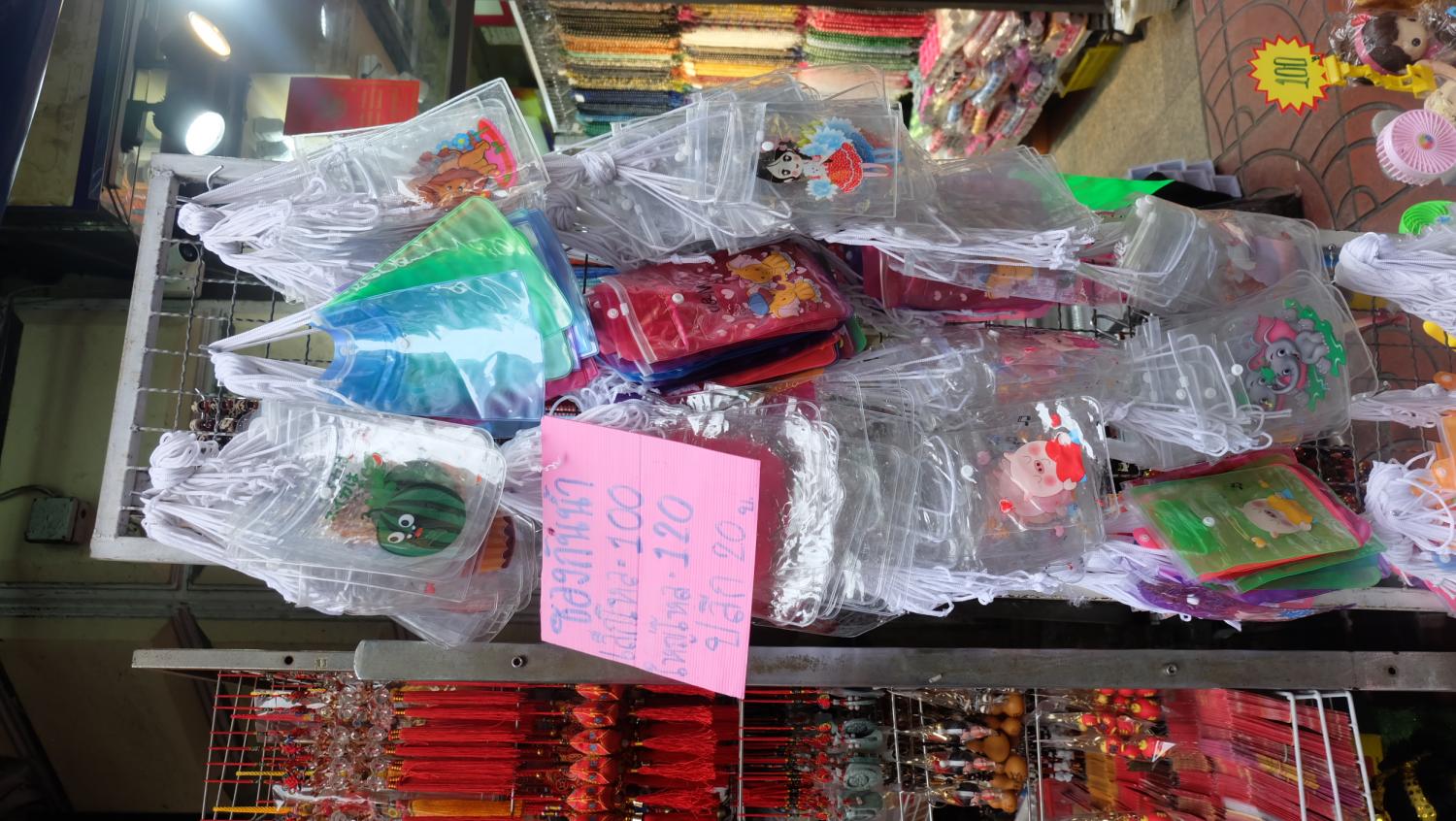 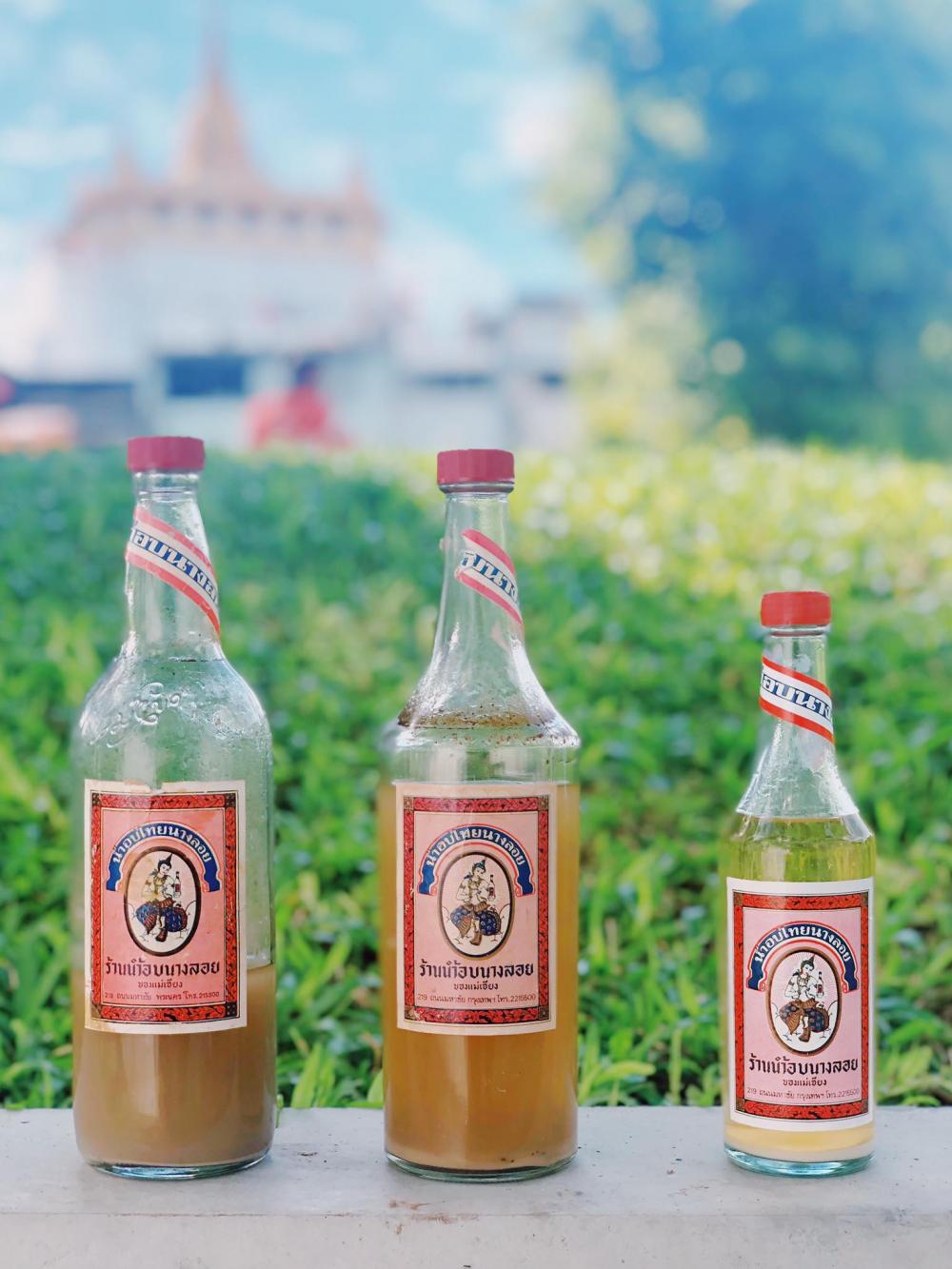 Dithapong T. Chiengthong, the fourth-generation owner of Nangloy traditional perfume, is finding ways to preserve the legacy amid the coronavirus outbreak. Photo courtesy of Nangloy. 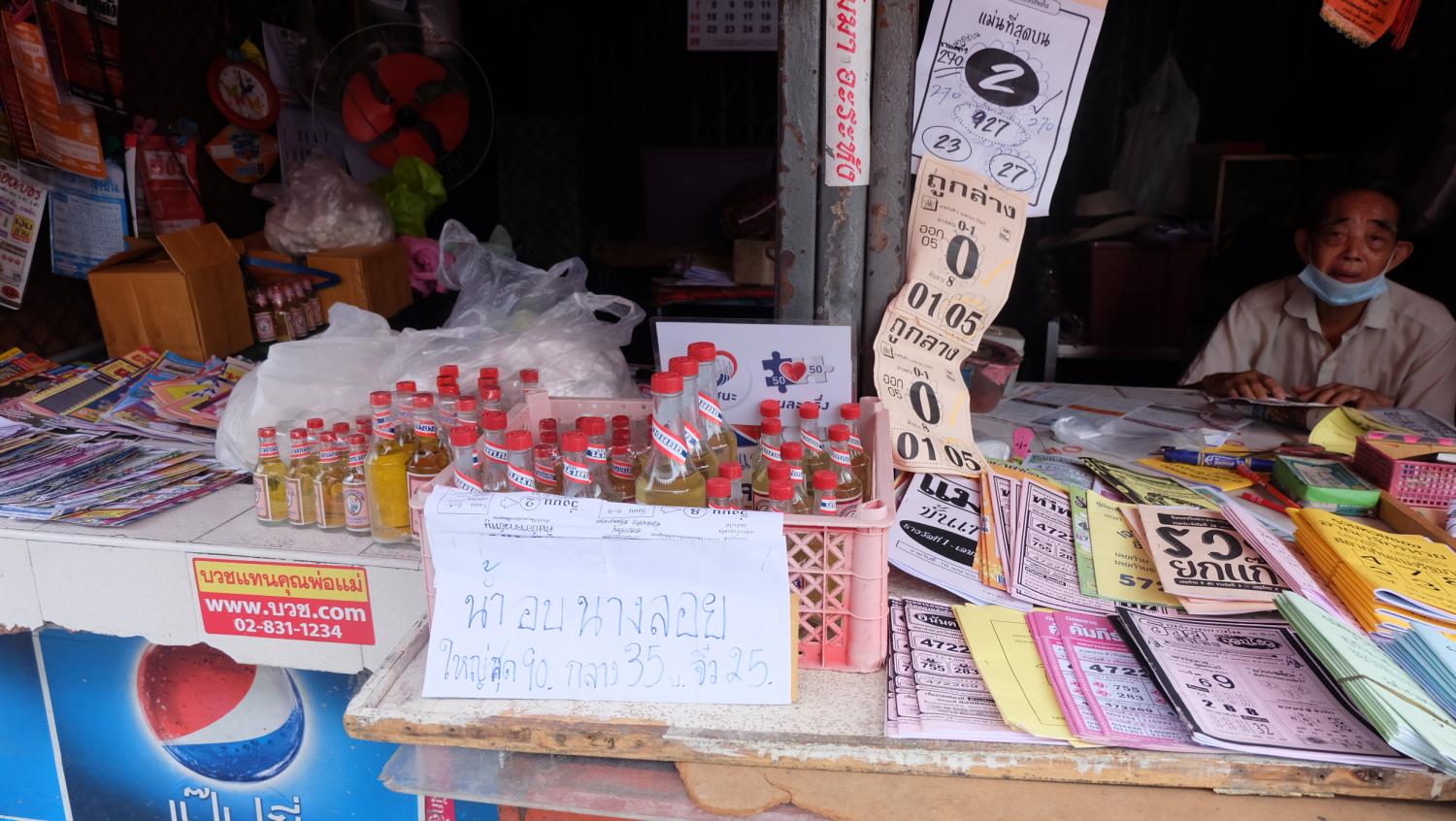 An uncle sells Nangloy traditional perfume at Saphan Song Market in Lat Phrao ahead of a muted Songkran.