Rusty tin shacks sprawl under high-rises and billboards. Rubbish scatters and floats down the foul-smelling river. Last year, fire broke out near a local mosque. With the third wave of the coronavirus outbreak, the Klong Toey neighbourhood is hanging by a thread.

Naowarat Sayan, 66, has lived in the Klong Toey slum for 40 years. Five members -- one of them falling sick -- cram themselves in a dilapidated house with a leaky roof and rickety wall. Thousands are living in what is the oldest and largest ghetto covering 198 rai of land in the country. Klong Toey is home to the urban poor who form the backbone of Bangkok but are shunned and left behind.

It is the consequence of rapid change after the 1932 Siamese Revolution. At the time, the government began to construct Klong Toey or Bangkok Port in an area of more than 2,000 rai. It led to a mass exodus of people from rural areas as they came by ship transporting construction materials. When the port opened in 1951, they continued to live and work here. New faces flooded in through word of mouth.

Hardship persisted for decades but when Naowarat saw her new house, she couldn't hold back tears of joy. She opened the door and found that "it is like a castle". A small park was in front of her home partly dabbed in purple. Children were riding bicycles and laughing.

Naowarat is one of those who received micro-houses under the habitation improvement scheme for the needy in Bangkok and 25 central provinces last month. It is being conducted by the Royal Thai Army in support of the royally initiated Jit Arsa (spirit of volunteering) of King Rama X. In light of this, Life talked to ML Varudh Varavarn, the founder and director of Vin Varavarn Architects, about how he designed affordable homes for low-income earners in Klong Toey. 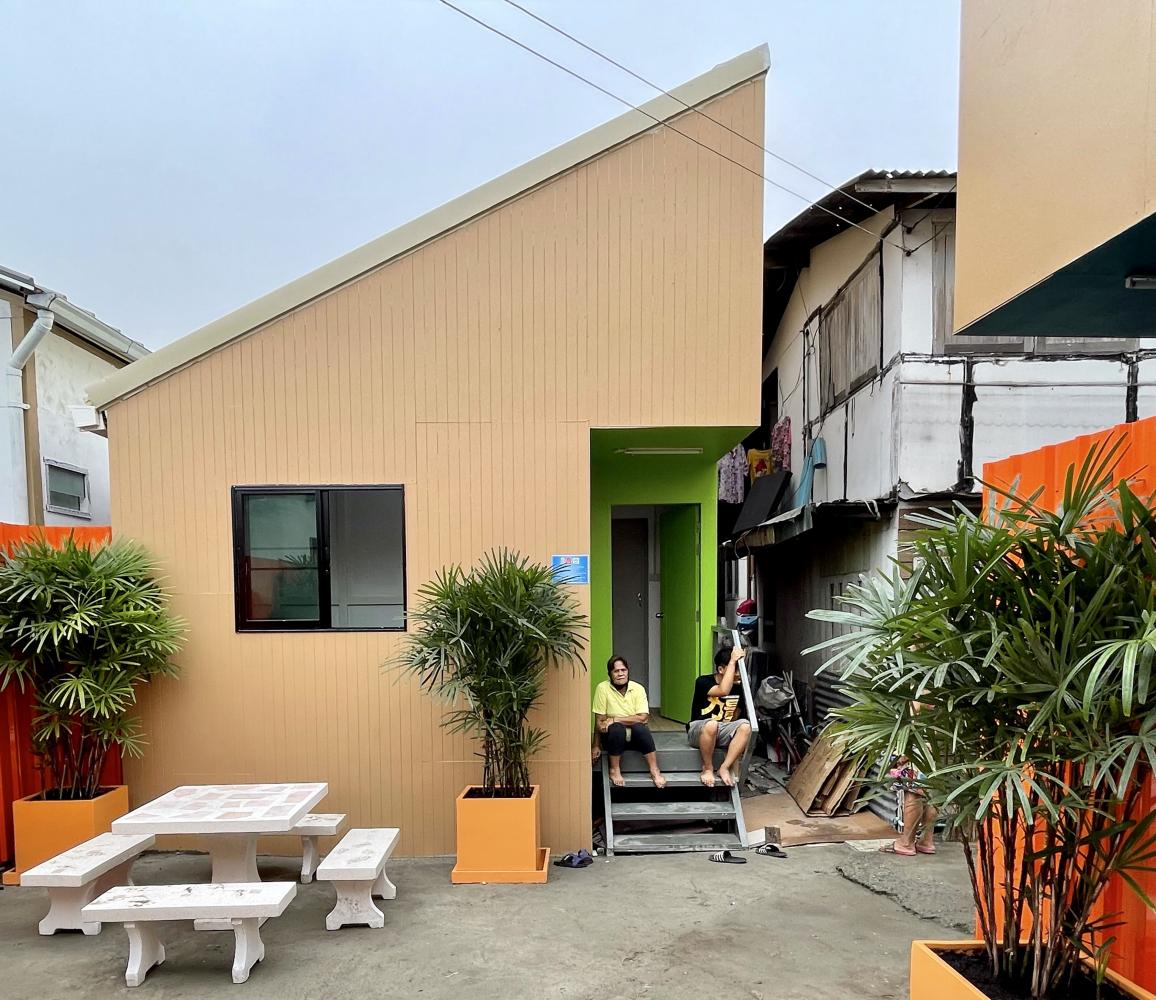 When Varudh visited the slum for the first time, he was shocked to see their living conditions. He walked on the swampy ground and saw children playing in dirty water. Rubbish piled up because the community was too confined for garbage trucks to enter. Only a stone's throw away, an old nun was forced to move out after a python took shelter in her tin shack.

"It is very congested and deplorable. When army technicians started construction, they put materials outside and carried them piece by piece. They had to stamp posts into the ground because pile drivers couldn't be brought in. The lack of machines can cause errors. Some of them were also allergic to dirty water," he said.

Under the scheme, the committee reviewed applications from low-income families with run-down houses in Klong Toey. It received financial support from the Charoen Pokphand Foundation. In the first phase, the project rebuilt 28 houses but they didn't fit individual needs. Then Varudh was asked to help develop new prototypes. It delivered an additional 38 homes last year and plans to offer another 47 this year. The first lot of nine micro-houses were handed over to residents in Soi 4-6 early this month. Staff are working on the next batch.

Varudh said the construction has proved challenging because each house is located on unequal land. He can't use a one-for-all prototype. Instead, he customises for each family within a budget of more or less 100,000 baht. In the process, he found that they have a very strong sense of belonging.

"In the past, there were attempts to divide the land equally but they refused and opted out of the project. I think they must have struggled a lot to live here, so they don't want to lose it. It explains why some big families are living in very small houses. There is no one-size-fits-all model," he said.

Micro-houses are free from gables to allow free passage in case of emergencies. They are taller than previous models to prepare for an extension of additional floors. Roofs are made of metal sheets with 5cm thermal insulator. Walls and floors are made of fire-resistant fibre cement boards.

Surprisingly, local residents have shown a creative streak in designing their homes. At first, he used white and brown colours but they repainted them in green, blue, and pink. In this phase, he allowed them to choose their favourite colours to create a lively atmosphere. He also planned to build empty rooms to maximise space but they would like partitions because they want sleeping and living quarters.

"We have learned that it can prevent sexual harassment [at home]. In addition, we have changed hidden corners where youths engaged in unlawful activities into public spaces. When the area improves, people will take better care of their community," he said.

However, the habitation improvement scheme is taking place amid plans to relocate at least 12,000 slum households to make way for the construction of a smart port. The Port Authority of Thailand is offering three options to dwellers and conducting a survey. They can choose to live in condos under the smart community project, get a free plot of land in Nong Chok, or receive compensation for demolition and return to their provincial home. 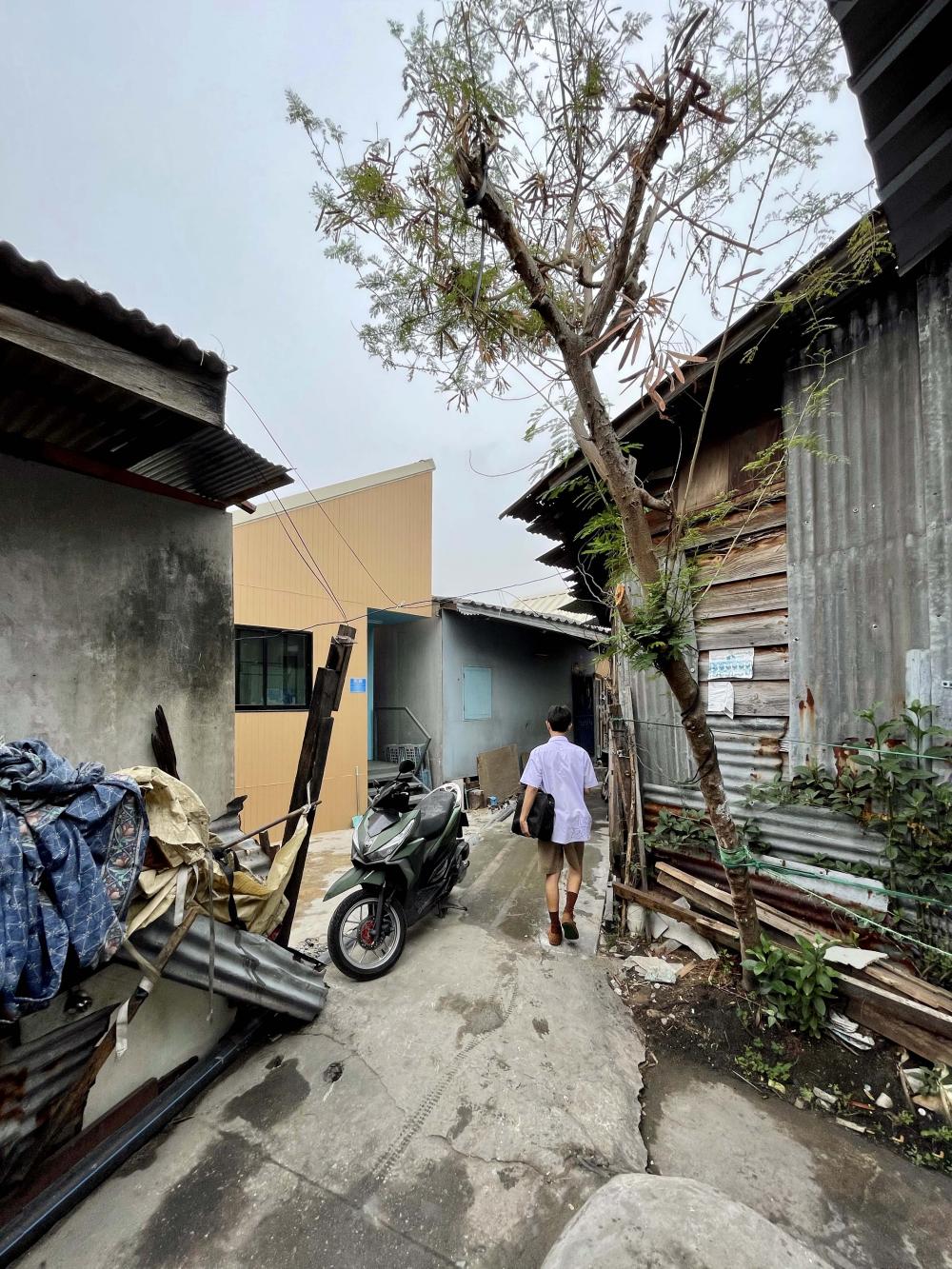 A student walks past a new micro-house.

Varudh is no stranger to volunteer work. In fact, he is a household name in the world of architecture. In 2014, a 6.3-magnitude earthquake destroyed 73 schools in Chiang Rai and the non-profit network Design for Disasters kicked off a post-disaster recovery programme to rebuild nine schools. He designed the earthquake-resistant Baan Huay Sarn Yaw School and won the highly commended award at the World Architecture Festival in 2016.

He used steel for the main structure and lightweight materials such as fibre cement boards and transparent resin roofing. Bamboo was also used to cover metal sheets to reduce noise pollution and heat, make rain gutters, and build flower pot shelves. This also became a model for the Baan Hong Hae School in Tak. Afterwards, he designed Baan Klong Bon School and art space in Phangnga.

He is now working with the Build Foundation to renovate a run-down floating classroom at a branch of the Baan Koh School in Lamphun. Located in the Mae Ping National Park area, it offers primary education to houseboat children. The movie The Teacher's Diary or Kid Teung Wittaya (2014) was also shot here.

"In the past, dam construction inundated the local community which divided villagers into two groups some of whom lived off the land while others dwelled on rafts," he said.

Apart from schools, he has designed sleeping quarters for ethnic children and portable earthquake-resistant parsonages. He believes that everybody can contribute to society.

"I never imagined that I will be at a point where I volunteer my services. I am an architect who designs beautiful buildings but with my experience, I can make my community better. Creativity can solve many problems," he added. 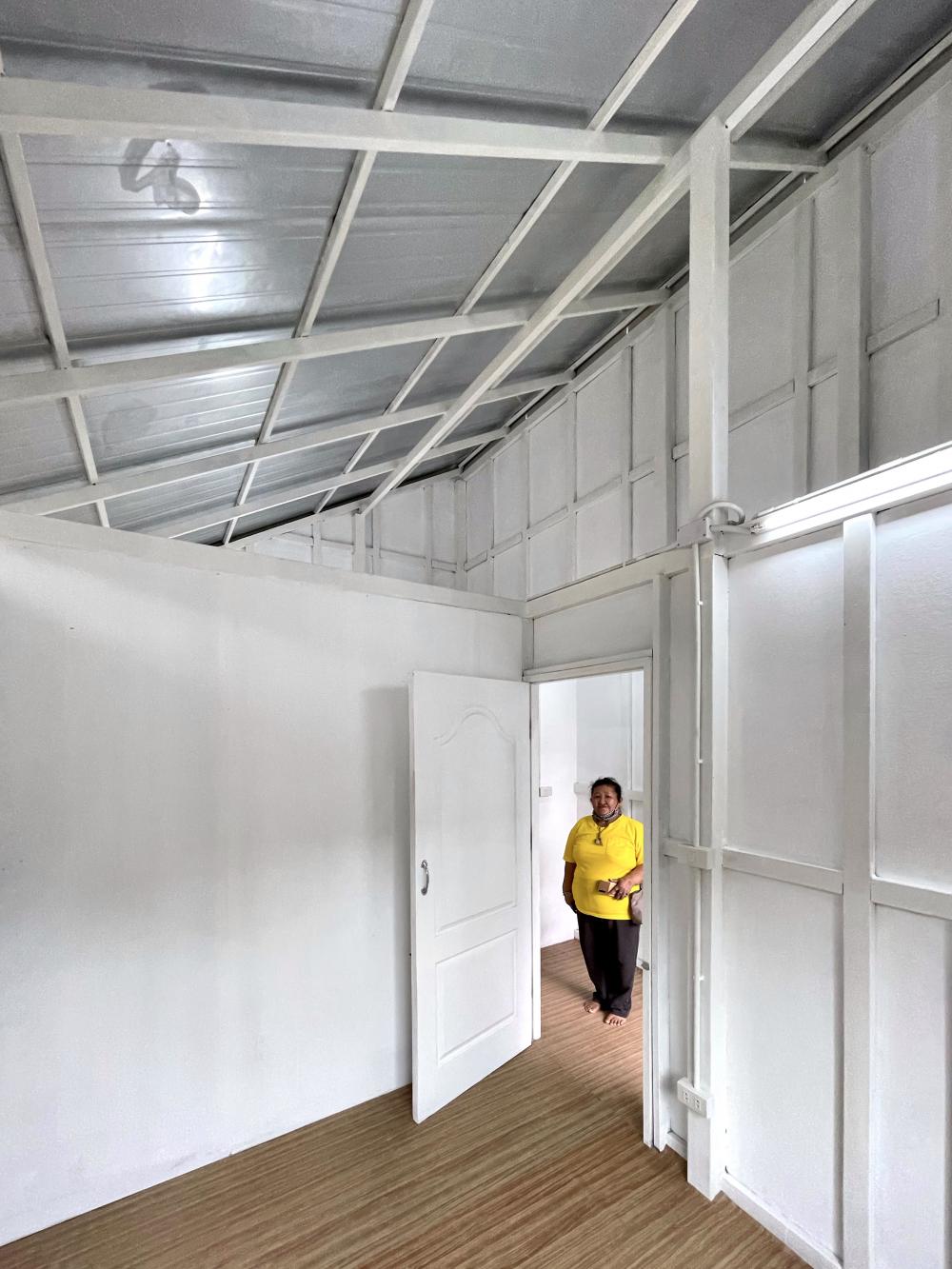 A woman explores her new home for the first time. 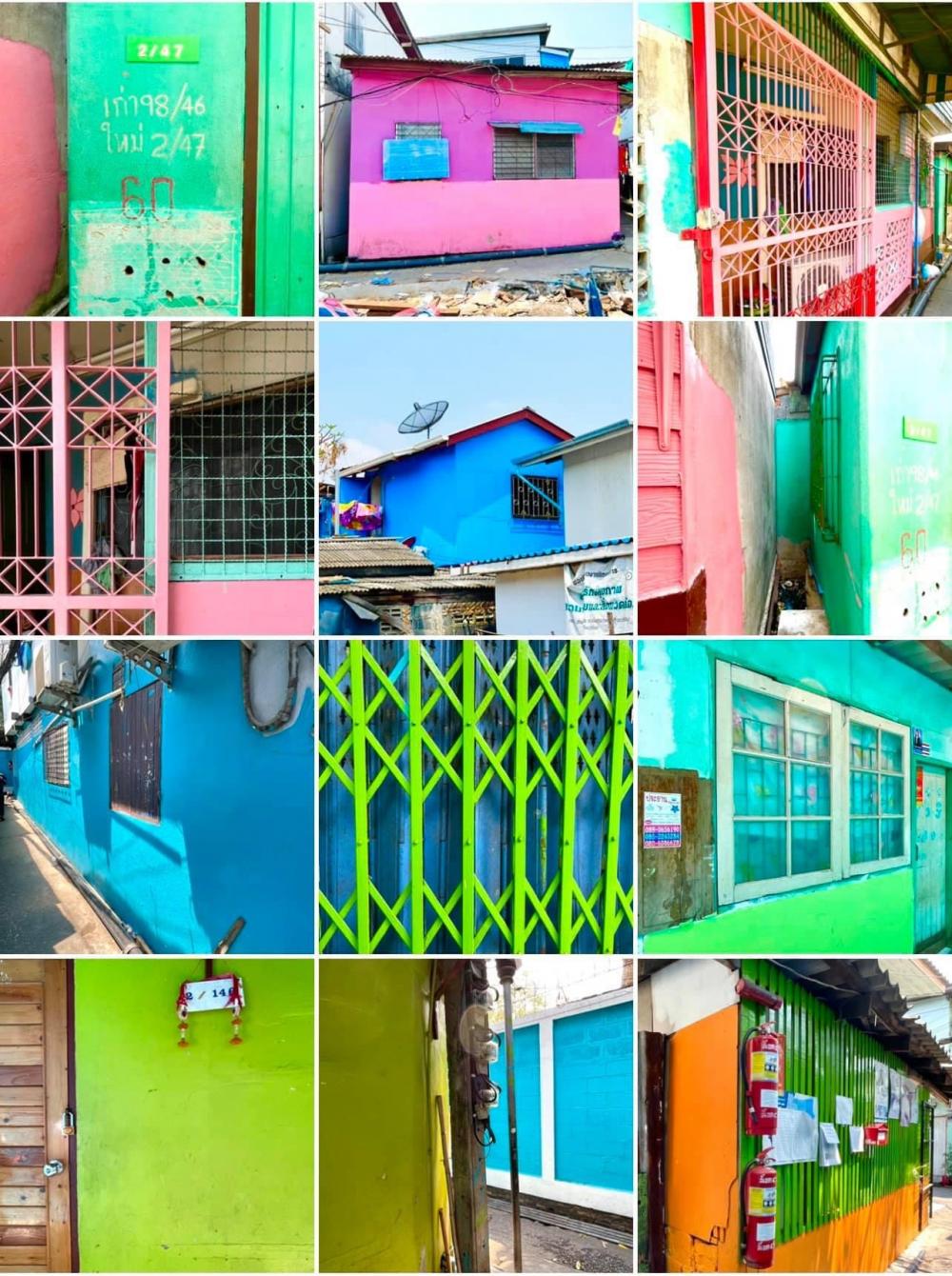 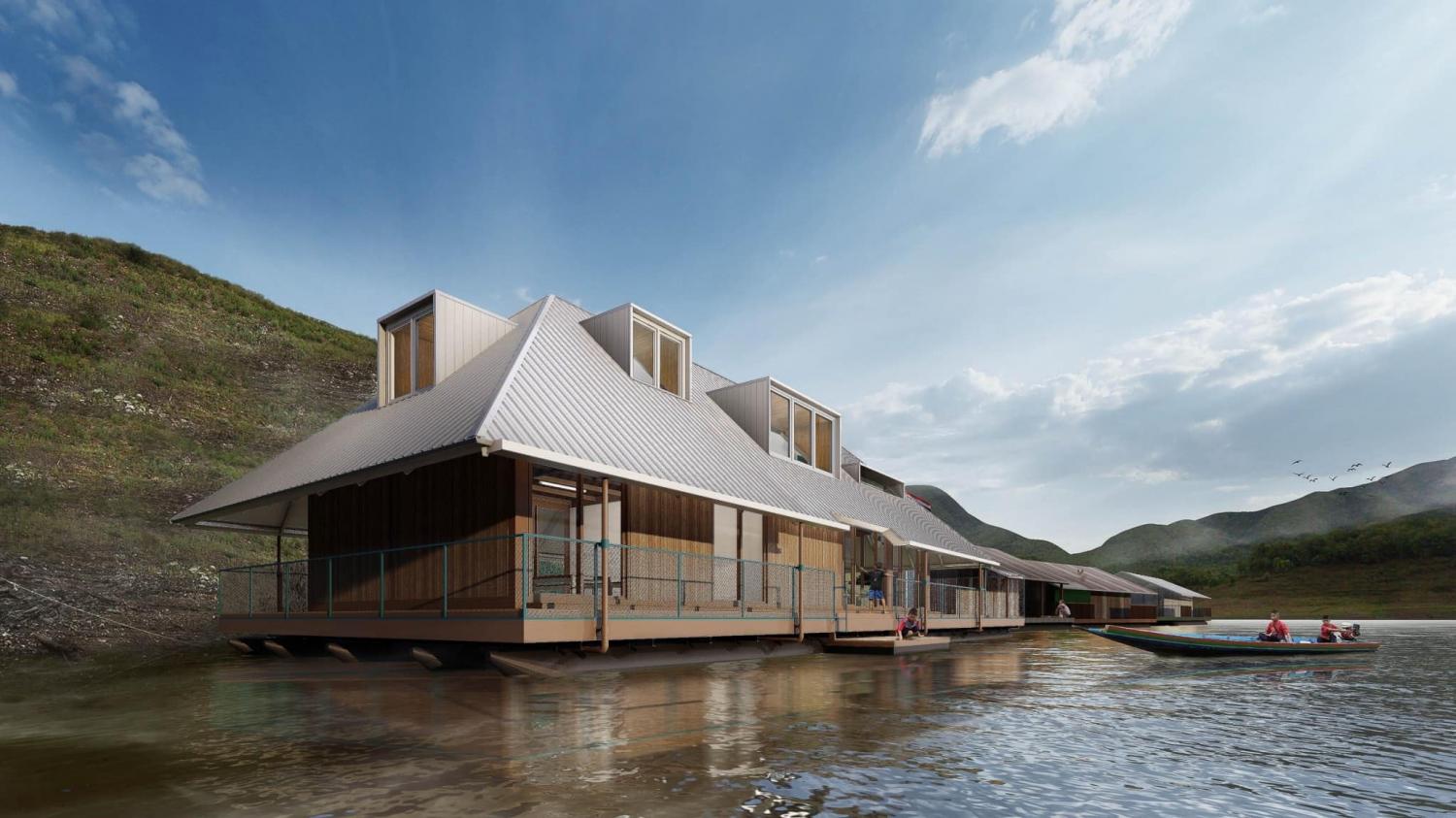 ML Varudh Varavarn, the founder and director of Vin Varavarn Architects, is working on a floating classroom at the branch of Baan Koh School in Lamphun. 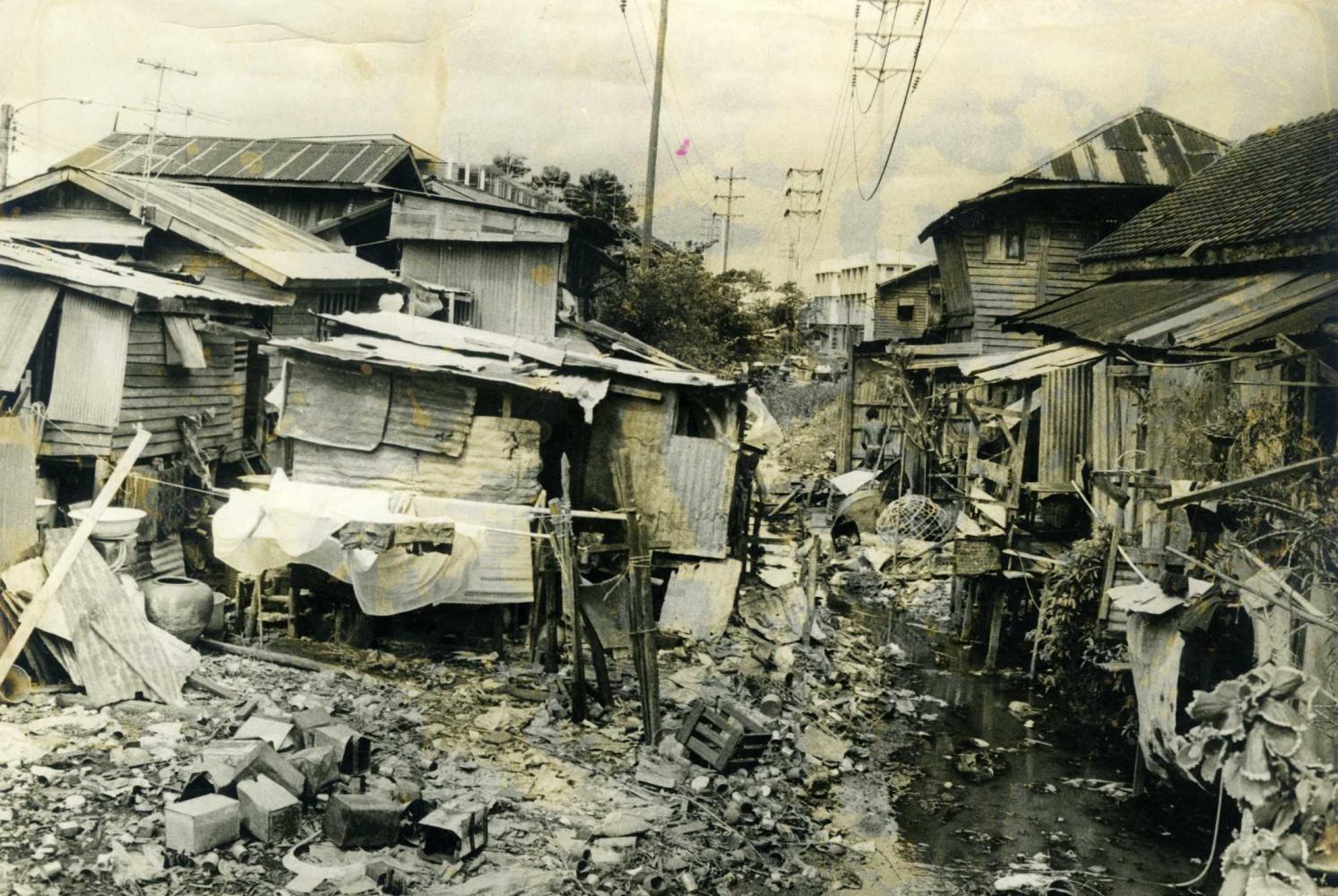 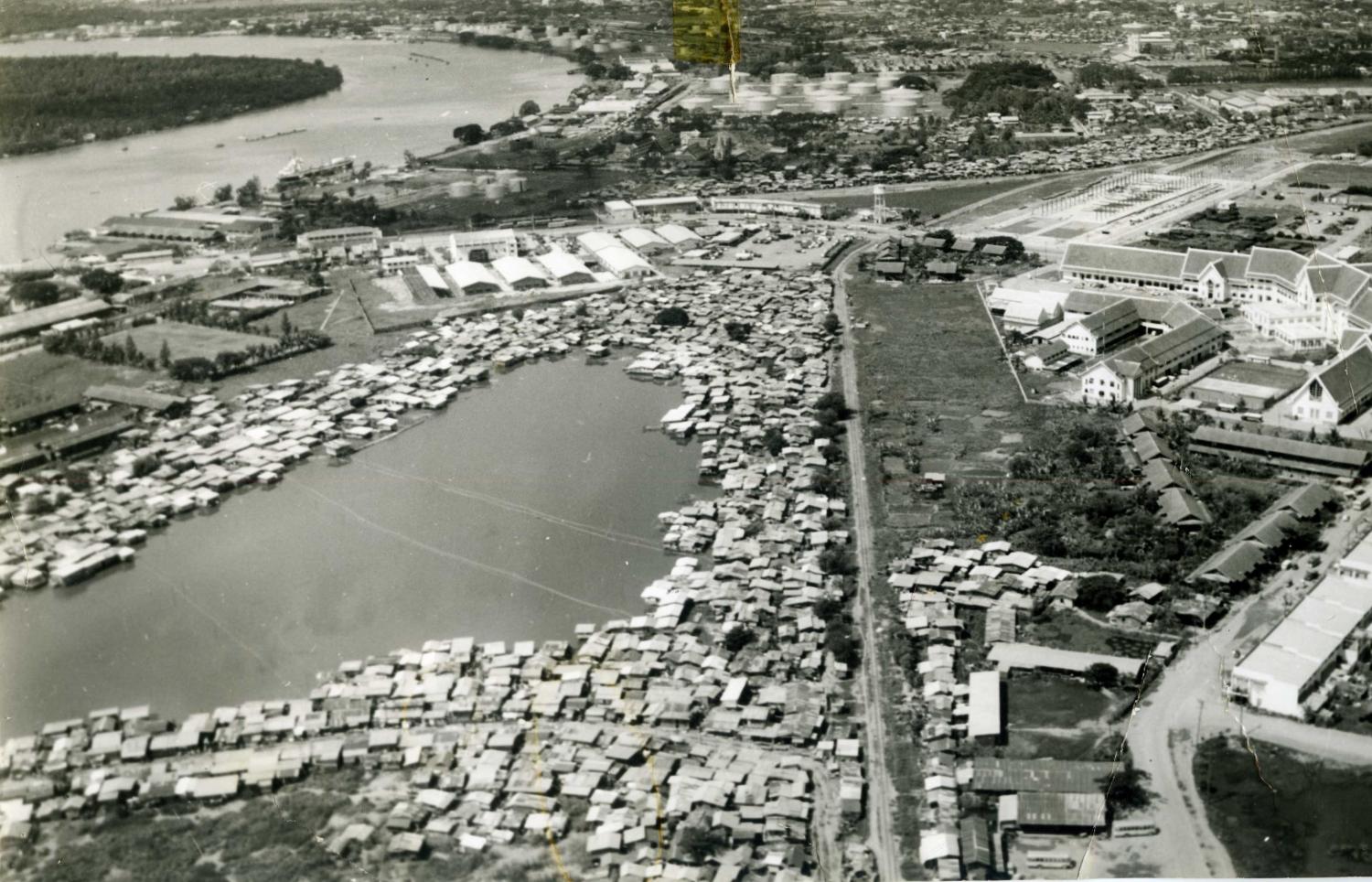