All eyes are set on the Constitutional Court who will soon decide whether to accept a watershed case in the battle for marriage equality. Permsap Sae-Ung and Puangphet Hengkham have lived together for over 10 years but their marriage registration request was rejected by the Phasi Charoen District Office. In response to this, they filed a complaint with the Central Juvenile and Family Court, which forwarded the case to the Constitutional Court for ruling on Section 1448 of the Civil and Commercial Code that allows only heterosexual couples to tie the knot.

According to the Foundation for SOGI Rights and Justice, the court moved its hearing date from last December to April 26 and postponed it again to June 29 due to the coronavirus outbreak. The case is one of those that highlight the struggle of LGBTI people in a conservative society. Campaigners are pushing for bills that will legalise same-sex union and entitlements amid concerns that they apparently are at a standstill.

The cabinet's approval of the civil partnership draft bill marked a milestone last year, but it falls short of giving same-sex couples all the rights and benefits offered to heterosexual counterparts. In contrast, observers said the same-sex marriage draft bill will ensure greater equality. To mark this year's Pride Month, lawyers and human rights advocates weighed in on the slow progress of marriage laws for the LGBTI community. 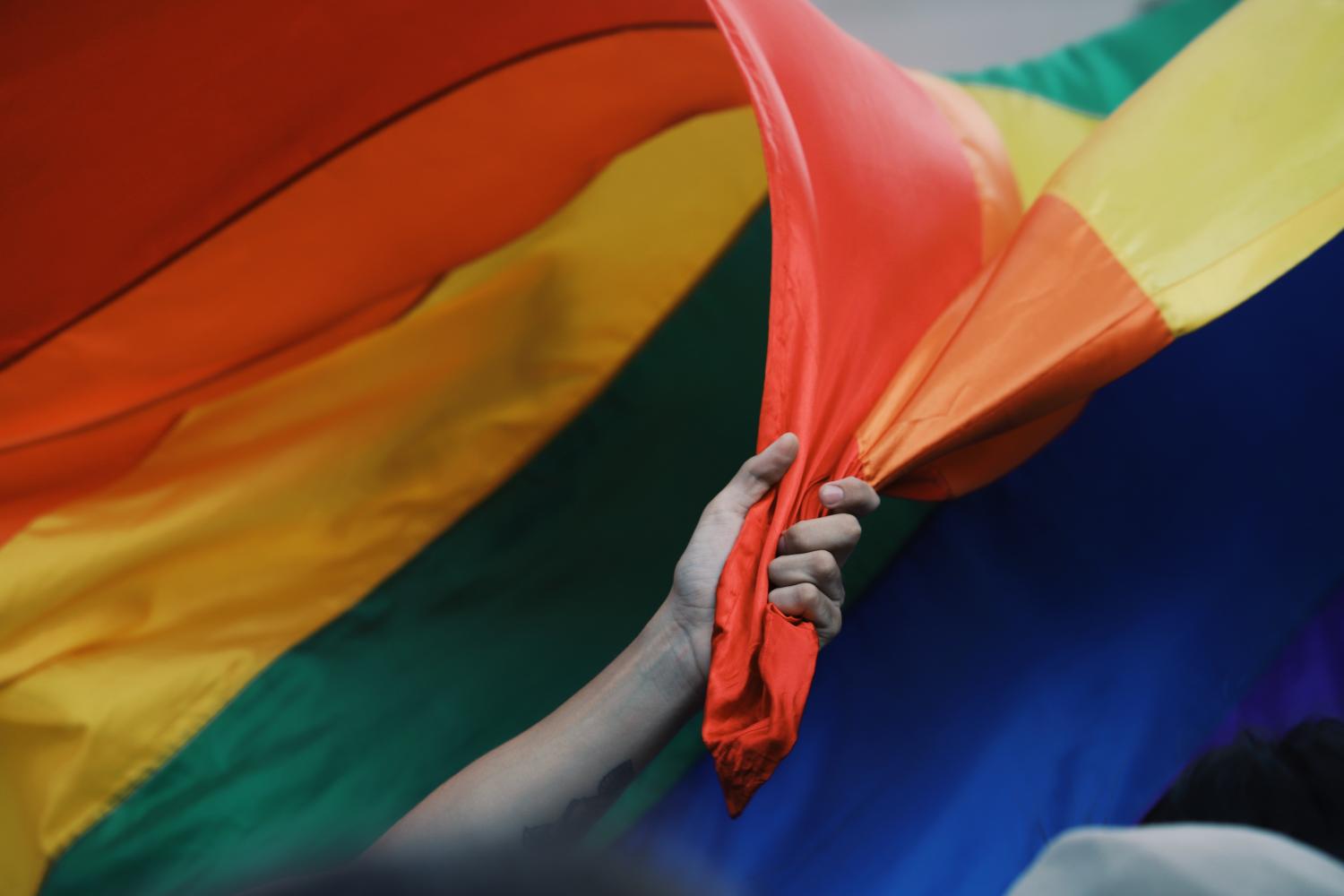 The civil partnership draft bill has come a long way. In 2012, a same-sex couple was denied the right to register for marriage. When they lodged a complaint with parliament, the Rights and Liberties Protection Department was to deliberate the law, but the military coup halted the process in 2014. In late 2018, the cabinet forwarded it to the Council of State. The cabinet approved it last July, but the government whip sent it back to the Justice Ministry for further review. It will be resubmitted by the end of this year.

Akawat Laowonsiri, lecturer at Thammasat University's Faculty of Law, has been involved with the bill since its early stages. His team worked with officials and civil society organisations on the draft until it became the Amphawa model (in 2018), but it went through further revisions to "find the balance" between different groups.

"It is now going through parliament. At first, we hoped to make it better than the Civil and Commercial Code, but it seems very unlikely now. Many factors determine whether what we consider good laws will be enacted. Some parts have been removed. However, campaigners should push ahead with the civil partnership draft bill. It is still not complete. Even if it is passed into law, each provision can be amended. For example, we can file a complaint with the Constitutional Court," he told a forum held on June 10 to mark this year's Pride Month.

The bill defines civil partners as those who are born of the same sex. Civil unions will be available to consenting same-sex couples who are at least 17 years old as long as at least one is a Thai national. Younger couples must get permission from parents and legal guardians. The bill covers rules for property management, adoption, and inheritance.

However, critics have expressed concerns that the bill will not include entitlements to all the rights enjoyed by heterosexual couples. Assoc Prof Matalak Seramethakul, lecturer at Thammasat University's Faculty of Law, cited examples of partners of civil servants who have been denied the rights to funeral assistance, rewards, pensions, and medical benefits. In some cases, they are not allowed to share accommodations because they are not married.

Meanwhile, the same-sex marriage draft bill sponsored by the Move Forward Party remains in queue for parliamentary deliberation since last November and will be reviewed by the end of this year or early next year. It seeks to amend the Civil and Commercial Code to allow anyone to be legally wed, regardless of sex. Move Forward Party MP Tunyawaj Kamolwongwat said it will change the terms "man and woman" to "person" and "husband and wife" to "married partner".

"People have expressed concern that it will infringe on the rights of men and women, but this bill respects every gender. It doesn't change the terms 'father and mother' because it will impact their rights to birth, child legitimation, and maternity benefits. We don't touch on that because LGBTI people can adopt children. They don't benefit from laws relating to fatherhood and motherhood. All in all, using the terms 'person' and 'married partner' will promote gender equality and diversity," he said.

Tunyawaj praised the Amphawa model but many stakeholders have watered it down. When asked about the progress of the bill, he said the disqualification of some members downsized his party but he has spoken to opposition and government MPs, including the Palang Pracharath Party and the Bhumjaithai Party, about promoting LGBTI rights at a previous parliamentary session.

"I have asked them not to politicise this. I am glad they want to submit their own bills. If they dismiss these topics, it will dent their public image," he said.

Prof Vitit Muntarbhorn, lecturer at Chulalongkorn University's Faculty of Law and former UN Independent Expert on Sexual Orientation and Gender Identity, said "they are going backwards" because while the civil partnership draft bill has been sent back to the Justice Ministry, the same-sex marriage draft law is in the hands of the weak opposition party.

"There is little chance of it being reviewed by parliamentarians at the moment. It is a pity. Two years ago, we hoped for a civil partnership bill even though it didn't equate to marriage. They have now regressed. Thailand lacks political commitment to push it through. It is not the top priority of those in power. However, we should go ahead. I am okay with both. It could go either way to show respect for love and companionship," he said. 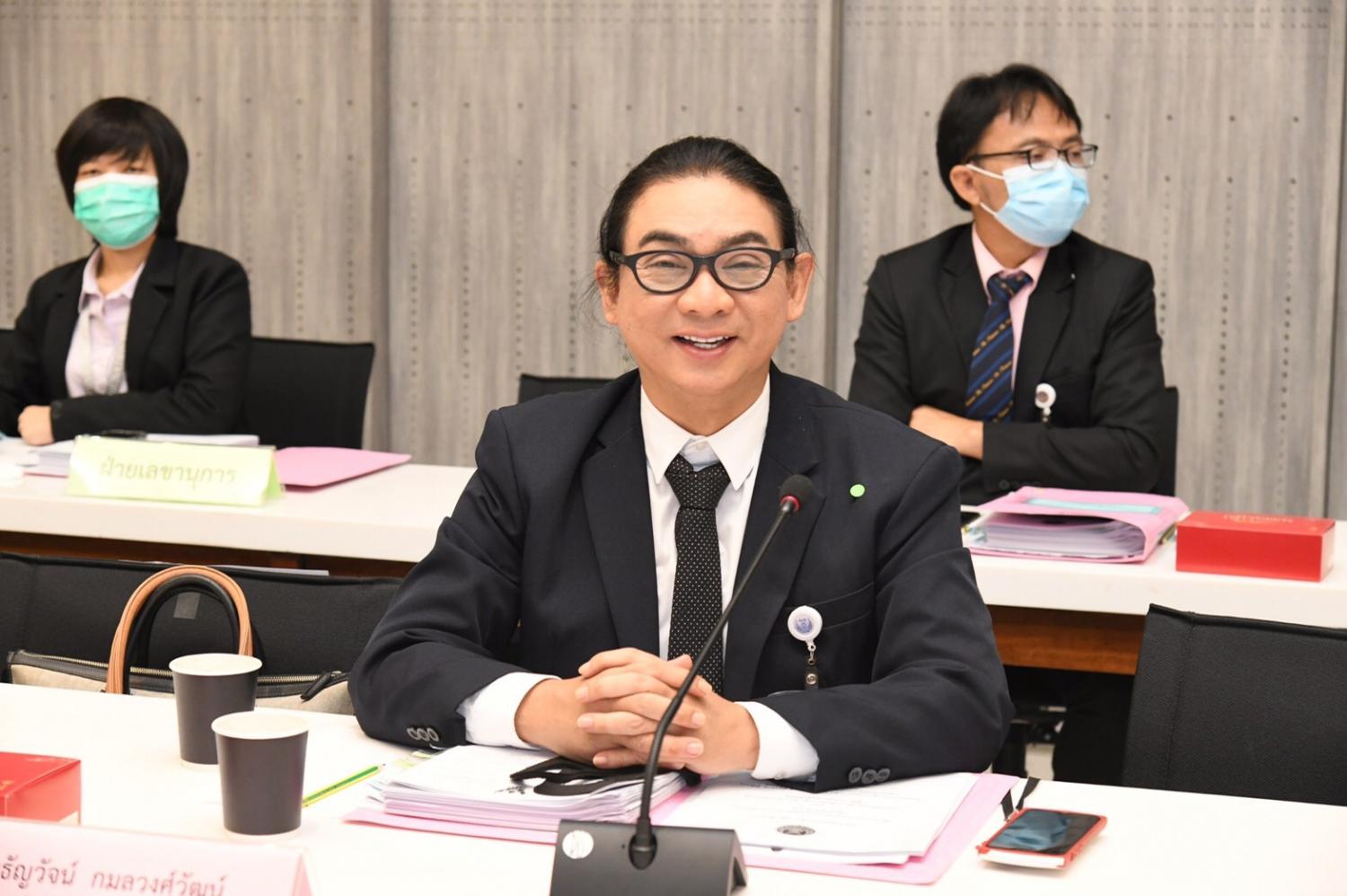 The lack of relevant laws has left LGBTI people in a precarious state. Pundits said the Gender Equality Act of 2015 is the only law that protects them from gender discrimination. Sirisak Chaited, a human rights advocate, said they are outwardly accepted but not legally guaranteed. Currently, there are no laws on marriage and gender recognition. Even the Gender Equality Act tolerates discrimination in some cases involving security and religion, which is tantamount to inequality.

"Thailand has earned its reputation for being a paradise for LGBTI people but there are many discriminatory practices. We think we are in a better situation than other countries and inculcate virtue into LGBTI people. People keep saying you can be whatever you want but be good. It is conditional acceptance," Sirisak said.

Kathawut Khangpiboon, lecturer at Thammasat University's Faculty of Social Administration, said LGBTI people never enjoy the same rights as others, such as family and gender recognition. Laws and policies should be put in place to protect all citizens from cradle to grave.