The National Centre for Genetic Engineering and Biotechnology (Biotec) is testing three different Covid-19 vaccines. Its target is to have at least one vaccine enter clinical trials by September.

The man driving vaccine development is Anan Jongkaewwattana, director of Veterinary Health Innovation and Management Research Group of Biotec, which is under the National Science and Technology Development Agency (NSTDA). Anan earned a PhD in Microbiology from the University of Alabama Birmingham and was a postdoctoral fellow at St Jude Children's Research Hospital in the United States where he worked on technology to reverse engineer the genetics of the influenza A virus in 2006, a year after he became a researcher at Biotec.

After returning home from abroad, he continued his research and built a team to work on the influenza virus. The team has gradually grown from a virology and cell technology laboratory to a virology and antibody technology unit and rebranded as the Veterinary Health Innovation and Management Research Group.

The research team, consisting of 22 scientists, has successfully developed vaccine prototypes against the H5N1 and H5N3 avian flu. In early 2009, when the influenza virus (H1N1) or the swine flu was found in Mexico and started to spread months later, the team was able to develop a vaccine against it.

The vaccine made by his team was not limited to humans. Over a decade ago, Anan also managed to introduce a vaccine against Porcine Epidemic Diarrhoea Virus (PEDV), a coronavirus that causes diarrhoea and vomiting in pigs and killed infected piglets. The vaccine was rolled out at pig farms.

Anan is known as an expert in molecular virology, specifically in the field of reverse genetics technology development of RNA viruses. He spoke with Life about the process of developing a Covid-19 vaccine with his team. 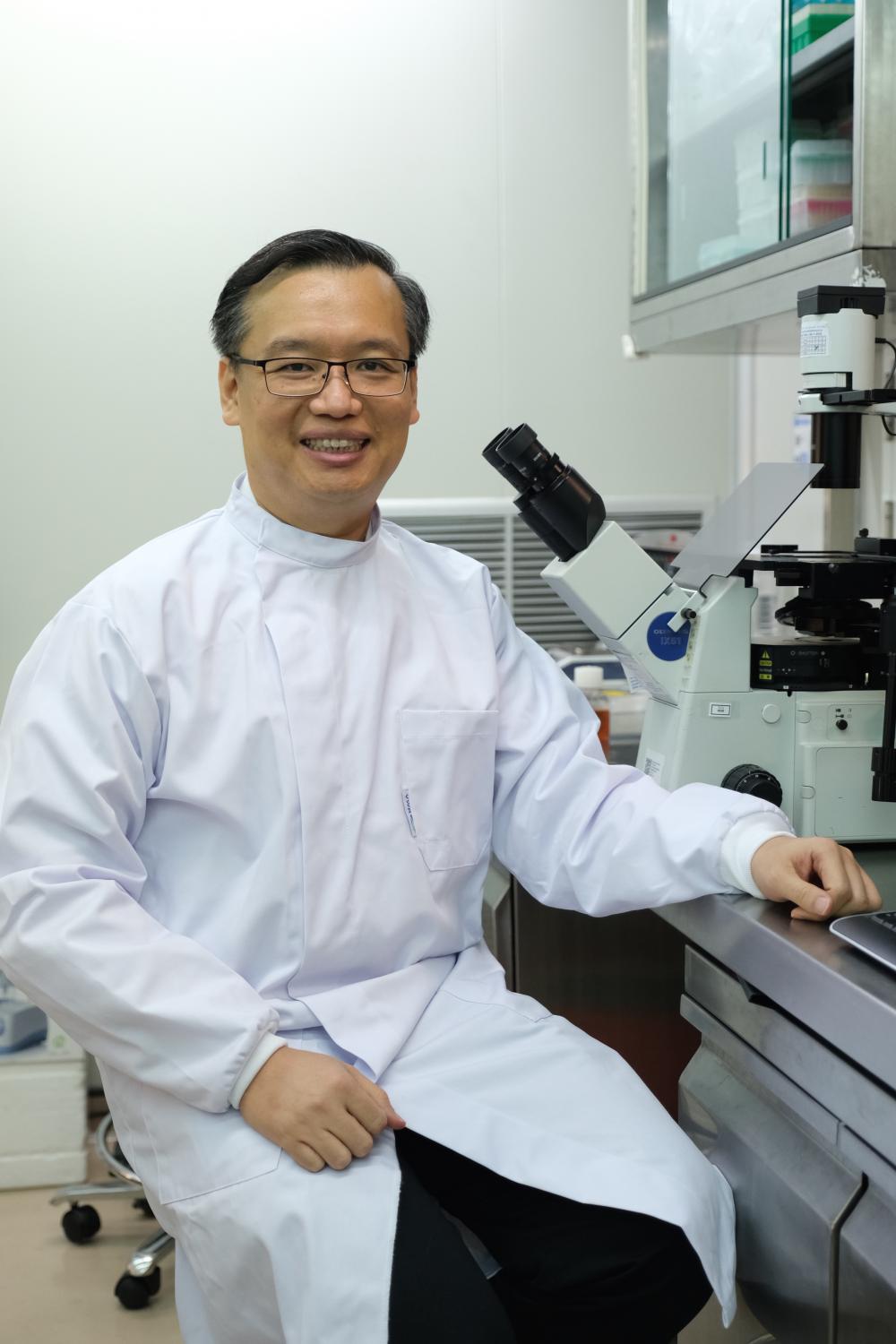 What types of Covid-19 vaccines are you working on?

When we learned about the Covid-19 outbreak last year, we started developing a vaccine by using the knowledge we have on influenza and coronaviruses. Our first candidate is a co-flu nasal vaccine against both influenza and Covid-19.

We have also developed a virus-like particle (VLP) vaccine because we have the expertise (the technique has been effectively used to create vaccines against hepatitis B, malaria and human papillomavirus).

The third vaccine candidate is a viral vector vaccine. We use adenovirus type-5 (a harmless cold virus) to carry spike proteins of the coronavirus into the body at which point our immune system will produce antibodies to fight off infection. It will be another nasal vaccine.

How is the progress?

We've been hard at work on the co-flu nasal vaccine, however, we had a technical problem while working on mice at the National Laboratory Animal Centre of Mahidol University. The laboratory had a power blackout and caused the death of test animals, so we need to start over. The university will conduct tests in its new facility in Sai Yok (Kanchanaburi), which is still under construction. I think the co-flu vaccine may be the last candidate we will introduce.

For the VLP and viral vector vaccines, we are working with the Armed Force Research Institute of Medical Sciences (AFRIMS), a joint US-Thai infectious disease centre on Ratchawithi Road, to conduct laboratory testing in animals. It may take about eight to 10 weeks to acquire the results. Meanwhile, we are also running a parallel test of vaccine doses in large rats to learn about potential side effects. Afterwards, we will submit two research papers to the Food and Drug Administration (FDA).

I hope that by this fiscal year or September, we can start human clinical trials on at least one vaccine candidate. I think it might be the viral vector vaccine. We plan to conduct two phases of clinical trials, requiring a total of 150 candidates. 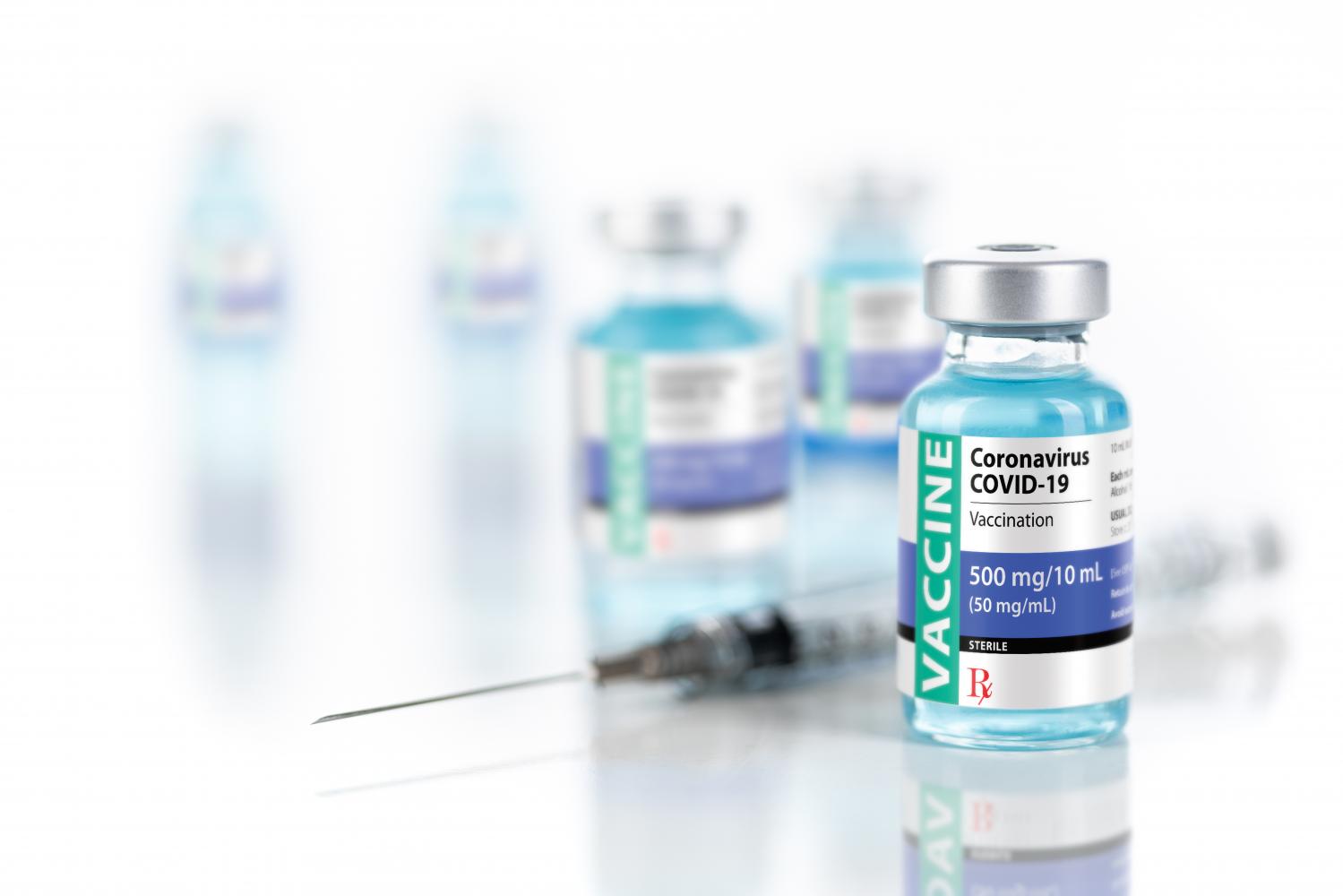 Why can't you conduct your own pre-clinical tests instead of working with AFRIMS?

AFRIMS is the only research centre in the country that has the facility to handle live viruses. The lab is categorised as a BSL-3 level while our lab in Biotec is BSL-2 level (BSL refers to biosafety level and ranges from one to four). Whereas a BSL-1 lab can handle low-risk microbes, a BSL-4 lab is able to handle deadly infectious agents such as Ebola. Thailand does not have a BSL-4 lab.

When we developed vaccines against bird flu almost a decade ago, we realised the necessity of a BSL-3 lab to speed up the vaccine development process. We asked the government for a 350 million baht budget but the Budget Bureau turned down our request, citing that the facility was not needed. It was unfortunate that the government did not foresee the future. If we had built the facility at that time, today the country would not be in this situation (Covid-19 vaccine shortage). Lacking such a facility is a factor that delays the development of local vaccines while the bureaucratic procedure is another problem that consumes our time and energy.

Earlier this month, the government allocated a 200 million baht budget for Biotec to develop prototype vaccines. How do you plan to spend it?

It took the government 1.5 years to approve the budget that we asked for since the start when we set off to develop our Covid-19 vaccine. However, we did not wait as we couldn't afford to lose time during a pandemic, so we asked for about 5 million baht from the NSTDA to initially support vaccine development last year. The NSTDA does not have a big budget but it has been able to share 20 million baht with us to start a BSL-3 lab, which is under construction.

After receiving the allocated budget this year, we plan to spare 40 million baht to produce 10,000 doses of Covid-19 vaccines for clinical trials. The remaining funds will be used for lab tests and for handling mutated strains of the virus.

Which variant makes you worry the most?

The Delta variant. It is the cause of global concern because the variant spreads more rapidly than the Alpha variant. It is also the immune escape variant, meaning there is a high chance people can get infected, especially in countries that have a low vaccination rate.

Based on information from the Medical Sciences Department, the Alpha variant is the country's major variant today. The department has been collecting information since the start of the third wave (beginning of April) but we have also found that the Delta variant (first noticed in the third week of May) is also circulating. Comparing the numbers of people who have been infected by both variants during the same period, the Delta variant accounts for about half of all samples.

Don't you think that when Biotec is ready to launch the Covid-19 vaccine, perhaps next year, we may have too many choices of vaccines?

If it is like that I will be glad. I do not mind if our vaccines may not be used if most people are already vaccinated by then or we have more choice of vaccines. However, I am afraid the situation might not end up being like that.

We have not been slow in developing the Covid-19 vaccines. In fact, we started developing our prototypes almost the same times as vaccine developers in other countries, however, lacking facility has prevented us from moving on.

I think the Covid-19 pandemic has made the government realise the importance of supporting research and development of locally-made vaccines. It is also possible that we might see more investment in vaccine research facilities that will help leapfrog vaccine development in the future.