Some digital theatre productions that I've seen since the pandemic began have tried to make up for the loss of intimacy and sensory experience that live audience participation allows and the sense of connection to the performance and each other. Sometimes our participation makes the show or is the focus of the show. We the audience help tell the story.

However, (un)becoming kept audience participation to a minimum but still felt incredibly intimate. The audience was not there to help tell the story but you felt cared for and carefully guided in this relatively new terrain of theatre-making. Every artistic and technical choice was so carefully considered that the entire experience, from the moment you were permitted into the session until the moment you left, felt as exciting as it was welcoming.

Staged earlier this month, the play is part of "Festival For Women N.O.W. (Not Ordinary Works)", an arts festival presented by Singaporean theatre company T:>Works that began in 2019. N.O.W. 2021 is entirely digital, as the previous year, and runs until July 31.

Co-created, written and directed by Sim Yan Ying and Nabilah Said, (un)becoming expertly and seamlessly blended live and pre-recorded performances, studios and filming locations. Watching theatre via Zoom can be a flattening experience but the production made the best out of what Zoom has to offer. There were subtitles, which is not something every live streaming theatre production I've seen has made available. At one point, the audience could toggle between the characters' computer screens as they searched the internet for answers to their problems. 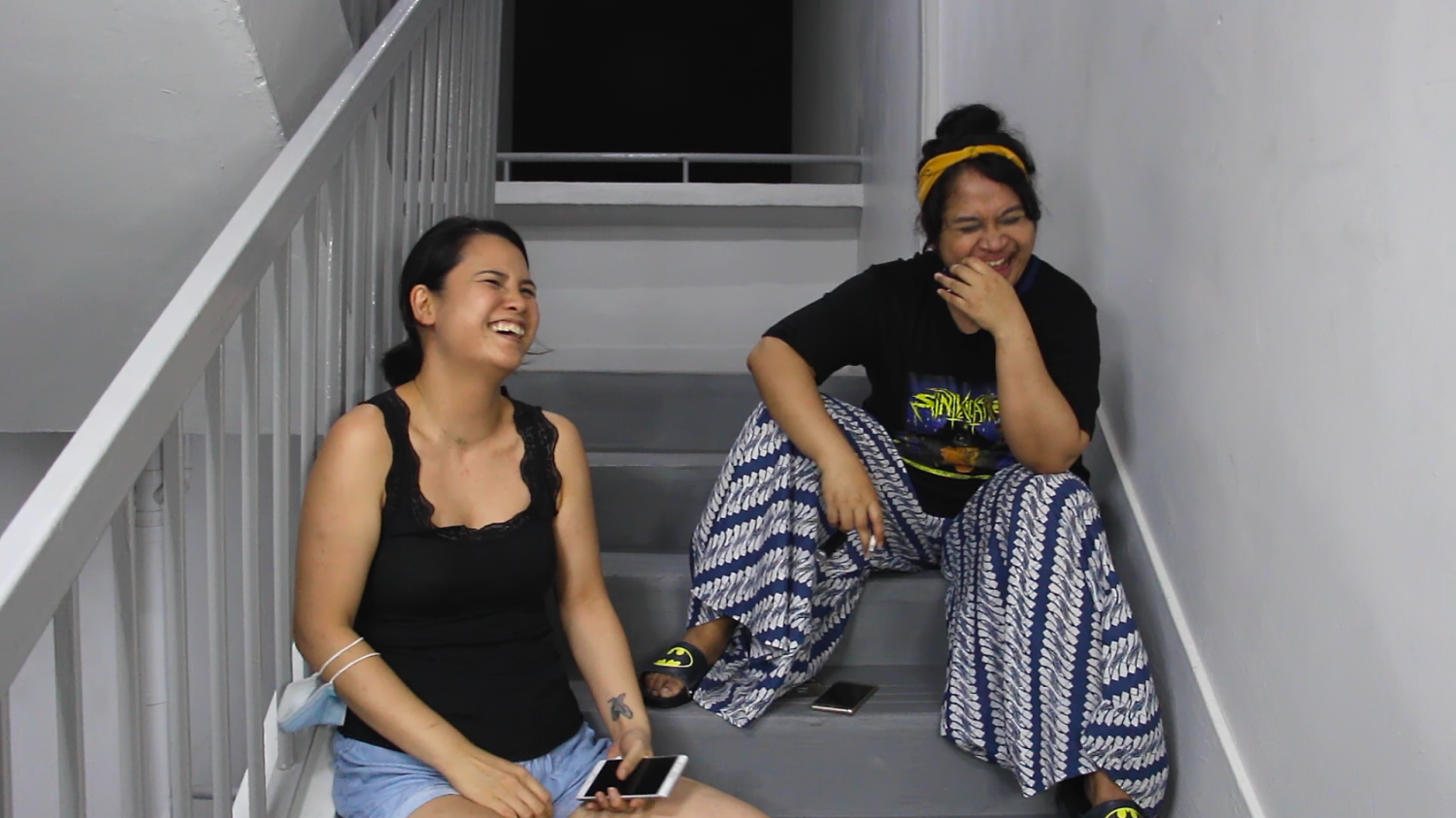 This is an astute digital production by a team that is thoughtful of human behaviour in the digital age. It's undeniable that our phone screens are a part of our bodies now. They hide our faces and yet are an extension of our faces. Sometimes, they can be even more revealing than our faces. The play effectively pieced together scenes where we saw the actors' faces and where we saw only their screens and heard the performers' voices in the background as they typed. Like our faces, our phone and computer screens are both public and private -- they're ours and others -- in ways that sometimes we can't control.

(un)becoming didn't just take us through different digital and physical spaces that the characters inhabit. Together with a little girl named Egg Key Key (Chanel Ariel Chan), we travelled through time and Asian myths and narratives of the mother-daughter relationship, most of which were unfamiliar to me.

As she journeys through the mythical and natural world in search of her own mother, Egg Key Key runs into modern-day mothers and daughters. There's Elaine (Isabella Chiam), a single mother in her 30s who's taking care of her ailing mother and constantly fighting with her teenage daughter Rina (Arielle Jasmine Van Zuijlen). Separately, Elaine and Rina find comfort, advice and friendship in Dewi (Suhaili Safari), a doula struggling with the death of her mother and a job that brings her into intimate contact with birth. 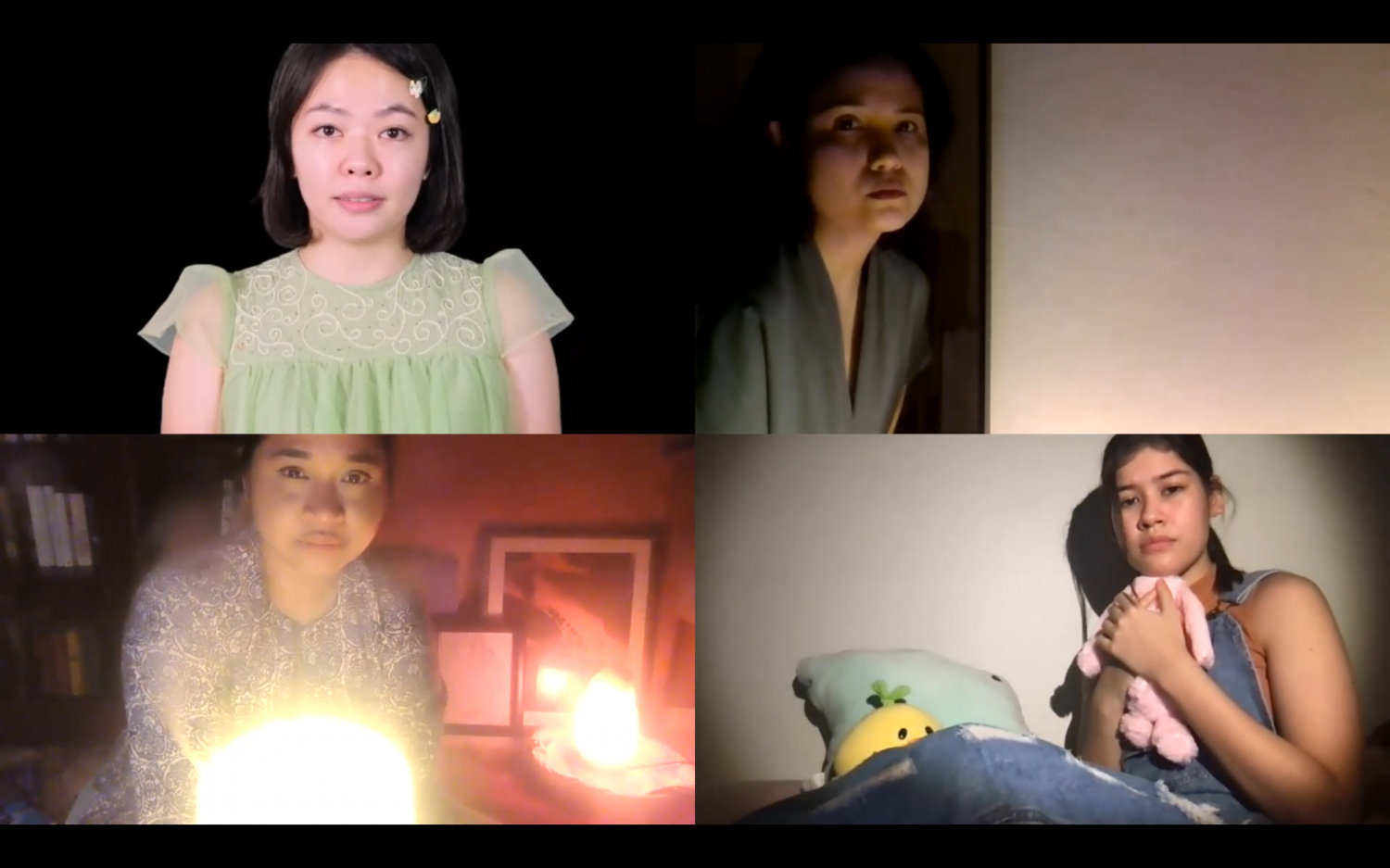 The relationships between the characters operate like a cycle of destruction and creation. As the mother unwittingly suffocates her daughter with love and protection, the daughter tries to free herself from the mother. But once liberated or in the process of coming into her own, the daughter is already searching for a replacement mother figure. Sometimes the mother knowingly abandons and harms her own daughter but sometimes nurture is nature. Dewi and Rina, for example, despite not being mothers, are able to instinctively recognise a child in need and nurture and protect her without being asked.

The two playwrights, performers and dramaturg (A Yagnya and Cheng Nien Yuan) collected not only mother-daughter stories from literary sources but also interviewed women and drew from their personal experiences to form these complex and relatable characters. Moreover, the cast gave such convincing and heartfelt performances.

The stories that (un)becoming unearthed, retold and continued are timeless. But as the pandemic persists and worsens in certain parts of the world and we continue to yearn for touch and intimacy, they also felt timely. These stories -- from past and present, from mythologies and reality -- are chained together across time and space to form one story of distance and proximity between people with complicated but inseverable ties.