Tech is helping create moral flexibility among the young generation

Young digital natives use online platforms to explore and express their identities, resulting in a new moral landscape different from older generations, new research has found. 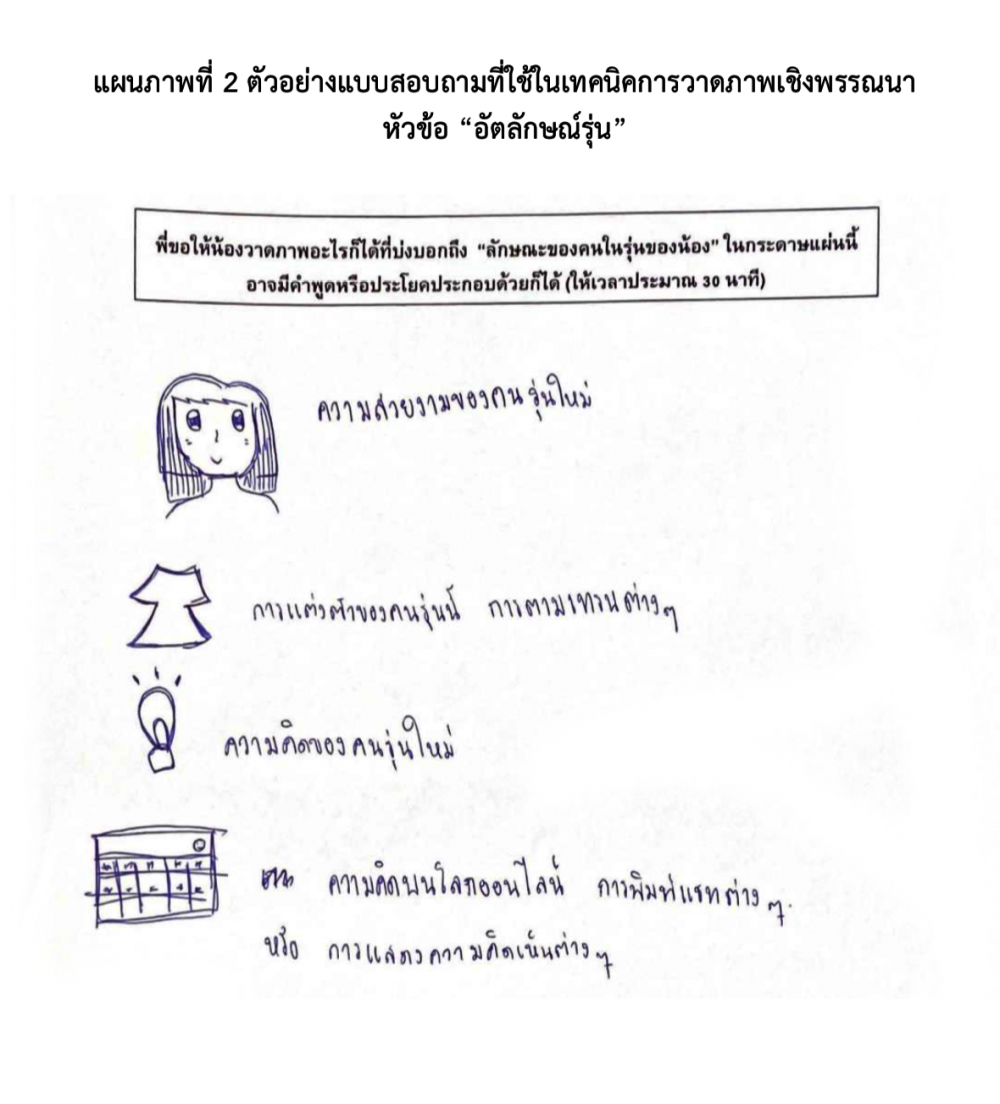 A student's description of her generation via pictorial ethnography. photo courtesy of Assoc Prof Chulanee Thianthai

"In their view, those who are the new generation are confident and spend time online. It gives them freedom and opportunities to learn about the world, which may lead to disagreement with others," said Assoc Prof Chulanee Thianthai, lecturer in anthropology at Chulalongkorn University's Faculty of Political Science.

The study, however, reported their ambivalence. Young participants said they are less assertive offline because they could not use cyberspace avatars. She cited one example which captured such contradiction.

"We take a lot of selfies for self-expression but use many applications for editing them," she said.

The findings were presented in a recent forum on open science and society held by the Centre for Science, Technology and Society. Researchers conducted the survey on 910 participants born between 1981-2006. They consisted of new digital natives aged 13-23 and old digital natives aged 24-38.

Chulanee said they used surveys and free listings to gather data from participants. In addition, they employed pictorial ethnography in some young students who struggled to put their ideas into words. They were followed up with in-depth interviews.

"A student in Mathayom 1 drew a picture and told us that everything is on her mobile phone -- be it social media, entertainment or education. Her peers use slang and some rude words to express their spirit. They are addicted to technological speed," she said.

The study challenges our common understanding. Chulanee said digital natives do not define themselves through the Western concept of generation cohorts because they are in a different context. Instead, they use either of three criteria -- mindset, lifestyle or technology skills -- to describe the new generation.

"But they stress that the need for a mindset that is open to change and adaptable," she said.

The study also dispels the myth that digital natives are good at technology because they are born with it. In fact, it started to play a major role in everyday life a decade ago. They are open to it because they think it is not difficult and offers convenience.

The fluid selfhood of digital natives has contributed to a shift in moral principles. Chulanee said technology exposes them to many worldviews. Many young participants said moral principles are personal and subject to change upon data and experience. On the other hand, those who are in the older generation are more unyielding.

"Young digital natives believe that there are many sets of moral principles. They can change not just within their generation, but today or tomorrow," she said.

Chulanee proposed that the change of ethics require a new type of education at all levels. Parents should change from inculcators to role models, teachers from providers to journey seekers, employers from experts to coaches, and the government from information controller to supporter.

Her study is available on khonthai4-0.net.