Travel restrictions have spurred virtual trips to explore the world. However, destinations need not be far as there are many interesting places in Thailand to discover.

The Ministry of Tourism and Sports together with the provinces of Suphan Buri, Ratchaburi and Kanchanaburi invite cyber tourists to experience landmarks and attractions through a 360-degree hybrid tour using AR, VR, 3D and Invisible Drone technologies. 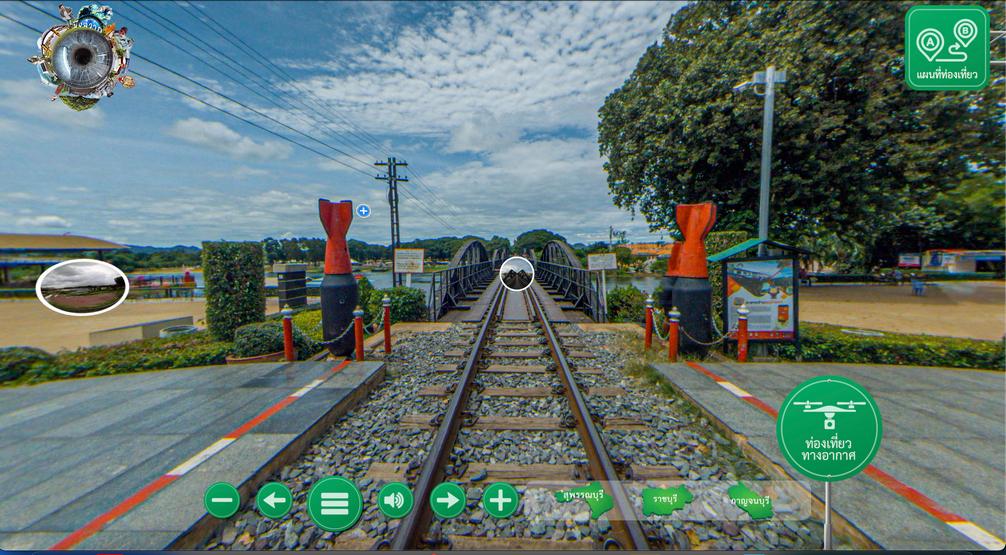 The historic bridge over the River Kwai in Kanchanaburi. (Photo courtesy of ABM Connect)

The virtual tour in Kanchanaburi starts at the historic bridge over the River Kwai, which was a part of the infamous "Death Railway" constructed during World War II. Also, over 100 years old, an emblematic giant rain tree allows 10 people to hug its large trunk at once.

Other highlights in this western province include Srinagarind Dam, Tiger Cave Temple, Royal Monument of King Naresuan the Great, and the Thai Paper Mill founded in 1938.

In addition, the virtual tour introduces viewers to Otop products that can be purchased from participating communities through Facebook and Line.