Swatch goes back to the future
Life
Social & Lifestyle

published : 26 Oct 2021 at 04:00
newspaper section: Life
writer: Kanokporn Chanasongkram
A giant Swatch on the headquarters of the Commerzbank in Frankfurt. photos courtesy of Swatch

In the 1940s, George Orwell imagined 1984 in his dystopian novel whereas in the early 21st century the film Wonder Woman 1984 and TV series American Horror Story: 1984 travel back in time to the same year.

Swatch also revisits 1984, when the disruptive watchmaker was only one year old but a big success due to its fashion-forward watches. Moreover, the Swiss brand entered the Guinness Book of Records for the construction of a giant watch displayed on the headquarters of the Commerzbank in Frankfurt.

Five of its iconic models make a comeback in bioceramic for the Swatch 1984 Reloaded collection, which captures 1980s fun and frivolity.

Swatch's White Memphis features a multicoloured motif on a light grey dial while Grey Memphis has green and pink hands contrasting the dial with a black and white graphic pattern. 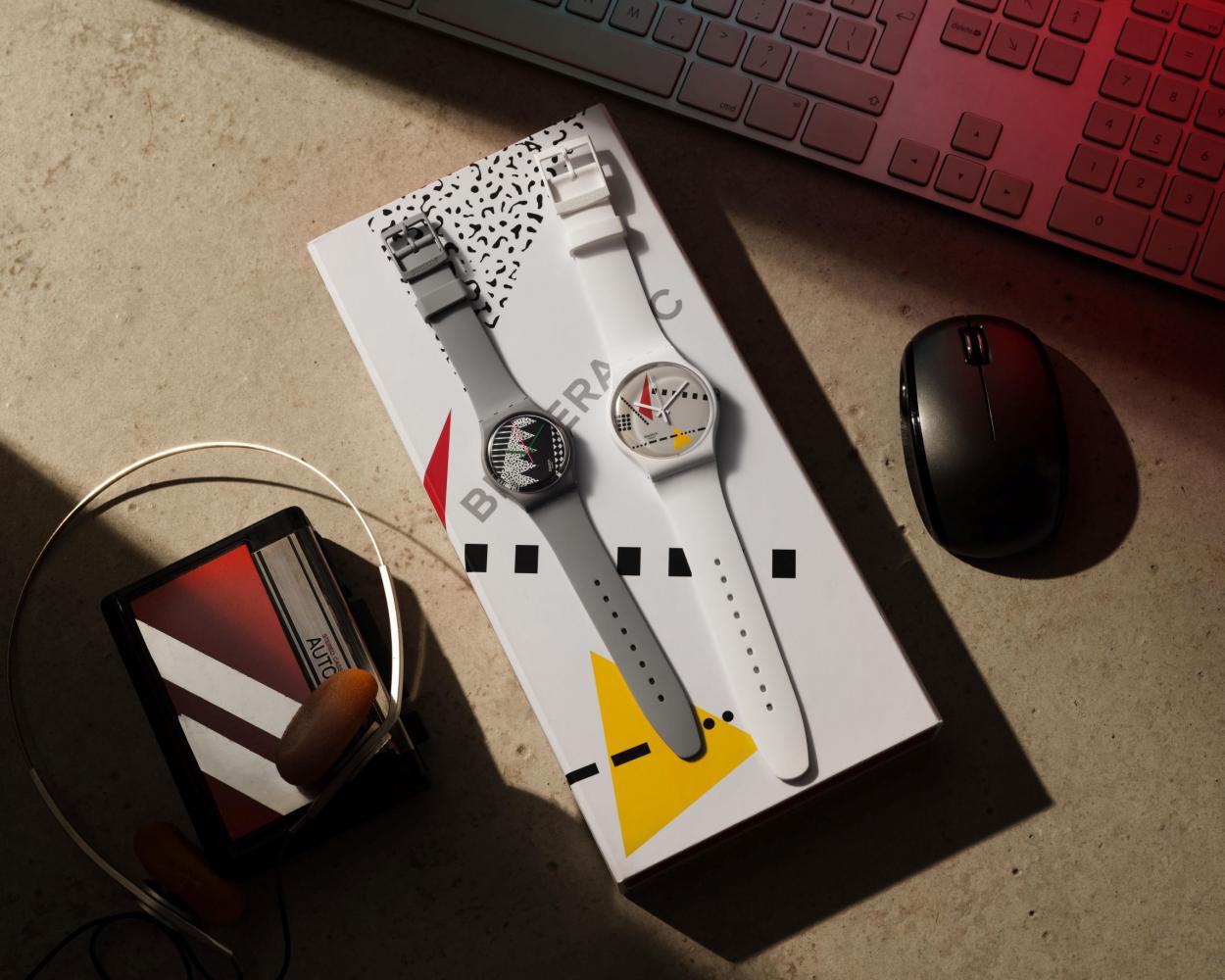 The dial of the Yellow Racer recalls a speedometer of high-powered vehicles and helicopters while the Black Divers features distinctive glow-in-the-dark hands. Matched with a red strap, the Chrono-Tech has hands in primary colours sweeping on a dial in white and black.

The retro reinterpretations from the 1984 Reloaded collection are housed in a case made from bioceramics, which is a mix of ceramic and bio-sourced plastic derived from castor oil. The resulting robust, lightweight material offers scratch resistance and a tactile soft-touch finish.