published : 1 Nov 2021 at 04:30
newspaper section: Life
writer: Thana Boonlert
Construction work has begun on the first section of the 4.5km Klong Chong Nonsi canal park which will open on Dec 25.

Once known as the Venice of the East, Bangkok has seen its vast network of rivers winding through the capital vanish due to urban development. Construction has filled in klongs (canals) for roads and houses and the remaining waterways have become neglected and clogged with rubbish.

However, the sound of pile drivers is once again pounding in the heart of the withering city. The Bangkok Metropolitan Administration (BMA) is reviving canals and surrounding areas to increase clean water access and green space. Five pilot projects are expected to open by the end of this year.

"I remember going to school and passing Klong Lot and Klong Phadung. I remember seeing people empty their bowels, wash dishes, and sell goods along the same canal. Urban development has overlooked waterways," Pongsakorn Kwanmuang, the BMA spokesman, told the press. "Canals are treated like sewers."

City authorities have been trying to improve the condition of waterways, including those in the central business district. Inspired by the Cheonggyecheon Restoration Project in Seoul, they are building Klong Chong Nonsi canal park, which flows into the Chao Phraya River. It will open on Dec 25. 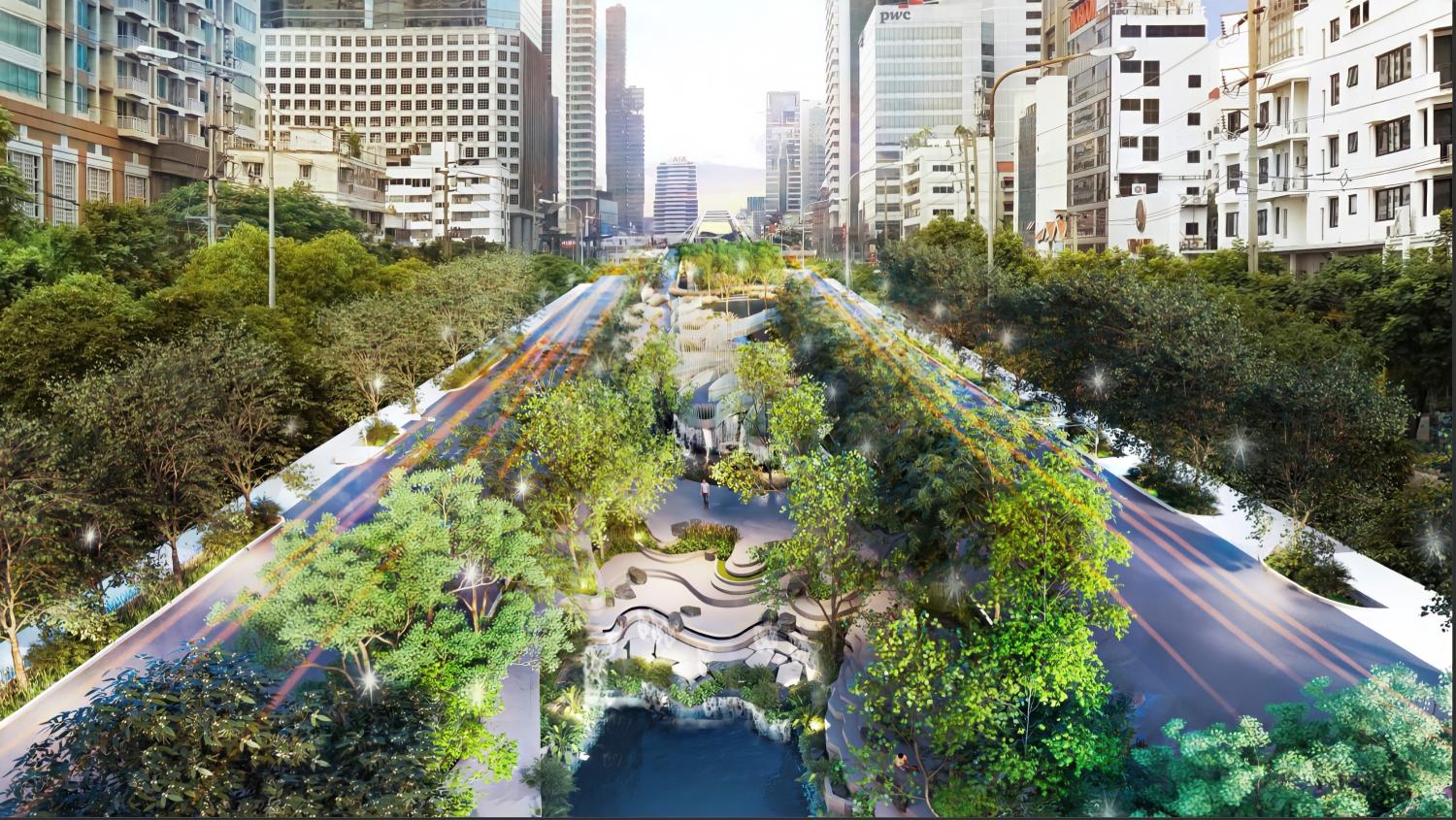 Pongsakorn said the new public space will use the pipe jacking method to carry wastewater to a treatment station and flush clean water to Klong Chong Nonsi. "Then, it will flow into Klong Sathorn, Lumpini Park, Klong Paisingto, Klong Tonson, and Klong Toey," he said.

Low-lying areas in Bangkok experience frequent flooding. According to Greenpeace Southeast Asia, seven cities in Asia could be impacted by sea-level rise and coastal flooding by 2030. Over 96% of Bangkok's land is at risk of being submerged. Its vulnerability is caused by monsoon, soft soil, and land loss.

"We don't have retention ponds," said Kotchakorn Voraakhom, a landscape architect, who designed the award-winning Chulalongkorn Centenary Park. She is now a consultant on the renovation project. "Increasing green space will help retain rainfall-runoff because urban growth exceeds the sewerage system."

Authorities have relocated trees to a garden to ensure they are cared for and protected from potential damage during construction. On completion, trees will be replanted at the original site. The canal park will also feature water plants like chik nam (Barringtonia acutangular) and bhudaraksa (Canna). 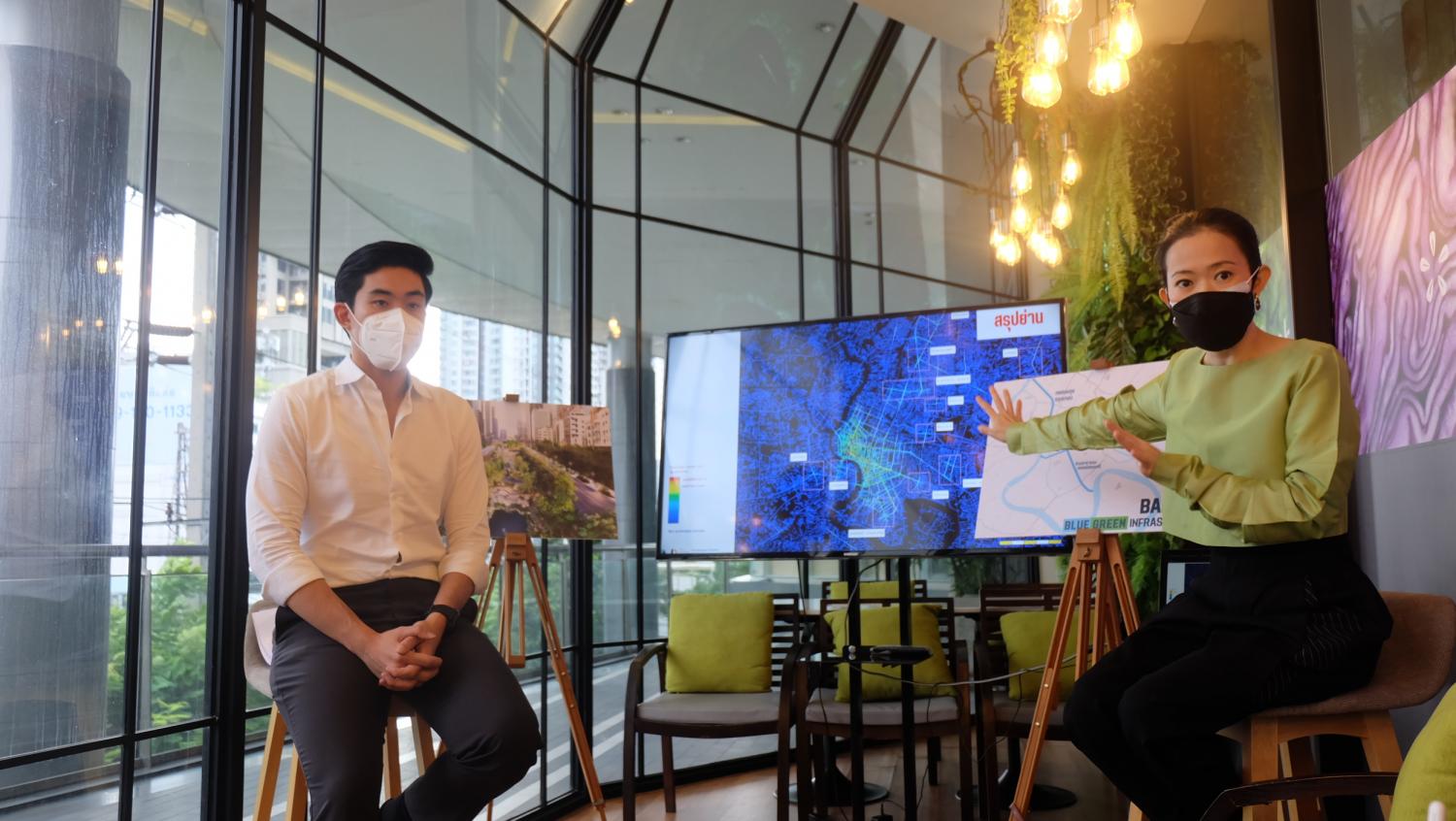 Bangkok plans to increase the ratio of green space from 7.3m² per person to 10m² per person by 2030. Currently, there are 8,796 parks covering 25,502 rai of land. It is also planting different trees on street isles and at Skytrain stations.

"Resilience is the key to survival," said Kotchakorn, citing the case of Amsterdam, which makes room for its river. On the contrary, Bangkok has not incorporated canals into urban development.

"We are living in a water city and close to a watershed. It is the last point where water flows down into the sea. The question is how we are going to adapt," she said.

The canal park is divided into five parts, spanning from Surawong Road to the Chao Phraya River. The first section expected to be completed will be the second part of the canal park from Sathon Road to Naradhiwas Rajanagarindra 7, while the remaining construction is expected to finish by August next year. 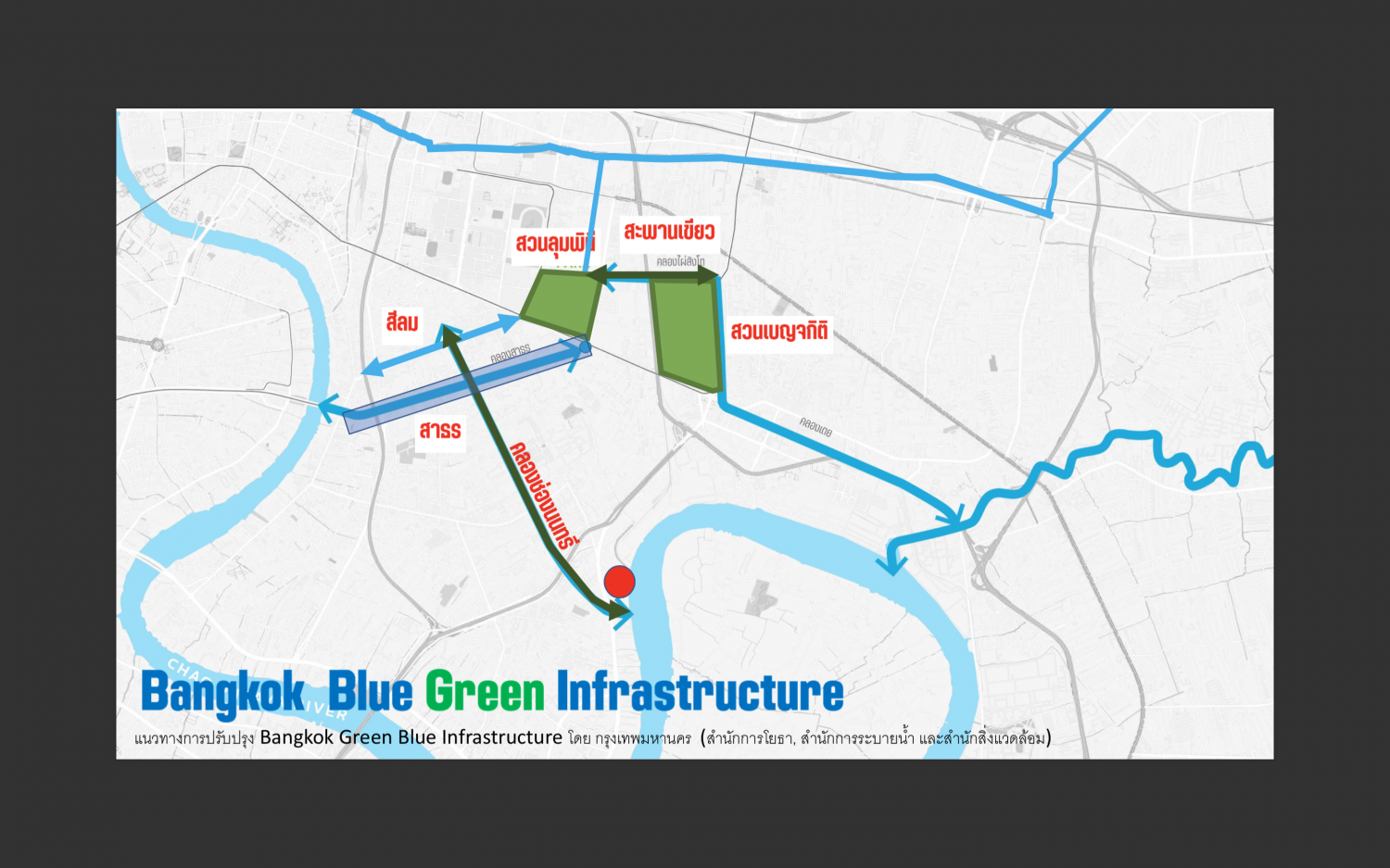 The BMA is improving blue-green infrastructure. The Klong Chong Nonsi canal park will carry wastewater to a treatment station, red circle, and bring clean water back to its interconnected waterways from Klong Sathorn to Klong Toey. Kotchakorn Voraakhom

Meanwhile, city authorities are working hard to improve the conditions of shabby pavements. Pedestrians not only stumble but also confront motorcycle riders hijacking public property on a daily basis. Pongsakorn said they are re-imagining walkways and increasing their function.

"It's like playing Minesweeper. I have to be careful about which blocks will stick up or spill water," he said.

Pongsakorn said paving stones are not walking-friendly because underground pipes pile up. These ducts range from sewage and water to electricity and communication lines.

"We have asked relevant agencies to sign a memorandum of understanding to combine these pipes in duct banks. We have started renovation work on Rama I and Silom roads," he said.

Another project is the revamp of Lumpini Park and its Green Bridge on the occasion of its centennial anniversary. "It is like Central Park in decline. Its temperature is rising every year because of urban growth. It is an unhealthy lung," said Kotchakorn.

The renovation is expected to be completed by 2025. Covering 360 rai of land, the park will promote historical values, tackle climate change, make room for cultural activities, and accommodate recreation and inclusive design. The Green Bridge will connect to Benjakitti Park, which covers 450 rai of land.

Yet another project is the renovation of the 5.5km Klong Phadung Krung Kasem. The BMA is currently carrying out landscape renovation. In the short term, a 1.25km stretch from Charoen Sawat Bridge to Kasatsuek Bridge in the Hua Lamphong area will be renovated first, with the remaining work broken up into five zones for future development. Pavement renovation on the same side of Hua Lamphong railway station, from Charoen Sawat Bridge to Kasatsuek Bridge, is expected to finish by the end of this year, while the rest of the work in this zone will begin later next year.

Five pilot projects are drawing inspiration from the idea of "Regenerative Bangkok". They will provide the foundation to five other hubs in the future, namely old town, the central business centre, Thon Buri district, Mueang Mai, and commercial and medicine district.