New grooves for your perusal

November's Transglobal World Music Chart is as eclectic as ever

The legendary Peruvian singer-songwriter Susana Baca tops the November Transglobal World Music Chart with her new album, Palabras Urgentes (Real World), which was released last month. The album celebrates the 50th anniversary of an amazing career, which has encompassed ethnomusicology, researching folklore and teaching, a long career as a singer, and a stint as Minister of Culture.

Palabras Urgentes (Urgent Words in English) brings together all the strands of her life. The first single released from the album, La Herida Oscura is an homage to the independence fighter Micaela Bastidas, written specially for Baca by Chabuca Granda; it is a particularly appropriate song, as this year marks the 200th anniversary of Peru's independence. The 10 songs feature salsa, a 1937 tango and a magnificent choral finale. Highly recommended. 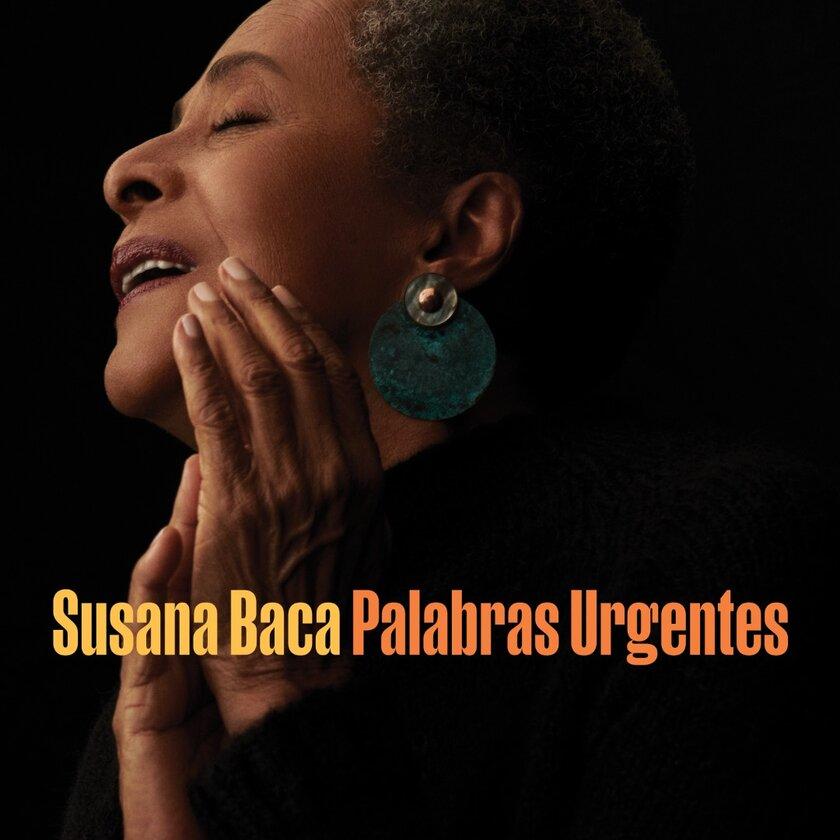 There are plenty of other interesting releases on the chart. Here's some of the highlights.

Cypriot rockers Monsieur Doumani, a live-wire neo-rebetiko trio, who play tzouras (similar to the iconic Greek instrument the bouzouki but with a smaller body; originates from the Turkish cura), guitar and wind instruments (especially the trombone). The band won the Best Group Award for Songlines World Music Awards in 2019. I have only heard a couple of tracks but one of them, Poulia, with its pulsing trombone and tzouras riffs has attached itself to my central nervous system and now I can't get it out of my head.

Cuban pianist Omar Sosa and West African kora player Seckou Keita released Suba recently, a follow-up to their hugely successful Transparent Water in 2017. Keita has appeared in this column for his collaborative work with other musicians such as his duets with Welsh harp player Catrin Finch. Beautiful, calming music.

Apart from Baca's chart-topping new release, the album which really caught my attention on the chart is the hauntingly beautiful collaboration This Pale (Lycopod) from sitar master, composer and singer Shujaat Khan, Iranian singer Katayoun Goudarzi, Iranian ney (flute) Shaho Andalibi maestro, and fifth generation tabla pyro Shariq Mustafa. Khan is well known in India for his classical performances and compositions (and a sitar that sounds like the human voice) and he has released six albums with Goudarzi who specialises in vocal interpretations of the 13th-century Iranian poet Rumi. 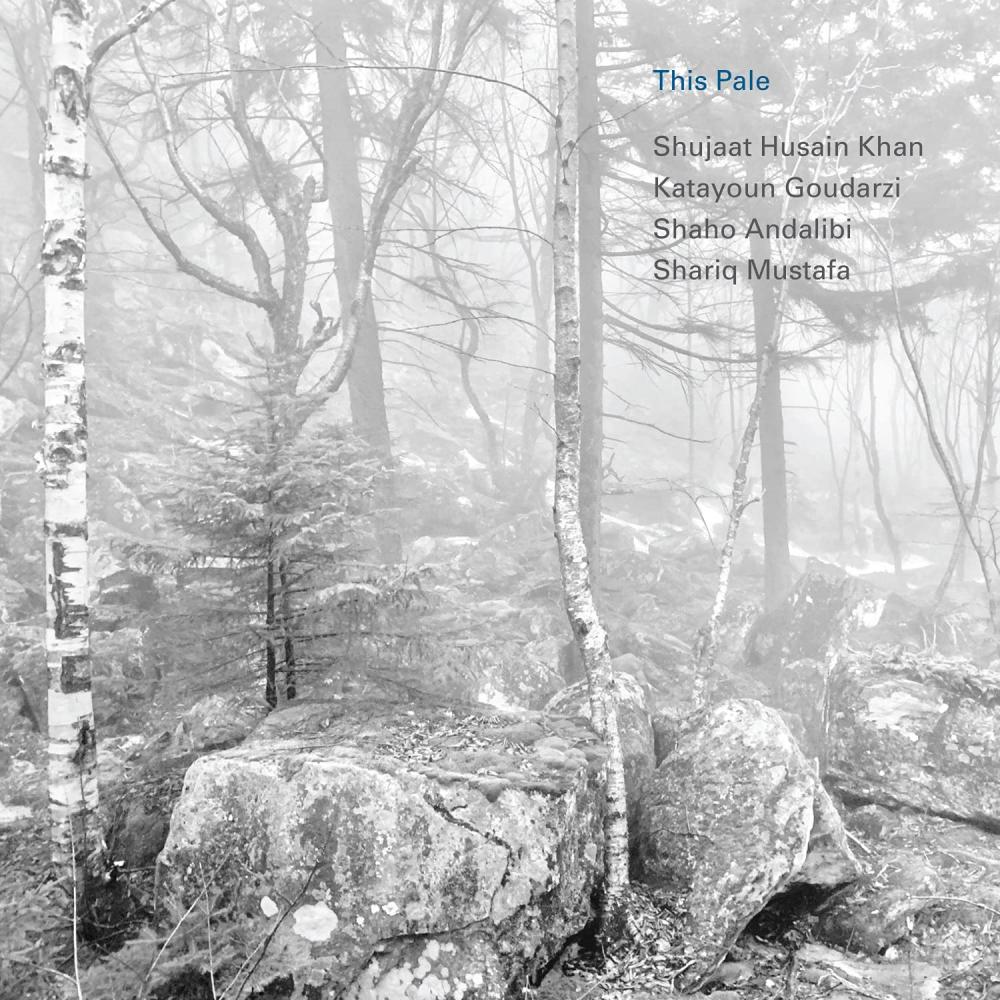 On this album, the focus is on Rumi's love poems and the motivation to focus is Khan and Goudarzi's response to events that have followed the 2016 US presidential elections; it is their response to hatred and anger. This is really moving music created by master musicians.

Finally, local singer-songwriter Rasmee Wayrana has just released a new album, Thong Lor Cowboy, which was produced by Sasha Masakowski and co-produced by Yodh Warong. It's not on the Transglobal chart yet but one lives in hope. Hop on over to her Facebook page for more details on future gigs and the first single from the album. More on this album when World Beat secures a copy. 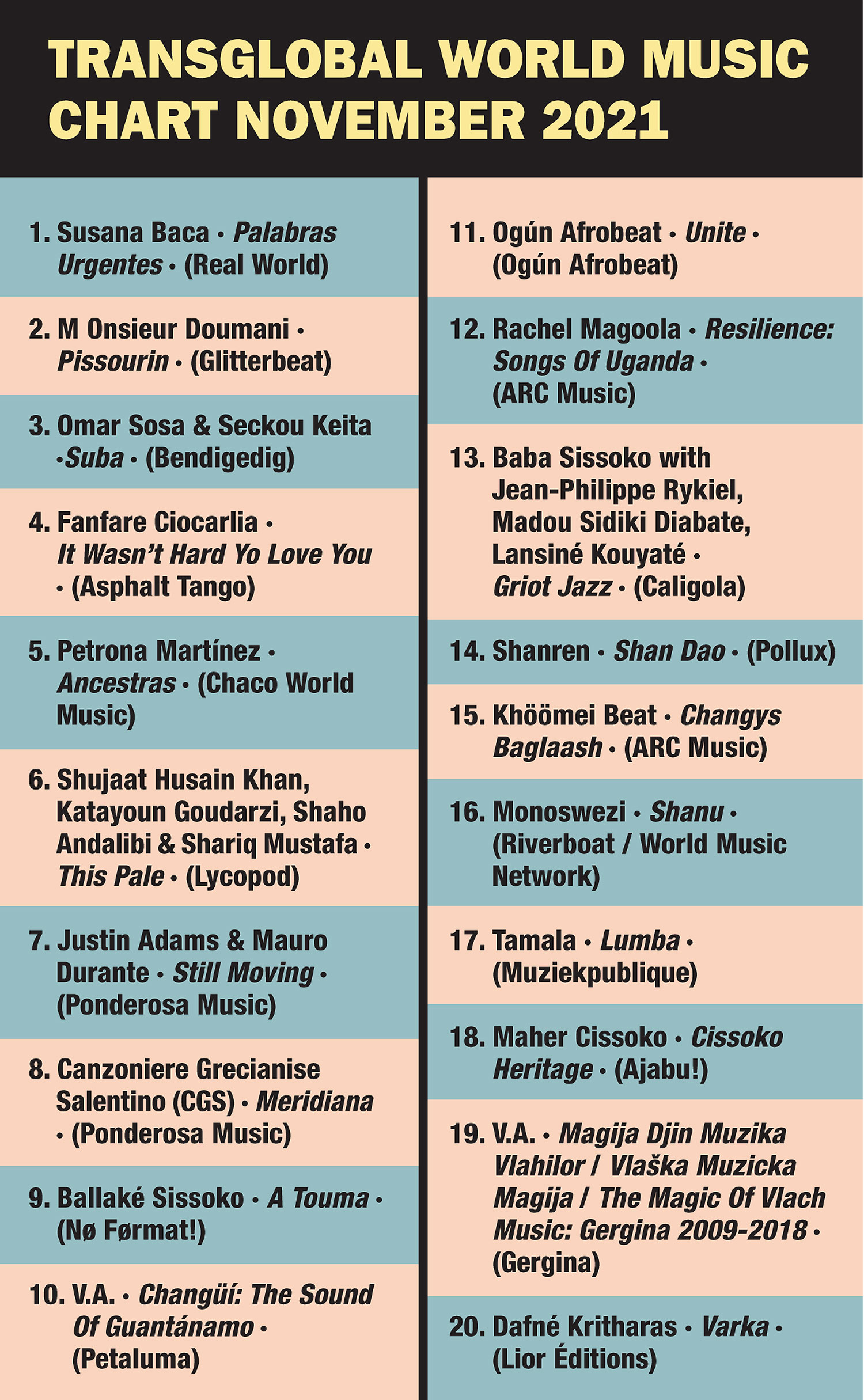