Tourists were shocked when a volunteer soldier paid a hurried visit to the city pillar shrine in Kantharalak, Si Sa Ket on Dec 9 and shot himself.

Prayong Sompong, 34, seemed like any other devotee when he parked his red Ford outside, bounded up the steps, entered the building and wai-ed before the shrine. However, visitors were taken aback when Prayong, wearing his uniform, then took out a .9mm and shot himself in the head.

Family members believe he came to apologise to the shrine for killing his wife moments before, as a battle over the fate of their relationship reached a nasty climax.

Police found two bodies that day: Prayong's, slumped in a bloody heap inside the shrine building, and that of his wife, Chaowanee Aree, 36, in his car. He brought her body along for the ride.

Moments before, Prayong had shot her dead outside the district office about 2.5km away where the two met to sign their divorce papers, a move Prayong had reluctantly agreed the night before at a family meeting. 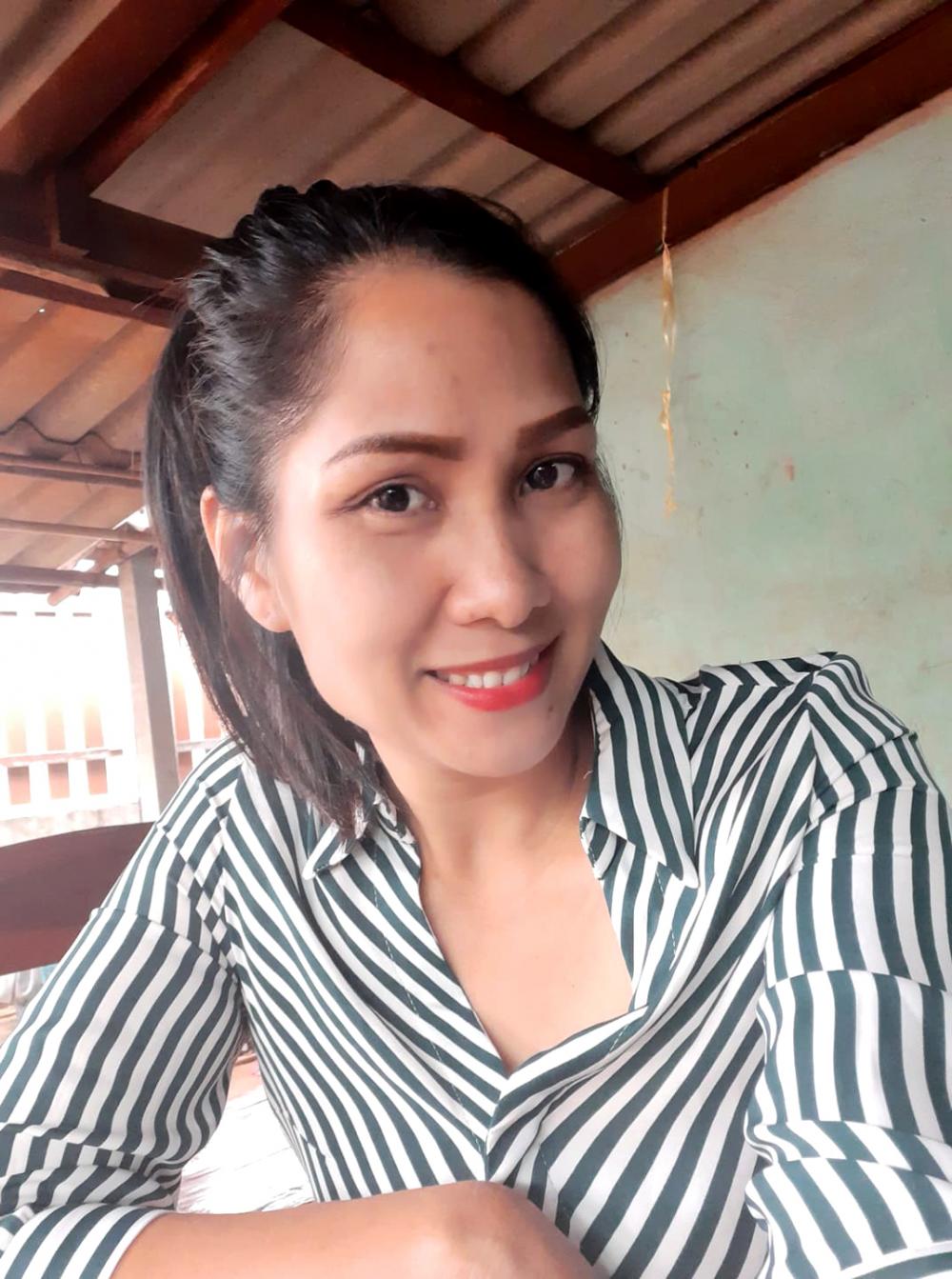 Chaowanee had on Dec 7 fled the couple's home in Bangkok, where she said Prayong kept her as an imprisoned slave.

Prayong followed her the next day to Si Sa Ket, vowing to his younger sister that if he could not persuade his wife to go back with him to the capital, he'd take her life.

However, in front of family that night, he reluctantly agreed to Chaowanee's demand for a divorce, though his commitment quickly frayed.

They turned up in two vehicles at 9am the next day as agreed, Prayong accompanied by his younger brother and mother, and Chaowanee by her own mother.

The immediate provocation was a long queue at the office before the pair could sign their papers.

The two started to argue, as captured on CCTV cameras, and Chaowanee walked back to the carpark. Moments later, she was dead.

Two days before, when Chaowanee fled their home in Bangkok, she had to escape through a window after Prayong locked her inside as he left for work. She travelled to Si Sa Ket to seek the sanctuary of her parents.

Prayong had earlier forbidden her from visiting her family. When he followed Chaowanee to her parents' place, the first time he had visited, he tried to make things up with her. However, his wife was having none of it.

"I can't live with his possessive, jealous streak any longer. He treats me like a slave," she told her parents, adding he also liked to beat her up.

The pair registered their marriage at Don Muang eight months ago but had yet to wed.

Before heading to the district office that morning, Prayong offered her parents a bowl of flowers, candle, joss stick and 1,000 cash to apologise for the way he had treated their daughter.

"I didn't think anything of the apology as they were about to get divorced," said her mother, Thawil, recalling his visit.

As they headed to the carpark after tiring of the wait to process the divorce, Ms Thawil spoke to her daughter.

"I told her to get in her car and we would go home. However, Prayong grabbed her arm, pulled her out of the car, and had her get into his own vehicle so they could head back to Bangkok.

"I protested, saying I didn't want her daughter to go with him. Prayong tapped on the window and asked her to open the door.

"She refused so he shot her five to eight times. As the gunfire broke out the rest of us ran for cover and asked locals for help."

Ms Thawil said the pair, who came from the district, had been together about a year. While the couple had no kids, Chaowanee has two children by a previous marriage, aged 16 and 6.

Taengkwa, Prayong's younger sister, said Prayong told her the night before that if he couldn't persuade his wife to return with him, he would kill her. "I told him not to, though I didn't believe he would do it," she said.

The caretaker at the city pillar shrine said Prayong raced in and didn't talk to anyone before shooting himself. "I suspect he respected the shrine and wanted to apologise for his misdeeds," she said.

Police save the day

Quick work by Phetkasem police helped dissuade a taxi driver about to jump from the Rama III Bridge to pull back from the brink. 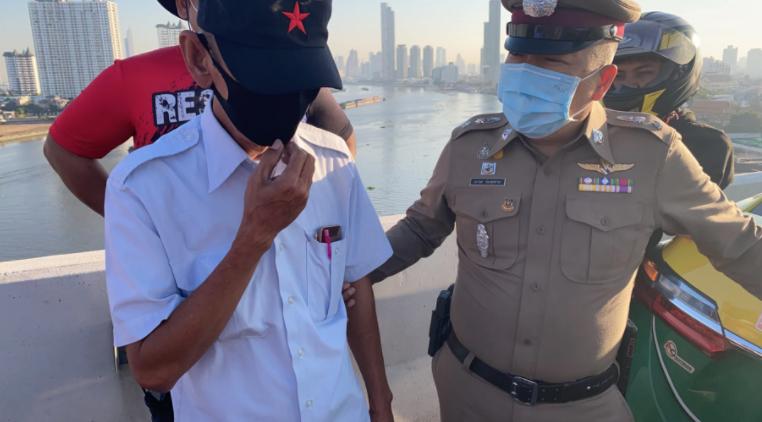 The taxi driver who threatened to jump.

Klong San police were called out on Dec 12 after the driver, identified in media reports as "uncle", a middle-aged man wearing a cap, parked his cab and was threatening to jump off the bridge. Officers and passers-by, joined by the man's wife, managed to talk him out of it.

Station chief Pol Col Torsak Panklinput said uncle told them he had fallen victim to an online loans swindle and, fearing he would not get his money back, decided to take his own life.

"Uncle was stressed over a debt after being tricked by a website into sending 15,000 baht upfront for the loan which never arrived," he said.

He had laid a complaint with Phetkasem police but mistakenly believed they had ignored his case. "In fact, it had made good progress with officers having frozen the offender's account. They are in the process of tracking him down," Pol Col Torsak said.

Klong San police, having liaised with their counterparts at Phetkasem station, passed on the good news to uncle, and also asked his wife to join them at the bridge to help talk him out of it.

Uncle said he was relieved to hear about progress in the case and decided to call off his suicide bid.

Explaining details to the media, uncle said he was behind on payments for his taxi and needed 20,000 baht. He found an ad on Facebook for an online lender, and contacted him on Dec 5.

The supposed lender had him send 1,000 baht for paperwork associated with the loan, 3,000 baht to get his name removed from a blacklist, and the rest as a deposit which took the total to 15,000 baht. However, he could not reach the loan provider again.

Pol Col Torsak said he urged Thais in need of a loan to contact a bank, as they are safer, and the government has launched many loan finance schemes to help the public during Covid. "As far as online lenders go, there is a high risk you will be ripped off, especially if they ask for fees up front," he said.

All in a night's work

A thief in Nakhon Si Thammarat who fell asleep on the job has a long history of stealing from the area, police say. 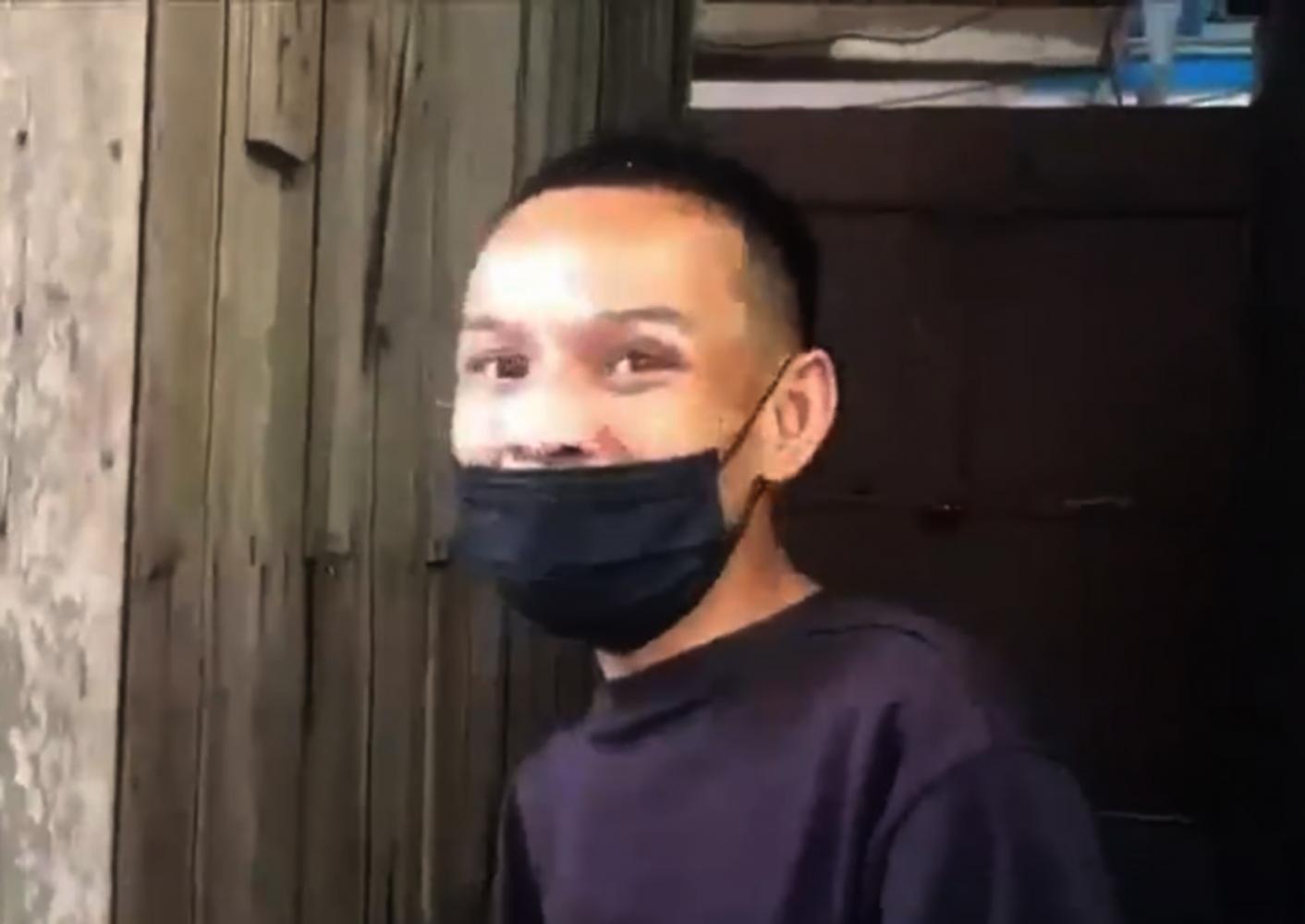 Muang police were called to Chao Phraya streetside eatery in front of the municipal market on Dec 12 when the owner reported a second break-in in two days. However, this time they were lucky to find the burglar, Anucha Thibodi, 34, who had come back for a second go at thieving from the shop but was overcome by fatigue.

Mr Anucha was found with a sack full of stolen items. After plundering the place of its wares, as caught on the premises' CCTV camera, he decided to take a quick nap, but forgot to wake up. When officers found the man, at first they failed to rouse him.

"I have been thieving for two nights straight and was overcome by tiredness so I fell asleep before I could get away," he said. He was looking for utensils, food, drink and even clothes, he said.

Among the items stolen on his first visit was a long-sleeved red T-shirt, which the shop owner, Prathom Ratthana, identified as belonging to her eldest daughter. He was wearing it when police found him. "I am angry that he has broken two nights in a row. This guy steals everything, even my daughter's T-shirt, which he was cheeky enough to wear to today's job," she grumbled.

TV crews accompanied Mr Anucha as he guided police to his run-down house in Yommarat Road, where they found a large bounty of stolen goods, including phone cables, copper wire, electric cables, plug banks, utensils and clothes. Mr Anucha said he "collects" old items for sale, though his efforts also extend to theft, which he usually carries out with two friends, Bai and Pai. They have stolen from more than 20 locations, he said.

At the request of police, the thief took police on a tour of those places, including a temple and roadside shrine. He also took them to the second-hand goods shop which receives his stolen items for resale. "They are proficient and split the proceeds. We are tracking down his mates," police said.