Death, kisses in a Honda Jazz

The family of a Chaiyaphum woman killed by an ex-drugs inmate while on a romantic outing in her car has appealed to police to re-examine the case.

The family of Siripapha Chambuakhao, 49, say she appears to have been assaulted, not merely strangled in a spasm of rage as the killer claims.

Siripapha, who worked in Rayong as a cleaner, returned home to Chaiyaphum over New Year to celebrate with family. However, the confessed killer, Pichai Wisetsak, 48, whom she met on the internet a month before, was to take her life on Dec 1, supposedly when she spurned his offer to get engaged after their whirlwind romance.

Her younger brother, Sathaporn, 35, said the autopsy showed she had a ruptured kidney and broken rib, which he said undermines the killer's claims that he merely strangled her with the passenger seat belt.

Speaking after his arrest, Pichai, freed from jail last October after eight years inside for drugs, said he and Siripapha met for the first time two days before he killed her. Previously they had just chatted on the net.

He helped pay her expenses home the day before she arrived. He himself had returned to his village after his release from jail.

They had sex twice before he proposed, he claimed, including once in the car that day during a mid-afternoon drive. Earlier, they drank and took drugs, he said.

"I wanted to start my life again, settle down and have a family with Siripapha, so offered her an engagement ring after we had sex in the car. However, she said she could not get engaged as she was already married," he said.

His advances spurned, and fuelled by the alcohol and drugs, Pichai said he grabbed the passenger seatbelt and strangled her with it. He portrayed the murder as a spur of the moment thing and expressed remorse.

"I want to tell her spirit that 'Before long, I will join you,' he said. Police charged him with premeditated murder.

The victim's brother, however, is asking police to take another look at the case. He said the autopsy turned up no evidence of their having had sex, and suspects the killer retaliated after Siripapha refused his advances.

"He may have laid a plan to kill her, as it was him who invited her out," Mr Sathaporn said. He added that his sister, while married once, was not seeing anyone at the time of her death.

"My sister was a sweet person who never had problems with anyone. She forgot that even the people closest to us can pose a danger. As for the killer, he's only just out of jail and has offended again. He obviously feels no remorse," he said.

Initial media reports focused on Pichai in the hours after the murder, when he wandered bare foot into the emergency ward of Ban Khwao Hospital, having tried to kill himself in supposed grief over the murder earlier that night.

In images captured on the hospital's CCTV, Pichai told the doctor that he was having trouble sleeping. However, when staff noticed red marks around his neck, they asked what had happened. Pichai replied he had killed a woman in a case of unrequited love.

Feeling distressed, he had tried twice to kill himself, including hanging himself from a tree branch that afternoon. However, the branch broke and he fell to the ground.

The quick-thinking doctor, named as Namwan in media reports, quizzed him further as she tried to figure out how much store to place by the story. She sent staff out to the carpark where he said he had left the body.

Hospital staff found the body of his victim in her Honda Jazz, which he drove to the hospital after killing Siripapha in the passenger seat some eight hours before.

Siripapha was wearing a top but her underwear was bunched around her feet and a cloth had been draped across her face.

Dr Namwan called police, who arrested Pichai as he sat on the hospital bed playing on his phone.

He said they met on Dec 30 at his place, made merit at a temple, and had sex at a hotel. Two days later they met again, drank and took drugs, and headed out for their drive.

After killing her and failing to take his own life, he visited local police to hand himself in, but found no one there. Finally, about 10.50pm, he drove to the hospital. He denied trying to rape the victim. The case continues.

Jealousy gets better of tomboy

Lat Phrao police are treating with scepticism claims by a tomboy that she killed her lover accidentally after an argument. 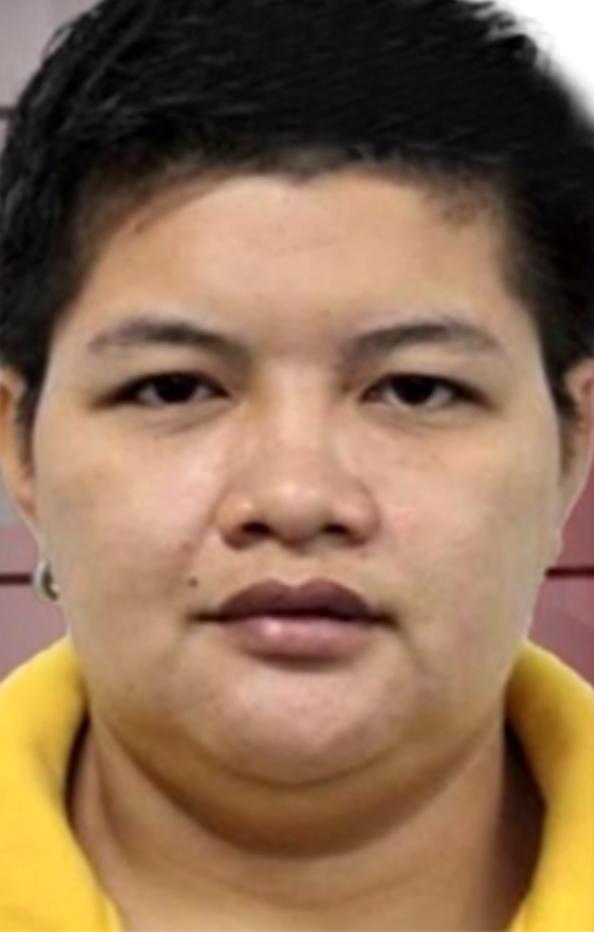 Police arrested Pornprapas "A" Seneedechkul on Dec 31 after she fatally shot her girlfriend, Tookta Sangkuang, 25, at their apartment in Soi Lat Phrao 117, Klong Chan, Bang Kapi.

Tookta worked at a restaurant in Tawanna Night Plaza in Lat Phrao Road. The two were known for fighting regularly and neighbours above said they heard the pair arguing on the day of the shooting. 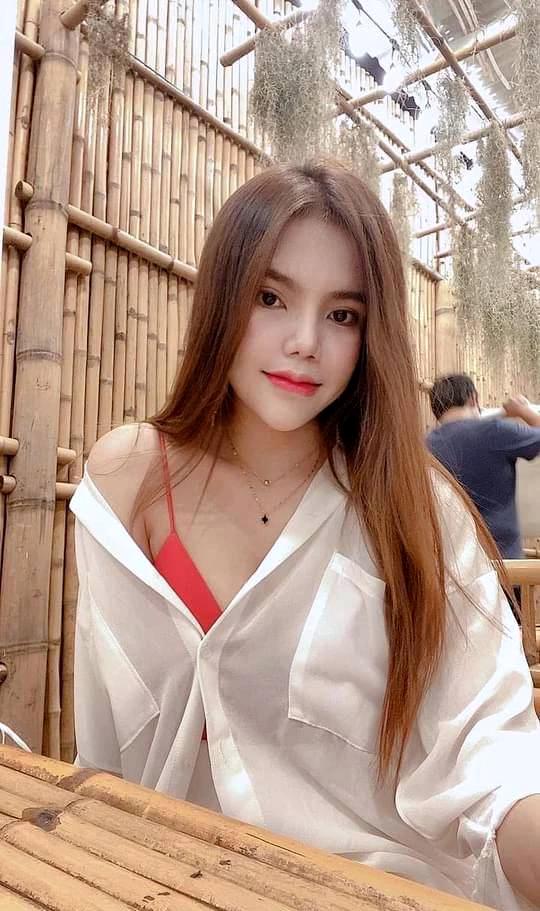 When police turned up they found Tookta's body lying on the bed covered in a blanket. A said she put the body there after their row, in which A said she held a Thai-modified .38 to her head as if to take her own life, but Tookta wrested it away.

In the process of struggling over the weapon, the gun fired, hitting Tookta in the chest once.

Tookta, an attractive young woman who works in "PR" (customer care), was popular at her restaurant and had found someone new. A week before, she had moved out of their place only to return again.

A, a driver at a private company, said she resented the fact her partner was acting distant. However, she denied police charges of intending to kill.

Kanokwan, 28, who lives directly above, said the pair argued weekly. Her boyfriend heard their row the afternoon of the shooting and two days before saw Tookta with bruising to her face.

A day before, Tookta posted to her FB saying, "How can you have me post a picture showing off my partner. I am sad, who will take responsibility?" In an ominous response, A replied saying, "Watch out for a bullet." Tookta, perversely, replied saying "Thanks for being worried".

After initially fleeing the scene, A handed herself in to police. Pol Col Rungsakul Boonkrapeu, head of Lat Phrao station, said police are building a case against A. "We do not believe the gun went off accidentally," he said.

Dad's not who you thought

The family of an elderly rubber-tapper slain in a plantation by a local druggie disputes claims by his killer that the old man was a local ya ba supplier. 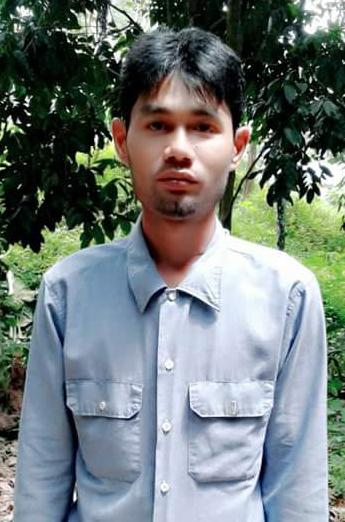 Chuchai was found with wounds to his face and his head almost completely severed from his body. Mr Joke, who is known as a drug supplier and addict, said he visited Chuchai at his hut in Phibun, about 3-4km from the old man's home, seeking drugs.

However, he did not have any money and asked if he could pay later. The old man refused, which led to a struggle in which Mr Joke grabbed a machete and hit him. Police also found two knives which may have been used as weapons.

Pol Col Jatupong Jaiklaew, station head, said police found 69 ya ba pills in Chuchai's jeans pocket. Before his visit that day, Mr Joke had stored drugs at the hut and also sold them from there, he said. The hut was on a rubber plantation where the victim worked, on Ban Wang Cham mountain, in village 6 of Phibun. His family found him after he failed to turn up for a meal celebrating New Year.

Pol Col Jatupong said Mr Joke's parents had taken him to rehab to wean him off drugs, without success. After the killing, a local saw him washing blood off himself in a nearby stream. Relatives brought Mr Joke into the station the next day, when police charged him with intentional killing.

Ratchanee "Taen" Kulsri, 38, the victim's daughter, said the killer's account can't be true as her father had never meddled in drugs. Chuchai, she said, was a good man who never bothered anyone. "He goes to the plantation on his motorcycle every day to work and support his family," she said. The killer was a distant relative who often hallucinates to the point where he once thought he had killed someone. Now, it had come true, she said.