Prevention is the best medicine

In the late 1980s, a US study at the School Sisters of Notre Dame (SSND) in Minnesota showed that many elderly people did not display symptoms of Alzheimer's due to their lifestyle. Nuns at SSND were physically active and even those in wheelchairs still exercised. After going through journals written by nuns, the study found that those who used more complicated sentences in their writing had a lower risk of developing Alzheimer's. 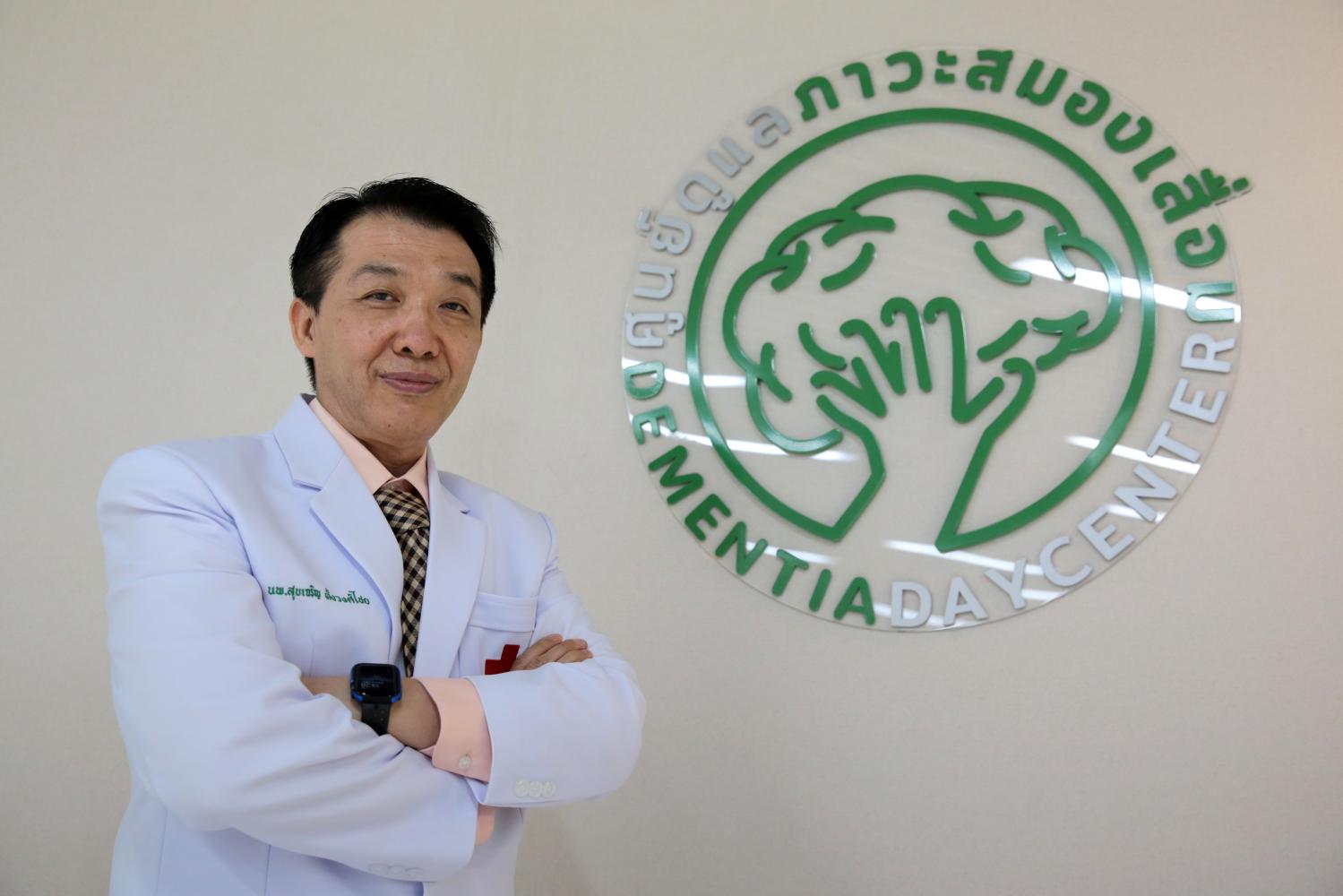 Assoc Prof Dr Sookjaroen Tangwongchai, the co-founder of Healthy Brain, Happy Mind Club, said that the writing workshop is just one of the various activities at the club.

"The workshop taught participants how to choose materials, create story structure, and how to write. Writing requires using several parts of the brain. The elderly have to manage and plan how to deliver stories. They also have to use language skills, including grammar and vocabulary as well as exercise their muscles while typing," explained Dr Sookjaroen.

As chief of the Dementia Day Center at King Chulalongkorn Memorial Hospital, Dr Sookjaroen has seen many patients and understands that while the disease cannot be cured, it can be prevented and slowed. He and other co-founders established Healthy Brain, Happy Mind Club which provides four kinds of activities -- seminars, workshops, podcasts and movie screenings -- for members. The activities are available either online or onsite depending on Covid-19 regulations.

"At seminars, experts provide information and discuss the brain, mental health and lifestyles of the elderly. Workshops aim to promote mental and brain health. Besides writing workshops, participants can also learn how to create audiobooks, use social media, and applications. The podcast programme Samong Sai Jai Sabai is released once a week and is also available on Apple Podcast, Spotify and Castbox. However, the movie club is the most popular activity. Movies that are screened all have an issue for discussion. The elderly also learn how to interpret symbols in movies and enjoy social interaction with other people at the cinema," explained Dr Sookjaroen. 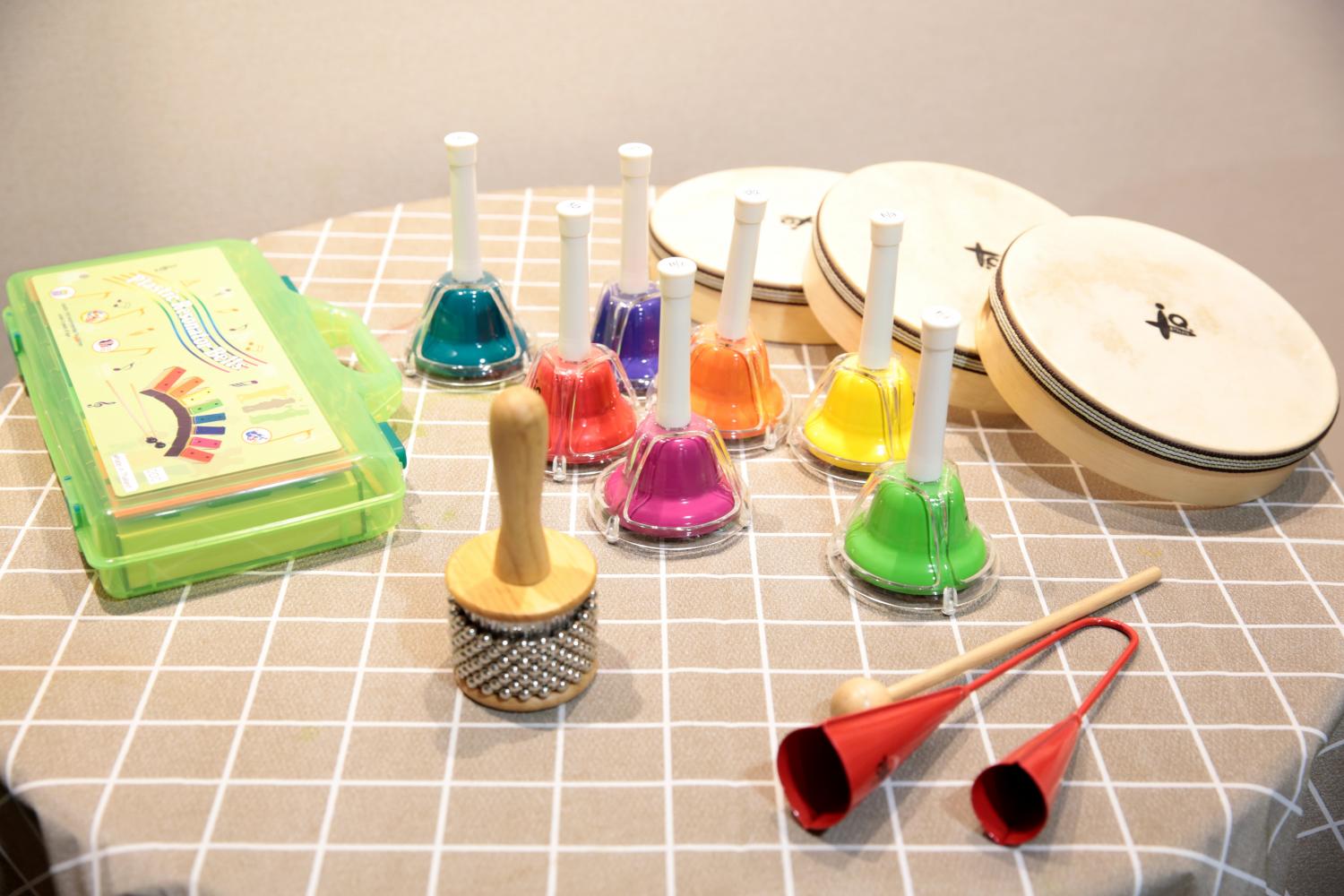 In 2018, the Department of Mental Health reported that more than 800,000 in Thailand had dementia, with every eight out of 100 elderly being dementia patients. Alzheimer's disease is the most common cause of dementia and causes 50%-80% of cases. In 2015, the Ministry of Public Health stated that the number of Thai patients with Alzheimer's disease was about 600,000 and that the number was expected to increase to 1,117,000 in 2030.

Dr Sookjaroen said that Alzheimer's disease, which is found in people above the age of 65, is associated with a decline in cognitive function that is worse than what it should be for a normal person at that age. The chief of Dementia Day Center said that relatives can notice if the elderly in their household have Alzheimer's disease by noticing several signs.

"Symptoms start to appear from the mild cognitive impairment (MCI) stage. Patients with Alzheimer's disease lose the ability to learn new things and memorise new events. They may also forget details of events or an entire event. They may also ask the same questions or say the same things repeatedly. Lastly, they also misplace common objects and some patients have mood swings," Dr Sookjaroen said. 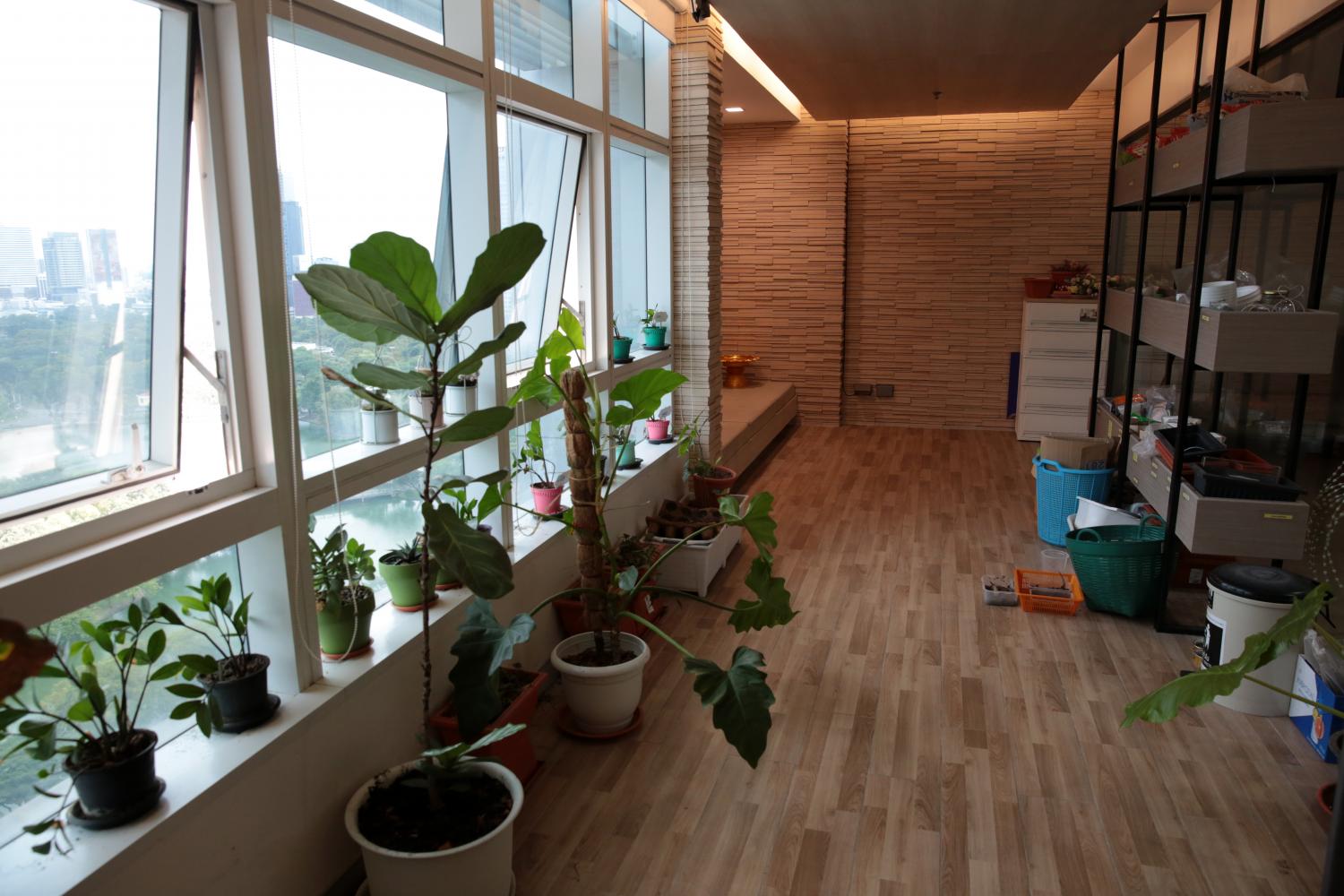 A garden at the Dementia Day Center.

"Patients with MCI can perform basic tasks listed under Activities of Daily Living such as having meals, taking showers and getting dressed. Although they may have minimal impairment in performing  more complex tasks or Instrumental Activities of Daily living  such as managing finances or shopping for groceries and necessities, but most of they still can  campensate and handle all  these tasks. Some patients are aware of their symptoms but do not want to accept them and try to hide them by taking notes. Relatives should take family members to see a doctor when they are at an early stage or show signs of MCI," Dr Sookjaroen advised.

Patients with Alzheimer's disease in the final stage cannot walk, stand or even swallow food. They become bedridden and their communication skills worsen. Patients become children in elderly bodies, so they have to depend on caregivers, especially if they are at a severe stage of the disease. As a result, Alzheimer's affects patients and their caregivers in terms of time, energy and financial resources. It is important that relatives or caregivers understand Alzheimer's disease.

"A patient's happiness depends on caregivers. Some caregivers try to remind what the patients forget and make them learn something they cannot remember. However, this is useless because the patients will never remember. Caregivers must go with the flow," said Dr Sookjaroen. 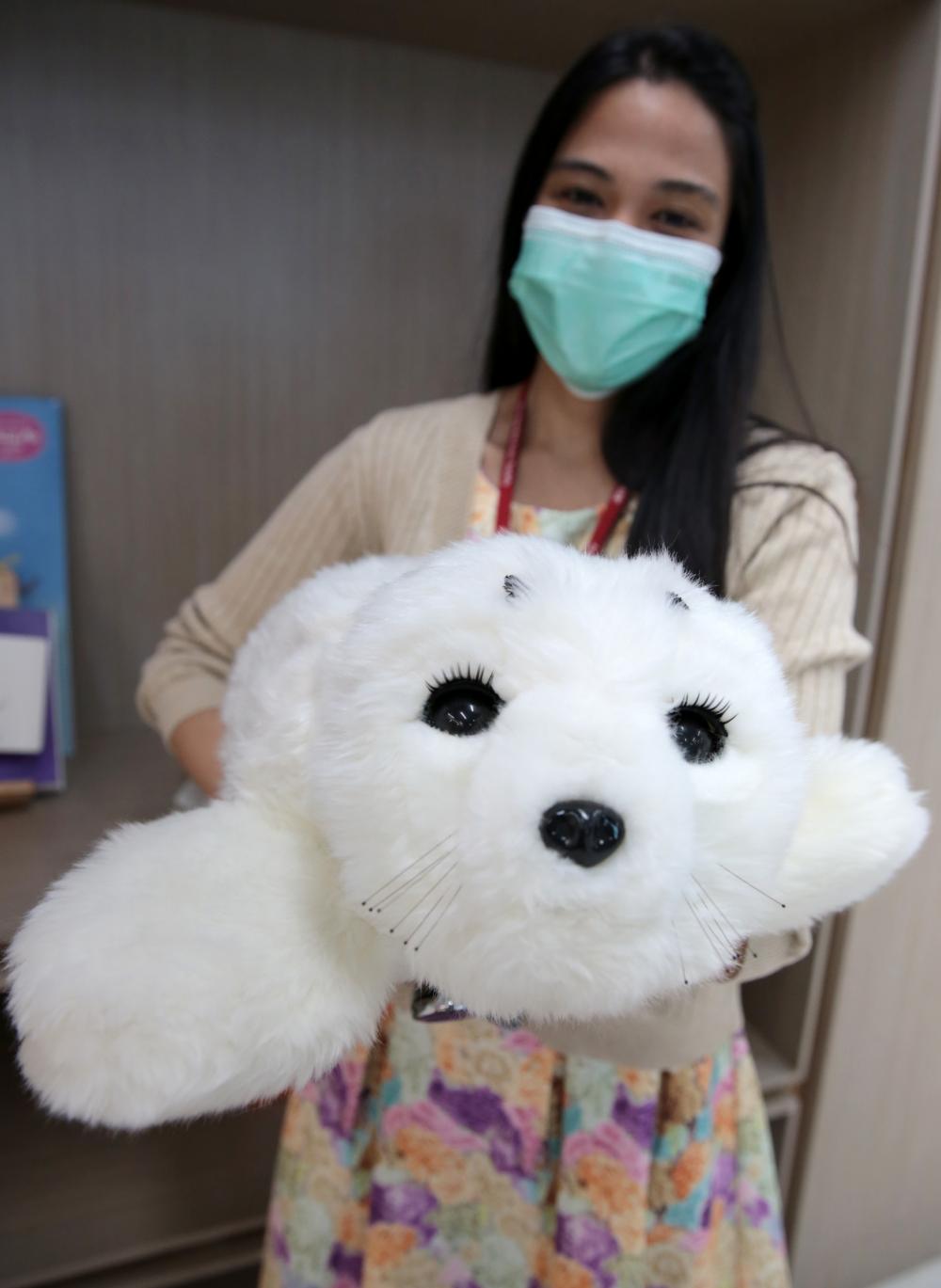 People who have Alzheimer's should go to a hospital for treatment. At Dementia Day Center, patients participate in several cognitive exercises such as cooking, singing, gardening, playing musical instruments and interacting with a robotic seal named Paro, in addition to medication.

For people who do not show Alzheimer's symptoms and want to prevent themselves from getting it, Dr Sookjaroen advises they maintain cognitive exercises from a young age, so their cognitive reserve can be enhanced. Activities that can improve cognitive reserves include exercise, sufficient sleep, stress management, meditation and physical social interaction.

"Exercise can enhance neuroplasticity, which is the ability of the brain to form and reorganise its connectivity. Adequate exercise refers to aerobic exercise for 150 minutes each week. Meanwhile, sufficient sleep can help maintain levels of the beta-amyloid hormone which causes Alzheimer's disease. People should also learn how to manage their stress. A study found that regular meditation can improve cognitive function. Physical social interaction is another way to improve cognitive reserves. People who have Non-Communicable Diseases should control their symptoms. For example, if someone has diabetes, he/she should change their diet and exercise more. If their symptoms do not improve, they must take medication," said Dr Sookjaroen. 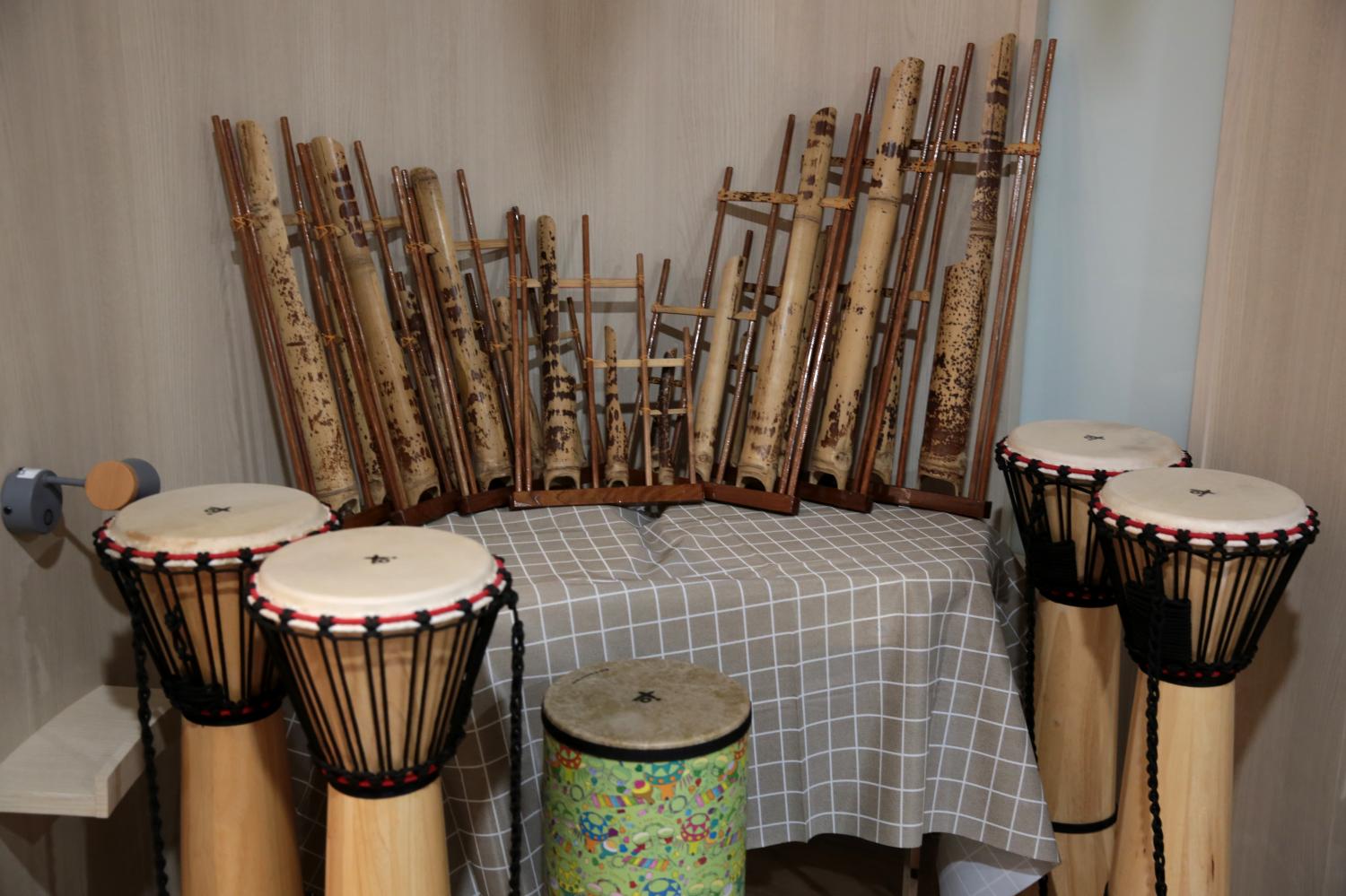 A variety of activities are available at the Dementia Day Center to keep minds sharp. Chanat Katanyu

In 2020, the Department of Older Persons at the Ministry of Social Development and Human Security reported that in a total population of 66 million people, 11 million (16.73%) were above the age of 60. The National Statistical Office has forecast that Thailand will transition into an ageing society sometime between 2022 and 2030 and that the elderly population will increase to 26.9% of the total population.

In order to prepare, Dr Sookjaroen said the elderly should take care of their physical and mental health, plan their retirement, age actively by having a lifelong learning mindset and build their social connections. Meanwhile, state agencies should launch several services for the elderly.

"Negative perceptions of the elderly being a burden should be changed since they can still be active and productive people. There should also be technology training, so the elderly have access to digital platforms. Public service applications should be designed to be simple and easy to use. Since the elderly have a limited capacity to learn new things, innovations should be an extension of what they are already familiar with. This is why I also launched the podcast programme Healthy Brain, Happy Club because it is similar to a radio programme. State agencies should help the elderly get jobs as well, so they can be independent. These are things that state agencies should plan to assist the elderly in the future," said Dr Sookjaroen.