In pursuit of academic freedom

A temple is more than a place of worship. Located on a bank of the Chao Phraya River, Wat Thong Noppakhun is offering food for democratic thought. Surrounded by leafy trees, its library is now home to a large number of non-official history books, some of which are controversial in what remains a conservative society.

Inspired by the Siamese Revolution, a group of university students recently launched the 1932 People Space Library project in the neighbourhood of Klong San to promote open discussion of the country's recent history. As the old saying goes, history repeats itself. The library is located in the same temple where their predecessors once gathered.

"My friend made an interesting point that we don't really have libraries for people. There are only a few libraries in the capital where nobody cares to use them," said Saran Satchanon, one of the library's founders. "In the current political climate, what kind of library should we make for those who have no access to education? It should be open to all."

The founders -- including Saran, Apinan Pattanasiri, Kittiwat Uengcharoen and Chanin Wongsri -- left no stone unturned in their search for locations until Sulak Sivaraksa, a prominent social critic, allowed them to use the Patranusorn Library in the temple, which is under his care. A new collection of over 200 books came from various sources, bringing the total to more than 2,000 items. 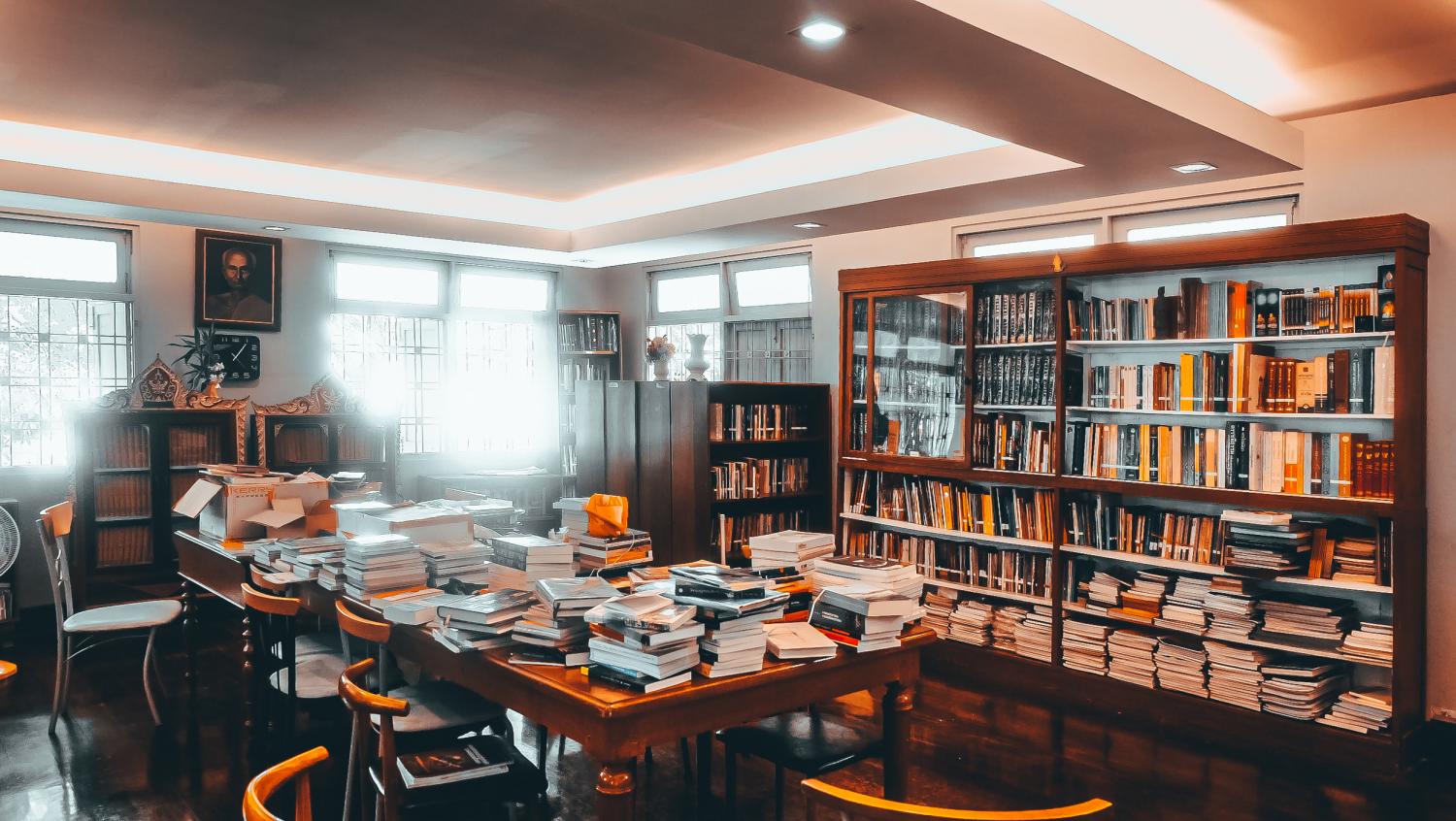 "We chose the temple's library because not only does its prior books suit our taste but its simple design and warm atmosphere makes it a good place for spreading ideas," he said. "It houses many books in the arts and social sciences because we want to present alternative history to counter state propaganda."

Visitors can leaf through a wide range of influential books from Siam Mapped: A History Of The Geo-Body Of A Nation by Thongchai Winichakul, a historian who was a student leader on Oct 6, 1976, to Prawattisat Thi Phueng Sang (Recently Constructed History) by Somsak Jeamteerasakul, a historian who is living in exile in France to escape lese majeste charges.

"We are not given the freedom to read every kind of book," said Apinan. "A teacher once told me that we are half-blind in the Thai education system. We are concealed from the truth. With this library, new generations can decide their future without being influenced by certain values."

The project draws inspiration from the Siamese Revolution in 1932. Led by the Khana Ratsadon (People's Party), it marked the transition from absolute monarchy to a constitutional monarchy. In Oct 2020, various protest groups merged into the Khana Ratsadon, calling for the ouster of Prime Minister Gen Prayut Chan-o-cha, a charter rewrite and monarchy reform.

Unlike other libraries, conversation, especially about politics, is allowed in the 1932 People Space Library, reviving the atmosphere of a coffeehouse forum. A long table, occupied by books, is provided for debate.

Kittiwat said it is open to visitors regardless of their political background. Many guests come here to discuss a wide range of topics from banned books to socialism.

"Even a monk has visited this library. If you meet him elsewhere, you must treat him with respect but here, we are on an equal footing. For example, we could talk about the monk's cost of living and his view on the monastic community," he said. "I hope that this kind of library will spread around the country." 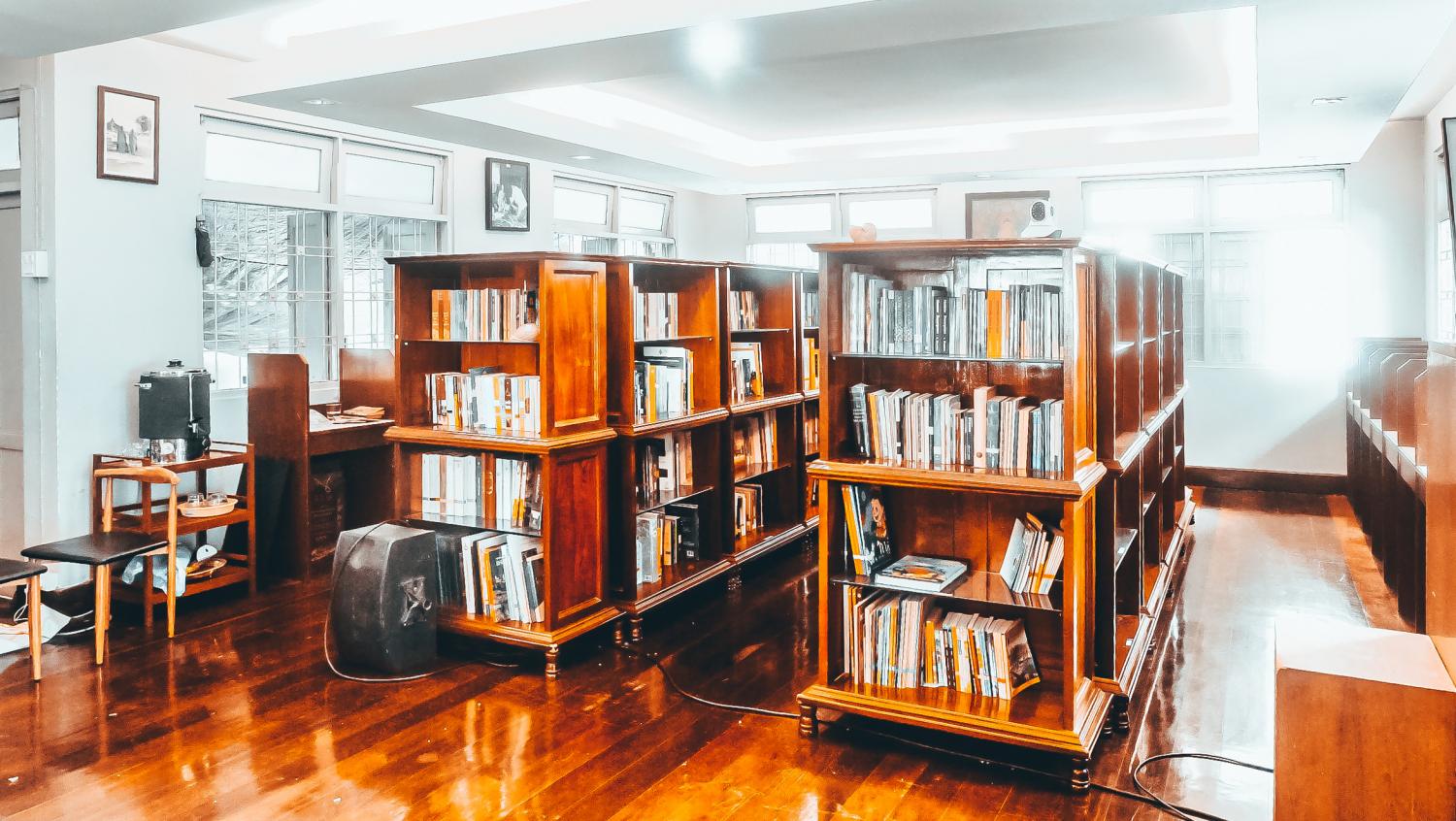 Chanin echoed the same view. He would like to create a public space where academic freedom is upheld.

"Knowledge shouldn't be forbidden. Many books have been banned such as those by Jit Phumisak. Academic freedom must exist at all costs. We will fight and campaign for social development via the library."

The project plans to collect a complete range of history books from the popular uprising of Oct 14, 1973, to contemporary politics from 2006 onwards. It plans to organise monthly lectures on topics of interest and art exhibitions. Besides financial support, founders receive donations and sell books to fund the upkeep of the library.

When the library opened on Jan 22, the next day plainclothes police officers reportedly seized Nitarn Wad Wang, anti-112 stickers, and a red flag without a search warrant. However, authorities later returned them, calling it a misunderstanding. The incident came after police had raided the Fah Diew Kan publishing house on Jan 20. 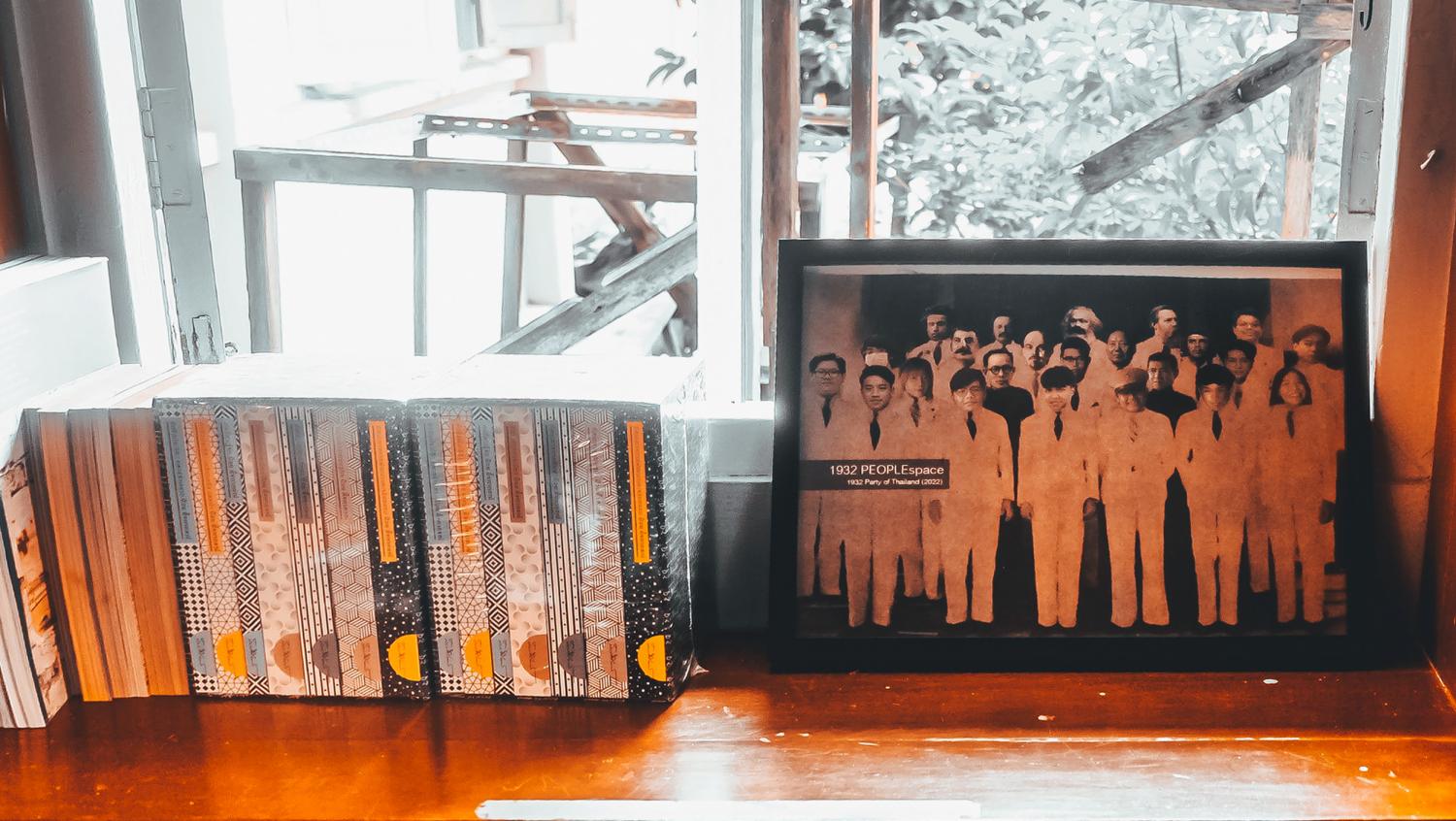 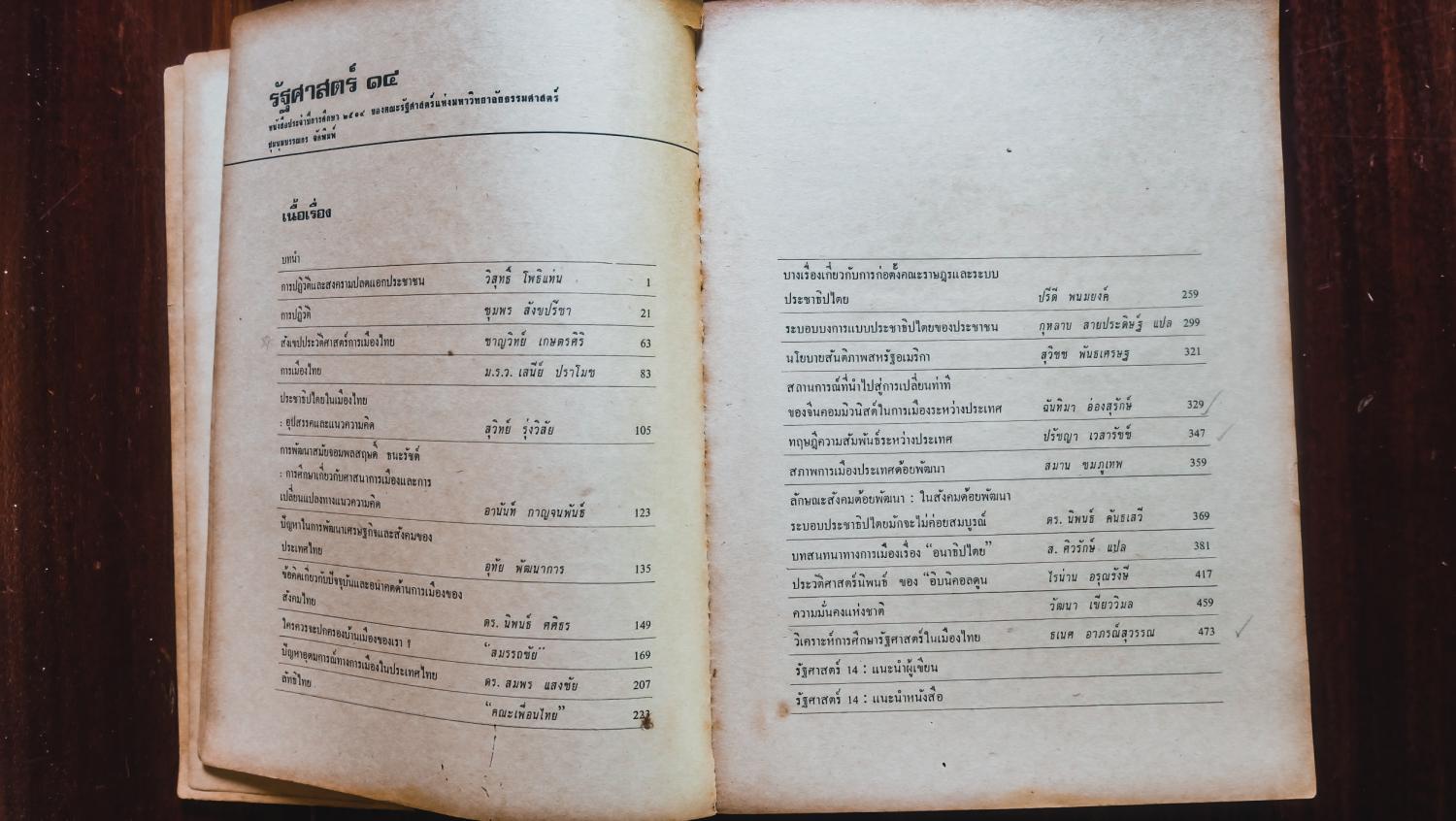 In fact, a youth-led intellectual movement is not something new. Sulak Sivaraksa, a highly respected scholar, explained how his journal, Sangkhomsat Parithat (Social Science Review), paved the way for the emergence of the Yuwachon Siam (Siamese Youth), a group of progressive-minded students in the 1970s.

"Crackdown on political dissidents intensified under the dictatorial regime of Field Marshal Sarit Thanarat. At the time, I was living in the UK. Upon return, I founded Sangkhomsat Parithat [in 1963]. However, years of suppression aroused great interest among university students," he said.

Sulak said his involvement in public lectures led him to use an old temple for holding discussion groups inside Wat Bowonniwet. He invited renowned speakers like Sanya Dharmasakti and Puey Ungphakorn. It was followed by Sapa Na Dome at Thammasat University, Sapa Gafae at Kasetsart University, and others. 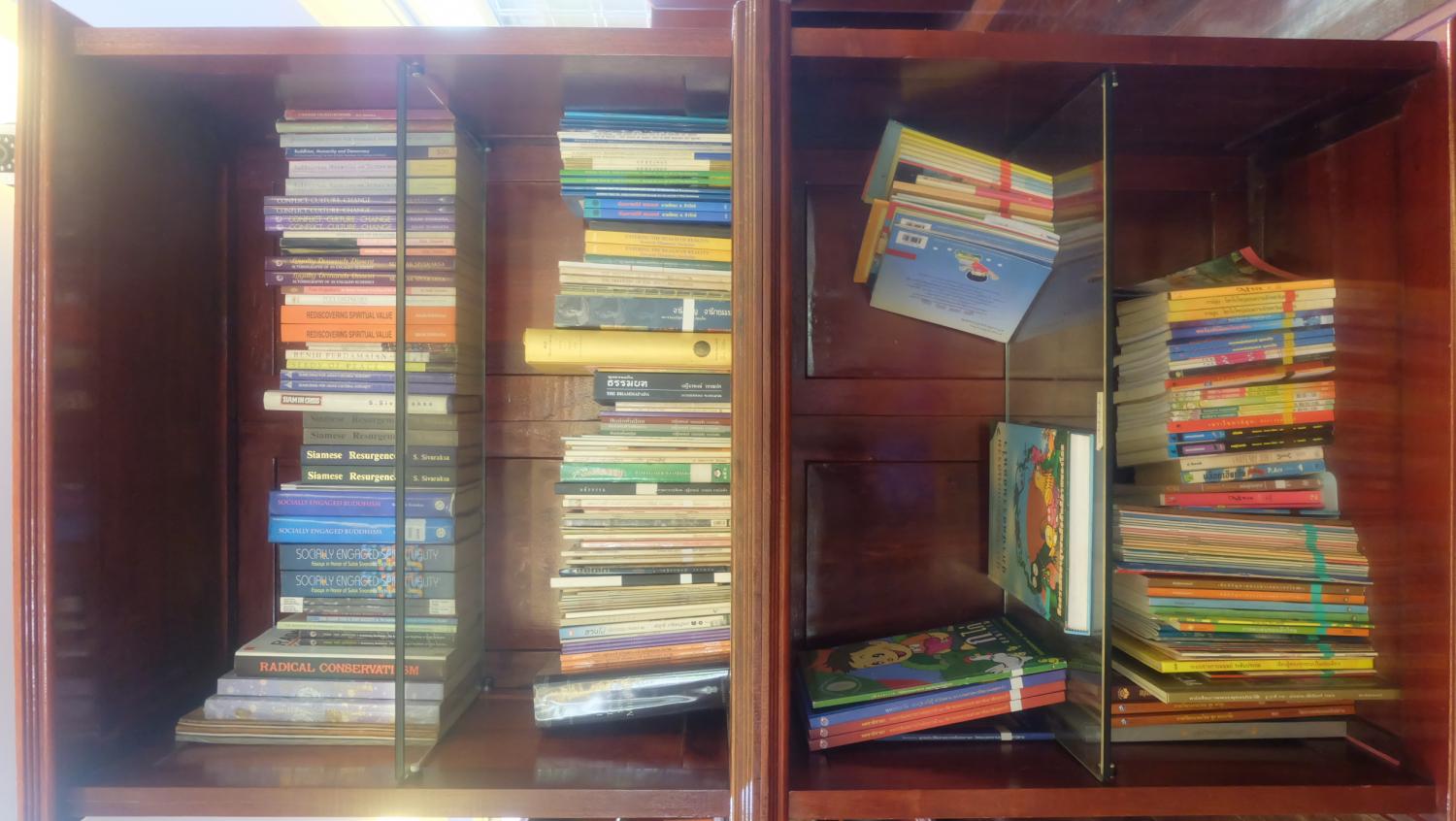 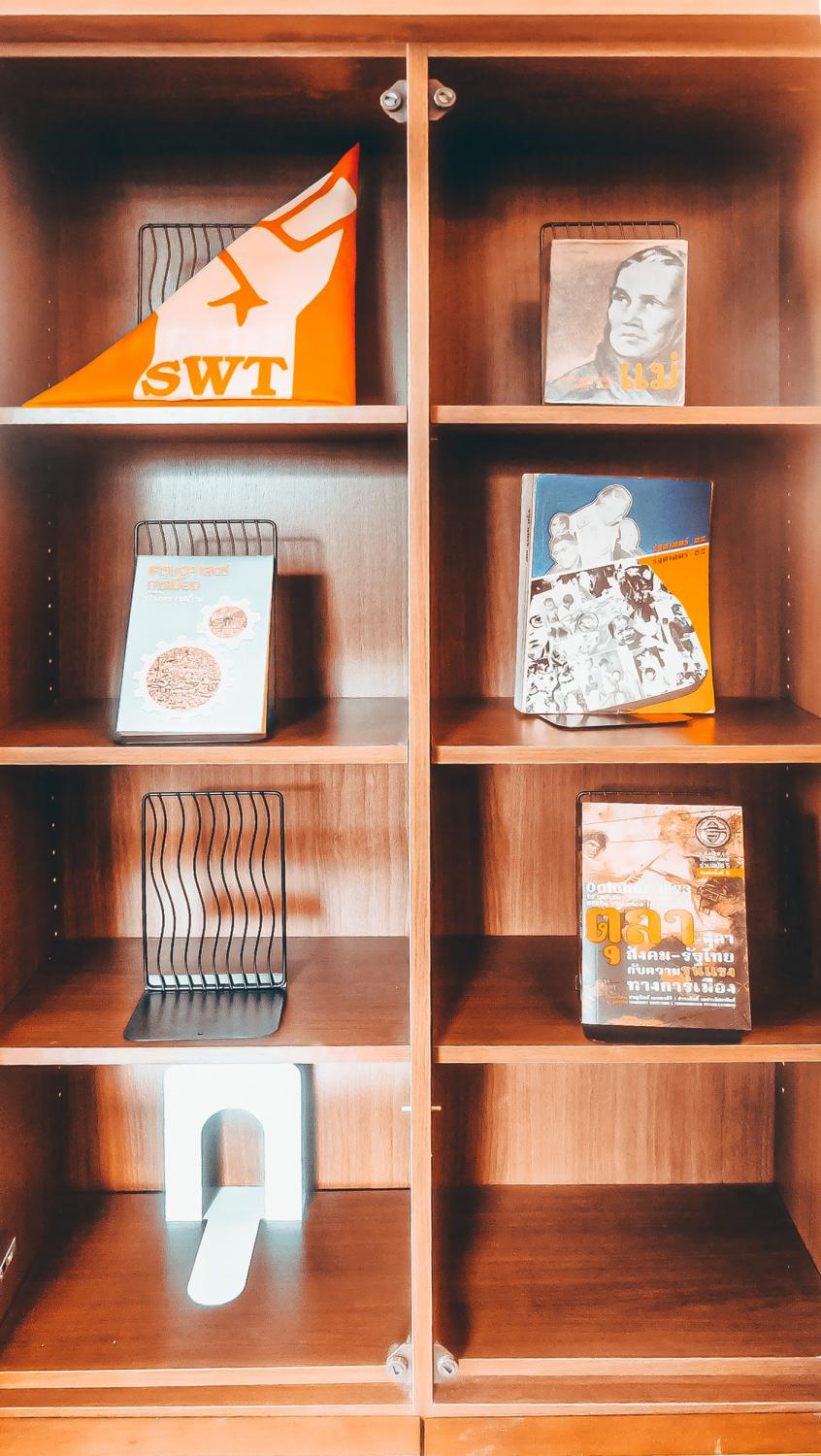 On the shelf are rare books, including a translation of Maxim Gorky's Mother by Jit Phumisak. (Photo: Thana Boonlert)

"As David Morell and Chai-anan said, the popular uprising of Oct 14, 1973, began with a small step like this. Subsequently, Pracha Hutanuwatra and his friends founded a new group, Yuwachon Siam, and gathered for the first time in Pathum Thani," he said.

Kullacheep Worapong, a member of the now-defunct Yuwachon Siam, said students once met at the cubicle of Phra Maha Sathianphong Wannapok at Wat Thong Noppakhun. Influenced by Komol Keemthong, a teacher who was assassinated, they founded the group, organised camps for development, and issued a journal, Yuwathat, about education and socialism.

"It dealt with Nicholas Bennett, Julias Nyerere and Paulo Freire. It was not until after the popular uprising of Oct 14, 1973, that the influence of socialism began to dominate. Then it became part of the left-wing," he said. "It declined because of conflicts of interest. Many members joined the Communist Party. It came to an end when the Oct 6, 1976, massacre occurred."