"Year Of The Tiger: Same Routine, New Stripes", a limited series of illustrations by award-winning political cartoonist Harry Harrison will be auctioned online starting on Thursday at 10am to March 9 at 10am Bangkok time.

The auction features a selection of six one-of-a-kind framed illustrations by a long-time contributor to the South China Morning Post, a leading global news company that has reported on China and Asia for more than a century.

Regarded as one of Hong Kong's top political cartoonists for over 20 years, Harrison's drawings perfectly depict all the foibles, quirks and contradictions of life in a city grappling with Covid as it heralds the Year of the Tiger in 2022.

With the use of a pen and watercolours, he not only captures the tone of the new normal after Covid but also skilfully conveys a satirical take on the existential sentiment and cultural paradox of living in Hong Kong during the Covid pandemic. 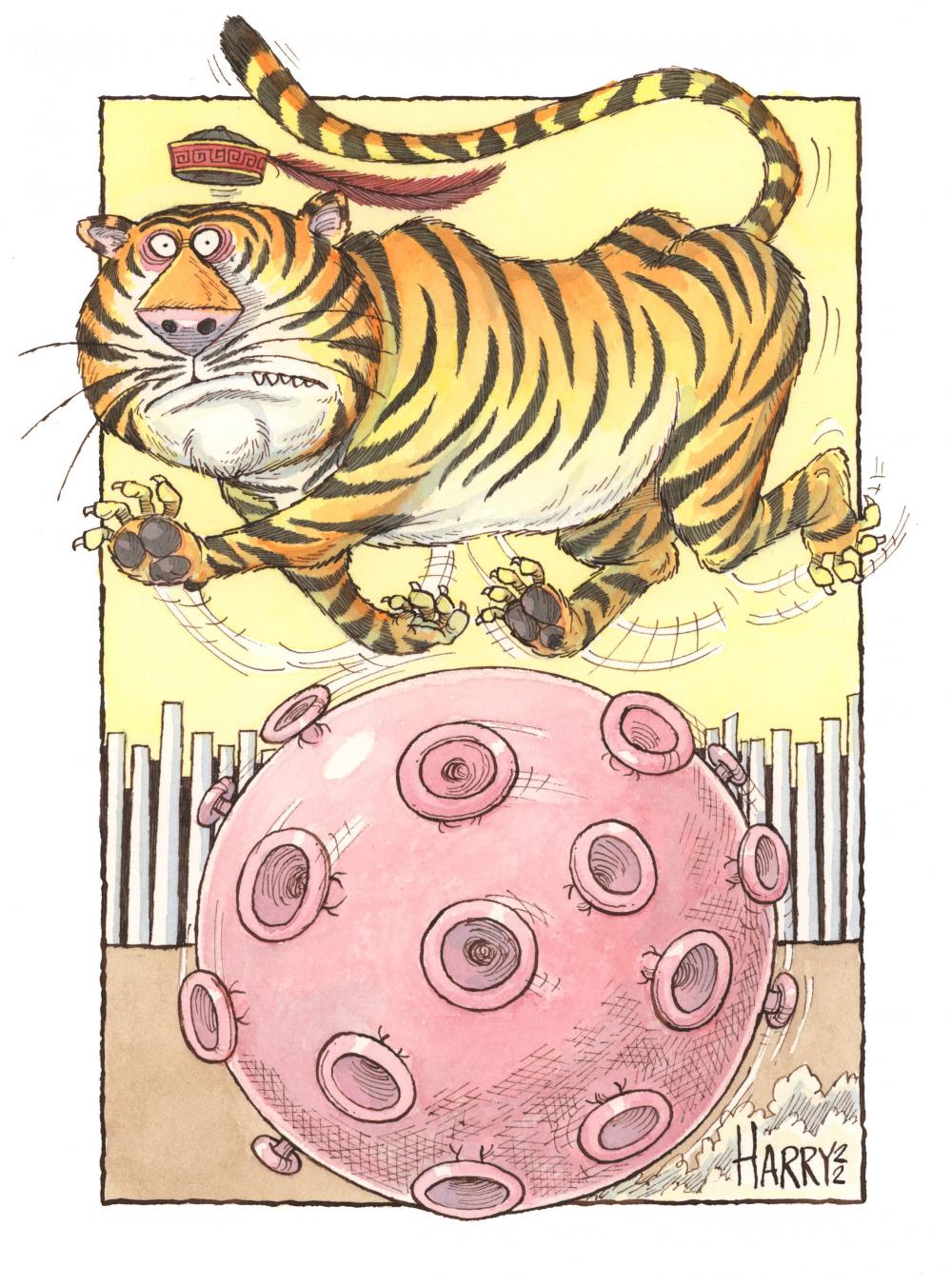 Largely inspired by his observation of how the pandemic has revealed Hong Kong's stripes as the city turns the page in 2022, the collection is aimed to bring some much-needed humour and levity to his fans.

The six illustrations include Skin Deep, The Poisoned Chalice, The Covid Treadmill, The Negative Test, Hysteria and No Exemption.

A Briton who regards himself a Hong Konger after 27 years there, Harrison drew his first cover cartoon for the paper a week after the handover in 1997 and since 2001 his work has appeared every day in Harry's View. His art has delighted the readers with its signature style and skilful comic rendering of current events.