Postponed since 2020 due to Covid-19, Thailand Biennale had a grandiose opening last December in Pak Chong and Phimai in Nakhon Ratchasima. Held under the themes of "Butterflies Frolicking On The Mud: Engendering Sensible Capital", "Nature Reigns Supreme In The World. Art Is Having Freedom In One Self" and "Soeng Sin Thin Ya Mo" (Celebration Of Art In The Land Of Ya Mo), the Office of Contemporary Art and Culture (OCAC), Ministry of Culture and Nakhon Ratchasima (Korat) co-hosted the events with a budget of over 120 million baht.

As part of the Thailand Biennale, there was a commemoration exhibition by HRH Princess Chulabhorn Krom Phra Srisavangavadhana on the occasion of receiving the cognomen Sirisinlapin, which means artist of auspicious grace, from the Ministry of Culture. The international pavilion at Pimanthip Art Gallery, Pak Chong, displayed her artworks along with Thai and international artists. In Korat and Phimai, performances with troupes, parades and fireworks have been celebrated. Civil servants in Thai costume performed the Korat cat dance as they writhed under the belly of Queen Cat by Krit Ngamsom. The OCAC proudly announced that Thailand Biennale in Korat would generate income. 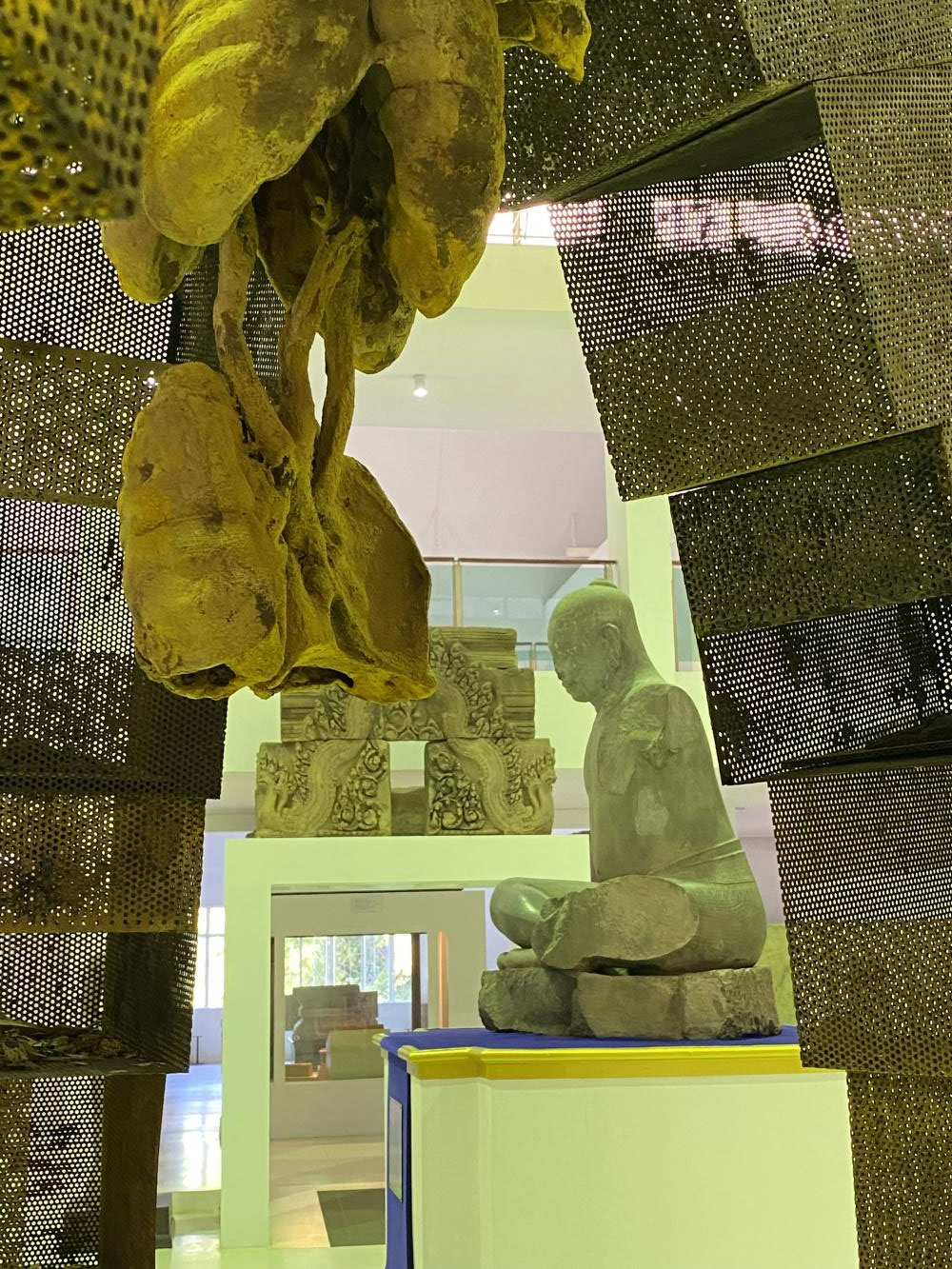 Yuko Hasegawa, a renowned Japanese curator, was selected as artistic director of the Thai-Japanese curatorial team featuring Seiha Kurosawa, Tawatchai Somkong and Vipash Phurichanont. I went to meet Hasegawa in Korat two weeks after the opening and she explained the concept of sensible capitalism as an alternative to current global capitalism by referring to the theory of social common capital by Hirofumi Uzawa which enriches lives in both material and spiritual terms. By making art in relation to the natural environment and social infrastructure, Hasegawa shifted contemporary art to universities, museums, zoos, public areas and heritage sites.

When I asked Hasegawa about obstacles during preparation for Thailand Biennale, she could not hide her frustration about the "super bureaucratic" OCAC in handling logistics and communications. She seemed resigned with the appalling disorganisation and unreadiness of the Thai bureaucratic system. Hasegawa returned to Tokyo the following day while many art pieces were still not installed. Some had not even arrived in Korat. With delays in transportation and video installations, parts of the Thailand Biennale had to be temporally closed. 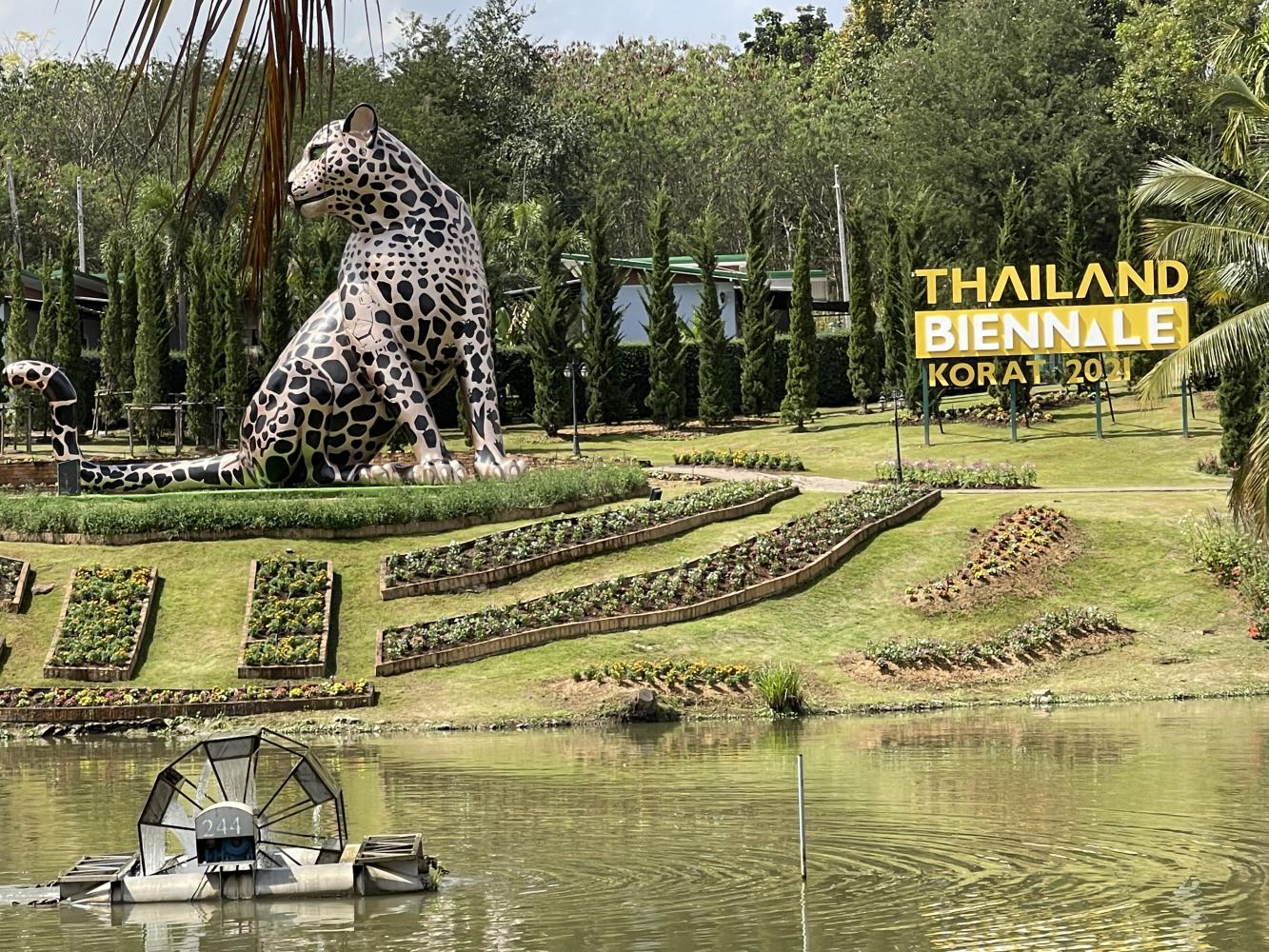 Below HRH Princess Chulabhorn's The Tiger That Protects Water outside Pimantip Gallery, Pak Chong. Apinan Poshyananda and courtesy of OCAC Out of 53 artists from 25 countries, 10 international artists came to work on site. As each venue was far from the other, it was a burden for viewers to travel from one side to the other. The most impressive works are at Phimai National Museum and Rachamangkhla Institute of Art which are 80km apart.

Nature's Breath: Arokayasala by the late Montien Boonma stands among ancient works including Portrait Of Jayavarman, Bayon Style (13th Century AD). Montien's metal boxes are delicately balanced as metal lungs sprinkled with medicinal herbs. A dialogue between heritage and contemporary is found in Rudee Tangcharoen's Kan Doenthang 2021: Coexistence, a video documentary of the ancient lost wax casting processes and cylinder-shaped bronze bells connecting the history of Isan and the current era. In contrast, in "Village Traces", YANTOR, a Japanese fashion brand collaborates with villagers in Korat that specialise in silk and pha sin. Exchanges between Korat weavers and Japanese designers trace the rich history and indigenous culture of the silk industry. 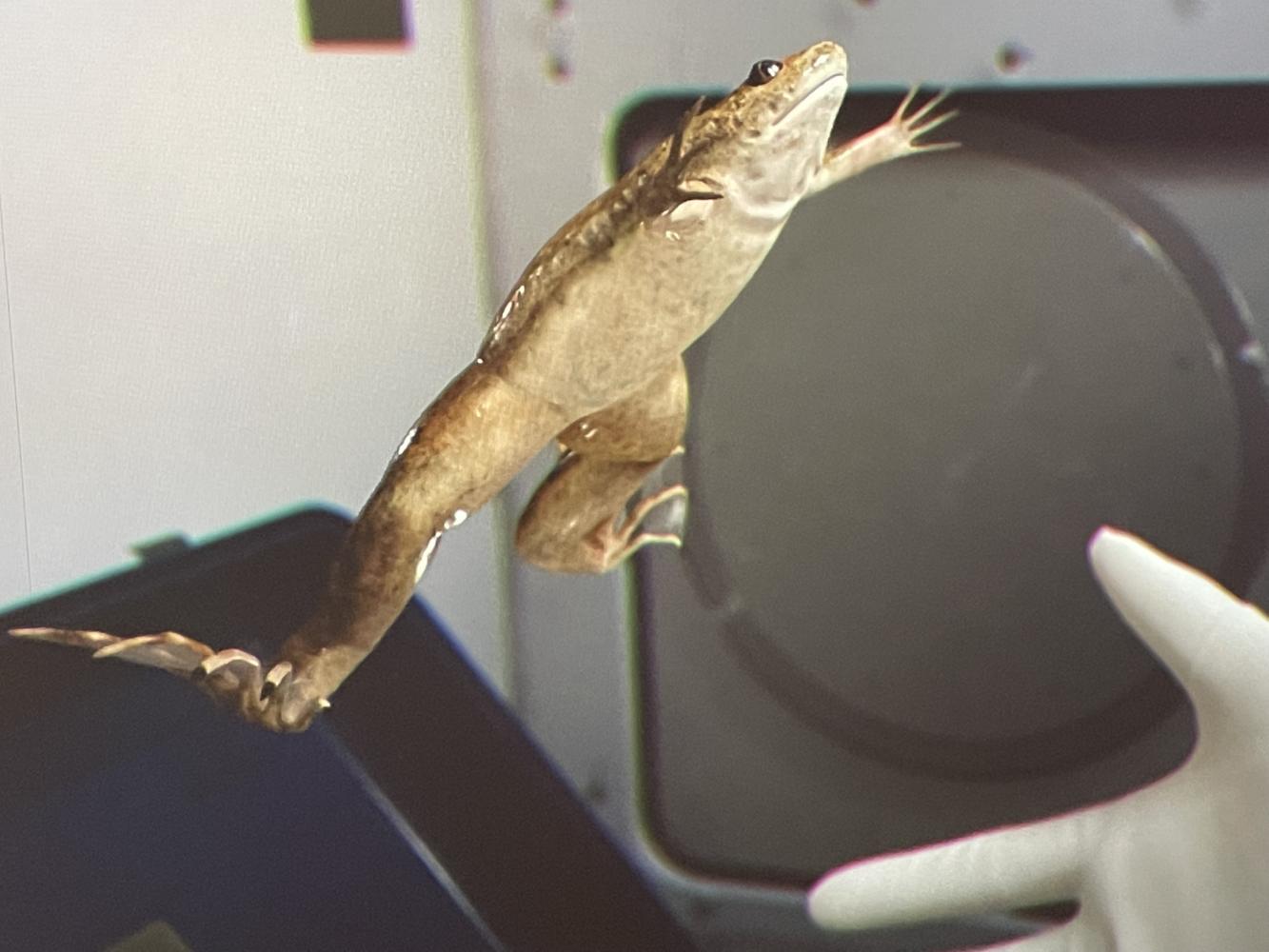 Shilpa Gupta's stainless-steel book covers of anonymous authors who conceal their identity in fear of discrimination are placed on shelves next to headless Dvaravati sculptures to create a powerful juxtaposition between nameless authors and artisans. In an immersive video installation by Yang Fudong, recordings of serene environments of Prasat Phimai heritage site against the backdrop of Shanghai's busy metropolis seem to glide between overlapping time zones. In Memories In Light by Tsyuyoshi Tane, sound installation reactivates archaeological ruins outside the open storage at the Phimai National Museum. The ancient carvings of deities seem to come alive with sounds of chanting and soft light caressing the coarse sandstone surfaces.

In Korat Zoo, viewing art became frustrating due to the heat. Deer and peacocks became spectators gazing at human species huffing and puffing as they wandered aimlessly in search of artworks. With no directions, some viewers ended up among cute artificial dinosaurs as they mistook them to be part of the Thailand Biennale. Rice Tower by Boonserm Premthada is inspired by traditional rice barns made by local craftsmen with wood and bricks. Nearby, Bianca Bondi's installation relates to salt as part of survival by animals and humans. Bondi placed flowers as a symbol of fertility for Thai cranes, rare birds which have been saved from near extinction. In contrast, Pomme Chan's installation at the dinosaur theme park consisted of ceramic tiles decorated with ecological forms from the Korat Plateau. These colourful decorations were fun for visitors. Sadly, the addition of augmented reality was often out of order.

In Thai Crane Research Center Building, X.Laevis (Spacelab) by John Gerrard uses algorithms and computer rendering to create an African clawed frog suspended in zero gravity in the clinical space lab. Gerrard reminds us of the interplay between scientific research and animals as experimental specimens in a world where man attempts to conquer nature. Zai Tiang's Redder, is a sound installation inspired by the eastern sarus crane, a bird previously extinct in Thailand. Breeding and survival are parallel themes of co-existence among humans and animals. 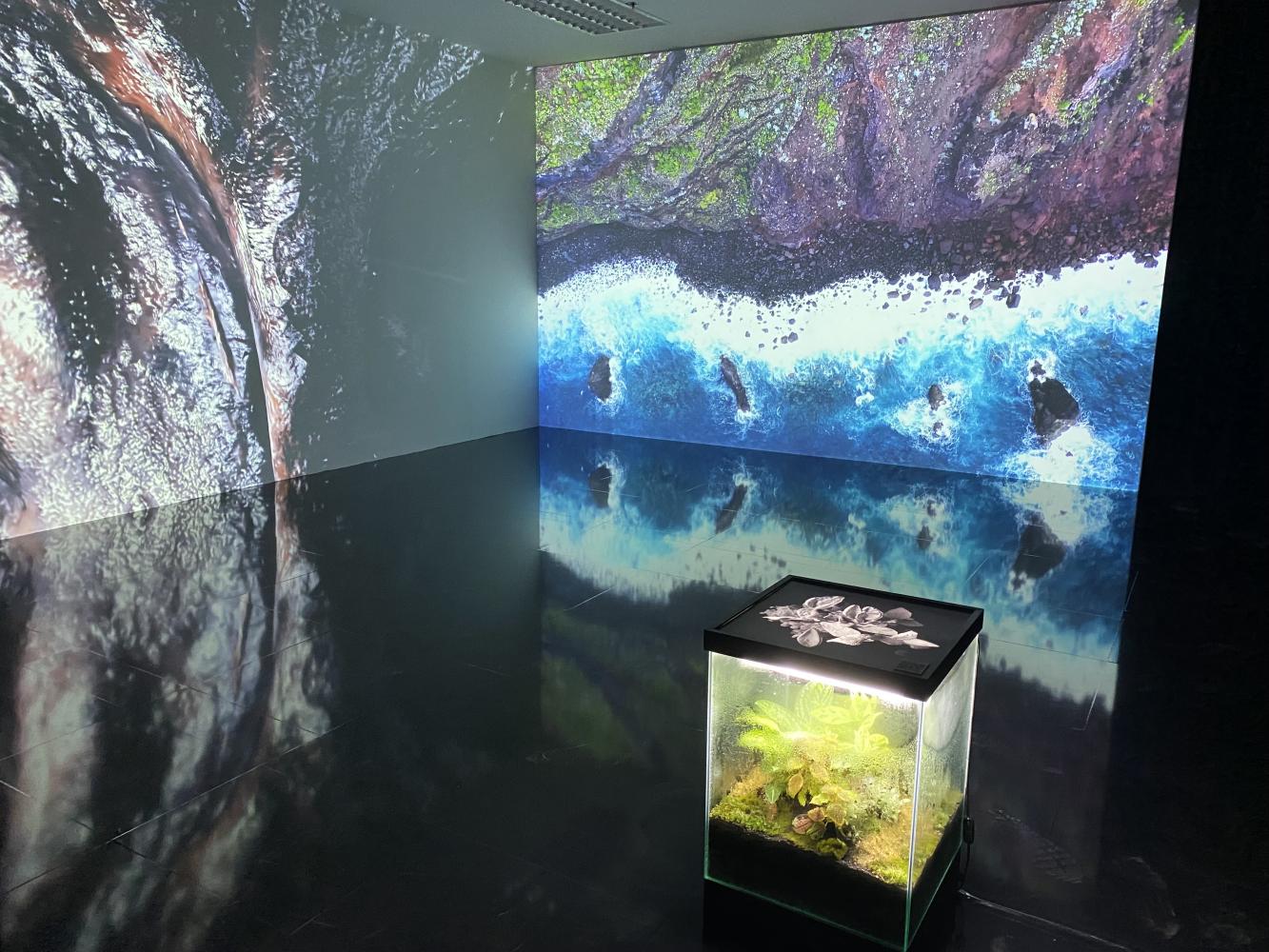 Sculptures at public places require time and patience. Sandra Cinto's The Wishes Boulevard comprises 5,000 ceramic tiles created by local children under the theme of the cosmos in relation to the future of Korat. Nearby, Ylang Montenegro's Skinship comprises aprons and plants that relate to migrant workers and diaspora during the pandemic. Her subject on female struggle and bravery fitted well in the context of Thao Suranari (Ya Mo), the heroine of Korat and female performers who redeem vows for worshippers. Sim Isan by Alongkorn Lauwatthana and Homesawan Umansap relate to local folklore and zodiac signs. As a shelter, architecture with lively murals was built for visitors to rest from the scorching heat. At Somsed Temporary Cultural Center, Giamcomo Zaganelli collaborated with local art collectives in Korat to convert the abandoned building into a lively public space of creative activities. Unfortunately, Rainbow Carpet by Junya Ishigami, who won the Golden Lion at the 12th Venice Architecture Biennale, was nowhere to be seen.

With an overemphasis on engendering sensible capital, Hasegawa's curation overlooked pressing socio-economic-political issues that are the cause of the destruction of ways of life, devolution and disruption. Korat was the epicentre of Khmer heritage as well as the heart of local resistance against central bureaucracy in the past and present. Some Thai activist artwork relating to the centre-periphery struggle would have added to the richness of the Thailand Biennale.

There was an overall ambience of exclusivity as viewers entered the royal residential grounds with high security. They had to register, pay an entrance fee and take off their shoes upon entering a carpeted, air-conditioned art gallery. The artworks of the Princess' doctoral thesis were richly displayed accompanied by lavish catalogues. Like entering into Henri Rousseau's animal world, wild beasts were in abundance. Viewers can interact and enjoy capturing animals in augmented reality. In this exhibition, Panya's curatorial practice was put in an awkward situation. As artists selected by Panya do not relate with Hasegawa's theme, and as a satellite event, it added confusion to Thailand Biennale. By bringing Louis Bourgeois' public sculptures Hold Me Close, donated by Krabi province in remembrance of the 2004 tsunami, Panya did not ask permission from the Bourgeois studio. Furthermore, the curatorial team wrongly placed the sculptures in a mirrored room with multiple reflections making it look gimmicky and playful and thereby completely destroying the original intent of the artist who wanted to evoke feelings of remembrance and remorse. Sadly, Panya, the national artist-cum-chief curator did not know the intention of Bourgeois regarding her site-specific public art. 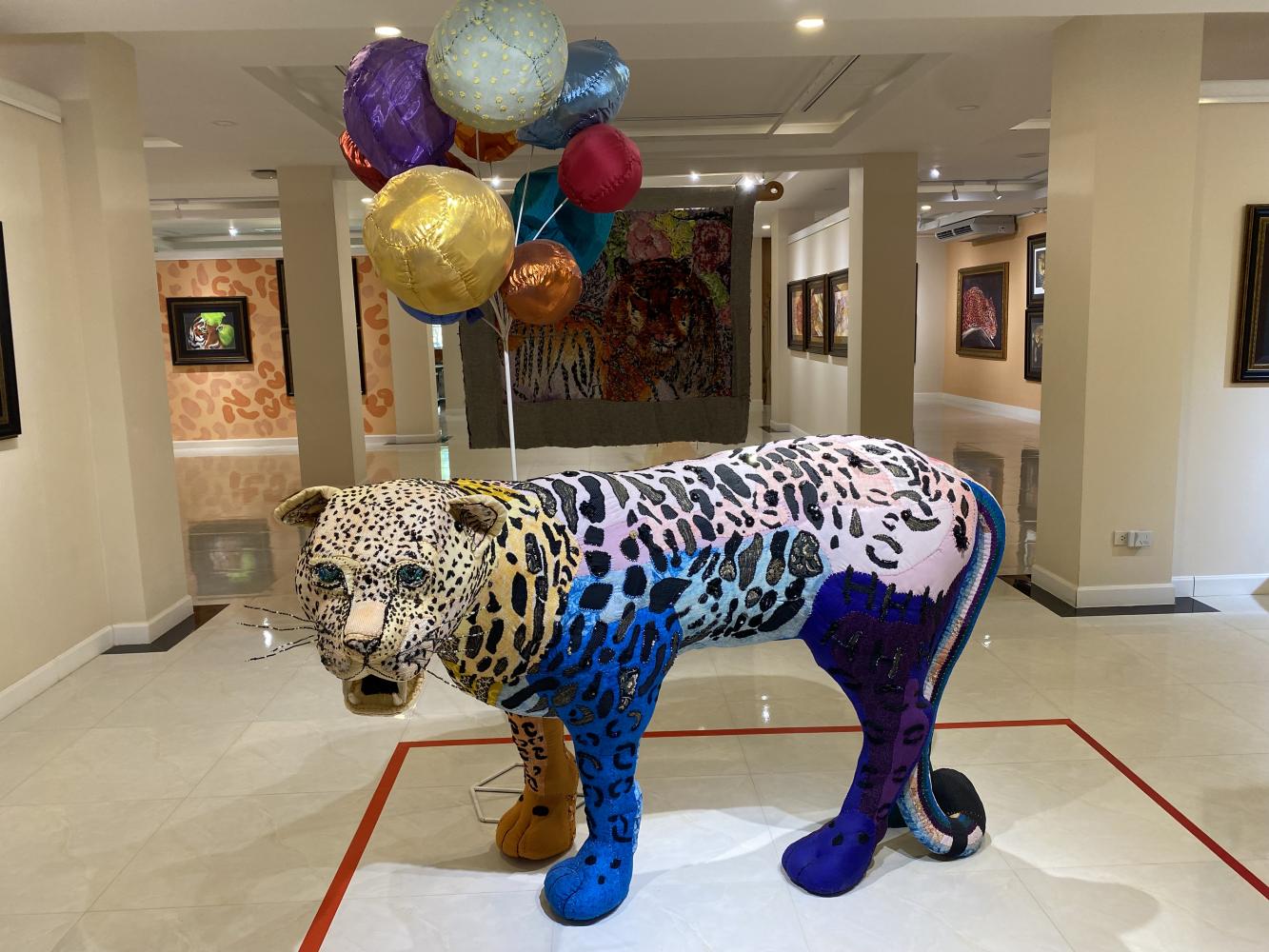 Explanations are required from the Ministry of Culture, and especially the Office of Contemporary Art, as to why there were so many flaws and mismanagement by organisers of the Thailand Biennale (the former OCAC director tasked with the project was Vimolluck Chuchart). With an enormous budget and plenty of time for preparation, the second edition of the Thailand Biennale did not live up to international standards. Lack of co-ordination led to delays in the transportation of artworks in time for the opening. Poor communication between OCAC, Ministry of Culture and Korat province resulted in poor direction, information and tours. With no symposiums or art talks, the public and students missed the opportunity to appreciate some fantastic works. Onsite, we expected the Thai curators, Tawatchai and Vipash, to be giving guided tours and talks with artists. In addition, there were works by local artists from Korat, Krabi and Chiang Rai at Terminal 21 in Korat selected as part of the Thailand Biennale. These artists were omitted from the OCAC website and Facebook has limited information.

The most troublesome question is why the Minister of Culture Itthipol Khunpluem did not appoint a successor to the outgoing Vimolluck, who retired last September. Instead, the position was left empty for three crucial months during preparation. Consequently, mismanagement resulted in shambolic confusion. Sadly, as we enter the last month of the Thailand Biennale there seems to be little attempt to salvage the damaged image of what should have been an incredible international art event in Korat.

The recent handing over of the Thailand Biennale flag by Prime Minister Prayut Chan-o-cha took place online as the governors of Nakhon Ratchasima and Chiang Rai attended the ceremony while Itthipol has not even visited the exhibition in Korat. They seemed to be unaware or do not care about the disappointing outcome of Thailand Biennale Korat 2021. All smiles until we meet again in the next frolicking season at Thailand Biennale Chiang Rai in 2023.

Thailand Biennale Korat 2021 is on view until March 31. Visit thailandbiennale.org.

Prof Apinan Poshyananda is on the committee of the Asian Council, Solomon Guggenheim, New York, and a member of the Research Panel, National Gallery Singapore. 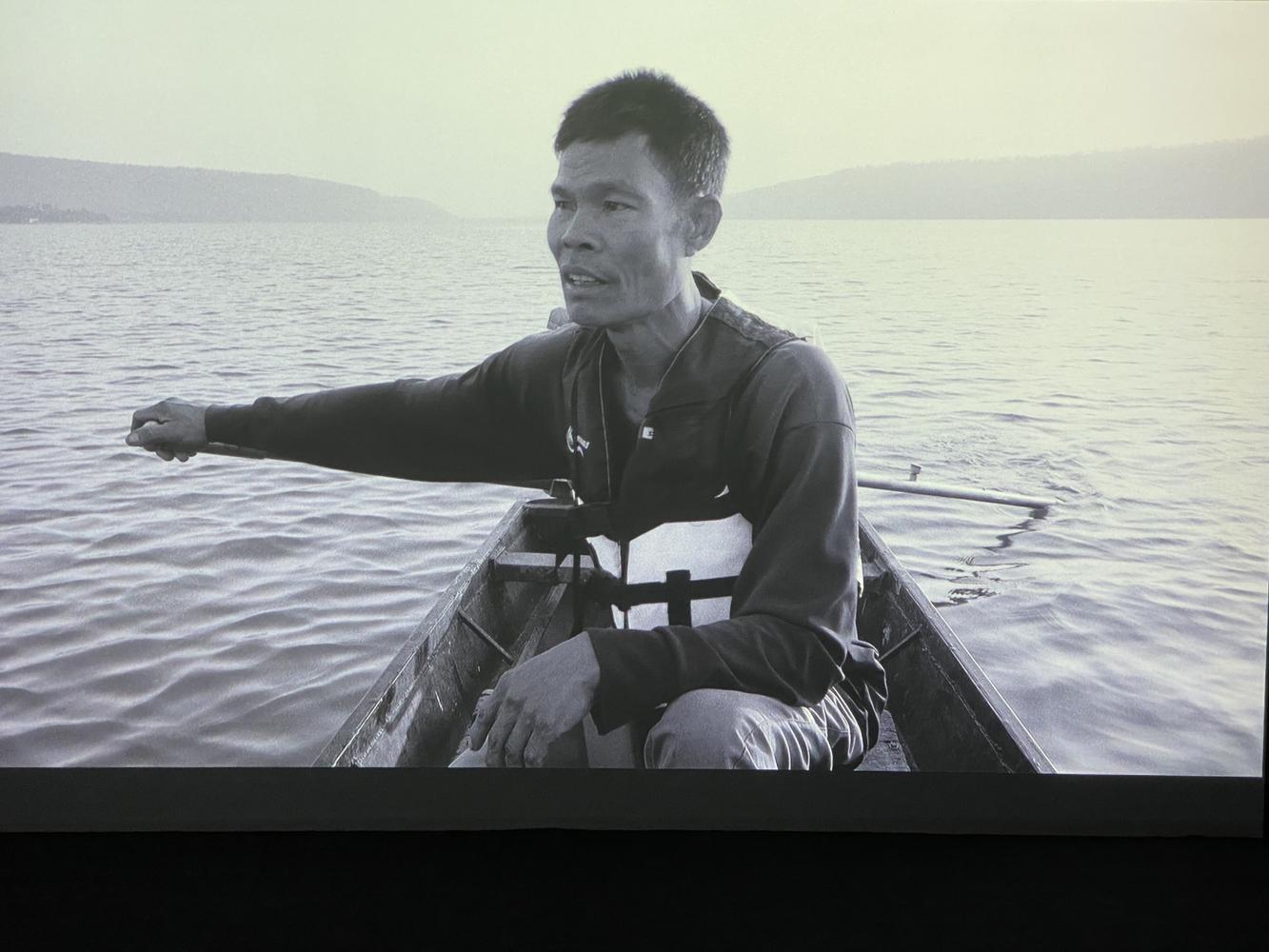 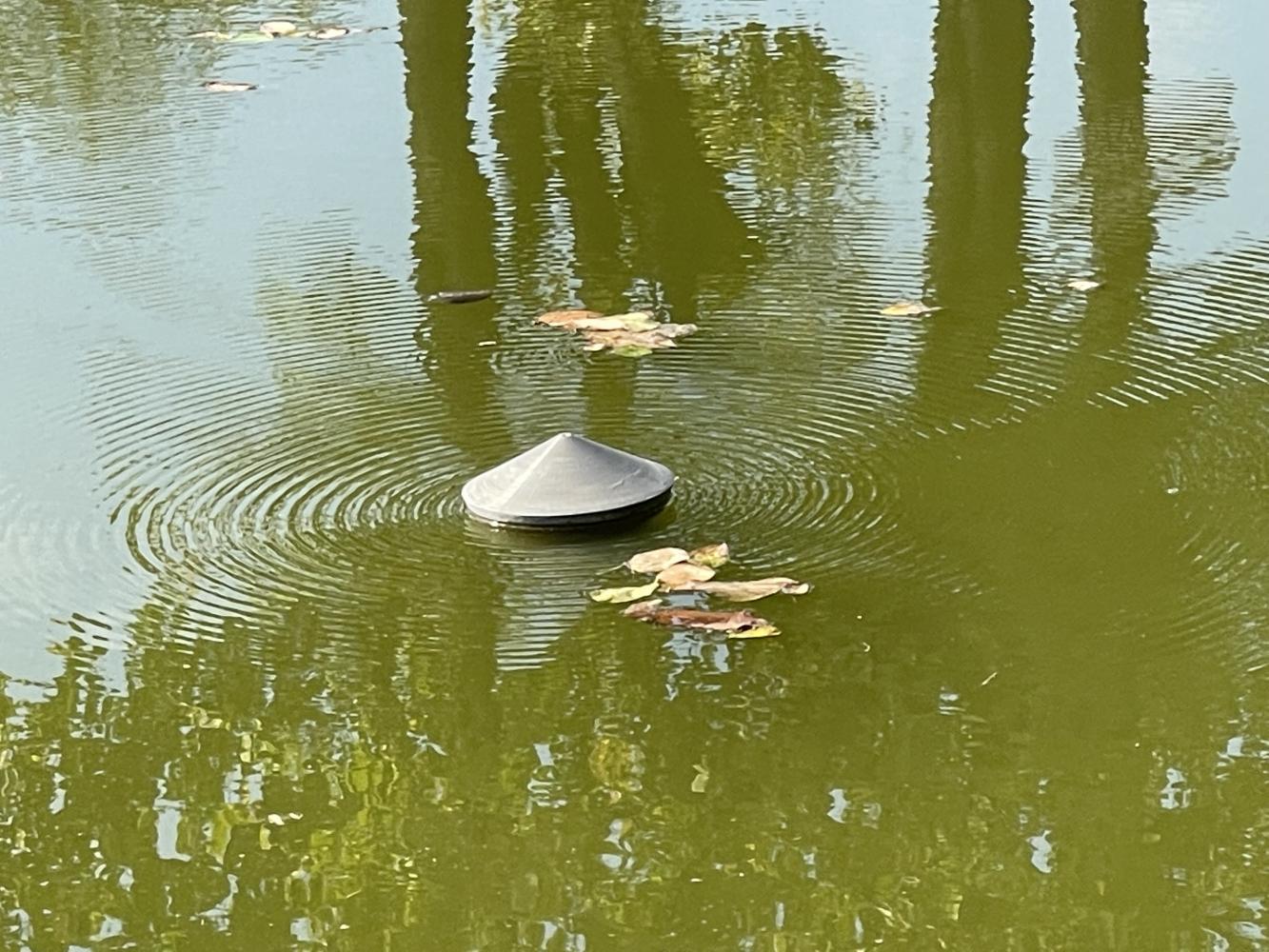 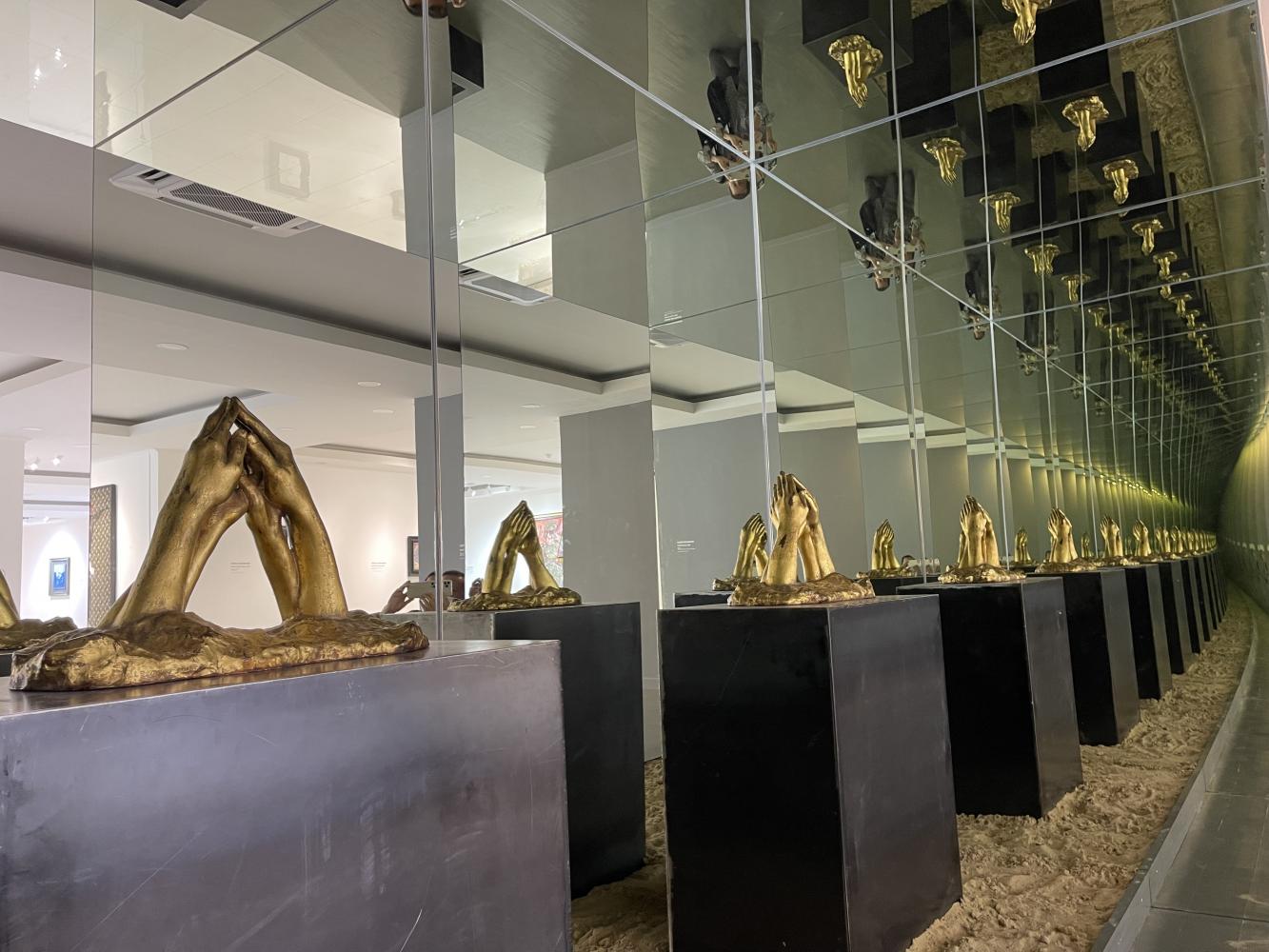 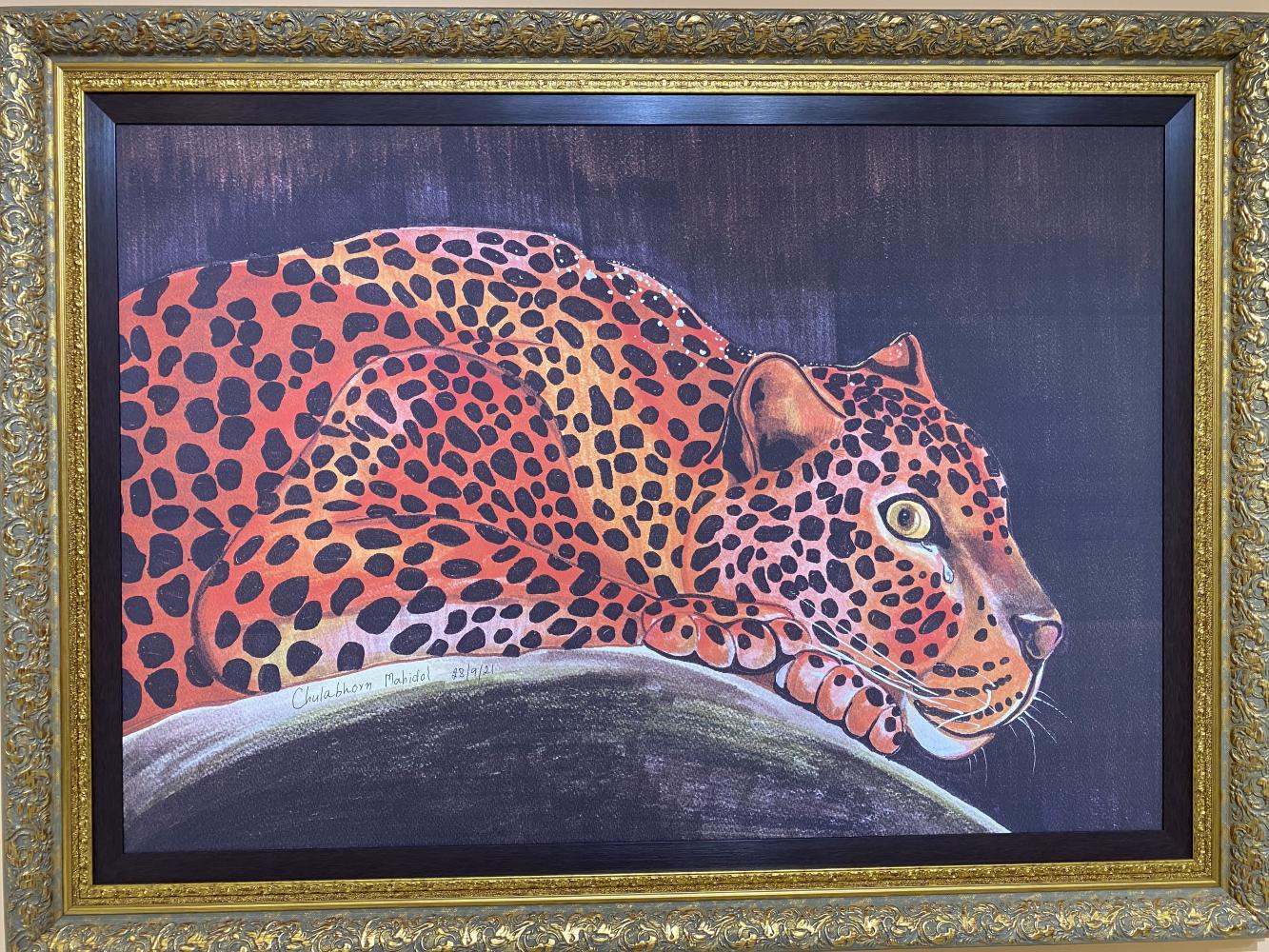 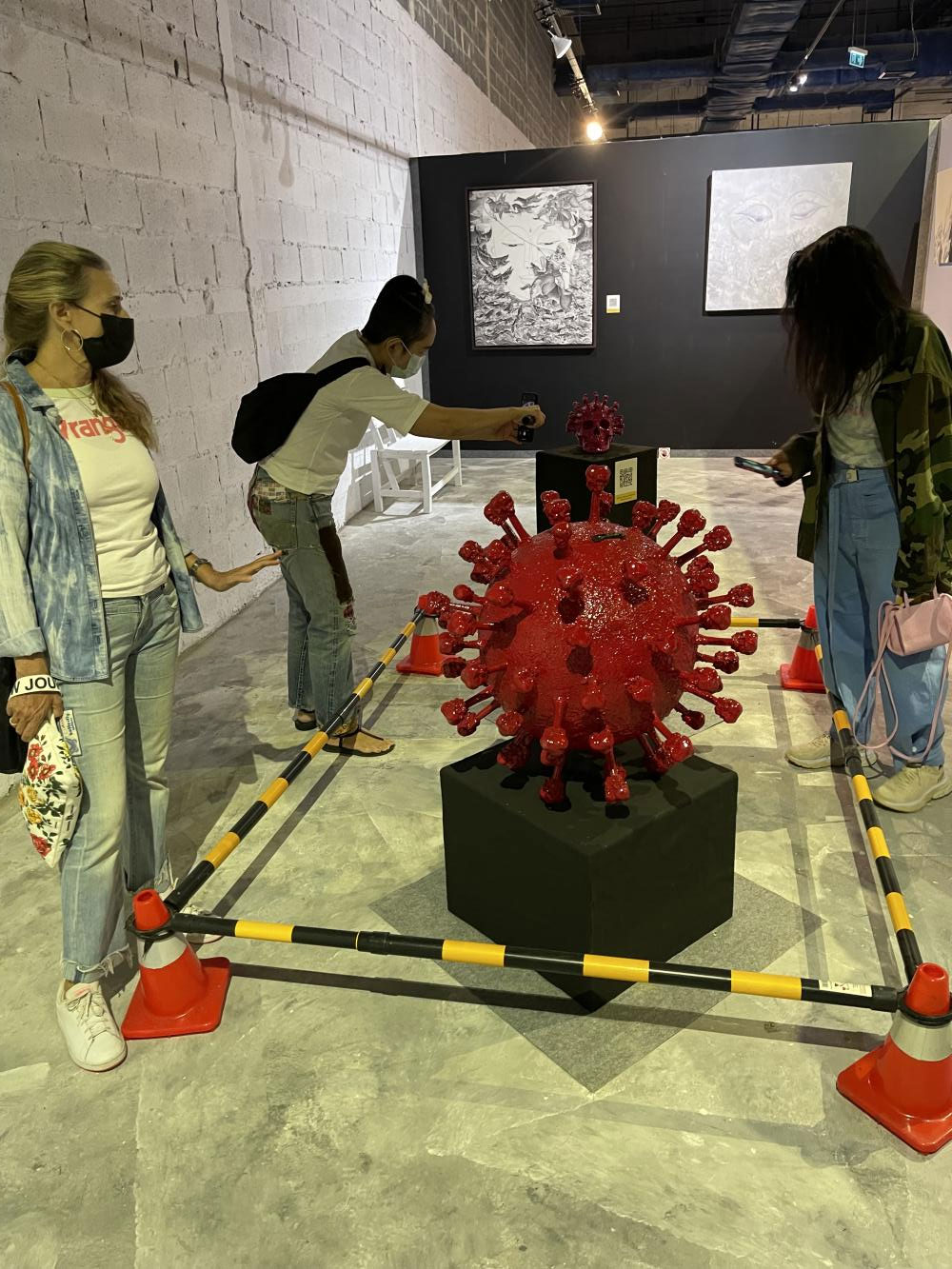 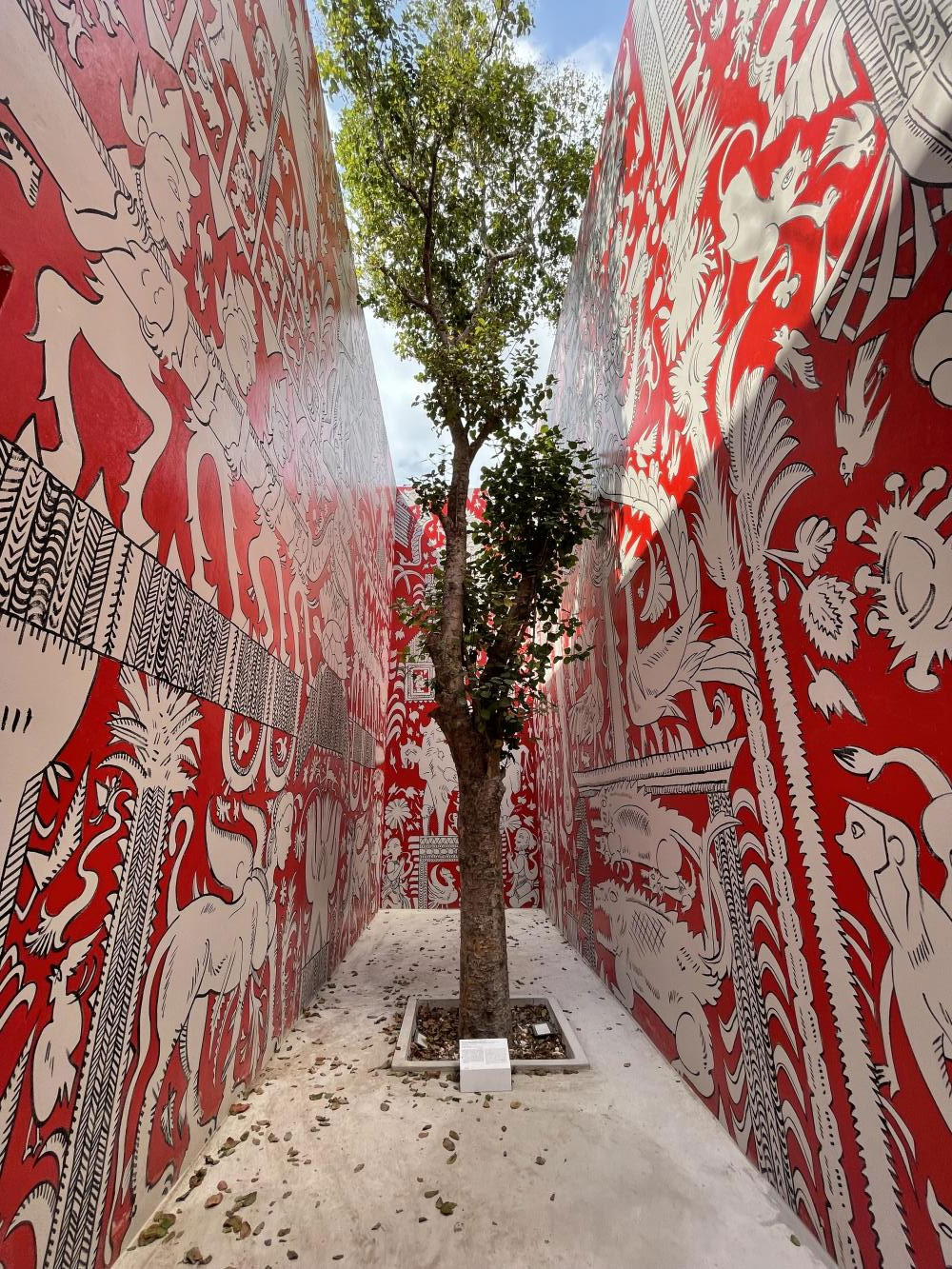